Accessibility links
Dan Crenshaw, Navy SEAL And Congressman-Elect, Takes To 'SNL' For A Teachable Moment Republican Dan Crenshaw is one of at least 16 veterans who were newly elected to the House in the midterm elections. 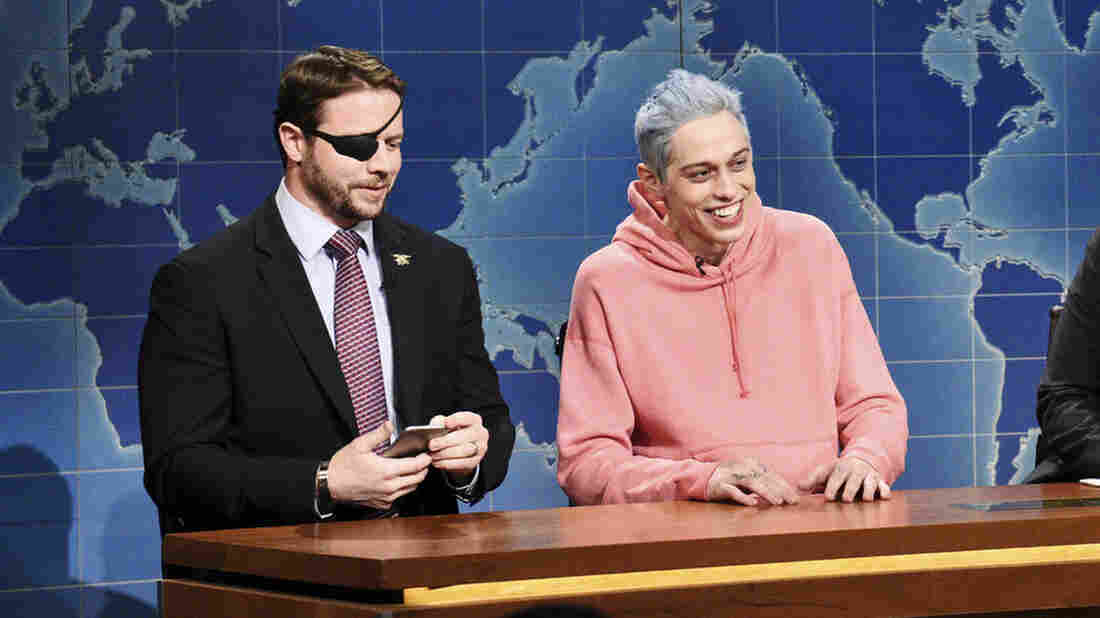 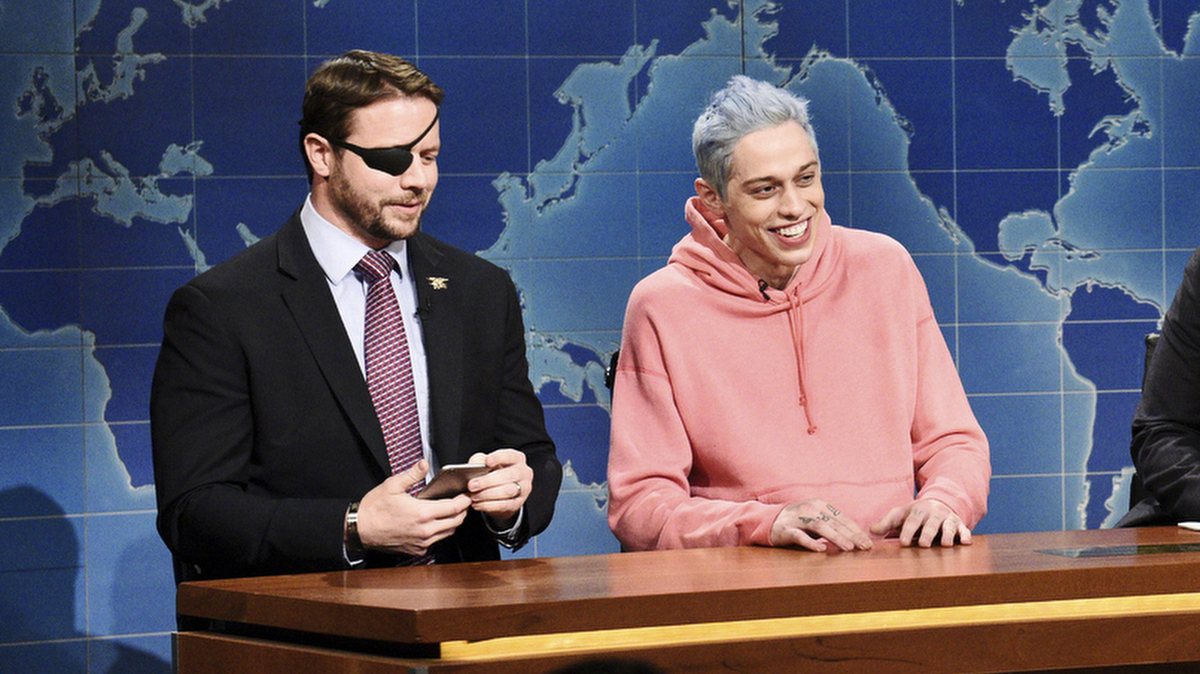 Will Heath/NBC via AP

Thirty years ago, more than half of the members of Congress were veterans — many from the World War II generation. Recently, that number has hovered around 20 percent — a decline that some observers link to a loss of civil discourse and bipartisan compromise. With only about 1 percent of Americans serving, there's also a gap of understanding between vets and civilians.

Which is what brings comedian Pete Davidson into this story.

Davidson made a joke on Saturday Night Live the weekend before Election Day, making fun of Texas Republican Dan Crenshaw for wearing a black eye patch. Crenshaw lost his eye to a bomb blast during his third combat deployment. He recovered, remained in active duty, and deployed twice more before a medical retirement in 2016. A year later, he returned to Texas and launched a bid for Congress.

Social media took umbrage on his behalf, but Crenshaw got the last laugh — as well as a chance to push a message he held throughout his run for Congress.

On Saturday, four days after he won his race, Crenshaw appeared next to Davidson on SNL, and after roasting the comedian with a bunch of prepared jokes, he accepted his apology. Crenshaw then offered up a lesson about civility in politics.

"The left and right can still agree on some things," Crenshaw said, adding that "Americans can forgive one another. We can remember what brings us together as a country and still see the good in each other."

The remark wasn't out of character for Crenshaw, or for the dozens of other veterans who ran for Congress in this year's midterm elections. At least 16 veterans were newly elected to the House, according to a tally by the University of San Francisco and the nonprofit Veterans Campaign.

"What's exciting about this group of vets that have won is that they've committed to talk to each other, and get things done," says former Marine Rye Barcott.

It's not just rhetoric, Barcott said. He has the commitment in writing.

Barcott leads a superPAC called With Honor, which funded dozens of veteran candidates, both Republicans and Democrats. All those candidates, including Crenshaw, signed a pledge to meet with members of the opposite party, co-sponsor legislation and serve with civility.

"The core of the mission is serving in a cross-partisan way. Lord knows we need it right now," Barcott said.

As rare as that sort of cooperation is these days, Democratic representative-elect Mikie Sherrill said it's what her constituents in New Jersey told her they wanted.

"Certainly the issues that people are concerned about are tax reform, health care reform, infrastructure spending," the former Navy pilot said. "But then the narrative beyond all that is, you know, 'Mikie, can you just promise me that you're going to go try to get Congress to work again, that you're going to put the country first and not spend all your time and effort fighting Republicans?' "

Sherrill is one of several female veterans heading to Congress in January. A notable number of other female combat pilots ran, including MJ Hegar of Texas, who flew medevac choppers in Afghanistan; Amy McGrath of Kentucky, who flew jets in Iraq and Afghanistan; and Arizona's Martha McSally, who flew a fighter jet in Iraq. Hegar and McGrath both lost narrowly. Votes are still being counted in McSally's Senate race against Democrat Kyrsten Sinema.

Sherrill says vets may have been brave or naïve — or both — about running.

"A lot of the veterans, myself included, that stood up to run this cycle ran in districts that most people said at the beginning ... were unwinnable," she said.

Sherrill flipped a seat in New Jersey's 11th district that had been controlled by the GOP since 1982.

Americans rank Congress among the least respected public institutions but hold the military in the highest regard, according to polls. Candidates such as Crenshaw and Sherrill say their military service has fostered a baseline of respect and pragmatism they hope will spread in the next Congress — and continue as a new generation of veterans begins to enter politics.