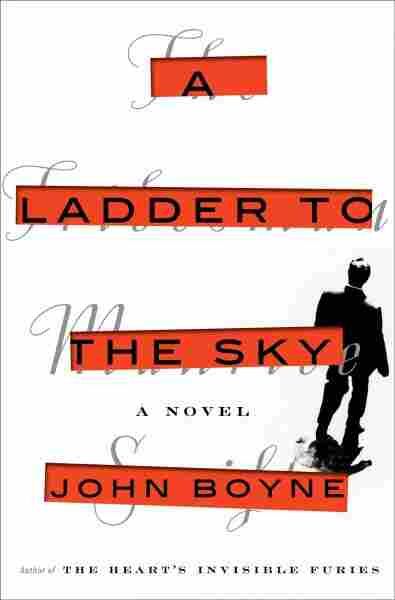 A Ladder to the Sky

Title
A Ladder to the Sky
Author
John Boyne

Take Meg Wolitzer's novel (now also a film) called The Wife, about a brazen case of literary ghostwriting, and cross it with Patricia Highsmith's classic Ripley stories, about a suave psychopath, and you've got something of the crooked charisma of John Boyne's new novel, A Ladder to the Sky.

What a tonic this book is for anyone who feels the world is too much with us these days! Maliciously witty, erudite and ingeniously constructed A Ladder to the Sky explores the cold outer limits of ambition.

It also raises a question about intellectual property rights: Namely, who do stories belong to? The people who live them and sometimes write them, or the people who need them the most? The answer here isn't as straightforward as you'd think.

Boyne's anti-hero is named Maurice Swift. When we first spot him in 1988 across a crowded dining room, Maurice is a gorgeous young man in his early 20s, working as a waiter in a West Berlin hotel. He's graced with full lips and a mop of dark hair and he exudes "the sweet and intoxicating scent of boyish perspiration."

That besotted description comes courtesy of our narrator, a much older gay writer named Erich Ackermann, who's arrived in Berlin from England to give a reading of his prize-winning novel Dread.

Erich is lonely and he invites Maurice to have a drink with him. They talk about books because — surprise, surprise — Maurice wants nothing more than to be a successful writer himself. There's one hitch, though. Maurice writes beautifully, he has a gift for language, but as he tells Erich:

I'm not very good at thinking up plots. ... I feel like all the stories in the universe have already been told. ... Sometimes I think I would be better as a musician. The type who writes the words but lets someone else come up with the melody.

Erich takes pity on this aspiring young writer and hires him to be his assistant. In return, Maurice, who's a literary vampire, encourages Erich to unburden himself and talk about an appalling incident from his own youth in which he aided Nazis in World War II Germany.

Maurice promptly appropriates the story for the plot of his debut novel, which becomes a bestseller. In interviews, Maurice announces that his character is based on Erich Ackermann who, in turn, is fired from his post as a university professor and whose books are swept off the shelves of bookstores across the world.

As critics and scholars self-righteously debate whether an author's works can ever be separated from his life, Erich descends into disgraced obscurity and Maurice blithely bounces off to suck plot ideas out of his next victim.

Part of Boyne's own brilliance as a storyteller is that, up until the very last chapter when we readers finally enter into Maurice's mind, we hear, instead, from a succession of narrators fated to become Maurice's prey. That approach only intensifies Maurice's enigmatic allure.

And, in his own audacious act of literary appropriation, Boyne sets a chapter in Italy where Maurice visits and tries to manipulate none other than Gore Vidal — the legendary silver-tongued writer and public intellectual. It's a rollicking, wicked section that tackles issues about authorial vanity and one-upmanship.

Boyne himself doesn't share Maurice's difficulties with generating plot: A Ladder to the Sky keeps twisting and turning in such slyly unpredictable ways that, honestly, I sometimes laughed out loud at Boyne's ingenuity.

But even the most resourceful con man ultimately runs up against the limits of age. By the close of this novel, Maurice is no longer beautiful. Here's a section where he scrutinizes one of his most important body parts:

I glanced down at my hands, which had spent so much of their lives typing away at a keyboard before me. My recollection of them was as smooth collaborators ... , but now, the skin was tight and my fingers appeared bony, the nails pockmarked, with large semicircles spreading outward from the cuticles, like slowly exploding planets. I was growing old, it was clear, and not gracefully.

In addition to all the other questions A Ladder to the Sky ruminates on, one of the most intriguing is the power of beauty to dazzle and, in particular, to make those people who possess it seem smarter and more talented than they may be. After reading A Ladder to the Sky, you may never look at an author's book jacket photo the same way again.