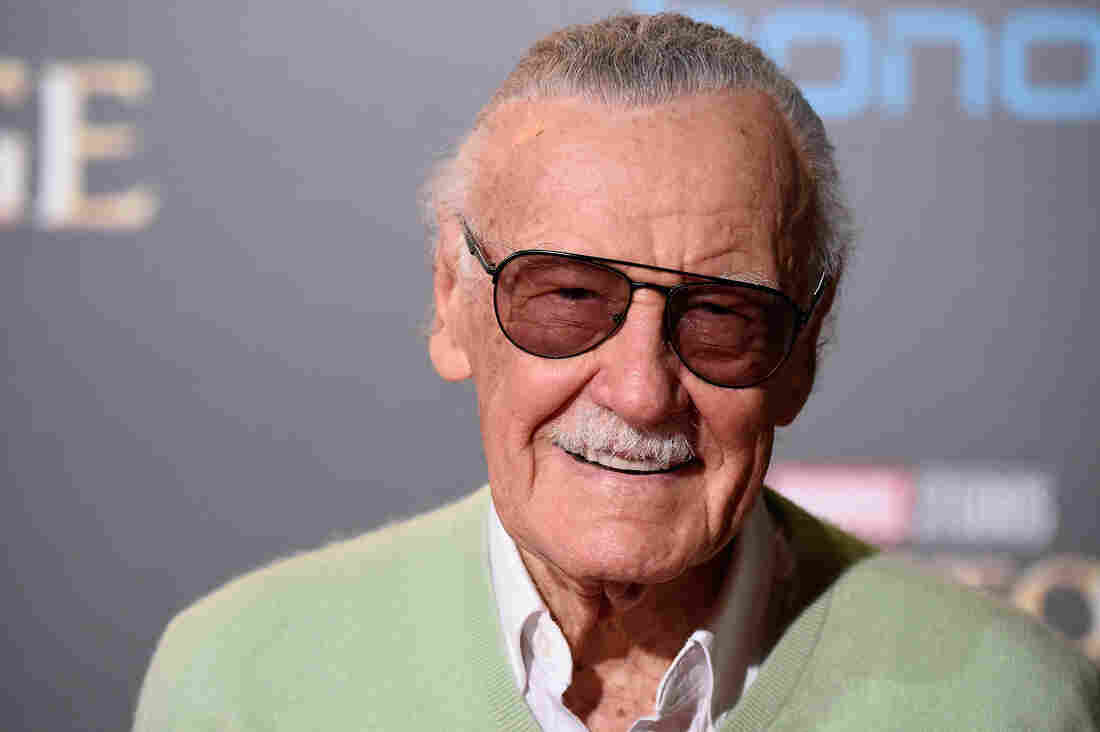 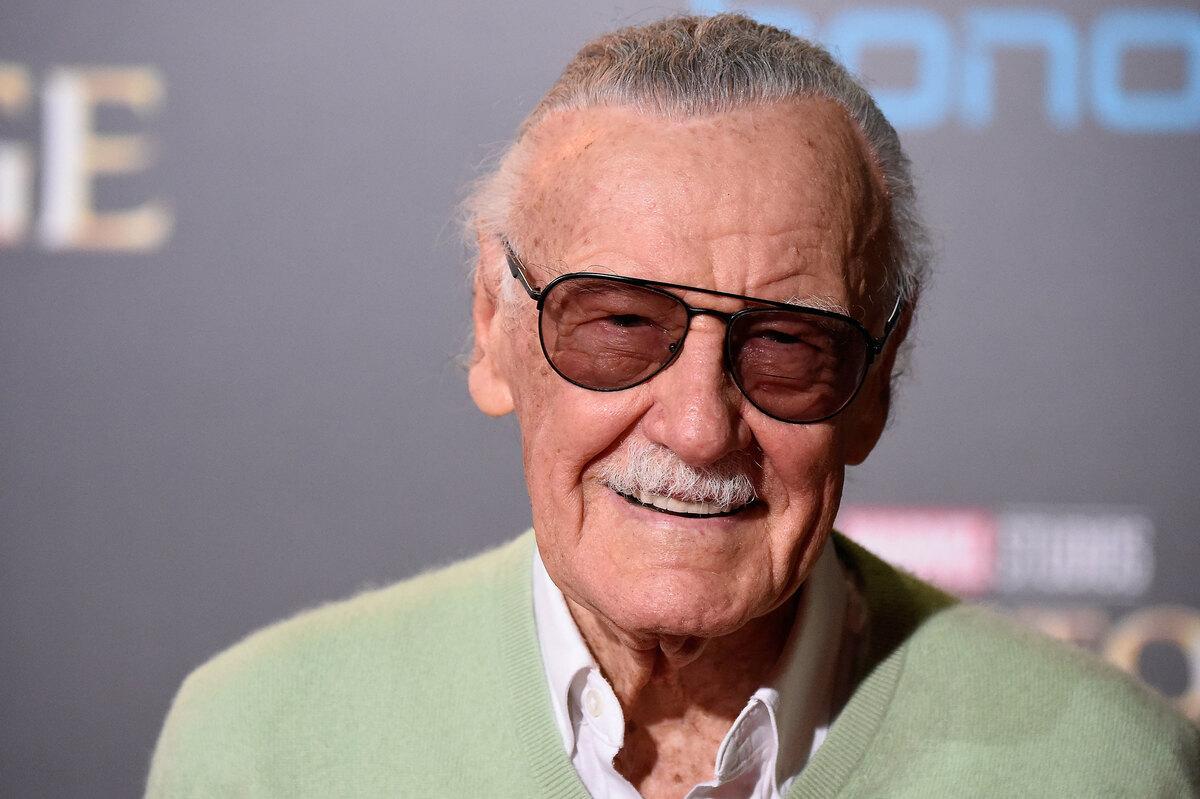 "Stan Lee" was a pseudonym. Which is to say: an alter ego. A larger-than-life persona whose secret identity was that of not-particularly-mild-mannered writer Stanley Martin Lieber.

Stan Lee's origin story lacks the cataclysmic, life-altering trauma suffered by the many heroic characters he co-created. But it is just as relatable, as it is marked by the kind of dashed hopes and frustrated dreams so many of us experience. The son of a dress cutter, Lieber dreamed of becoming a novelist — but he had taken a job as an office boy at Timely Comics, which was owned by his cousin's husband. By age 18, he had been hired as an editor. And that was, essentially, that: The work was demanding, yet he clung to the notion that he would one day find the time to become Stanley Lieber, Great American Novelist, author of high-minded short stories, novels, essays, plays. To keep that possibility alive, he determined to churn out his comics work under the name Stan Lee.

Those novels? They never happened. Stanley Lieber never found the time to write them, because Stan Lee became too busy. The characters and stories he created instead — with a lot of help from artists and co-plotters like Steve Ditko, Jack Kirby and others — have infiltrated the cultural ether, the very semiotic air all of us breathe. Around the planet, they are not merely recognized, they are embraced, imitated, argued over. Especially that last thing.

It'd be facile and fawning to call Stan Lee a superhero (a word best read in Lee's punchy Brooklynese: "SOO-puh-HEE-row!"). There's that mild, quiet-desperation origin story, for one thing. Plus he was a far more complicated character than even his most nuanced superhero creations. But you can't say the guy didn't come with a distinctive look, and a set of skills and abilities that set him apart.

So if not a superhero, then certainly something akin to one. Consider:

Stan Lee, in most cases, came up with the bold strokes. He would invite an artist into his office and proceed to act out the story, hurling his body through the action. He would leave them to design the costumes, and backgrounds and panel-by-panel breakdowns. When they were done, he would take a look at what they had drawn (which, if the artist was Kirby or Ditko, often differed greatly from the outline Lee had provided) and fill in the dialogue.

He urged them to go bigger, in every panel. Why have characters talk when they could shout? Frown when they could cry? Argue when they could brawl? No story, no page, no panel would be wasted on the inessential, the mundane. He told his artists to infuse the stories with big emotions, with metaphors the size of giants who could eat planets. Timely/Marvel's competitors at DC Comics had their own superheroes, of course, but they were given to sitting around conference tables and cooperating with one another. As a result, their stories felt staid, tidy. Small.

But Lee was always a company guy — an executive. True, he often petitioned for his bosses to increase artists' rates, but when it came time to fire them, he dutifully played hatchet man.

His true talents — the secret to his uncanny success — were closely tied to his company-man understanding of what his audience wanted. In 1961, he noticed that the young children at whom comics had historically been aimed were now teens, even young adults. The superheroes of the 1940s had appealed to their childish hopes and whims — to fly! to be the strongest! to be the smartest! — but those were tropes, not conflicts. Not stories.

He knew that readers of superhero comics wanted — needed — to see themselves in their pages, and if said readers were now teenagers, that meant that superheroes now had to reflect — had to radiate — teenage emotions. In place of joy, anger, sadness (the emotions of the elementary school playground) he imbued his heroes with angst, jealousy, depression, feelings of inadequacy (the emotions of the high school lunchroom and gymnasium).

They bickered. They wept. They felt crushing guilt. They fought giant cosmic battles while worrying about paying their rent.

As a result, they became a sensation.

As did Marvel Comics itself, under Lee's stewardship. Ever the tireless marketer, he knew how to transform this new approach to superhero storytelling into something more than just a narrative style — he made it a brand.

He did so by placing himself — or at least a depiction of his own grinning face — atop editorials and letter columns in the comics themselves, and cultivating a garrulous prose style filled with cornball brio, punchy catchphrases, a penchant for nicknaming Marvel staffers ("Sparkling Solly Brodsky! Jolly Ol' Jack Kirby!") and winking disparagement of DC Comics (which he labeled "Brand Ecch").

The net effect was not simply to endear himself, and Marvel comics, to readers, but to induce a kind of papal schism of comics publishing. Suddenly, there were fans of DC (booooo!), and there were Members of the Merry Marvel Marching Society, who rallied under the banner "Make Mine Marvel."

He made readers want to be a part of the exciting, tight-knit world of Marvel Comics and helped accelerate a process that had already begun: the transformation of discrete readers into a linked network of devotees, of fans into fandom.

Plus, he looked great doing it: The leisure suit, the chains, the mustache, the shades, the California tan. The guy basked in his celebrity, and made sure we knew it.

It's the least surprising thing in the world that the men who gave the world so many modern myths would indulge a penchant for self-mythologizing their respective roles creating those myths.

Lee, as a Marvel executive, was well-compensated for his work — he made sure of that. But artists/co-plotters like Kirby and Ditko and others were essentially freelancers who were denied equitable monetary compensation for their contributions. Absent that compensation, or the ability to retain the rights to characters, comics creators prize the notion of legacy. But for the world to recognize their roles, they must be given credit, something Marvel and DC have been loath to share.

Lee's history with sharing credit was a spotty one. He would overstate; then, when challenged (often by Kirby), he would show contrition and correct the record. Yet his public reputation — cemented by his frequent Marvel-movie cameo appearances — is that of a man who single-handedly created a comic book universe.

He didn't. But having helped birth it, he assumed a role his co-creators shied away from. He became its tireless salesman, its cheerleader, its pusher, its benevolent god-king.

We probably won't be getting more Stan Lee cameos after next year, and that's terribly sad for those of us True Believers for whom the mere sight of the guy could trigger a wistful smile. It was complicated, that smile — it's an upwelling of fondness for the man himself, and for the kids we were, back when we'd be reading one of his Bullpen Bulletins and hear his voice — that performatively goofy, hipster-swinger Noo Yawk voice — inviting us into a world that he helped create, but that belonged to us.

We'll hear that voice forever, snapping us to attention with his omnipresent exclamation points: