Accessibility links
GOP Senator's 'Public Hanging' Comment Roils Mississippi Runoff Election Sen. Cindy Hyde-Smith, facing African-American opponent Mike Espy on Nov. 27, was caught on tape saying about a supporter, "If he invited me to a public hanging, I'd be on the front row." 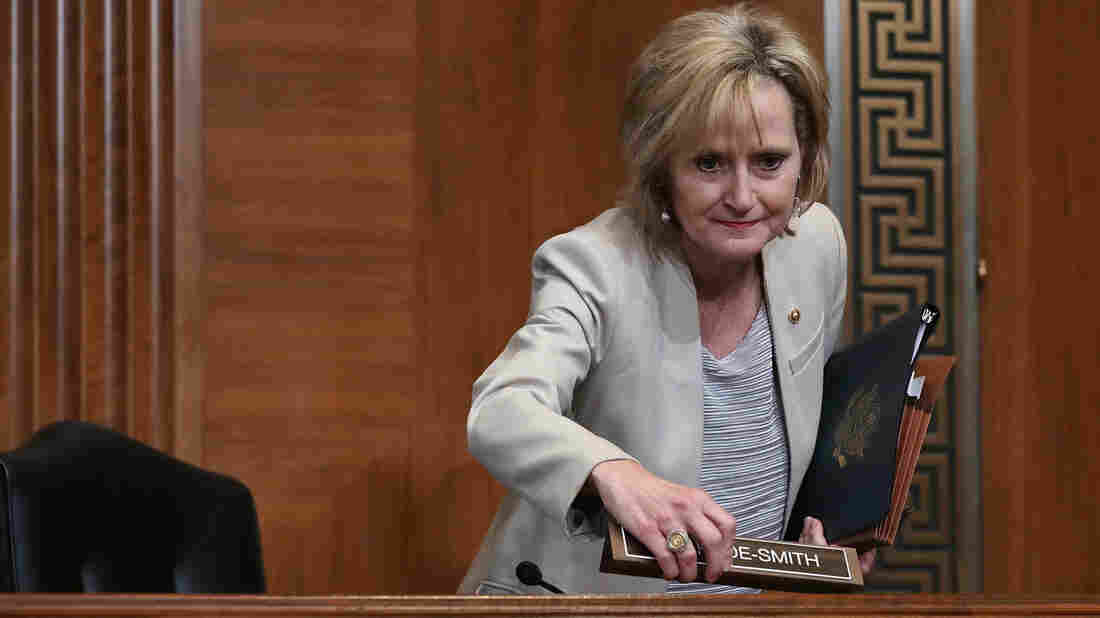 Sen. Cindy Hyde-Smith, R-Miss., at a Senate hearing in May. She is under sharp criticism for her comments about a "public hanging" in a state with a dark history of lynchings. Chip Somodevilla/Getty Images hide caption 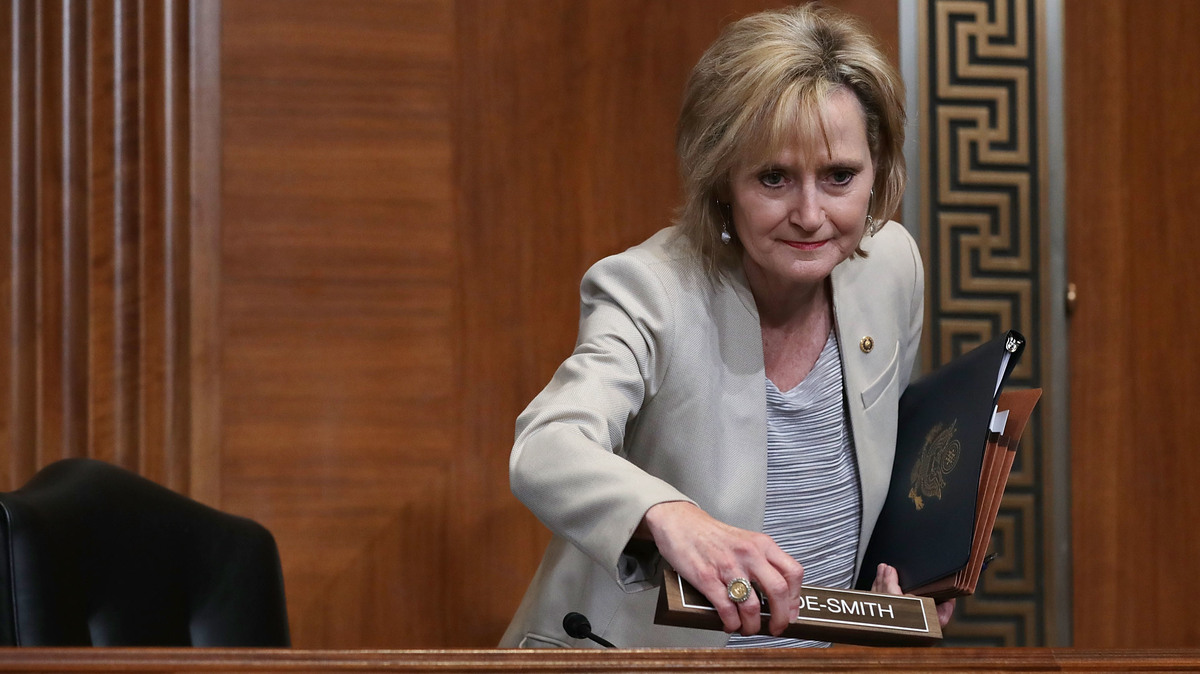 Sen. Cindy Hyde-Smith, R-Miss., at a Senate hearing in May. She is under sharp criticism for her comments about a "public hanging" in a state with a dark history of lynchings.

In a video posted on Twitter over the weekend, Republican Sen. Cindy Hyde-Smith of Mississippi is seen complimenting a supporter by saying, "If he invited me to a public hanging, I'd be on the front row."

"If he invited me to a public hanging, I'd be on the front row"- Sen. Cindy Hyde-Smith says in Tupelo, MS after Colin Hutchinson, cattle rancher, praises her.

Hyde-Smith is in a runoff on Nov 27th against Mike Espy. pic.twitter.com/0a9jOEjokr

Hyde-Smith, who is white, is the appointed incumbent locked in a runoff for her Senate seat with Democratic challenger Mike Espy, a former congressman and U.S. agriculture secretary who is African-American.

The now viral video was posted on Twitter Sunday by Lamar White Jr., publisher of a progressive site in Louisiana called The Bayou Brief. White says he received the video from a source. It shows Hyde-Smith speaking to a small group in Tupelo, Miss., standing with cattle rancher Colin Hutchinson.

In a statement, Hyde-Smith said that her remark on Nov. 2 was an "exaggerated expression of regard."

"Any attempt to turn this into a negative connotation is ridiculous," she said.

At a campaign event Monday, Hyde-Smith refused to answer repeated questions about her comments, saying she has nothing to add to her statement.

Espy's campaign calls Hyde-Smith's comments "reprehensible" and says they have no place in political discourse.

"We need leaders, not dividers, and her words show that she lacks the understanding and judgment to represent the people of our state," said Espy campaign spokesman Danny Blanton in a statement. 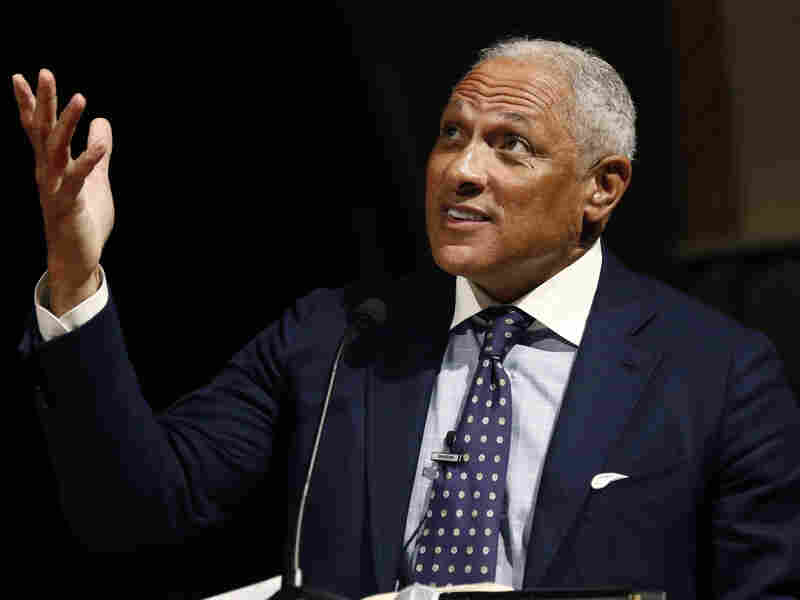 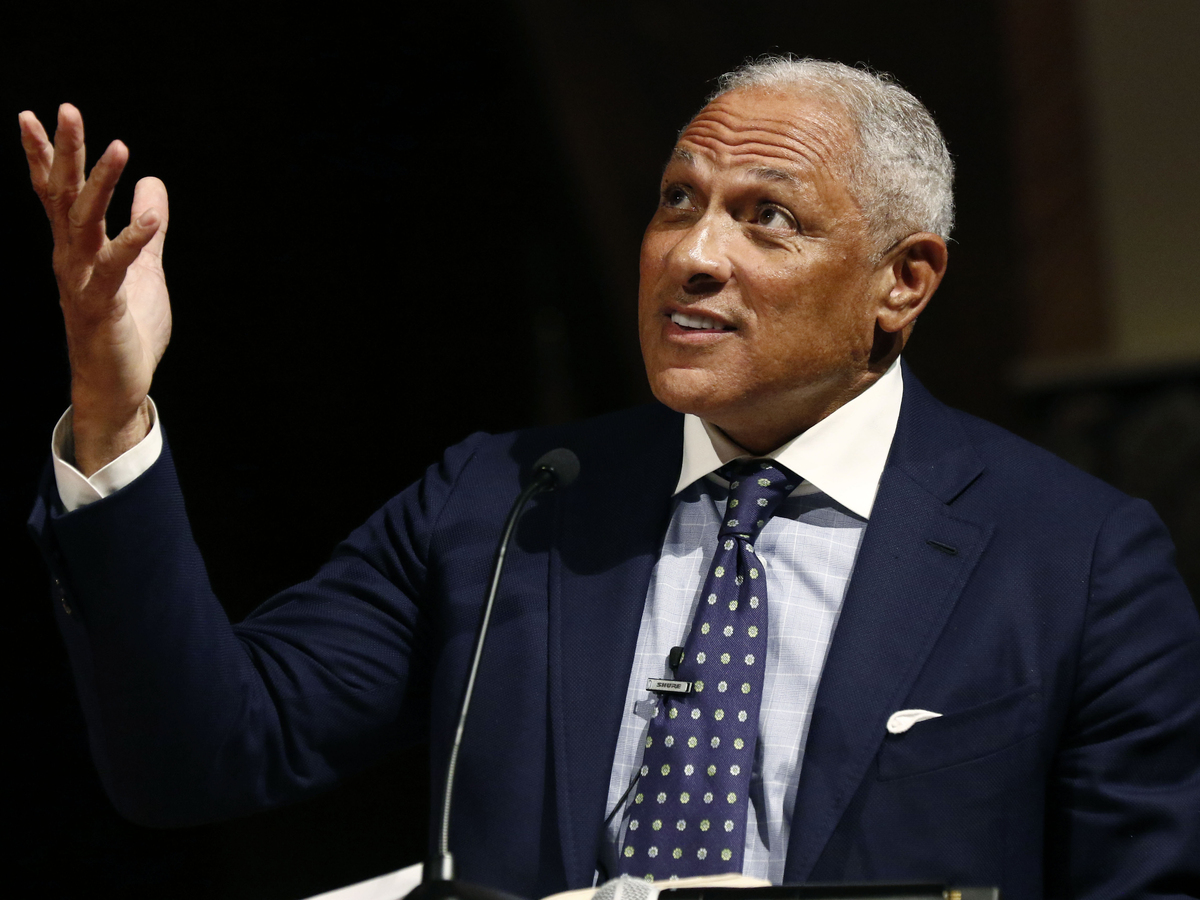 Former Democratic Rep. and Agriculture Secretary Mike Espy at a rally for his Senate campaign in Jackson, Miss., on Nov. 5. Espy is facing GOP Sen. Cindy Hyde-Smith in a Nov. 27 runoff.

Mississippi has a tortured history of racially motivated killings. According to the NAACP, Mississippi had 581 lynchings between 1882 and 1968, more than any other state. The state's population has the highest percentage of African-Americans of any state, 37 percent according to the last census.

"Hyde-Smith's decision to joke about 'hanging,' in a state known for its violent and terroristic history toward African-Americans is sick," said NAACP President and CEO Derrick Johnson in a statement to NPR. "To envision this brutal and degenerate type of frame during a time when Black people, Jewish People and immigrants are still being targeted for violence by White nationalists and racists is hateful and hurtful."

During an appearance on CNN, Espy was asked if the comment was racist.

Because neither candidate got more than 50 percent of the vote on Election Day, Espy and Hyde-Smith are in a runoff on Nov. 27 in the special election to replace former Republican Sen. Thad Cochran, who retired amid health concerns in April.

Mississippi GOP Gov. Phil Bryant stood by Hyde-Smith, whom he appointed to the seat.

"All of us in public life have said things on occasion that could have been phrased better," Bryant said, according to the AP. "When you make as many speeches as we do in public life, that does occur. But I know this woman and I know her heart. I knew it when I appointed her. I know it now. She meant no offense by that statement. There was nothing in her heart of ill-will."

President Trump has endorsed Hyde-Smith. Her appointment made her the first woman ever to represent Mississippi in Congress.

Espy served as agriculture secretary under Democratic President Bill Clinton. In 1986, he became the first African-American from Mississippi elected to Congress since Reconstruction.