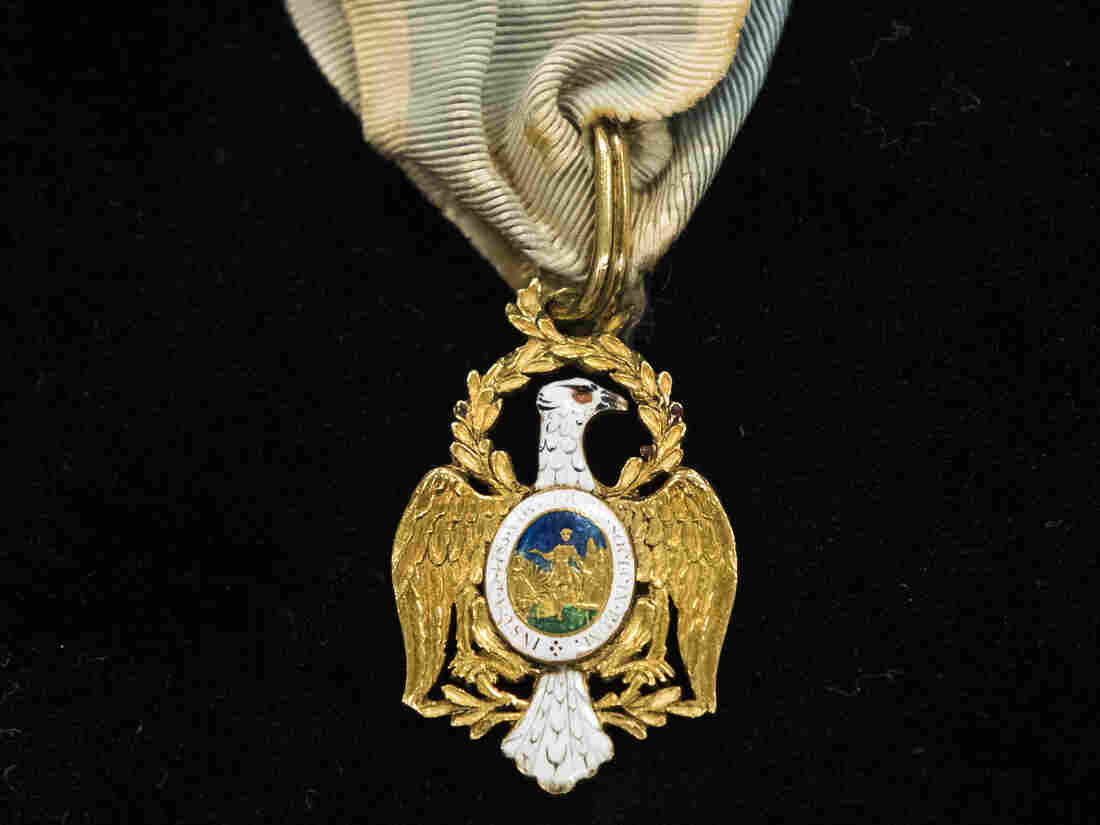 Alexander Hamilton's Society of the Cincinnati Eagle insignia at the Museum of the American Revolution in Philadelphia. Matt Rourke/AP hide caption 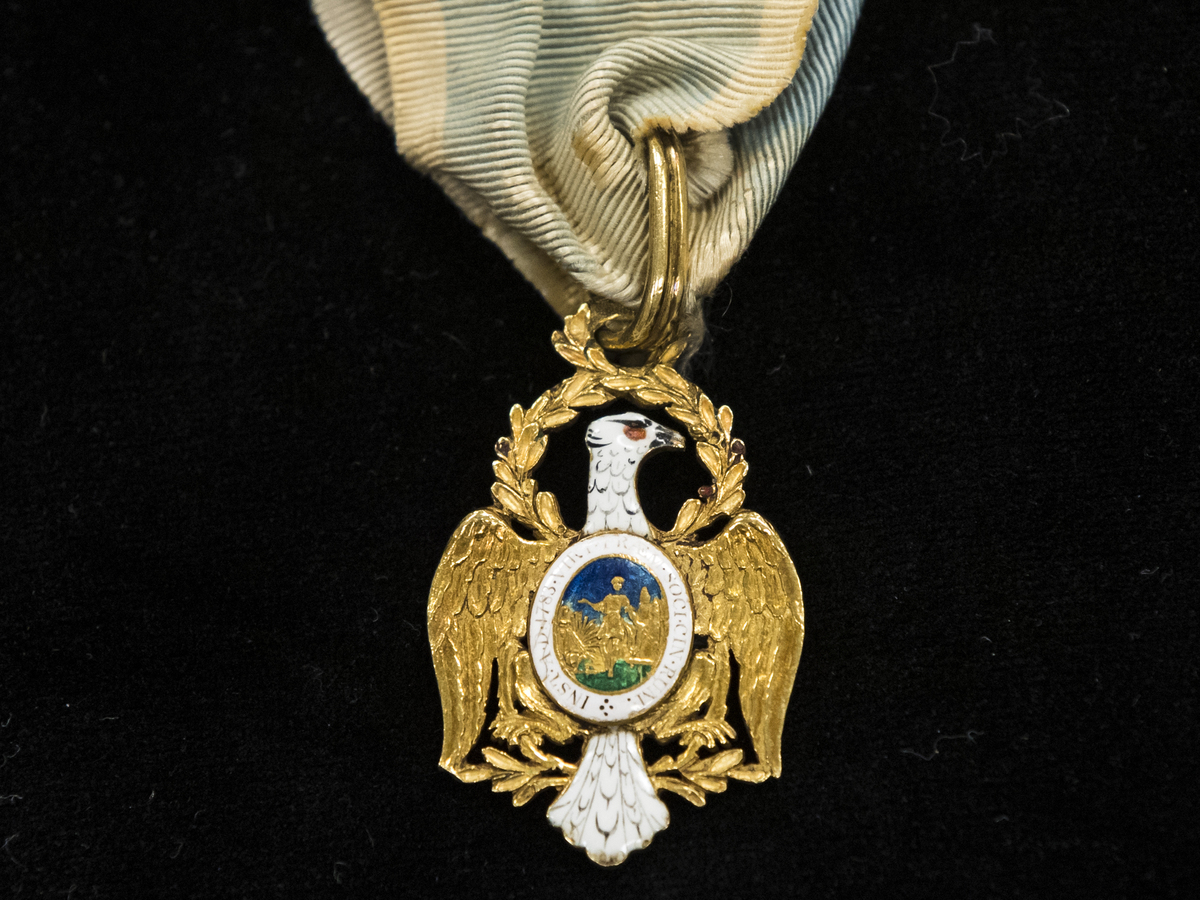 Alexander Hamilton's Society of the Cincinnati Eagle insignia at the Museum of the American Revolution in Philadelphia.

For generations, precious artifacts once belonging to Alexander Hamilton were stowed away in a cardboard box and handed down through his family with little fanfare.

Hamilton was one of Gen. George Washington's top aides during the Revolutionary War, went on to be the first secretary of the Treasury and achieved a surprising wave of fame as the hero of a Broadway musical.

Items being displayed at the museum include a ring that has a lock of his hair inside and a handkerchief embroidered with the name of Hamilton's widow, Elizabeth Schuyler Hamilton. And there's an original ribbon and a Society of the Cincinnati Eagle insignia worn and owned by Hamilton himself. The Society was comprised of officers of the Continental Army.

As the Associated Press reports, the Hamilton family rarely drew attention to their famous ancestor:

"'My dad never talked to me about it,' Douglas Hamilton said of growing up as a Founding Father descendant. 'The only story I got from my father was that being a descendant from Alexander Hamilton and 10 cents would get you a cup of coffee.'

"The 67-year-old Ohio man said their famous distant relative wasn't something the family focused on. He said a cardboard box containing the heirlooms was passed quietly from generation to generation, and stowed away until it passed on again."

I Saved Every Letter You Wrote Me: The Library of Congress Digitizes Hamilton

The Museum is currently staging an interactive exhibit entitled Hamilton Was Here: Rising Up in Revolutionary Philadelphia through March 2019.

As history buffs and the musical's audience know, Hamilton was killed in a duel with Aaron Burr in July 1804.