Accessibility links
Democrat Kyrsten Sinema Wins Arizona Senate Race, Flipping Second GOP Seat Sinema is the first woman Arizona has elected to the Senate ever, and the first Democrat the state elected to the chamber in 30 years. She'll make history as the first openly bisexual senator. 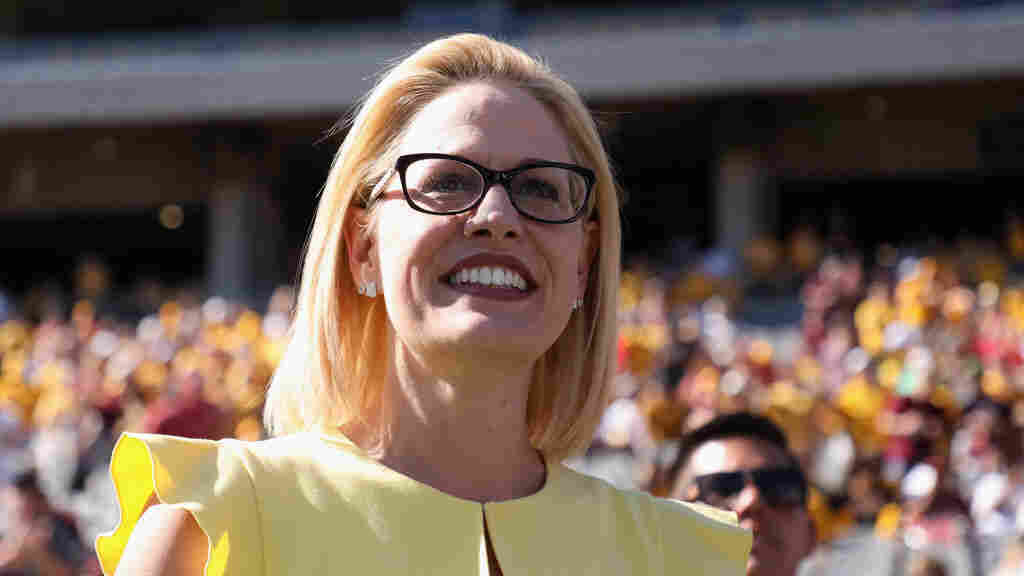 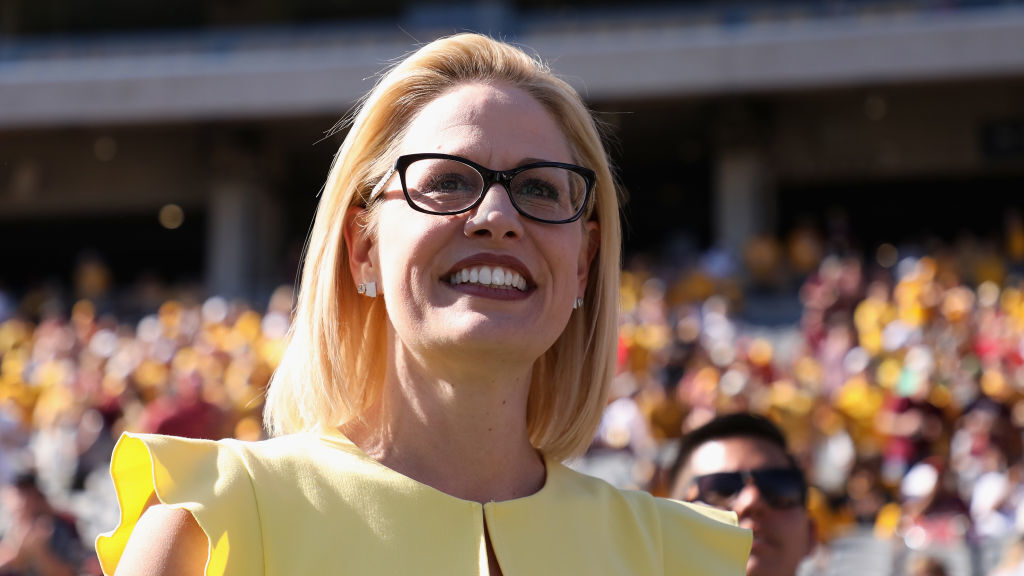 Democrat Kyrsten Sinema is projected to win the Arizona Senate race, according to the Associated Press.

With Sinema's victory to flip the open seat of retiring GOP Sen. Jeff Flake, she becomes the first Democrat Arizona has elected to the Senate since 1988. She will not only be the state's first female senator but will also be the first openly bisexual senator in U.S. history.

Shortly after the race was called in her favor, Sinema wrote on Twitter that she will "be an independent voice for all Arizonans."

As long as I’ve served Arizona, I’ve worked to help others see our common humanity & find common ground. That’s the same approach I’ll take to representing our great state in the Senate, where I’ll be an independent voice for all Arizonans.

Thank you, Arizona. Let’s get to work. pic.twitter.com/iX6u6VQ9bQ

McSally also posted a video saying she had called Sinema to congratulate her.

Congrats to @kyrstensinema. I wish her success. I’m grateful to all those who supported me in this journey. I’m inspired by Arizonans’ spirit and our state’s best days are ahead of us. pic.twitter.com/tw0uKgi3oO

McSally could still, however, become a senator. An Arizona Republic op-ed on Monday called for Republican Gov. Doug Ducey to appoint McSally to Arizona's other seat. Former GOP Sen. Jon Kyl was appointed to fill the vacancy following the death of Sen. John McCain earlier this year, but if Kyl steps down Ducey would need to name another Republican to replace him. That person would have to run in a special election in 2020 before running again for a full term in 2022.

For now, the win in Arizona means that Democrats have narrowed GOP gains in the Senate to only one seat so far — Republicans defeated incumbents in North Dakota, Indiana and Missouri, but Democrats flipped seats in Nevada and now Arizona. There are two outstanding races, including Florida, where a recount is underway to determine whether Republican Gov. Rick Scott's narrow lead over Democratic Sen. Bill Nelson will hold.

Mississippi's Senate race will be decided by a runoff on Nov. 27, and the race was thrown into turmoil after video surfaced on Sunday of incumbent GOP Sen. Cindy Hyde-Smith making a comment about a "public hanging." Mississippi is a state with a dark history of racial violence including lynchings, and Hyde-Smith's Democratic opponent, Mike Espy, is African-American.

Democrats' win in Arizona means they were able to expand their reach into traditionally red territory — something they did in the House last week as they flipped control of the chamber, but have yet to do in the Senate. President Trump won Arizona by 4 points in 2016.

The campaign between the two congresswomen was a bitter race that took almost a week to decide, with mail-in ballots still being counted. But over the past few days, Sinema's lead continued to grow.

Sinema, a member of the centrist Blue Dog caucus in the House, had campaigned as a moderate. But Republicans had hit her over her more liberal past when she was a state lawmaker, including for her anti-war stances and past protests.

A retired Air Force colonel who made history as the first woman ever to fly in combat, McSally had to first survive a conservative primary challenge. That forced her to move to the right, especially on immigration. A onetime Trump critic, McSally instead allied herself with the president in this contest.