Accessibility links
Florida Holds Another Recounts, But Election Reversals Are Historically Rare The fact that Florida currently has three statewide recounts underway is exceptional in American politics. Between 2000-2015, only three races flipped after statewide recounts. 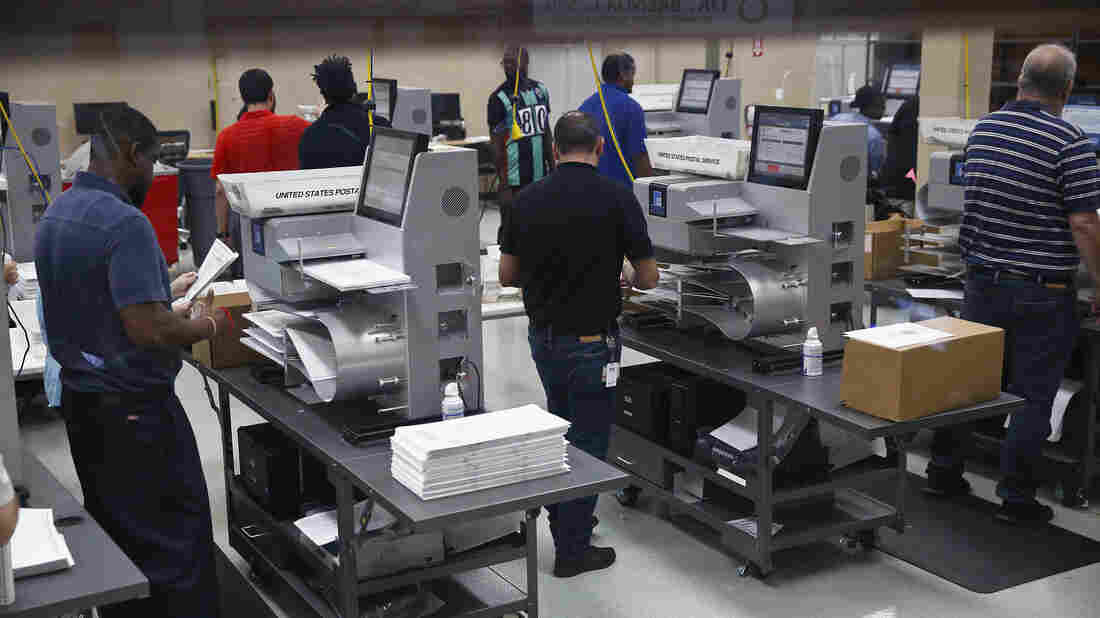 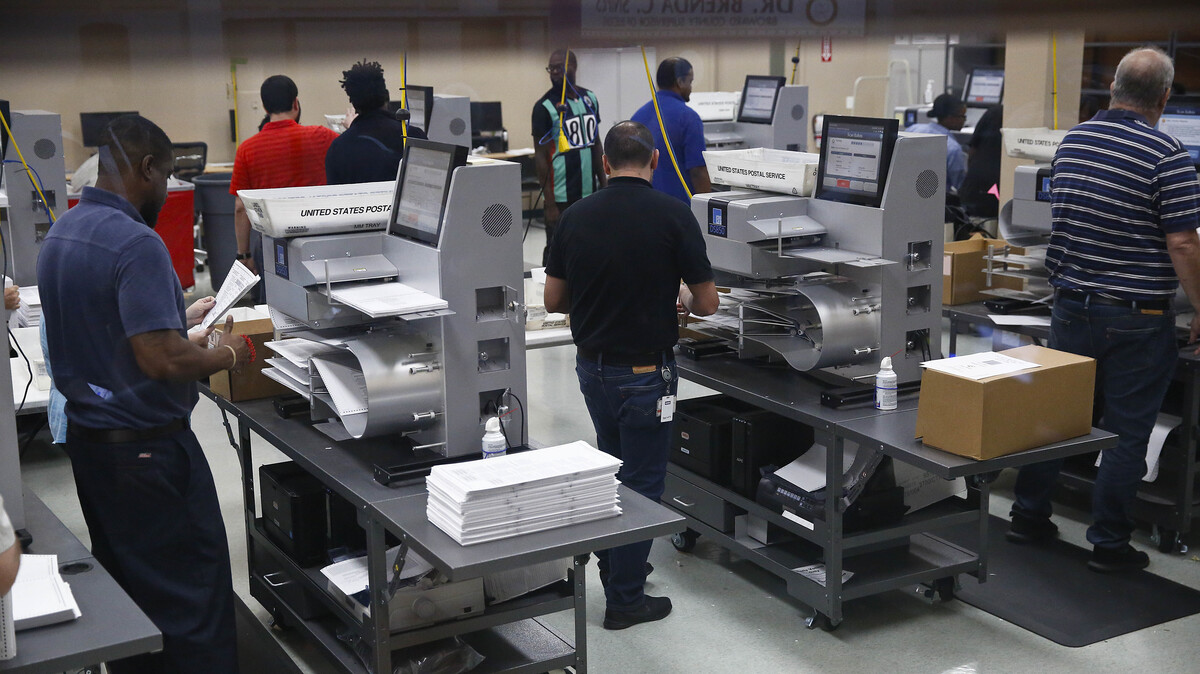 Workers load ballots into machines at the Broward County Supervisor of Elections office in Lauderhill, Fla.

Anyone who remembers the recount of the 2000 presidential race in Florida may feel an unsettling case of deja-vu. That the state is now conducting three recounts, including for the governor's and U.S. Senate races.

But actually, such recounts are fairly unusual. A 2016 survey by FairVote of some 4,687 statewide general elections between 2000 and 2015 found only 27 statewide recounts. Of those, 15 were considered "consequential" in that the original margin of victory was no more than 0.15 percent.

If you look at the the top tier elections — for governor, lieutenant governor secretary of state, attorney general and treasurer — there were just three consequential recounts out of 808 such elections in that 15-year period.

What's more, recounts leading to reversals of elections are rarer yet.

Of those 15 consequential recounts involving extremely tight races, three ended in reversals: the 2008 U.S. Senate race in Minnesota, in which Democrat Al Franken defeated Republican Norm Coleman; the 2006 auditor's race in Vermont, and the 2004 governor's race in Washington.

In all of those races, the changes were under 500 votes — far smaller than the margins in Florida's biggest races. As of late Monday, about 12,000 votes separated the Senate candidates, while the candidates for governor were over 33,000 votes apart. Republicans lead in both contests.

That being said, the closeness of the 2018 election in Florida comes as no surprise to Michael McDonald, a political science professor at the University of Florida. He calls Florida, which has experienced a series of close elections, "the purplest of purple states." McDonald says an influx of Democratic-leaning voters from places like Puerto Rico has been offset by recent arrivals of seniors, who tend to lean Republican.

This year's election was also complicated by an extremely long ballot with several state constitutional questions, and by the state's election apparatus, McDonald says, calling it "vastly underfunded."

McDonald also says the rhetoric being tossed out by GOP Senate candidate Gov. Rick Scott and President Trump, including charges of fraud and missing or forged ballots, "does not match the facts on the ground." No irregularities have been reported by either law enforcement or election observers from both parties who are watching the recount.

A judge on Monday urged those alleging fraud without evidence to "ramp down the rhetoric."