Accessibility links
Rep. Steve King Denied Comparing Immigrants To 'Dirt' — Audio Says Otherwise The Weekly Standard reported last week that the Iowa Republican had publicly made the comparison, but King accused the magazine of lying and challenged it to release audio — so the Standard did. 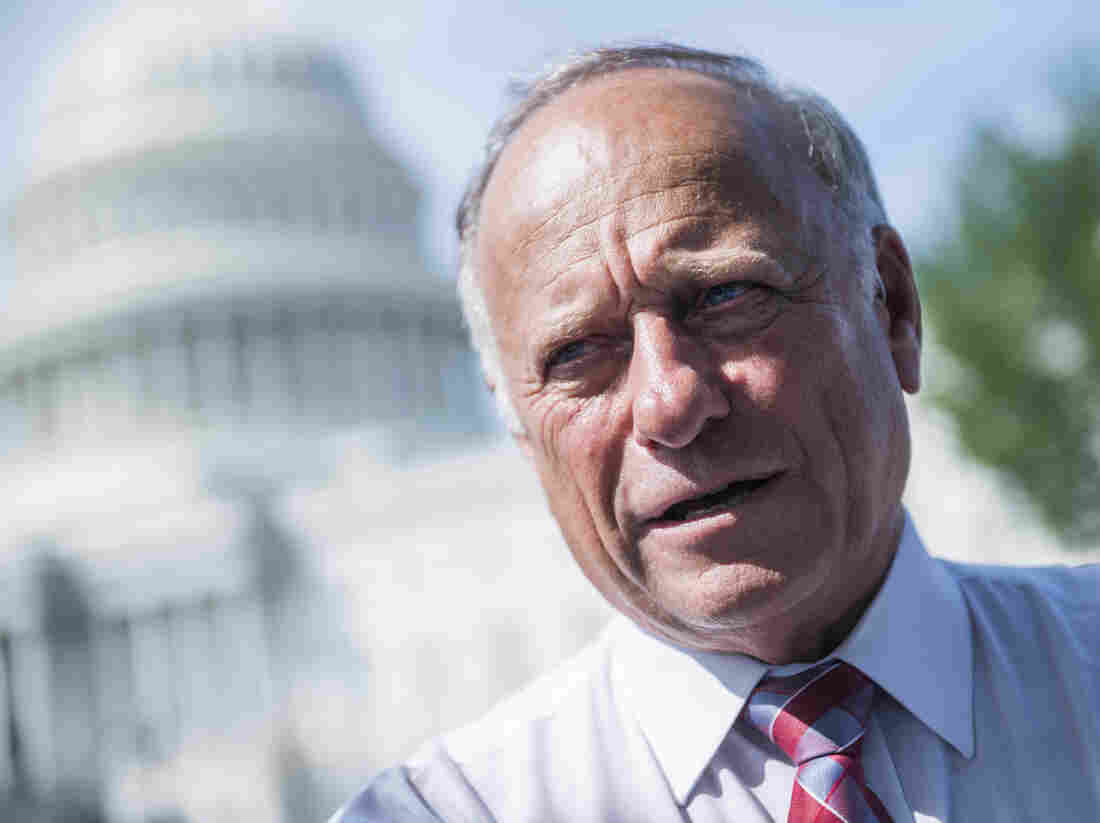 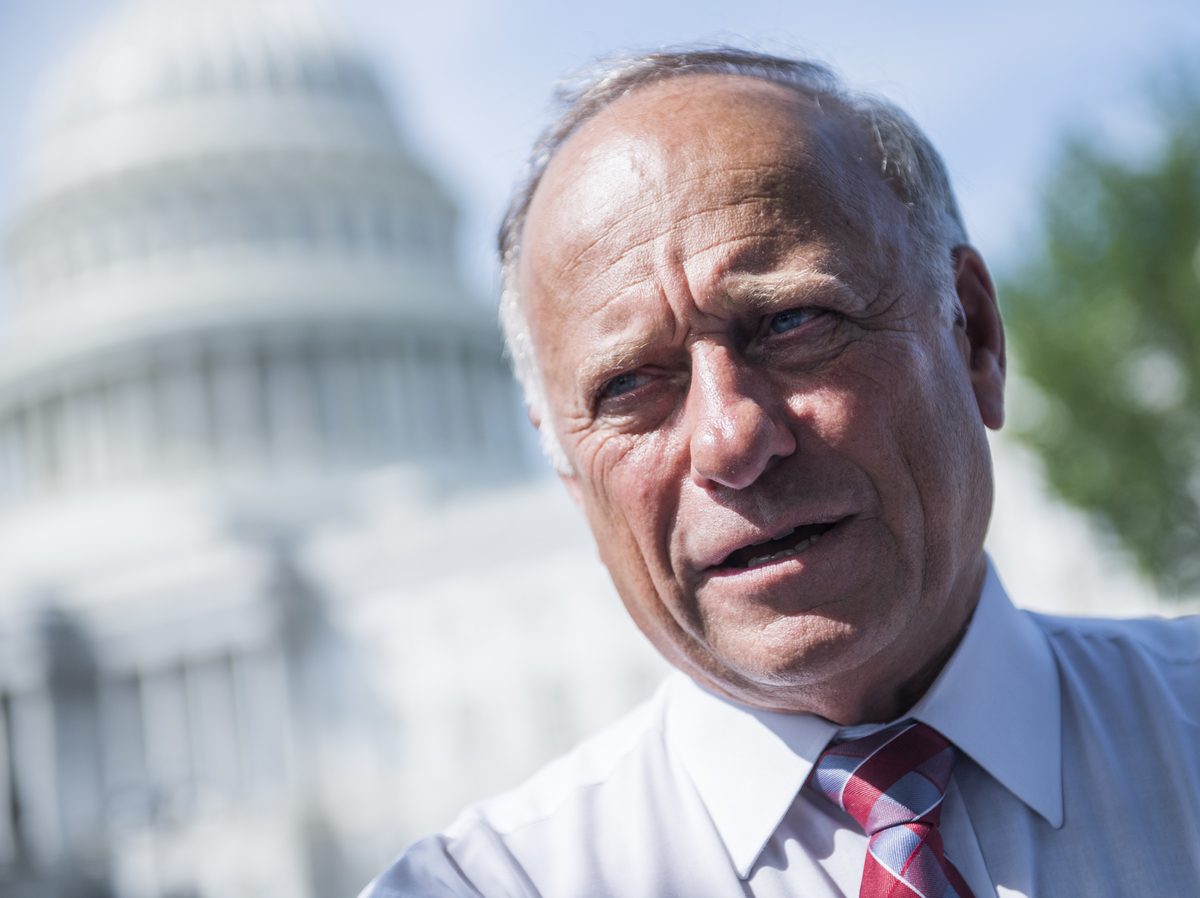 Iowa Republican Rep. Steve King attends a rally earlier this year on the East Front of the Capitol to highlight crimes committed by illegal immigrants in the U.S.

Rep. Steve King, the Iowa Republican known for hard-line stances on immigration and for controversial remarks, challenged a conservative magazine to release audio to prove that he had compared immigrants to "dirt."

So The Weekly Standard did.

The magazine reported last week that King, who won re-election earlier this month despite being called out for his white nationalist views, made the incendiary comment.

On Friday, King tweeted in response that the magazine had joined HuffPost "at the bottom of the lying journalistic gutter." He claimed the article's reporter was lying: "Just release the full tape. Leftists lies exist without original sources because they are false and manufactured accusations," he tweeted.

The Standard on Saturday published a YouTube video containing the audio to the article. "We stand by the story," the magazine's Editor-in-Chief Stephen Hayes said.

The tape was reportedly recorded during a campaign stop on Nov. 5 while King bantered with supporters in a restaurant. King discussed his "patented pheasant noodle soup" that includes a sprinkle of homegrown jalapeño peppers. Talking about those peppers, he said:

KING: I raised a bunch this year, and they didn't have enough bite. So I guess I'm going to have to go get some dirt from Mexico to grow the next batch.

UNIDENTIFIED WOMAN: Trust me, it's on its way.

KING: Well, yeah, there's plenty of dirt. It's coming from West Coast, too, and a lot of other places, besides. This is the most dirt we've ever seen.

The unidentified woman's comments are seemingly about the caravan of Central American migrants currently headed to the U.S. to seek asylum.

As the conservative magazine said (emphasis theirs), "Iowa does have a topsoil depletion problem, but it's hard to imagine that the audience and King were discussing the shipment of soil from out of country or from California."

King's chief of staff, Sarah Stevens, told The Washington Post that King thought the woman was referring to the "leftist media" when she mentioned dirt — not immigrants.

"We quoted Representative King at length, on purpose, to provide readers with all of the context for his remarks," reads an editor's note on the article. "Steve King never mentions the media in his remarks. To claim he was referring to the media when he worried about 'dirt' coming from Mexico is absurd."

The Weekly Standard remains, proudly, a reporting-driven, conservative journal of opinion. @RubensteinAdam is a great reporter. There are no lies, willful or otherwise. The story is accurate and very well told. Our reporting wouldn't focus on your bigotry if you weren't a bigot. https://t.co/5K7Ace22Eq

King's views aren't exactly a secret — on immigration, he said on Twitter last year, "We can't restore our civilization with somebody else's babies."

In August, King did an interview with Austria's Freedom Party — which was founded by a former Nazi officer — in which he talked about the apparent decline of Western civilization and claimed immigrants are replacing white Europeans.

Some top Republicans including Steve Stivers, the chairman of the National Republican Congressional Committee, have distanced themselves from King after the Pittsburgh shooting in a synagogue that saw 11 dead brought more attention to the lawmaker.

An earlier version of this story incorrectly said Steve Stivers is chairman of the House Republican Campaign Committee. The group is called the National Republican Congressional Committee.