Accessibility links
U.K. Reaches Draft Brexit Deal With EU — But It May Be A Tough Sell The British prime minister's office confirmed the deal Tuesday without offering details. But that did not silence Theresa May's critics at home, many of whom have already expressed opposition.

U.K. Reaches Draft Brexit Deal With EU — But It May Be A Tough Sell

U.K. Reaches Draft Brexit Deal With EU — But It May Be A Tough Sell 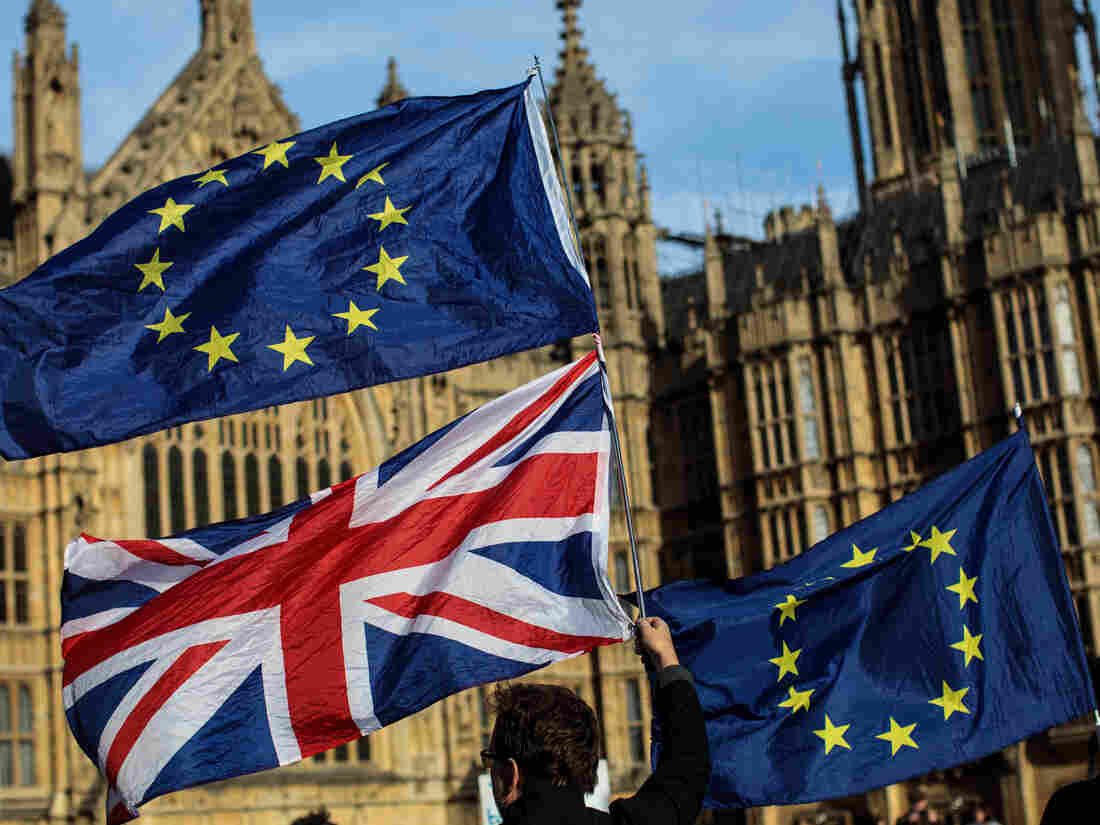 Demonstrators gather Tuesday to protest Brexit outside Parliament in London. They wave the Union Jack and the flag of the European Union. Jack Taylor/Getty Images hide caption 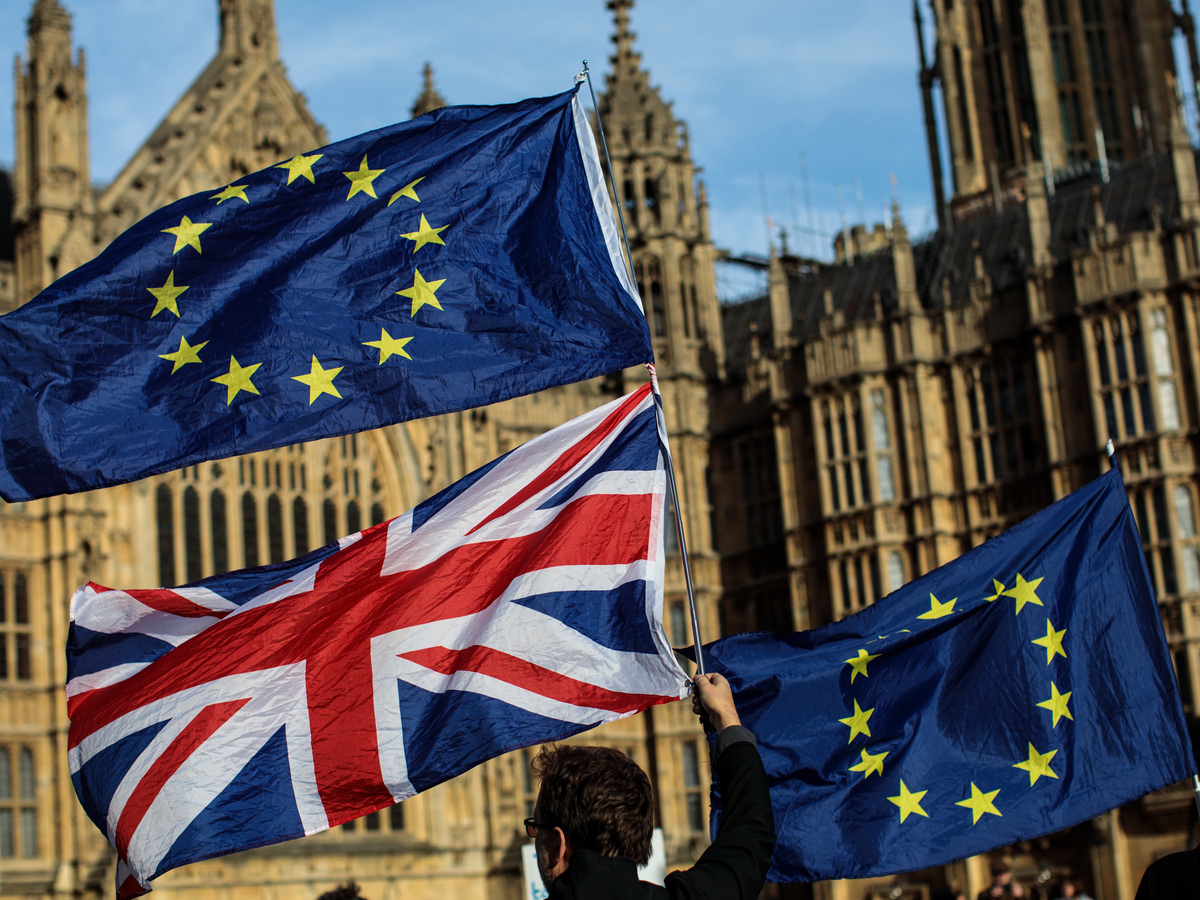 Demonstrators gather Tuesday to protest Brexit outside Parliament in London. They wave the Union Jack and the flag of the European Union.

With just months to go before the U.K. leaves the European Union, the two governments have agreed on a draft of what exactly that withdrawal will look like. The British prime minister's office announced the tentative agreement Tuesday without offering details about the deal hashed out with EU negotiators in Brussels.

The specifics will likely surface only after members of the U.K. Cabinet are consulted. Any agreement requires the approval of Parliament as well as all 27 remaining EU member states.

"Cabinet will meet at 2 pm tomorrow [local time] to consider the draft agreement the negotiating teams have reached in Brussels, and to decide on next steps," a spokesperson for No. 10 Downing Street told NPR on Tuesday. "Cabinet Ministers have been invited to read documentation ahead of that meeting."

The agreement marks a crucial milestone in the fraught Brexit negotiations, which have followed a rocky path since the U.K.'s 2016 vote to leave the European Union. But the draft does not tie a bow on the talks — far from it, in fact. The tentative agreement covers only how the U.K. will leave the EU and does not deal with the future relationship between the two. 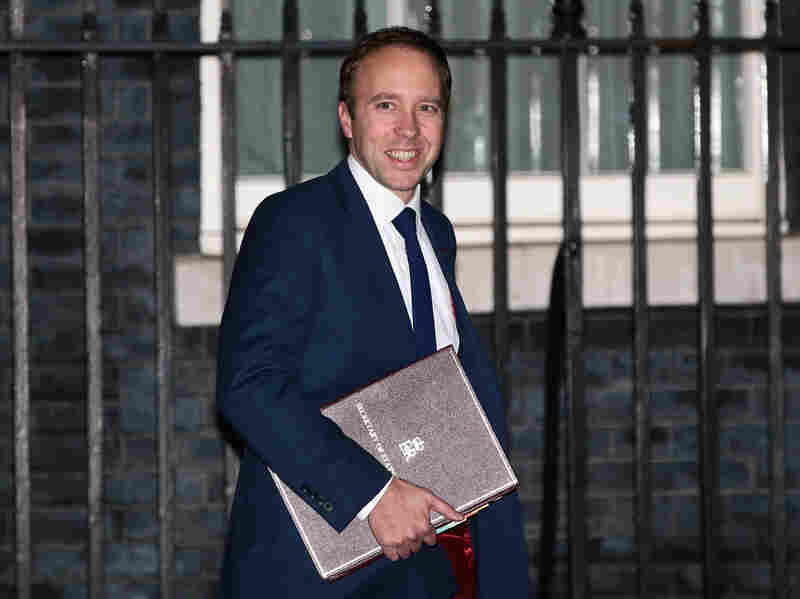 Matt Hancock, the secretary of state for health and social care, leaves the prime minister's residence at No. 10 Downing Street. He was among several members of Prime Minister Theresa May's Cabinet to stop by Tuesday evening to discuss the draft text. Jack Taylor/Getty Images hide caption 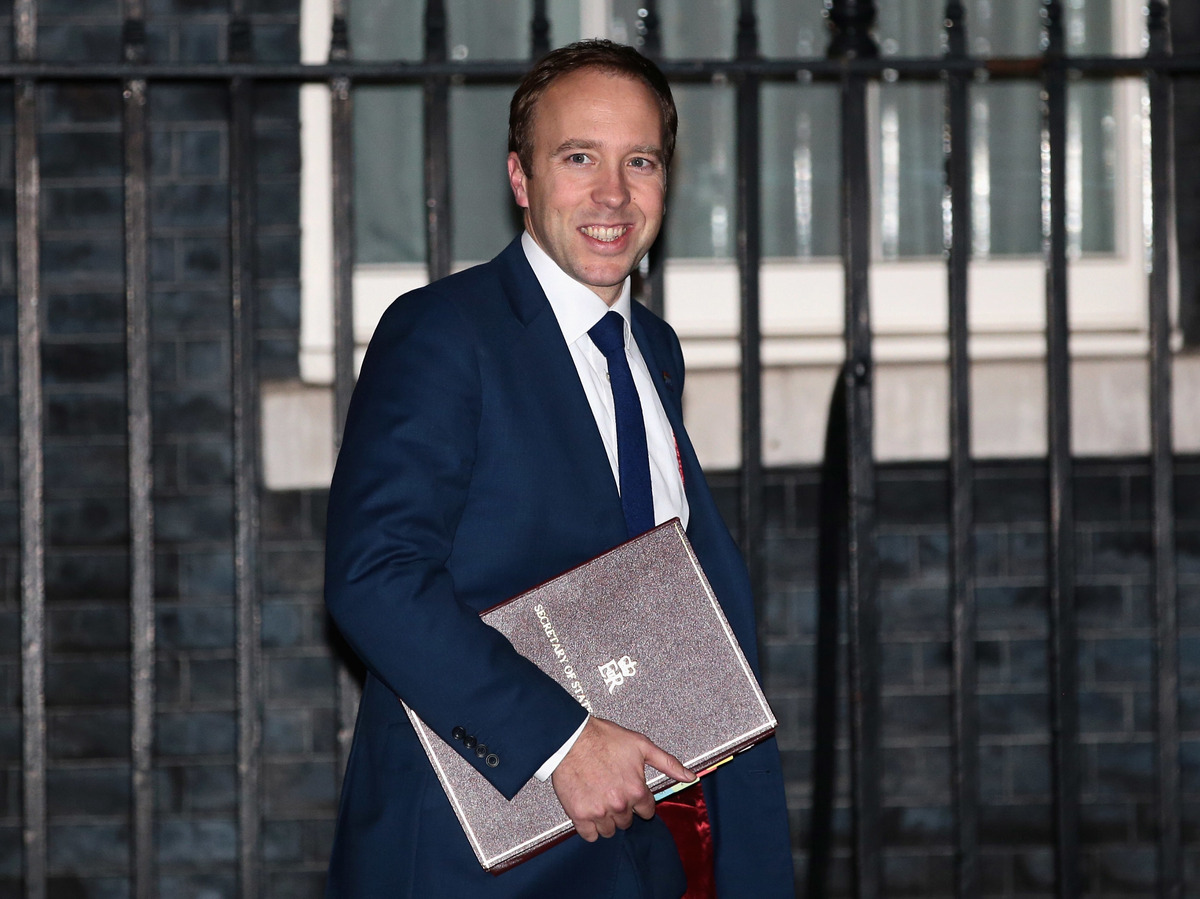 Matt Hancock, the secretary of state for health and social care, leaves the prime minister's residence at No. 10 Downing Street. He was among several members of Prime Minister Theresa May's Cabinet to stop by Tuesday evening to discuss the draft text.

Now that Prime Minister Theresa May has a possible deal with Brussels, a more daunting task awaits her: persuading Parliament to back the deal. Dozens of lawmakers — many from May's own Conservative Party — have already outright rejected other potential agreements.

"If what we've heard is true, this fails to meet the Conservative Party's manifesto, and it fails to meet many of the commitments the prime minister makes," Conservative Jacob Rees-Mogg, one of the hard-line leaders of the Brexit campaign, told the BBC.

Rees-Mogg also referred to some of the details of the deal as reported by Irish broadcaster RTE, saying that if it is confirmed, the result would be "potentially dividing up the United Kingdom," with Northern Ireland effectively "being ruled from Dublin."

Jacob Rees-Mogg on draft #Brexit agreement: "It is a failure of the government's negotiating position and a failure to deliver on Brexit"

The status of Northern Ireland has proven to be a particularly thorny element of the Brexit negotiations. The region is part of the U.K. — yet under the terms of the 20-year-old peace deal known as the Good Friday Agreement, it also shares an open land border with the Republic of Ireland, which just so happens to be an EU member state.

Both the U.K. and the EU have agreed that there will be no formal customs duties at that border, though many Brexit supporters reject the idea of placing Northern Ireland under different rules than the rest of the United Kingdom.

The matter is all the more difficult for May, whose tenuous governing coalition relies on support from Northern Ireland's Democratic Unionist Party. And the leaders of the relatively small party are well-aware of their outsized role in negotiations.

DUP deputy leader Nigel Dodds noted that he would not make a judgment on the tentative deal until he sees formal details, but as he told local media Tuesday, "if the reports are as we are hearing, then we couldn't possibly vote for that."

Labour has been clear from the beginning that we need a deal to support jobs and the economy - and that guarantees standards and protections. If this deal doesn’t meet our six tests and work for the whole country, then we will vote against it. #BrexitDeal

"We will look at the details of what has been agreed when they are available. But from what we know of the shambolic handling of these negotiations, this is unlikely to be a good deal for the country," Labour leader Jeremy Corbyn said in a statement released Tuesday.

May's supporters have expressed optimism that they'll manage to persuade enough lawmakers to get the deal approved at home. And that persuasion campaign appears to have already begun — with May's Cabinet ministers seen streaming into No. 10 Downing Street for consultation on the deal.

"We're hopefully on the cusp of beginning to get to the point where we're delivering on Brexit in a really practical way," said Conservative lawmaker Julian Smith, according to Reuters. As May's chief whip, he will be among those politicians responsible for getting Parliament on board.

"Theresa May has stuck with it through a very very tough year or two," he added, "and [she] will be delivering the best interests of Britain."

May and her allies have some big deadlines looming. The prime minister must submit a final Brexit deal to Parliament by Jan. 21 and the U.K. will cease to be a member of the EU on March 29.