Accessibility links
In Tight Race, Maine Republican Sues To Block State's Ranked-Choice Voting Law Rep. Bruce Poliquin's lawsuit claims the state's ranked-choice voting law violates the U.S. Constitution because the candidate who gets the most votes may not ultimately be declared the winner. 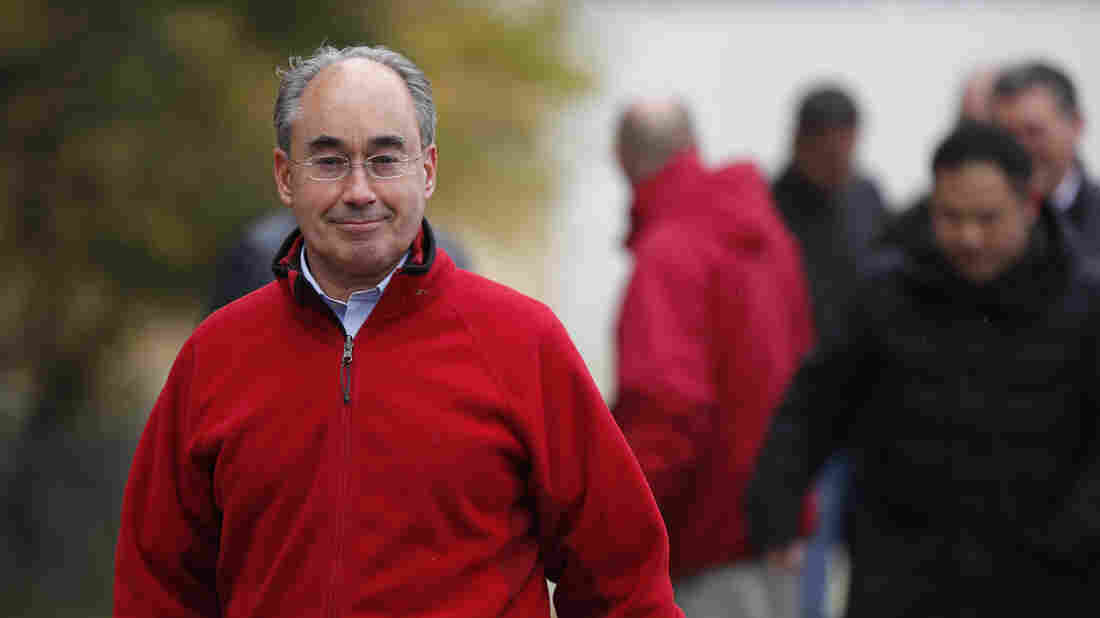 U.S. Rep. Bruce Poliquin, R-Maine, has filed a lawsuit to overturn Maine's ranked-choice voting system. Votes are still being counted in Poliquin's race, but it's possible he will lose a recount under the recently approved system. Robert F. Bukaty/AP hide caption 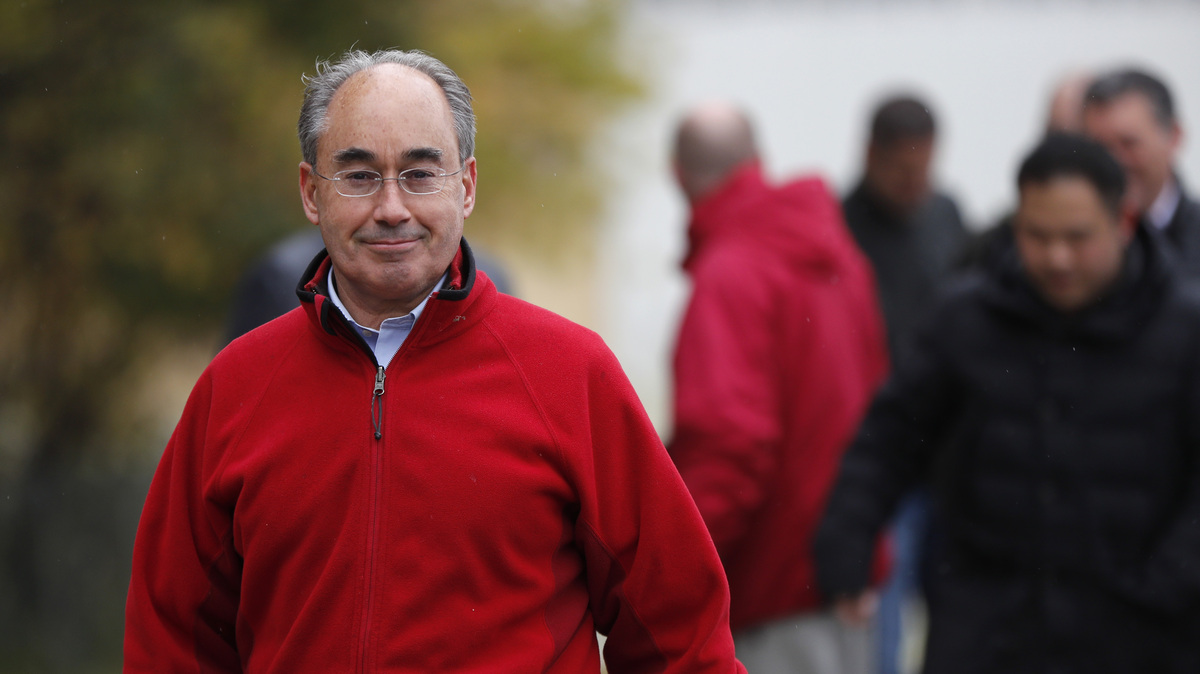 U.S. Rep. Bruce Poliquin, R-Maine, has filed a lawsuit to overturn Maine's ranked-choice voting system. Votes are still being counted in Poliquin's race, but it's possible he will lose a recount under the recently approved system.

A version of this story was first published by Maine Public.

U.S. Rep. Bruce Poliquin, R-Maine, has a filed a lawsuit in federal court that seeks to block state election officials from conducting the nation's first ranked-choice voting tabulation in a federal race.

The lawsuit asserts that Maine's ranked-choice voting law violates the U.S. Constitution in multiple ways. Among the claims: It does not award winners who obtain a plurality — or the most votes — but rather a majority by allowing voters to rank candidates in order of preference.

"What bothers is me is that we do not know if this vote-counting process is legal under the United States Constitution," Poliquin told reporters at the State House in Augusta. "My job is to make sure I uphold and defend the Constitution."

Maine voters approved the use of ranked-choice voting in 2016. Voters rank candidates in order of preference. If one of the candidates obtains a majority after the first count, they win. If there's no majority winner, the candidate with the fewest first-place rankings is eliminated and each of their voters' second choices are added to the tallies of the remaining candidates. The process continues this way until the ranking tabulation produces a winner or all of the ballots are exhausted.

Poliquin's lawsuit also asserts that ranked-choice voting violates the equal protection clause of the 14th Amendment because voters who pick just one candidate in a race have less say in the outcome than those who rank multiple candidates.

It's Not Over: Days After Election, These Races Are Still Undecided

The lawsuit comes as state election officials continue to scan and count ballots for the hotly-contested 2nd Congressional District race. Unofficial tallies had Poliquin with about a 2,000-vote lead going into the ranked-choice tabulation, but neither he nor Democrat Jared Golden had enough votes to win with an outright majority, a requirement under the election law that voters approved two years ago.

"We are aware of the pending litigation. We are continuing to process ballots to complete the tabulation of votes and will continue to do so," a spokeswoman for the Maine secretary of state's office said Tuesday morning. "If we receive a court order to halt the process, we will review it with our legal advisers."

An exit poll conducted by FairVote, Colby College in central Maine and the Bangor Daily News suggested that Golden could win in the runoff round because he could obtain second- and third-place rankings of voters who picked independents Will Hoar or Tiffany Bond as their first choice.

Golden's campaign manager Jon Breed tweeted that Poliquin's action is "an affront to the law" and said Poliquin should have challenged the law before votes were cast.

Rob Richie, president of FairVote, a group pushing ranked-choice voting in other states, says the lawsuit follows a national trend of politicians filing lawsuits when they don't like election results.

"It's essentially a ratcheting up of sore-loser behavior. And that's the overall frame for this," he said. "We see nothing in the lawsuit that is going to stick."

Michael Morley, an associate professor at the Florida State University College of Law, says the timing of Poliquin's lawsuit, after the election, probably won't work in his favor because of something called laches — a legal term that essentially means that the lawsuit is too late.

"Courts are very reluctant to change the rules of an election after it's already occurred," he said.

As for the heart of Poliquin's suit, that the ranked choice voting system is unconstitutional, Morley said that argument would mean that the runoff elections used by several other states would also be unlawful.

Poliquin's attorney, Lee Goodman, said during a press conference on Tuesday that filing the lawsuit earlier may have been too soon to get a favorable ruling.

Goodman also said it hadn't been clear earlier that ranked-choice voting would be used even though it was used during the June primaries and election officials confirmed months ago that it would be used for congressional races on Election Day.

An earlier version of this story misspelled Rob Richie's last name as Ritchie.