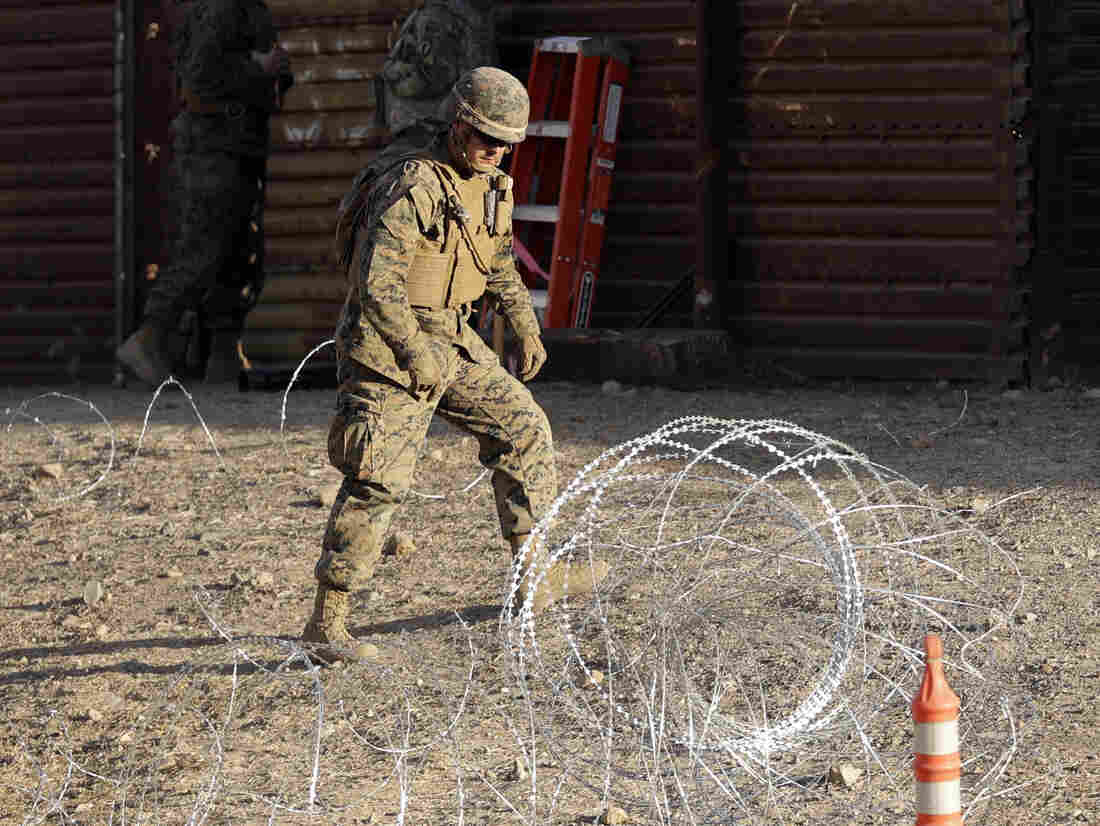 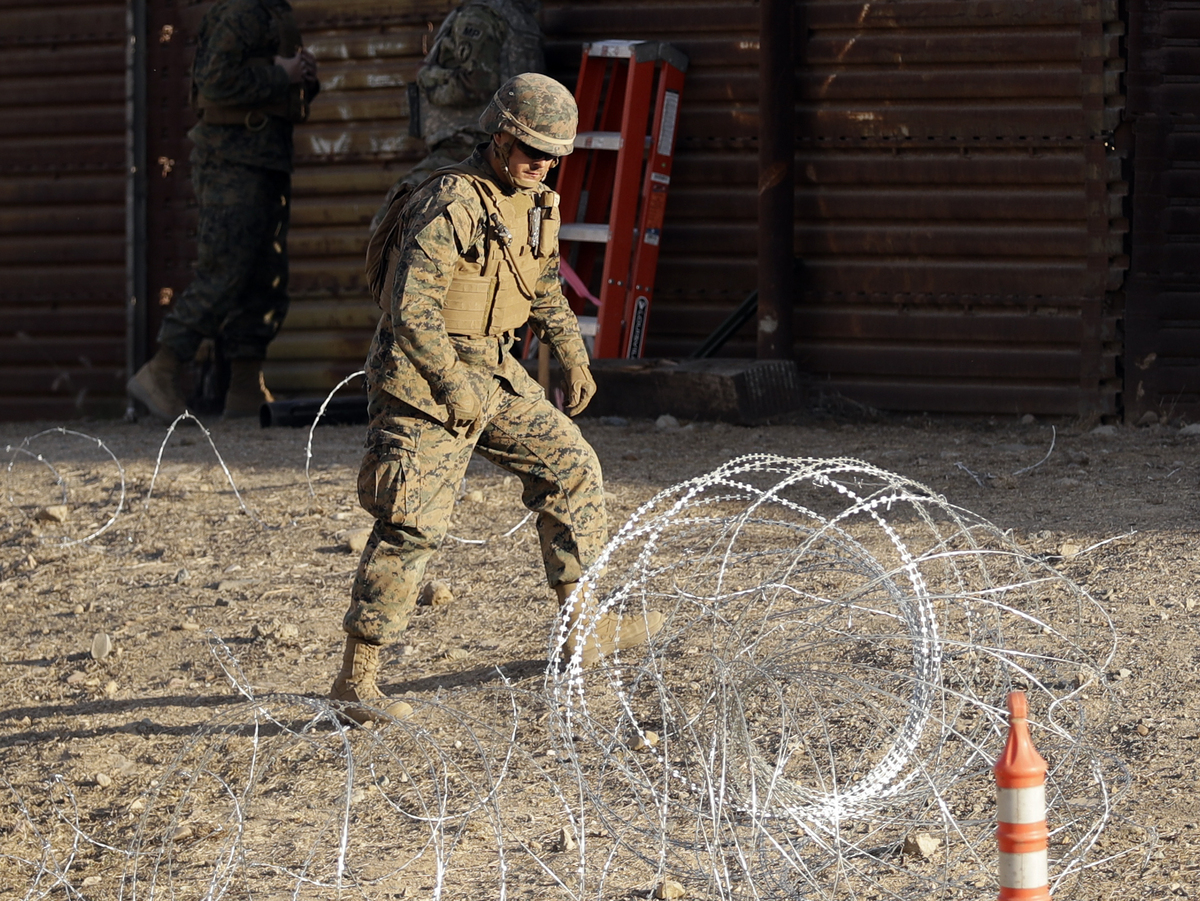 A Marine uses concertina wire to fortify the border separating Tijuana, Mexico, and San Diego, near the San Ysidro Port of Entry.

U.S. Customs and Border Protection announced that effective Tuesday morning it will close four vehicle lanes at the Southern border with Mexico at Tijuana to prepare for the migrants working their way north to the United States.

The travelers have said they plan to ask for asylum.

Three northbound lanes will be closed at San Ysidro and another lane at Otay Mesa will also be closed to install "port hardening infrastructure equipment," the agency said in a statement.

" 'CBP has been and will continue to prepare for the potential arrival of thousands of people migrating in a caravan heading towards the border of the United States,' said Pete Flores, Director of Field Operations in San Diego. 'These preparations include training exercises, deploying additional CBP personnel, and partnering with the U.S. military to harden our ports of entry and the border area between those legal crossings into the U.S.'

"Department of Defense personnel are installing concertina wire, and pre-positioning jersey barriers, barricades, and fencing as requested by CBP under Operation Secure Line."

The statement said that drivers from Tijuana northbound to San Diego should "anticipate increased wait times because of the lane closures."

The closures come after about 1,100 troops have been deployed to the border to assist border officials. They are largely reinforcing existing border fencing with concertina wire.

As the San Diego Union-Tribune reports, Mexican officials in Tijuana are also preparing for the arrival of the migrants.

"Some 5,000 caravan members, most of them from Honduras, agreed at an assembly in Mexico City last week that they would head to the Tijuana-San Diego border. The plan is for many to turn themselves in at the San Ysidro Port of Entry and ask the U.S. government for asylum.