Accessibility links
Flamenco Fusion: Rosalía Offers A Modern Take On Spanish Traditions The Spanish singer studied traditional cante flamenco in college and now mixes it with pop music influences in a way that's led some to call her the "Spanish Beyoncé." 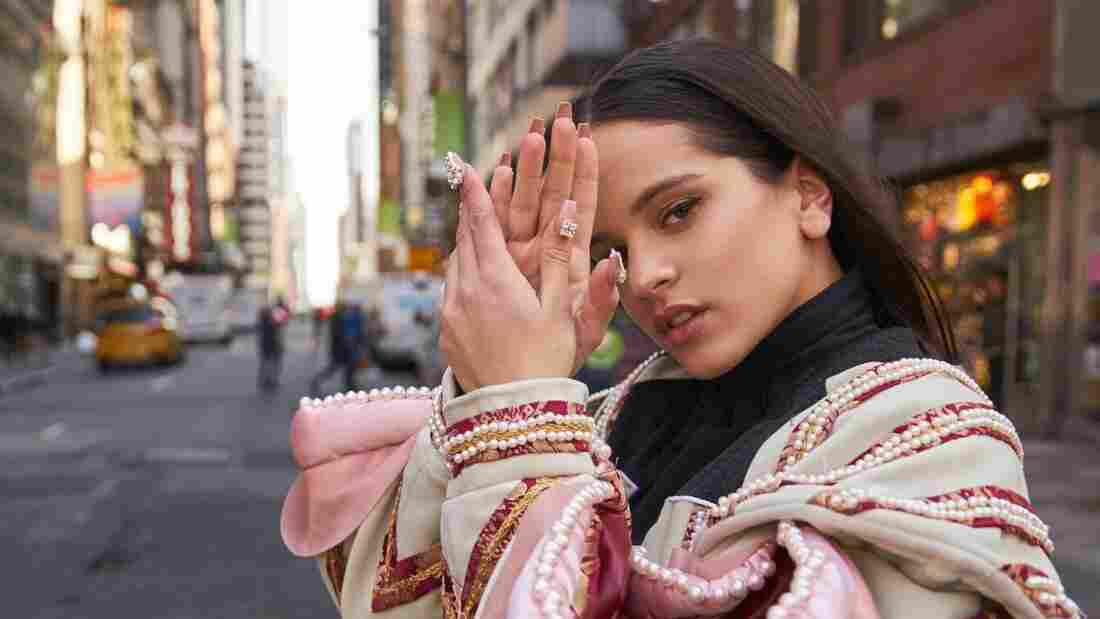 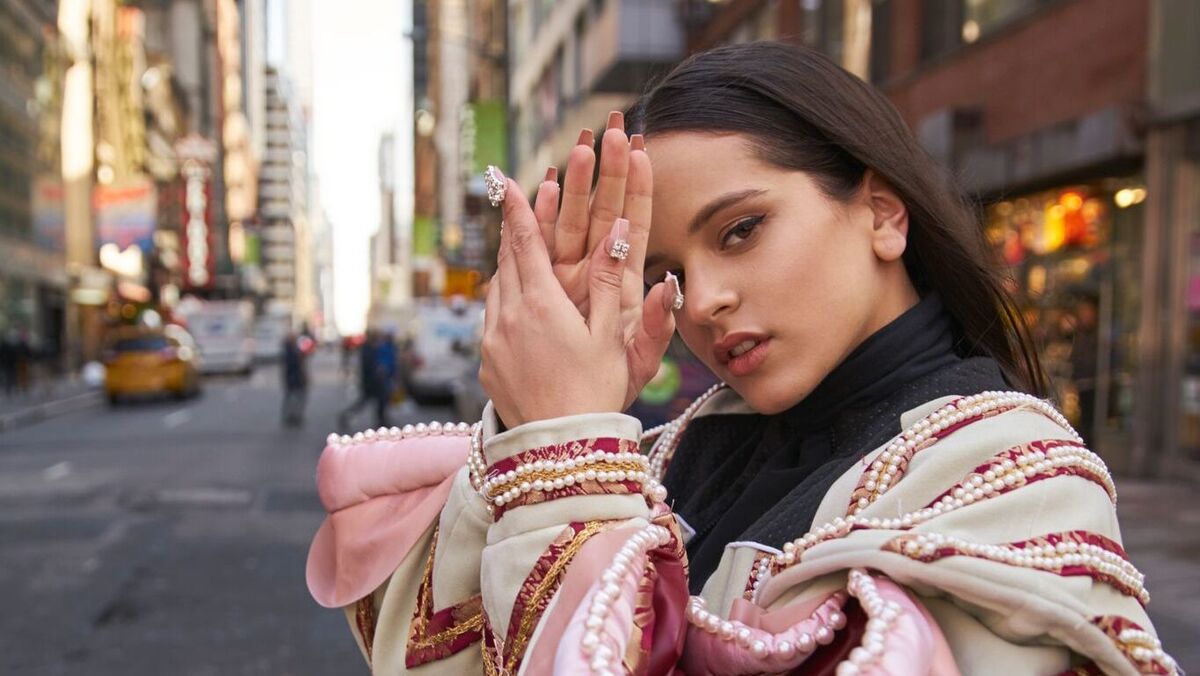 Rosalía is bringing the classic beauty and tradition of flamenco to a new generation. Rosalía Vila Tobella — known simply on stage as Rosalía — has been credited with taking a modern approach to traditional Spanish music by mixing flamenco with R&B, pop and electronic sounds.

Rosalía released her sophomore album, El mal querer, earlier this month and the newcomer earned five award nominations ahead of the 2018 Latin Grammys on Nov. 15, making her the second most-nominated artist at the ceremony this year, just behind J Balvin. "Malamente," the lead single from El mal querer, is nominated for record and song of the year.

Rosalía first perked ears internationally with her debut album, Los ángeles, last year. While the songs on her debut are a more stripped down version of flamenco, made up mostly of her voice, a Spanish guitar and hand clapping, El mal querer is different.

"The first one was more classic, was more respecting the guitar and voice," Rosalía told Antonia Cereijido of NPR's Latino USA. "But in this one, it has the tradition, and the foundation is flamenco, but I did a lot of composing work."

The sound of El mal querer is closer to what Rosalía is really about, says flamenco guitarist Bernat Jimenez. "It's not only flamenco, but it's going much beyond. I think it's a much more eclectic product," Jimenez says.

Jimenez compares Rosalía to a "Spanish Beyoncé," saying it's her image and personality that really make her stand out. Much like the chapters in Beyoncé's visual album, Lemonade, the release of El mal querer — roughly translated to "the bad love" — was preceded by a deliberate marketing campaign on social media. Each song on the album is a separate chapter based on a 13th century manuscript about a love gone wrong. Rosalía says her idea for this album came to her when she was a student at the Catalonia College of Music in Barcelona working under José Miguel Vizcaya, known in the flamenco world as El Chiqui. Rosalía trained in the style of traditional singing known as cante flamenco. Vizcaya says she's been able to use this training and combine it with pop influences.

"It's about having training in the two genres that she mixes in her music and doing it with the knowledge of both," Vizcaya explains.

But Rosalía didn't grow up listening to flamenco in her small Catalan town. Instead she remembers listening to artists her parents played like The Beatles, Bob Dylan and Bruce Springsteen. She first came across flamenco as a teenager when she heard the voice of singer Camarón de la Isla blaring from a car outside her school.

Jimenez says Rosalía's interpretation of the music has upset some in the industry. Critics say she's breaking rules that are considered an essential part of the flamenco tradition and she's been accused of appropriating music belonging to the Romani people, an ethnic group that's historically been marginalized in Spain. But Jimenez disagrees with these critiques.

"We should not consider flamenco as only gypsy music," Jimenez says. "It's a mixture of different cultures and musical traditions that met."

Rosalía wants to push those traditions forward. "I feel like the music I'm doing is very experimental and very radical," she says.

Flamenco has arguably been the soundtrack of the exported image of Spain for years. And Jimenez says that by its very nature, the artform is constantly evolving. "It's like we left different seeds underground, from different species, and we just put some water every year, and suddenly, some different tree, something new is growing up from this," Jimenez says. "But it's a very slow process."

Yet through this process, the flamenco Rosalía creates offers a modern view of where the country and its music are headed.