Accessibility links
Aretha Franklin Touches The Infinite In The Long-Delayed Film 'Amazing Grace' It's been worth the long, long wait: Amazing Grace, made in January 1972, is an extraordinary document that depicts an artist at her technical, creative and spiritual heights. 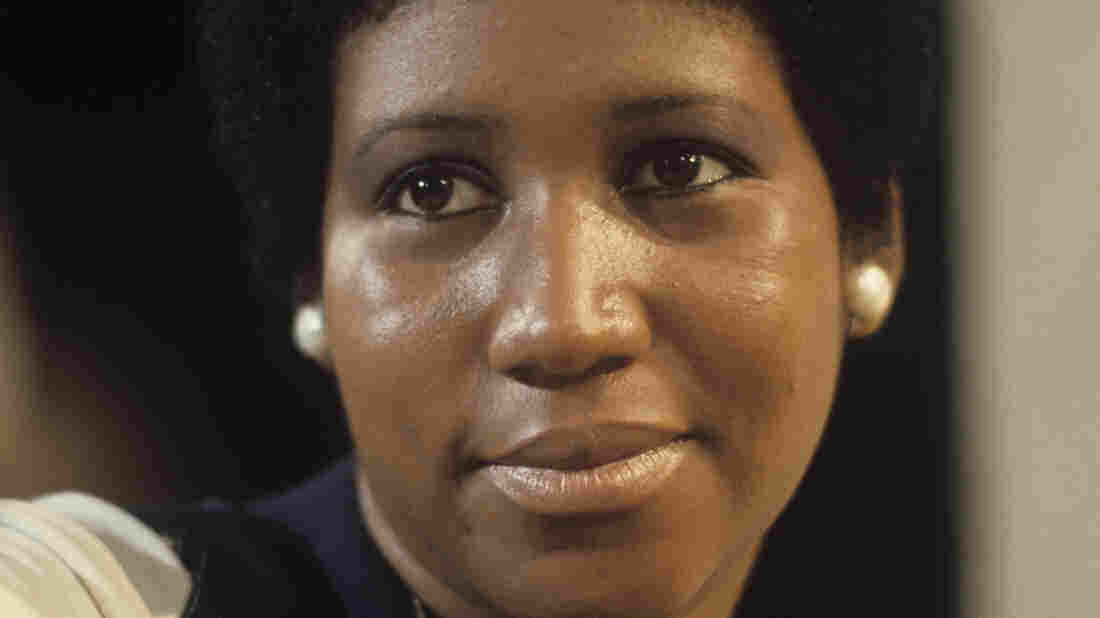 Aretha Franklin, pictured during a television appearance in January 1972, the same month in which the project Amazing Grace was recorded. ABC Photo Archives/ABC via Getty Images hide caption 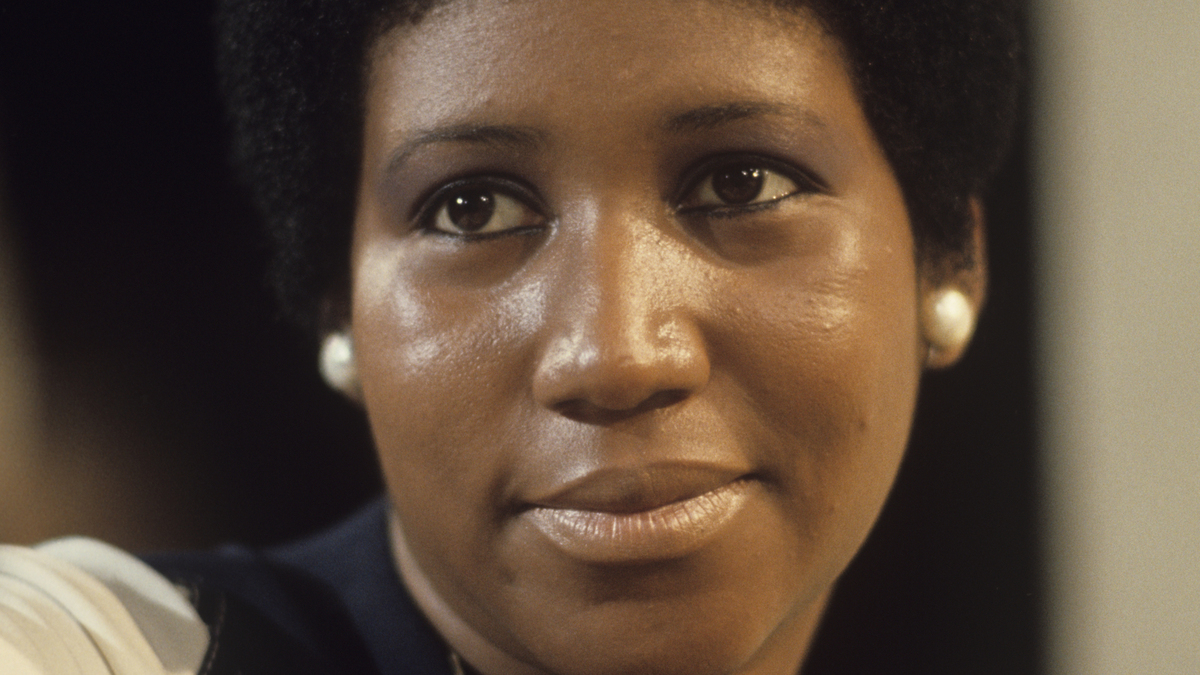 Aretha Franklin, pictured during a television appearance in January 1972, the same month in which the project Amazing Grace was recorded.

Music fans have been waiting almost half a century to see a storied documentary that many thought might never see the light of day: Aretha Franklin's Amazing Grace. Originally directed by Sydney Pollack and completed by Alan Elliott, the film has been talked about since it was filmed in a Watts, California church in 1972 during the recording sessions for a live album of the same name. Now, 46 years after it was shot, the Amazing Grace movie was finally shown in public for the first time Monday, with initial screenings in New York City and more on the way nationwide. (It will be have limited runs in Los Angeles and New York before the end of the year in order to qualify for the 2019 Academy Awards; it's then expected to go into wider circulation early next year.)

As a document of an iconic musician's skills, the film is essential. But Amazing Grace is far more than that: Watching it is a transcendent, spine-tingling, uplifting, utterly joyous experience. As cherished as the album version has been since its release, the film is nothing short of a revelation, soaring from one chill-inducing moment to another.

Recorded over two January nights at Watts' New Temple Missionary Baptist Church, Amazing Grace marked Franklin's thrilling return to her gospel roots after she'd earned 11 consecutive No. 1 pop and R&B singles, won five Grammys and released more than 20 albums. (In a marketing plan that must have made demographic sense at the time but now seems almost unfathomably tone-deaf, Warner Bros. originally planned to pair the Amazing Grace movie with Superfly as a theatrical double-bill.)

In short order, the album version became a classic: It went double-platinum and remains one of the biggest-selling recordings in gospel music history.

Marvin Gaye, whose "Wholy Holy" Franklin covers on Amazing Grace, told her biographer, David Ritz, that the album is "Aretha's singular masterpiece ... her greatest work." And it's with "Wholy Holy" that Franklin begins her performance, seated at the piano, with plushly arranged vocals from the choir backing her. It sets the reverent mood for the sessions.

That sense of shared spiritual experience, a communion of believers and their God, is what defines Amazing Grace — a project recorded not in a studio, but in a living church. Moreover, Franklin is surrounded by a community that she understands innately, says Aaron Cohen, who saw the film's raw footage about a decade ago at Elliott's invitation. Cohen is a professor at the City Colleges of Chicago, as well as the author of a 2011 book about the album Amazing Grace.

Cohen says it's essential to understand the community in which Franklin chose to record: the Watts neighborhood of Los Angeles, which, just six and a half years earlier, had exploded in riots. The unrest — which stemmed from deep-seated anger in the community over high unemployment, poor medical care, inferior housing, bad schools and tensions with police — left 34 people dead, hundreds injured and the neighborhood devastated. 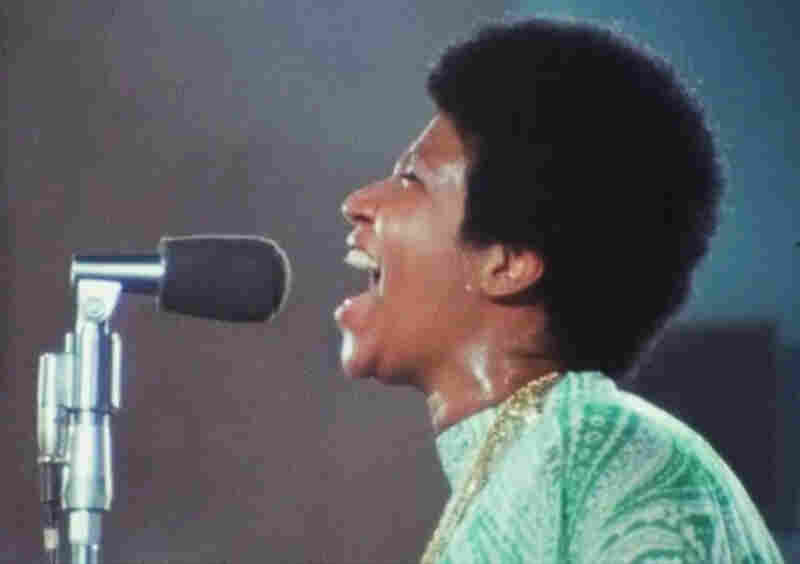 Singer Aretha Franklin in a still from the documentary Amazing Grace. Courtesy of Al's Records And Tapes hide caption 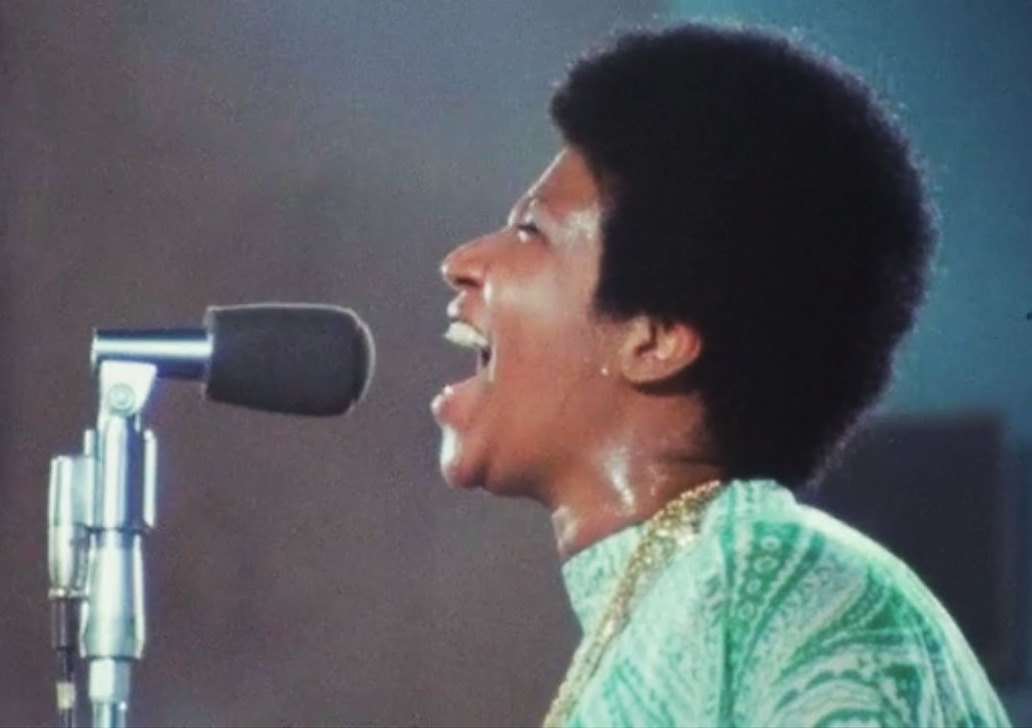 Singer Aretha Franklin in a still from the documentary Amazing Grace.

Courtesy of Al's Records And Tapes

"The film shows not just Aretha performing," he says, "but also this congregation and what it was like to be in a church in Watts in the early '70s, in the post-civil rights era, in a time when the community was redirecting its energy and deciding where to go next. I believe you can feel that," he continues, "through the music, through what she's singing in 'How I Got Over'" — a song that Clara Ward's sister claimed was inspired by a specific incident of racial bullying that the family experienced, but whose lyrics were a touchstone for many black Americans.

In David Ritz's standalone biography of Franklin, 2014's Respect: The Life of Aretha Franklin, the singer's late brother Cecil strikes a similar tone. "I see [Amazing Grace] as the sacred moment in the life of black people," he told Ritz. "Think back. We had lost Martin; we had lost Malcolm; we had lost Bobby Kennedy. We were still fighting an immoral war. We had Tricky Dick in the White House. Turmoil, anger, corruption, confusion. We needed reassurance and recommitment. We needed redirection."

As dramatic as the footage is, the Amazing Grace documentary was plagued by troubles from the outset. The film of the recording sessions was made at the behest of Warner Bros. (the parent company of Franklin's label, Atlantic Records), which hired actor and director Sydney Pollack to create it. Pollack, who had recently earned his first Oscar nomination (for They Shoot Horses, Don't They?), was still green enough as a director to forget an essential need in the pre-digital era: clapper boards to mark the starting points of the visual and audio elements of the film, meaning that what one saw and what one heard were out of sync. The screw-up was so bad that the 20 hours of footage were deemed useless, and the film was jettisoned.

Pollack reportedly dreamed of returning to the material, but that never came to fruition. There were other attempts, though. "It was a very tedious and long process. Initially they tried, and they only got through about 20 feet of film and they gave up," Franklin's niece and the executor of her estate, Sabrina Owens, tells NPR. "And so it ended up on somebody's cutting floor somewhere for years — for decades, actually."

Years later, a former Atlantic A&R staffer-turned-producer named Alan Elliott took up the cause of seeing the Amazing Grace film through, and by around 2010 had painstakingly matched the movie with the sound. But Franklin wouldn't allow the documentary to be released. In 2011, she sued Elliott on the grounds of using her likeness without her permission. In 2015, she sued again to prevent the film from being screened at the Telluride Film Festival.

Elliott was tenacious, however. In the weeks after Franklin's death in August, he persuaded her family to let the film be released at long last. Owens says it started with a call she received from Elliott. "He asked if he could come and preview the film for friends and family," she recalls. "I said yes. They previewed it for us at the Charles H. Wright Museum of African-American History [in Detroit] before about 40 or 50 family members, and we all delighted in what we saw."

Part of that pleasure is in seeing Franklin work alongside her colleagues; these are musicians who innately feel each other, who are able to anticipate each other's every move. Franklin had a crack team of collaborators, including her band of stellar players (Bernard "Pretty" Purdie on drums, guitarist Cornell Dupree and bassist Chuck Rainey). The backing choir was directed by Rev. James Cleveland, who had formerly served as the minister of music at Aretha's father's church, New Bethel Baptist in Detroit, and was one of Franklin's mentors and a gospel-music giant in his own right.

And, as Amazing Grace abundantly demonstrates, his Southern California Community Choir was an extraordinary ensemble — a group which Franklin called "one of the best anywhere" in the 1999 autobiography, From These Roots, which she co-wrote with author David Ritz. Cleveland also serves as the genial emcee for the recording sessions. (At the start of the first night, he reminds the people in attendance that this is a church service taking place in the Lord's house — but adds at the beginning of the second session, "Don't be bashful when the camera comes your way ... so while it comin' your way, get in on it, all right?!")

There's no narrative to the film, and — aside from nothing more of a glimpse of a rehearsal — no behind-the-scenes segments to make viewers feel as if they're learning more about Franklin's process or gaining insights into her day-to-day life.

Instead, what viewers bear witness to is the work of creating ecstasy: the rivers of sweat on Franklin and Cleveland, the eye makeup streaking down her face. The you-are-there framing keeps a close watch on Aretha as she swoops and sweeps with the greatest of ease, skipping between dizzying runs and effortless slides that remind you of what a masterful jazz singer she was. We see mental wheels spinning as Cleveland and Alexander Hamilton, the assistant choir director, keep driving the choir into ever-greater surges of emotion while keeping them immaculately tight.

Moreover, the film captures the breathtaking force of feeling from both artists and congregants. Near the end of the song "Amazing Grace," for which Cleveland has been accompanying Franklin on the piano, he slides off the piano bench, giving his space to Hamilton, and surrenders to shoulder-heaving sobs, rocking himself back and forth in a congregational seat. He's not the only one — by this point, audience and performers alike are wiping tears from their faces — and when Franklin herself sinks down into a seat at the song's conclusion, she well may be weeping, too. But her face is so sparkling with perspiration, it's impossible to tell for sure.

Sabrina Owens says that such moments reveal an intimate facet of the resplendent Queen of Soul. "I think that seeing her in this setting helps them to understand Aretha as a person," she says. "She came from the church. She is a daughter of the church. Her faith was so strong and she just loved gospel music. And I think seeing her in this element, it has to make you feel something."

Franklin was surrounded by family at these performances. There are some beautiful moments between Franklin and her father, the famed preacher Rev. C.L. Franklin, who comes to the second night's session to sit in the front row alongside gospel legend Clara Ward, one of Aretha Franklin's closest guides and her father's longtime girlfriend. Ward seems caught between delight and other feelings — wistfulness? melancholy? — as Franklin, nearly 20 years younger, wails "Never Grow Old" from the piano a few feet away. Meanwhile, Clara Ward's mother, Gertrude, the founder of the Ward Singers, appears to faint a short distance away, as Pollack gestures wildly to his cameramen to capture the scene. (There were at least a couple of other celebrities in attendance that night: The cameras alight upon Mick Jagger and Charlie Watts of The Rolling Stones at the back of the congregation.)

During that second night of recording, Franklin watches her father with shining eyes as he mounts the pulpit to wax ecstatic about her talents. After delivering remarks in his stentorian, mahogany tones, he gleefully tells the congregation, "She is a stone singer," while she melts into a smile. But in a gesture and response intimately familiar to generations of parents and children, we also see a flicker of annoyance in the nearly 30-year-old's fleetingly pursed lips as her father, apparently unbidden, daubs some perspiration off her face while she sings.

Those kinds of understated and elemental moments, Sabrina Owens says, is what makes the film so special. "It was just Aretha standing there singing," she says. "In her element, in a church setting, just doing what she does."