Accessibility links
The Benefits Of Taking Out Loans For College Counselors and parents are hesitant for students to take out loans for college. But a new study shows that borrowing money can actually be helpful to students in community college. 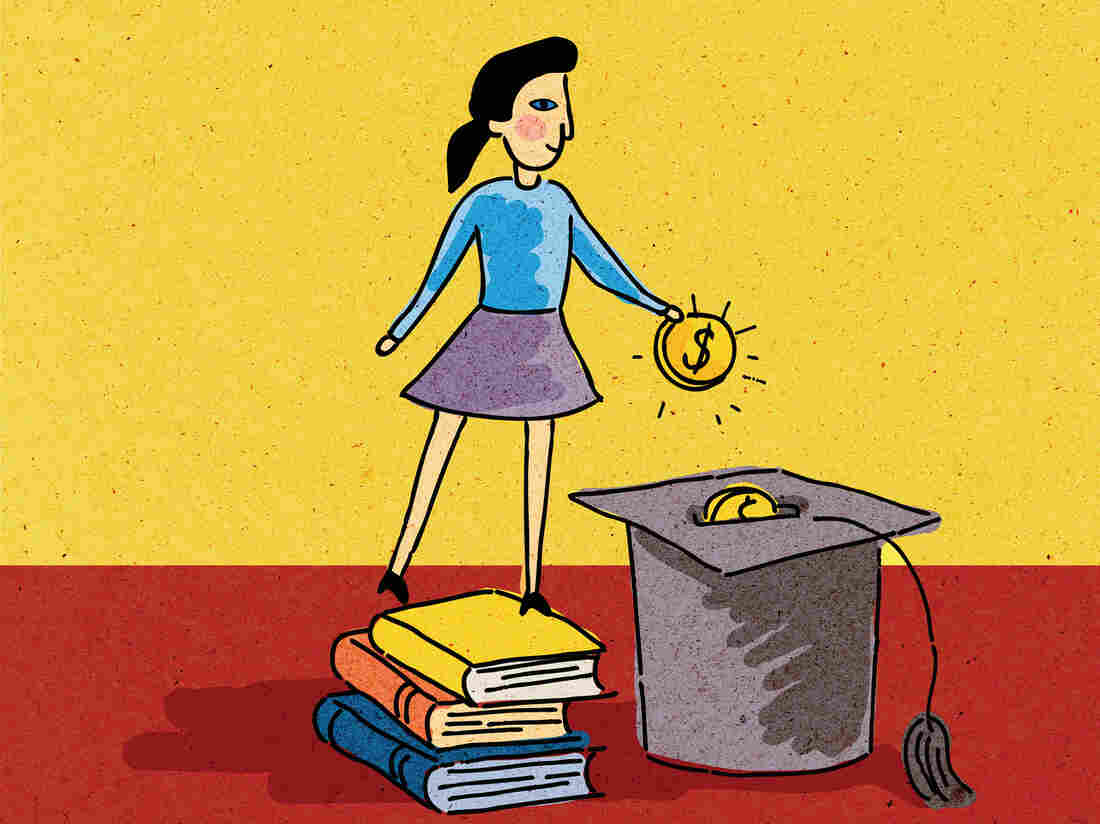 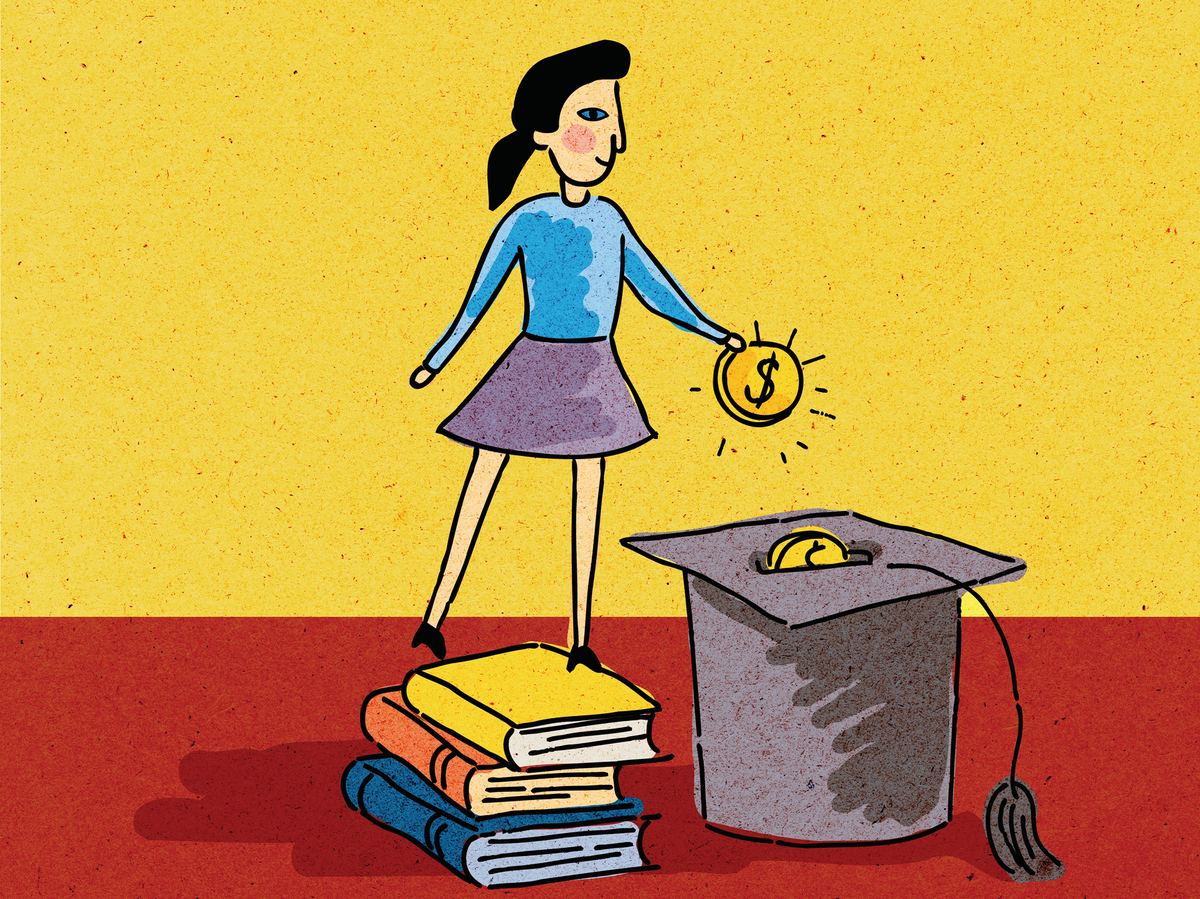 Student debt in the U.S. now stands at about $1.5 trillion. It's a number we often call a crisis, advising students to avoid borrowing if they possibly can.

One of the ways schools have tried to help students cut down on their debt is to stop packaging federal loans with scholarships and grants in financial aid award letters. It could be the case that, even if a student were eligible for a loan, the award letter would show zero loan dollars. About half of community colleges are now doing this.

"It's part of the narrative of the student debt crisis," says Lesley Turner, an assistant professor of economics at the University of Maryland. "Avoid borrowing unless it's absolutely necessary."

But what if those loans are actually a good thing?

Turner, along with Benjamin Marx at the University of Illinois, set out to study this: What impact does not packaging loans have on whether students borrow? And for students who were offered loans in their letters and took them – did that influence how they did in school?

On the first question: Did they borrow more? The answer was yes; students who were offered a loan amount in their letters were more likely to borrow.

And what happened to those students who borrowed? "They attempted more courses, they earned more credit, and they had higher grade point averages," says Turner. The research also found a sizable increase in the likelihood of those students transferring to a four-year public school for a bachelor's degree.

So why is this all happening?

"The most likely explanation," explains Turner "is that this loan allowed students to work less."

Many students attending community college are working while in school, so the loans may have freed up time in their schedules to take more classes, to study or to finish their schoolwork. Even though tuition on these campuses is low – or for some low-income students, free — there are other expenses.

"The cost of college creates a stress," says Oded Gurantz, an assistant professor at the University of Missouri who studies higher education. "So if the money frees [students] up so they're not focusing on where they're going to get their next meal, I actually think it makes a lot of sense that it could help their academic achievement."

The instinct to avoid loans has only grown as the amount of student debt has swelled in recent years.

Sure there are reasons not to borrow, but Huelsman says, on an individual level — if the difference between a small loan is finishing college or not finishing — that's a different story.

"We can critique the current system, but we don't want to pull the rug out from someone who just needs that last $2,000 to pay for food."

It's also true that not all student debt is created equal, explains Sandy Baum, a fellow at the Urban Institute. For many people, student loans helped them get a degree and a higher-paying job. "Borrowing money for college is a very reasonable thing to do," she says. "It is going to increase earnings for most people by far more than the amount that they will have to repay."

"It's not that loans are bad," says Gurantz, from the University of Missouri. There are certain groups of students we should be more concerned about, like students who take out small amounts of loans, don't earn their degree and have a very difficult time paying back those loans, he says. Student loans also impact students of different races and genders in different ways.

It's too soon to know if the students in this research — the ones who took out loans and did better — will fall into the loan trap, or be the students who end up getting a degree.