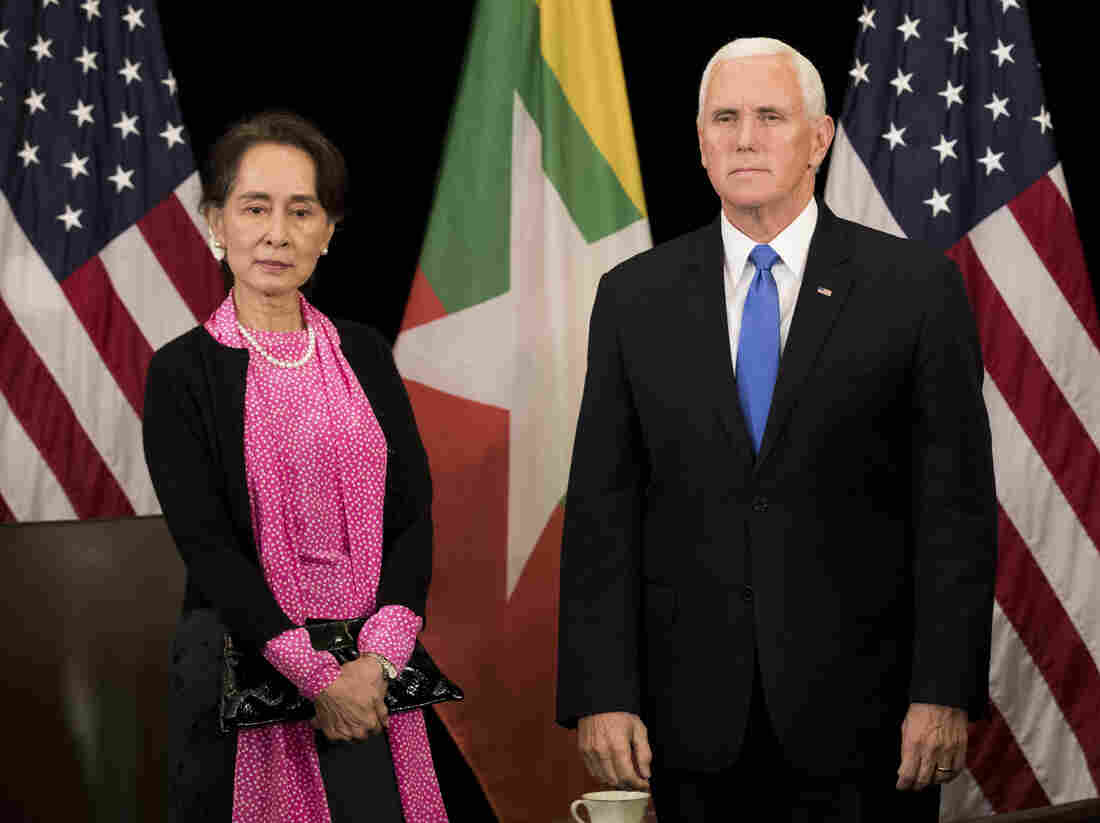 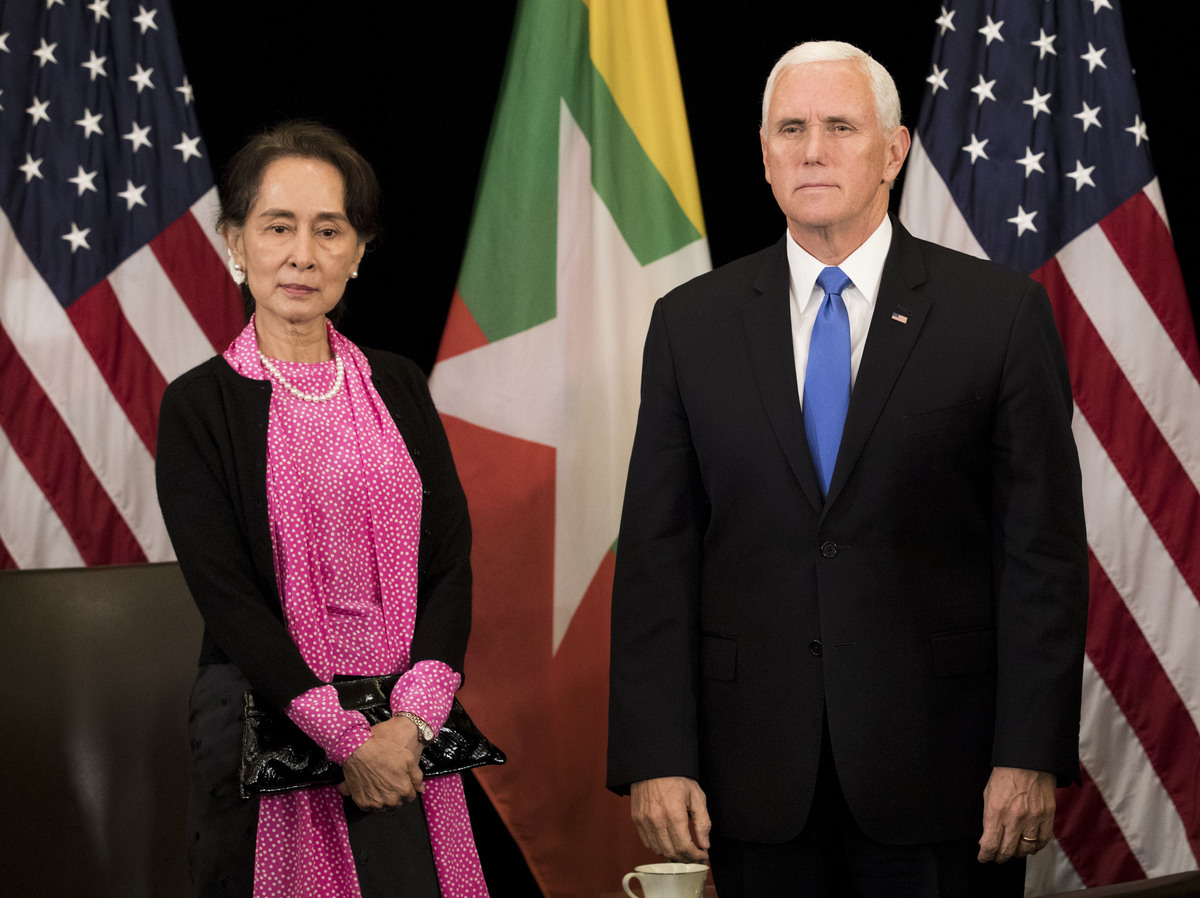 Vice President Mike Pence and Myanmar State Counsellor Aung San Suu Kyi arrive for a bilateral meeting on the sidelines of the Association of Southeast Asian Nations (ASEAN) summit in Singapore on Wednesday.

Vice President Mike Pence had strong words for Myanmar leader Aung San Suu Kyi at a regional summit being held in Singapore, calling out her country's brutal military campaign against minority Rohingya Muslims and the imprisonment of two prominent journalists.

Pence told Suu Kyi that he wanted to hear about progress in resolving the continued persecution of the Rohingya in the country's northern Rakhine state – an army-led crackdown that the United Nations has labeled ethnic cleansing.

Pence and Suu Kyi met briefly on the sidelines of the Association of Southeast Asian Nations (ASEAN) summit in Singapore on Wednesday.

"The violence and persecution by military and vigilantes that resulted in driving 700,000 Rohingya to Bangladesh is without excuse," Pence said.

"I'm anxious to hear about the progress that you're making, holding those accountable who are responsible for the violence that displaced so many hundreds of thousands and created such suffering, including the loss of life," the vice president added.

Suu Kyi responded by saying, "People have different points of view, but the point is that you should exchange those views and learn to understand each other better.

The vice president also raised the issue of the arrest and jailing of Reuters journalists Wa Lone and Kyaw Soe Oo. The two were detained in Yangon last year and subsequently convicted and sentenced to seven years in prison for breaching Myanmar's Official Secrets Act. They were investigating a massacre of Rohingya at the time of their arrest.

Pence said the arrest of the two journalists was "deeply troubling to millions of Americans."

"I look forward to speaking with you about the premium that we place on a free and independent press," he said.

A White House official told Reuters on condition of anonymity that Pence had privately "raised the request that a pardon could be made" for the two journalists.

"They had a very candid exchange of views on that," the official said.

Suu Kyi spent about 15 years under house arrest for opposing her country's earlier military dictatorship, winning her international praise and in 1991, the Nobel Peace Prize.

However, Pence's remarks come as she has increasingly drawn harsh criticism for failing to stop the crackdown on the Rohingya. On Monday, she was stripped of Amnesty International's Ambassador of Conscience award for the "shameful betrayal of the values she once stood for."

"Our expectation was that you would continue to use your moral authority to speak out against injustice wherever you saw it, not least within Myanmar itself," wrote Amnesty's Secretary General Kumi Naidoo.

Even so, the 73-year-old Suu Kyi's title, as state counsellor, does not give her control over the military.

Myanmar's military has carried out killings, organized rapes and the torching of whole villages in its campaign against the Rohingya in recent year, sparked by a nascent separatist insurgency.

The U.N. said in August that mass killings of Rohingya in Rakhine constituted genocide, and that the country's top military commanders should be tried for crimes against humanity.

In September, Suu Kyi acknowledged her country's treatment of Rohingya "could have been handled better."

The long-planned repatriation of Rohingya refugees from Bangladesh back to Myanmar, where they are denied citizenship, is set to begin this week.