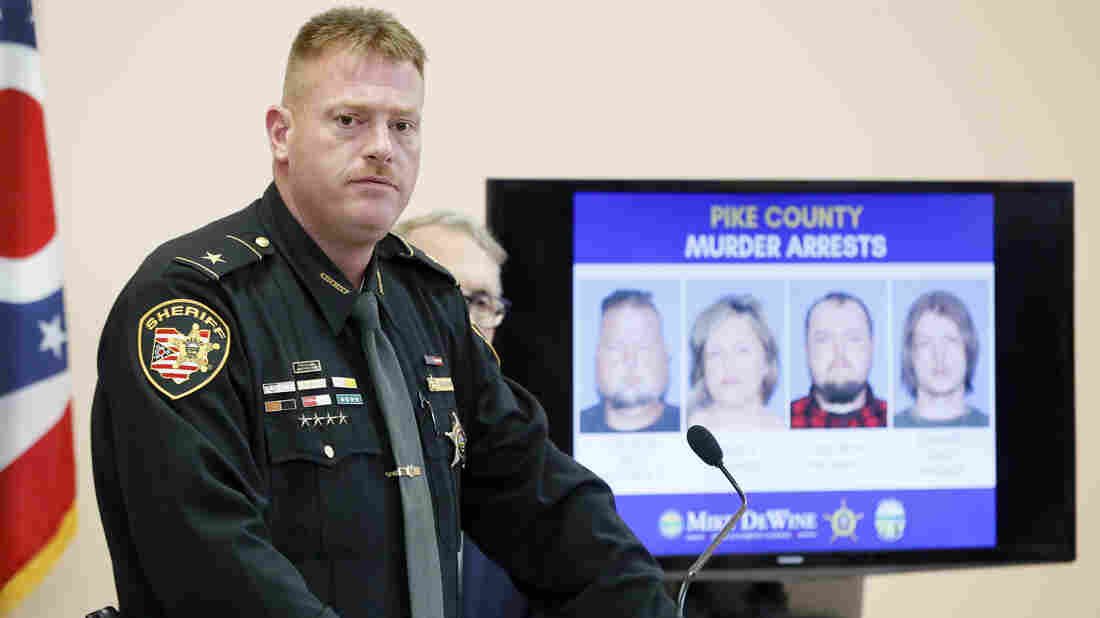 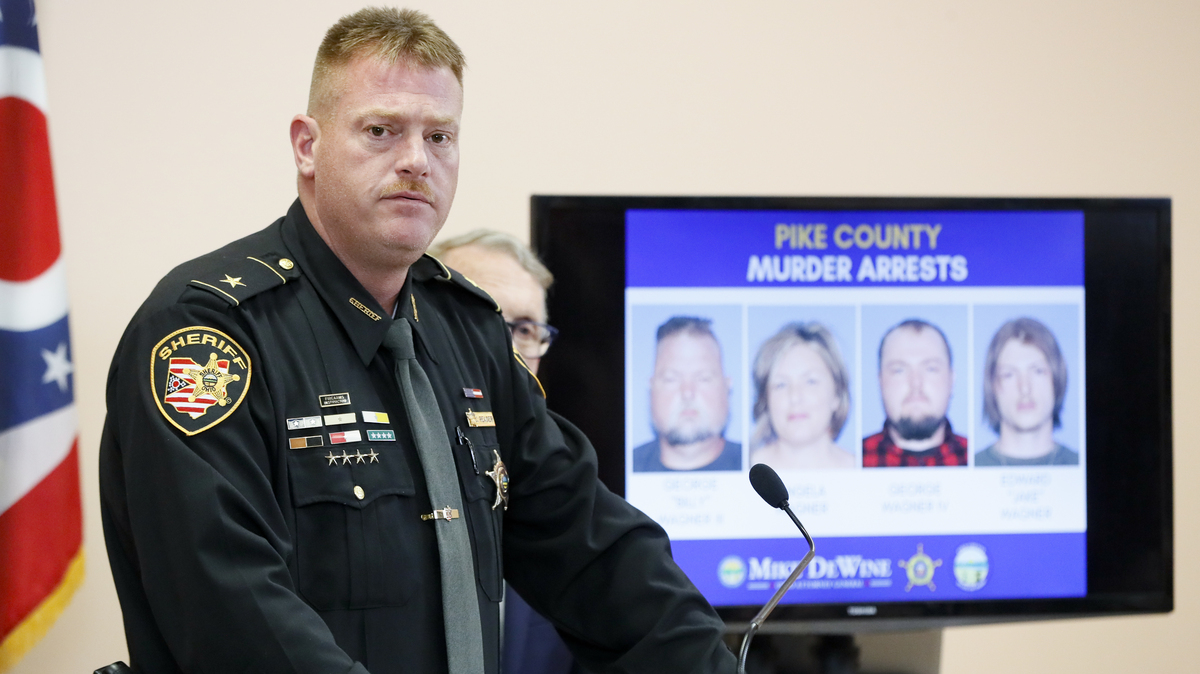 Four people are under arrest more than two years after a gruesome incident in Pike County, Ohio, in which eight members of the same family were killed.

Ohio Attorney General Mike DeWine says four members of the Wagner family were taken into custody Tuesday in the shooting deaths of eight members of the Rhoden family on April 22, 2016.

The four are charged with planning and carrying out the killings are: George "Billy" Wagner III, 47, Angela Wagner, 48, George Wagner IV, 27, and Edward "Jake" Wagner, 26.

All four are charged with a litany of crimes including aggravated murder with a death penalty specification. You can read the full indictments here.

"We have absolutely no evidence that anyone else was involved," DeWine says. "The people who did it are in custody."

An attorney for the Wagner family members tells The Associated Press that his clients will be vindicated. Attorney John Clark says the family is waiting for the day "when the true culprits will be discovered and brought to justice for this terrible tragedy."

The Wagner family allegedly spent months planning the killings. Though he wouldn't speak to a motive, DeWine suggested the slayings were part of an elaborate custody scheme. Jake Wagner is the father of Hanna May Rhoden's older daughter, who DeWine's office says was staying with the Wagner family on the night of the killings.

"There certainly was obsession with custody, obsession with control of children," DeWine says. "This is just the most bizarre story I've ever seen in being involved in law enforcement. The entire story as it will unfold at trial is just amazing."

Two other women, Rita Newcomb and Fredericka Wanger, the mothers of Angela Wagner and Billy Wagner, respectively, were also arrested and charged with participating in the cover-up and with misleading authorities.

DeWine's office had asked for information about the four Wagner family members in June 2017. The case stymied investigators, though they've always maintained they would solve the case.

The eight Rhoden family members were shot to death in four homes near Piketon, in southern Ohio.

A newborn, another baby and a young child were left unharmed in what DeWine calls the only show of mercy the Wagners exhibited.

"All eight victims were killed in cold blood," DeWine says. "They were shot in their own homes. They were brutally and viciously executed. The killers knew the territory and meticulously planned these horrendous murders."

Pike County Sheriff Charles Reader was nearly brought to tears while discussing the effect of this case on the Pike County community. He was on the job less than a year when the shootings occurred.

"Members of one family conspired, planned, carried out and then allegedly covered up their violent act to wipe out members of another family," Reader says. "They did this quickly, coldly, calmly and very carefully ... but not carefully enough."

They did this quickly, coldly, calmly and very carefully ... but not carefully enough.

Reader, Junk and DeWine all agree this is one of the biggest cases Ohio has ever seen.

Reader says Pike County is a resilient community and much more than the place where eight people were slain.

"We are a place that doesn't let cowardly murderers get away with their crimes under the cover of darkness. We are the place that finds justice for victims and today is a big step on that path," he says.

He also made a point of reminding people that the victims' families will have to relive their horrors as the trials unfold. The Rhoden family's connection to drugs and certain illegal activities were frequently discussed as motives in the weeks after the slayings.

"Regardless of if we found marijuana on the properties, the vehicles ... everything that we've done we've done because the victims had no voice and we're their voice now. We were working an eight-person homicide, not a marijuana grow room.

"I believe today, as I did back then, that they deserve more respect — because they are true victims of a heinous crime that's never been seen before ... We're talking about arresting the people responsible for murdering eight people in this county. We're not talking about those eight people having a marijuana grow room."

DeWine added: "Part of the relationship that was going on with some of the individuals involved ... there was an undercurrent of drugs."

"There's no evidence of all the speculation that this was drug-related in the sense of the motive."