Accessibility links
Trump Backs Package Of Changes To Criminal Justice System As Lame-Duck Session Begins The president's support is a big win for activists who have been pushing for criminal justice measures that roll back the stiff penalties imposed as a part of America's decades-long "war on drugs." 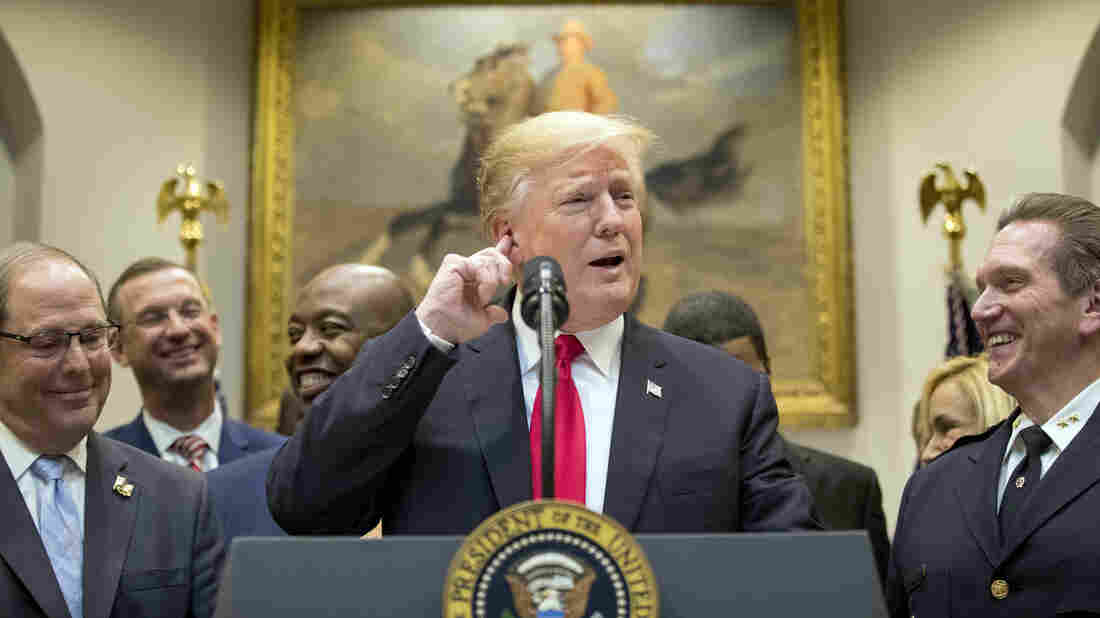 President Trump speaks in the Roosevelt Room of the White House Wednesday as he announces his support for the first major rewrite of the nation's criminal justice sentencing laws in a generation. Andrew Harnik/AP hide caption 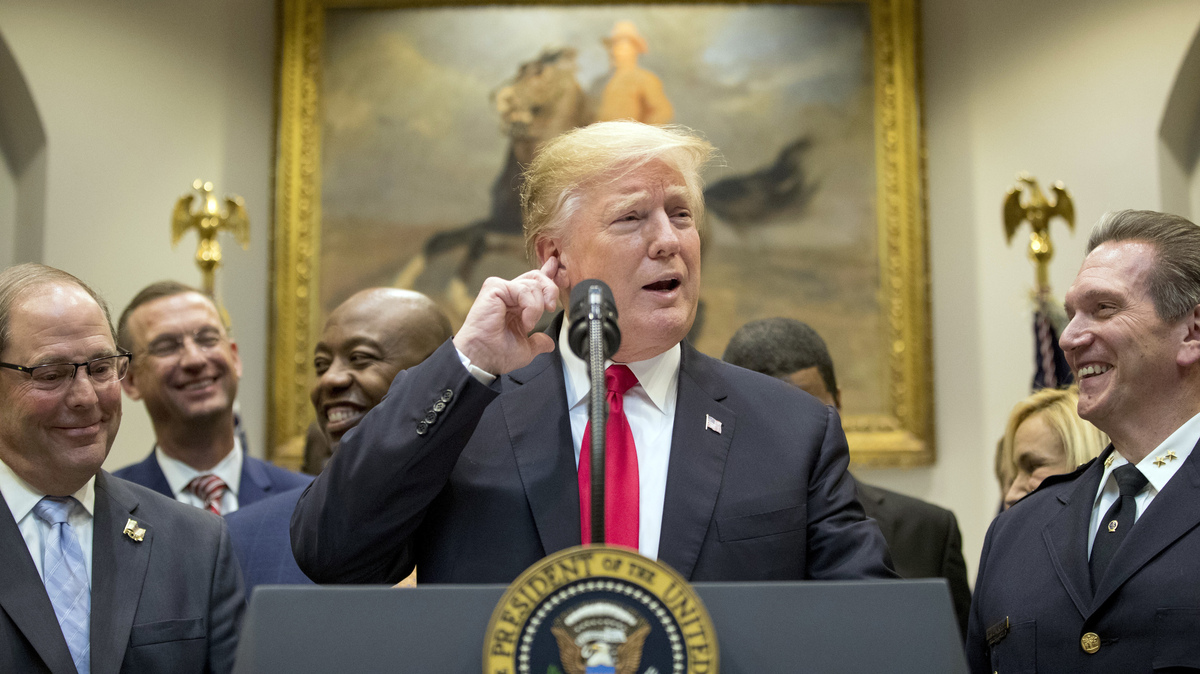 President Trump speaks in the Roosevelt Room of the White House Wednesday as he announces his support for the first major rewrite of the nation's criminal justice sentencing laws in a generation.

President Trump is throwing his support behind legislation that could shorten sentences for some drug offenders and help prisoners adjust to life after incarceration.

Details of the measure have not been officially released, but Trump said Wednesday the bill will provide incentives for prisoners to participate in training or rehabilitation programs with a goal of reducing recidivism.

It will also include measures to address sentencing disparities and inequities.

"Americans across the political spectrum can unite around prison reform legislation that will reduce crime, while giving our fellow citizens a chance at redemption," the president said.

Trump added that he is ready to sign the bill into law whenever it reaches his desk.

Legislation that passed the House of Representatives in May included measures targeting recidivism after incarceration, but did not include sentencing provisions.

That was a sticking point for Republican Sen. Chuck Grassley, who helms the Senate Judiciary Committee. Grassley, of Iowa, had previously backed more comprehensive measures.

Grassley, who joined Trump at the White House for Wednesday's announcement, has been working with Sen. Dick Durbin, D-Ill., and others to put forward legislation that addresses sentencing and changes prison policies.

"We are grateful for the White House's ongoing engagement to make these long overdue reforms a reality," Grassley and Durbin said in a statement.

Senate Majority Leader Mitch McConnell, R-Ky., said Wednesday he told supporters of the criminal justice package that he can't start counting votes for any legislation until they finalize the details of an agreement. A vote count is key to any decision by McConnell to allow a bill to come up on the Senate floor.

"We don't have a whole lot of time left," McConnell said. "But the first step is to finalize what proponents are actually for."

Trump's support is a big win for activists who have been pushing for criminal justice measures to roll back the stiff penalties imposed as a part of America's decades-long "war on drugs."

Supporters of changing the sentencing provisions argue that mandatory minimum sentences and other policies have disproportionately affected African-American and Hispanic communities, while doing little to curb crime.

Trump's endorsement is critical for getting the Republican support necessary to get a bill passed during the lame-duck session, said Mark Holden, general counsel to Koch Industries, which has been pushing for the changes.

"It always matters if the president is on board ... but this president, in particular, it's important that he gets behind it," Holden said. "This is an issue that some Republicans haven't always been focused on."

Trump himself has made being "tough on crime" a major part of his pitch to voters. In response to the opioid crisis, Trump even called for the death penalty for some drug dealers.

During his announcement about the criminal justice bill, Trump said his administration will work to keep dangerous criminals off the streets.

But, he said, sometimes people get caught up in bad circumstances. He talked about the case of Alice Marie Johnson, who was sentenced to life in prison for a nonviolent drug charge.

"I'll never forget the scene of her coming out of prison after 21 years and greeting her family and everyone was crying," Trump said. "It was a beautiful thing to see, it was a very tough situation."

In a tweet after the announcement, the president said members of the House and Senate "have poured their time, heart and energy into the crucial issue."

I am grateful to be here today w/ Members of the House & Senate who have poured their time, heart and energy into the crucial issue of Prison Reform. Working together w/ my Admin over the last two years, these members have reached a bipartisan agreement...https://t.co/wflidv2cZr

Jared Kushner, Trump's son-in-law and a top adviser, has been a driving force in the White House pushing for changes to the criminal justice system.

Kushner, whose father served time in federal prison, spearheaded the White House effort to get legislation passed on the issue.

The criminal justice effort also got a boost with the departure of former Attorney General Jeff Sessions, an adamant opponent of changing existing rules and principles governing sentencing.