Accessibility links
DOJ Memo: Acting Attorney General Whitaker's Appointment Is Legal The appointee, named after President Trump forced out his predecessor, may go ahead because he served at a sufficiently high level within the DOJ for more than a year, the legal office says. 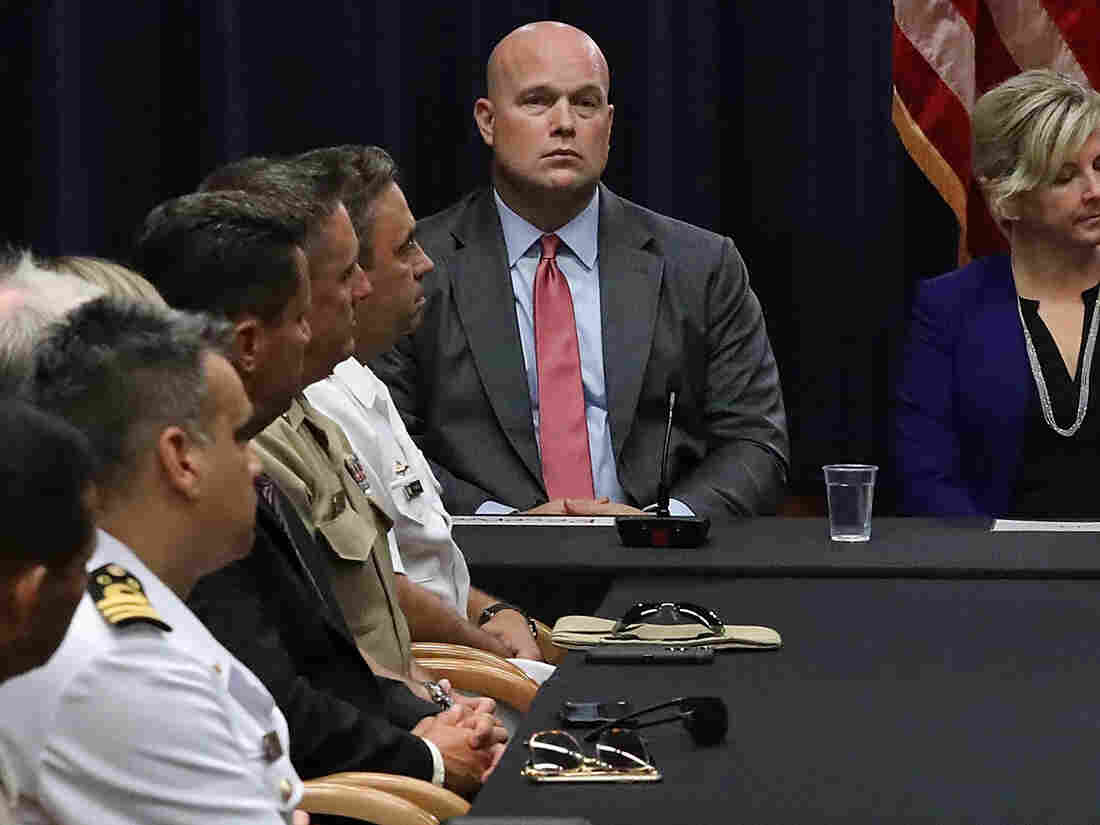 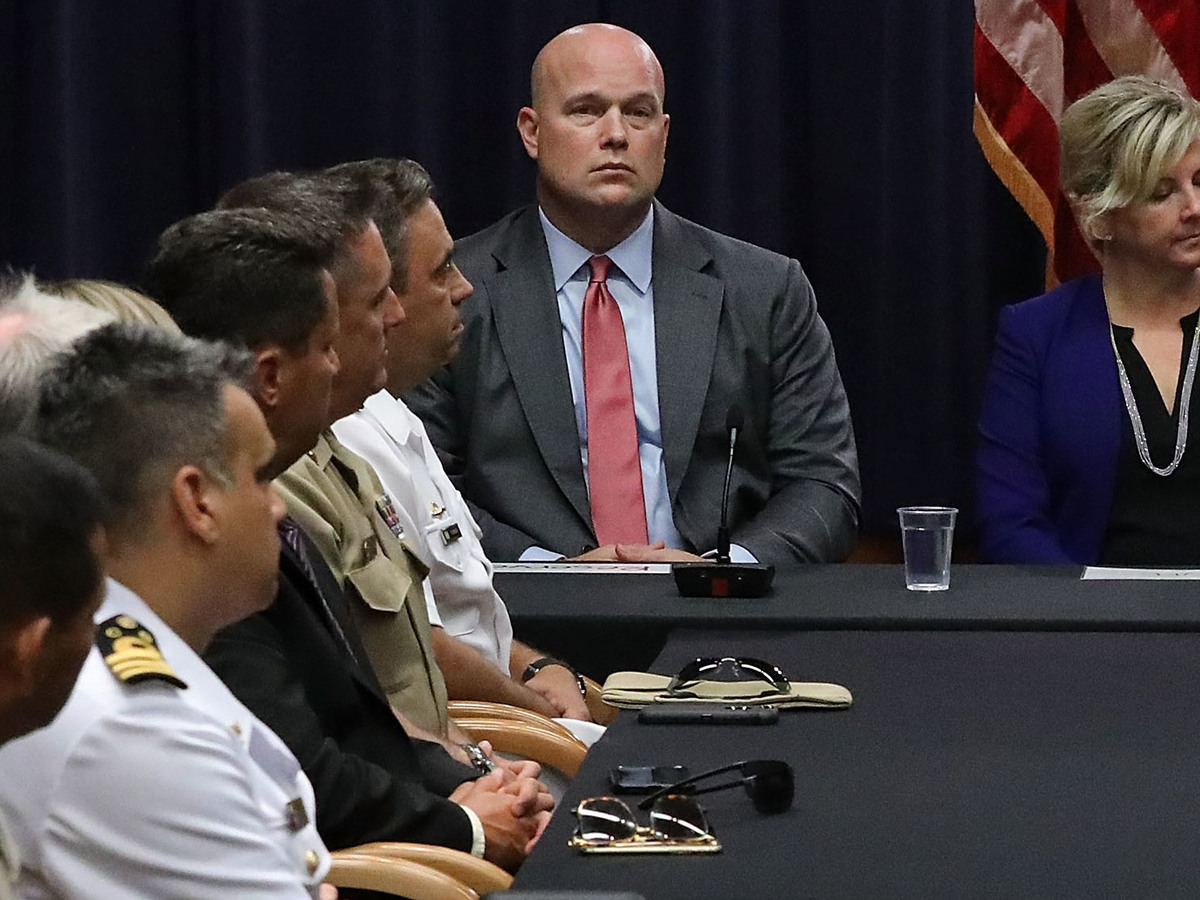 Acting Attorney General Matthew Whitaker's appointment was legal, a Justice Department memo concluded on Wednesday. Critics call it "unconstitutional" because he wasn't confirmed by the Senate.

Acting Attorney General Matthew Whitaker's temporary appointment was legal, the Justice Department said in a memo on Wednesday — but it did not address whether he must recuse himself from the Russia investigation.

President Trump has the power to appoint Whitaker as an acting replacement for former Attorney General Jeff Sessions because Whitaker has been a senior enough leader for more than a year, the Office of Legal Counsel concluded.

Whitaker was Sessions' chief of staff.

And although the Justice Department has a Senate-confirmed No. 2 leader in Deputy Attorney General Rod Rosenstein, the law "does not displace the president's authority to use the Vacancies Reform Act as an alternative," the memo says.

The Justice Department's legal counsel office said it identified at least 160 officials before 1860 who weren't confirmed by the Senate but who served as "principal officer" on a temporary basis.

Accordingly, the Office of Legal Counsel said it advised the White House that Whitaker's temporary appointment "did not transform his position into a principal office requiring Senate confirmation."

"We were requested by the president to [see] what his options might be," a senior Justice Department official told reporters on Wednesday. Asked about timing of that inquiry, the official said: "I'm not going to get into that."

Outside critics have argued that Whitaker's appointment is unconstitutional because he leapfrogged Rosenstein, who was vetted by the Senate Judiciary Committee and confirmed by the full chamber.

The vacancy reform law suggests that Whitaker may remain in the position for 210 days. Trump has said he intends to nominate a permanent replacement who would be confirmed by the normal process in the Senate.

Trump forced out Sessions last week after months of acrimony. Trump never forgave Sessions for recusing himself from the Russia investigation now being conducted by special counsel Robert Mueller.

The Justice Department is investigating whether anyone involved with Trump's campaign conspired with the Russians who attacked the 2016 presidential election. Sessions recused himself because he had been part of the campaign.

But Whitaker was an open critic of the Russia investigation before he joined the government under Sessions, and he also has ties to at least one person who has been caught up in it — former Trump campaign official Sam Clovis.

Democrats and others have argued that means Whitaker must take himself off the Russia case just as Sessions did; Whitaker has given no suggestion that he will.

Democrats also say they want to know more about Whitaker's role in what the Federal Trade Commission called a business "scam" last year; a number of House Democrats said Wednesday that they want more information about what Whitaker did for the company involved.

The Justice Department did not opine about that aspect of the case in its memo and the senior official who briefed reporters also did not address it.

"This opinion addresses the lawfulness of his designation as attorney general and that's it," the Justice Department official said.