Accessibility links
Security Council Votes Unanimously To Lift Sanctions On Eritrea The move by the Security Council is the latest evidence that the Horn of Africa countries of Eritrea, Ethiopia, Djibouti and Somalia may be moving towards peace. 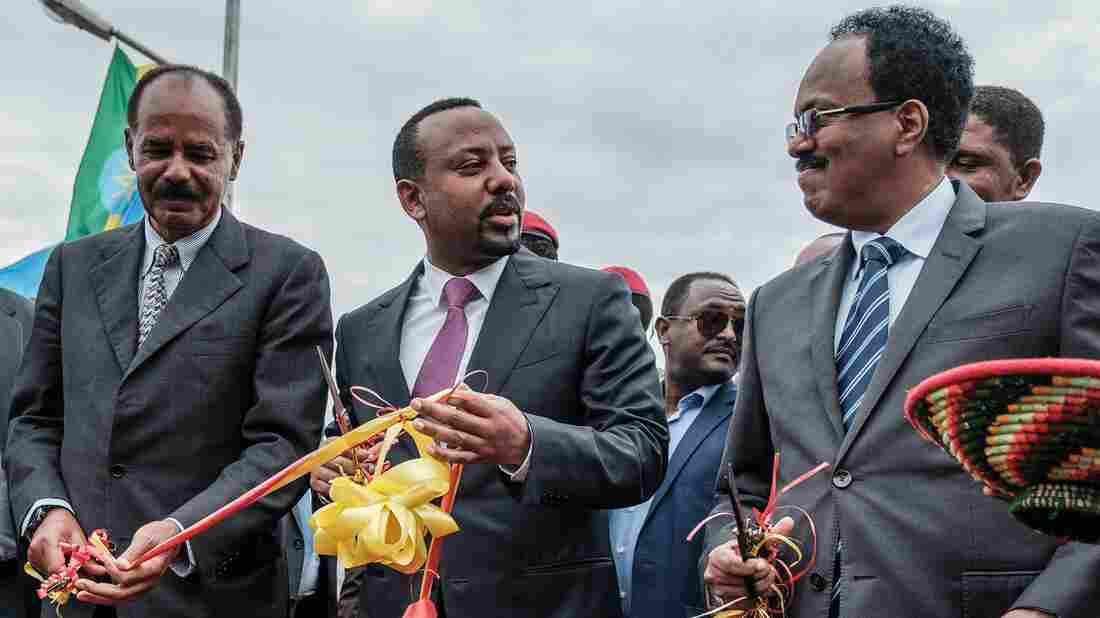 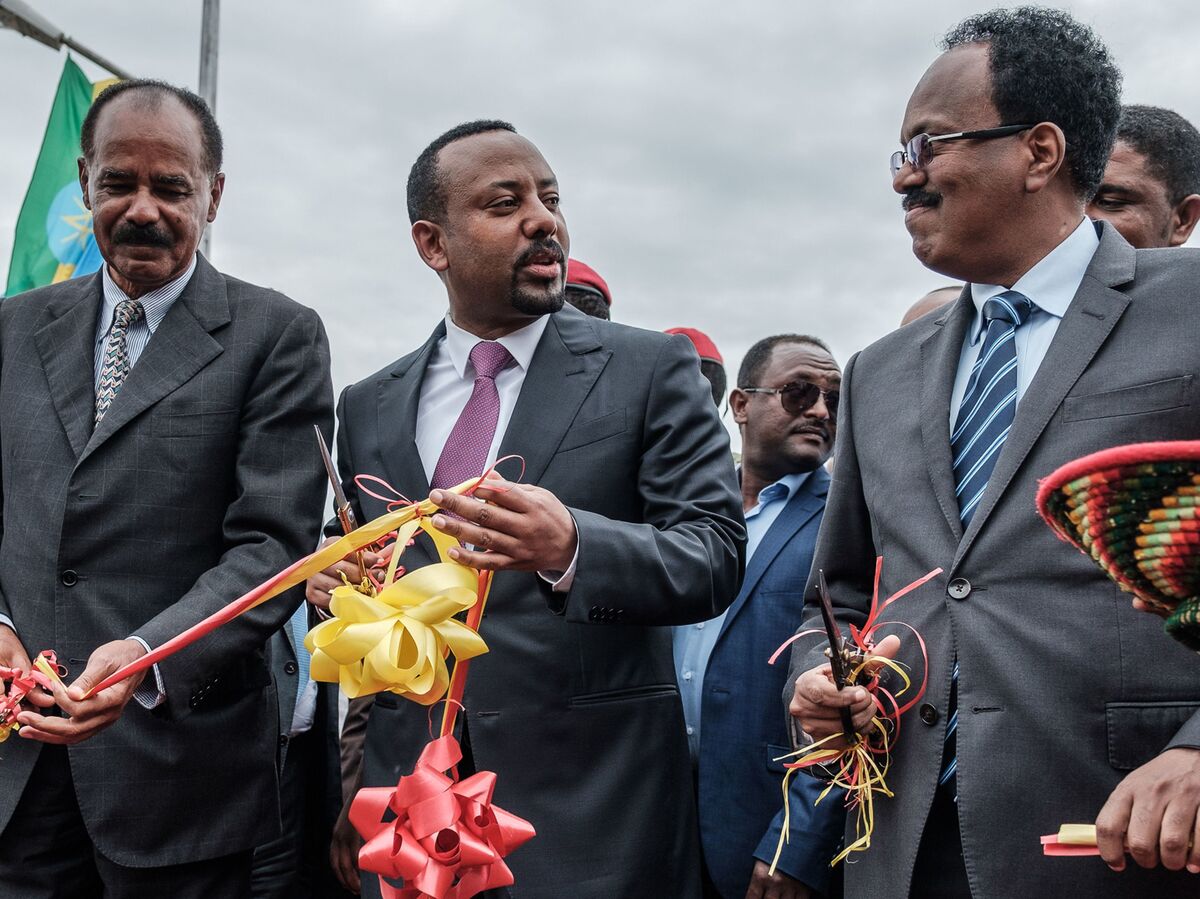 The U.N. vote is the latest development in the thawing of tense relations between Eritrea its three neighbors to the south — Ethiopia, Djibouti and Somalia.

The U.N. imposed sanctions on Eritrea in 2009, accusing the Eritrean government of supplying arms to the al-Shabab terror organization operating in Somalia and for failing to resolve border conflicts with Djbouti. Eritrea's longstanding hostility with Ethiopia, from which it declared its independence in 1993, also played a role.

The 2009 Security Council resolution accused Eritrea of "providing support to the armed groups engaged in destabilization activities in Somalia."

Wednesday's resolution noted that the U.N. committee responsible for monitoring Somalia and Eritrea had "not found conclusive evidence that Eritrea supports al-Shabab."

The resolution to end the sanctions was introduced by the United Kingdom and Northern Ireland.

In a tweet, British diplomats said Eritrea and her neighbors deserve the credit for "today's historic resolution."

The unanimous vote by #UNSC to lift sanctions on Eritrea is testament to the efforts of #Eritrea, #Ethiopia, #Djibouti and #Somalia to move political processes forward and reach agreement.

"It shows that sanctions can be lifted," said British ambassador Karen Pierce. "Sanctions are a means to an end, they are means to advance progress, political progress. They are a means to stop conflict. I think this region of Africa has done the international community a big favor by showing that it can be done."

Longstanding tensions between Eritrea, Ethiopia and other Horn of Africa countries appear to be quickly eroding.

Eritrea's Charge d'Affaires Amanuel Giorgio said that despite the progress, the region is far from stable.

"While proud of the region's capability to resolve intransigent conflicts at unprecedented speed, we are not complacent," he told the Associated Press. "Eritrea recognizes that a more difficult and complex task is waiting ahead. It is determined to redouble its own efforts and work closely with its neighbors to build a region at peace with itself."

The U.S. supported Wednesday's resolution and Deputy Permanent Representative to the U.N, Jonathan Cohen, praised Eritrea for its recent actions.

'I Am Calling Randomly To Say Hi': Eritreans, Ethiopians Phone Each Other Amid Thaw

"The United States welcomes Eritrea's rapprochement with its neighbors. We are encouraged by its stated commitment to reengage in an effort to establish enduring peace and regional cooperation and to open the door to its reintegration," he said in a statement. "But there is much more to do."

Cohen said questions regarding the final status of the Djibouti-Eritrea border still needed to be resolved and missing Djiboutian troops still need to be accounted for.

He added that the U.S. "predicates its support for lifting U.N. sanctions against Eritrea on the current lack of evidence connecting Eritrea to al-Shabaab." Cohen said the U.S. supports the renewal of an arms embargo and other sanctions on Somalia, which were included in Wednesday's resolution, along with continued oversight of that country.

"It's clear that al-Shabab continues to pose a serious threat to the peace and stability of Somalia and the region," Britain's Pierce said. "This resolution underlines our full support for the Somali authorities in their efforts to combat this threat."

Accordingly, Somali security forces are exempted from the reaffirmed arms embargo in the resolution, which also reaffirms a ban on the import of Somali charcoal as it is believed to be a significant source of revenue for al-Shabab.

Michele Keleman contributed to this report.