Accessibility links
German 'Playboy' Retracts Ennio Morricone Interview, Calling It A 'Farce' A back-and-forth between Playboy Germany and the famed Italian film composer over an interview the magazine published this week has ended in disgrace for the publication and its journalist. 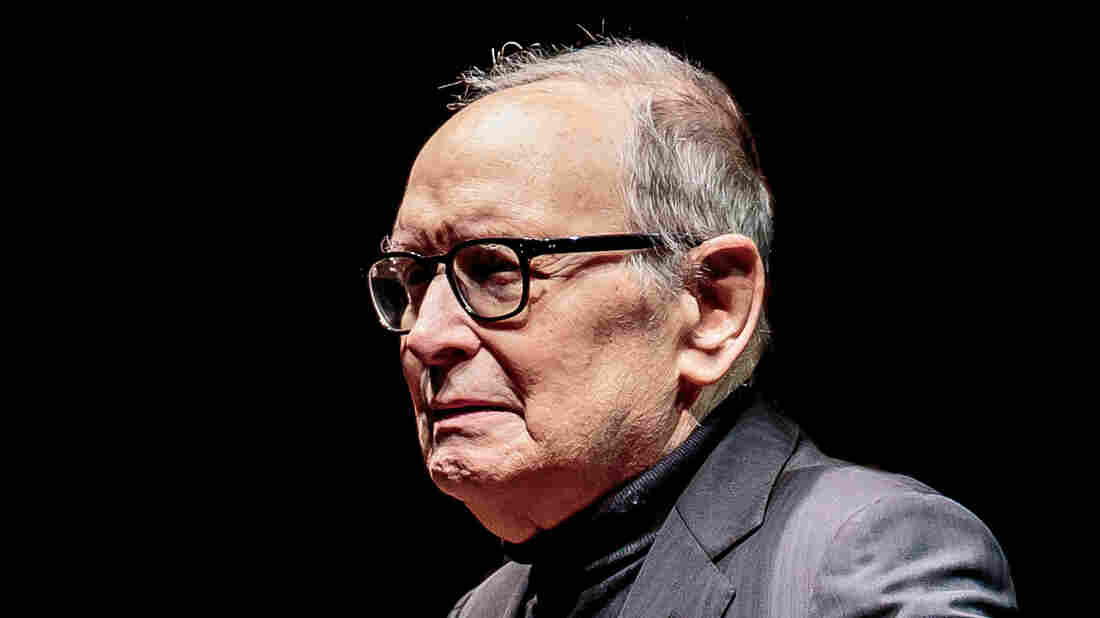 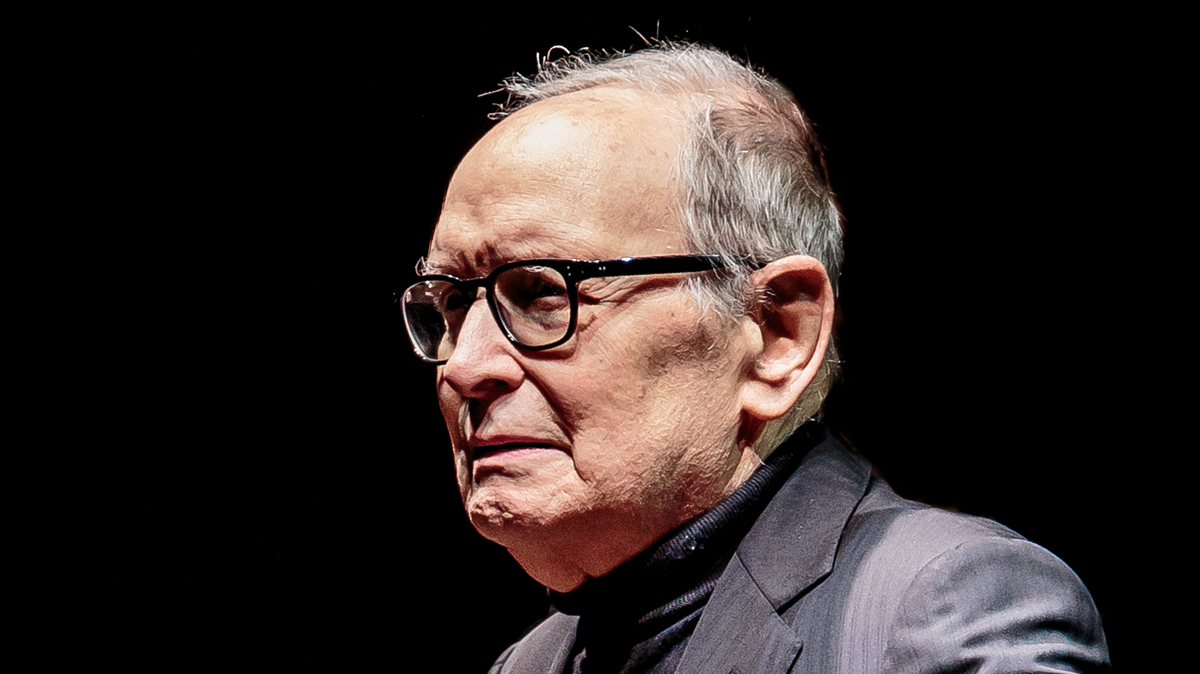 The composer Ennio Morricone, onstage in December 2017 in Milan.

Quentin Tarantino is "a cretin," his films are "garbage" and the Oscars are "boring," the famed film composer Ennio Morricone ostensibly told the German edition of Playboy in an interview published online on Sunday. Except that Morricone — who won an Oscar for scoring Tarantino's film The Hateful Eight and whose early work Tarantino incorporated into previous films — didn't say any such things, according to the magazine.

"It has come to my attention that Playboy Germany has come out with an article in which I have stated extremely negative comments about Tarantino and his films, and the Academy," the composer wrote as part of a statement published on his website. "I have never expressed any negative statements about the Academy, Quentin, or his film — and certainly do not consider his films garbage. I have given a mandate to my lawyer in Italy to take civil and penal action." (For what it's worth, the composer described working with Tarantino on The Hateful Eight as "perfect" in an interview two years ago with The Guardian, "because he gave me no cues, no guidelines.")

In the Playboy interview, conducted by veteran freelance journalist Marcel Anders — and which has been removed from the magazine's website, but not before being preserved — Morricone was also quoted as calling America "dreadful."

A statement issued on Wednesday by Playboy Germany's editor-in-chief Florian Boitin explains, starkly, what happened. [Note: The link to Boitin's statement on the magazine's website contains material that is NSFW.]

"To our dismay, we have now established that sections of the interview published by us do not accurately reflect the words spoken by Mr. Morricone," Boitin writes. "Mr. Anders has now addressed the accusations himself, and admits to making 'terrible mistakes.' In a letter made available to the editorial team, he apologizes to Mr. Morricone for his failure to adhere to the statements given when writing the interview for Playboy and for adding statements made at other times and in other media.

"Based on the information at our disposal," Boitin continues, "his actions have resulted in irresponsible inaccuracies at best and, at worst, in intentional deceit. Whatever the circumstances, these deliberate falsifications are an intolerable breach of journalistic ethics."

After apologizing for not saving readers from "this farce of an interview," Boitin says the magazine is planning to file a criminal complaint against Anders for his alleged falsifications.

In an interview published Monday by The Guardian, Morricone initially denied even speaking to the magazine at all, saying: "This is totally false ... I have not given an interview to Playboy Germany."

Morricone's promoter and the broker of the interview, Amsterdam-based General Entertainment Partners, says in a statement released Tuesday that it was under the impression the interview was primarily meant for Deutschlandfunk, not Playboy.

Within its statement, the company also shared an email it says it received from Anders in which he apologizes, writing in part: "I sincerely apologize to the Maestro and everybody involved. I should have sticked [sic] to the original interview conducted in Rome and not have added anything that is incorrect. It was a terrible mistake to do."

Playboy Germany initially defended its piece following Morricone's repudiation of its contents, telling The Guardian on Tuesday that the publication was "surprised to hear that Ennio Morricone denies having given an interview to German Playboy," saying the interview took place in June and that it was published in celebration of the composer's 90th birthday on Nov. 10.

Adding to the confusion is the fact that the Playboy story was the second Morricone interview conducted by Anders that has been published in the past week. On Nov. 10, the day before Playboy ran its interview, German radio outlet Deutschlandfunk aired its own, also conducted by Anders. In that benign piece, the maestro discusses his prolific career — he has composed or arranged the music for hundreds of films — and his desire to compose work "that is not intended for the cinema."

Deutschlandfunk did not respond on Wednesday to a request for comment. Multiple attempts to reach Anders were unsuccessful.