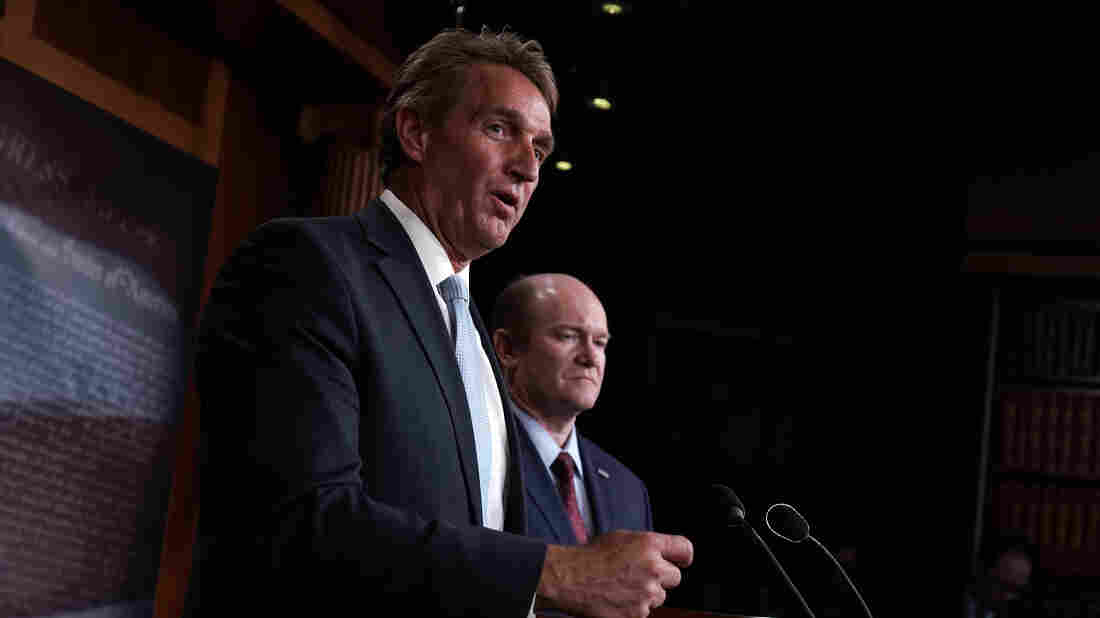 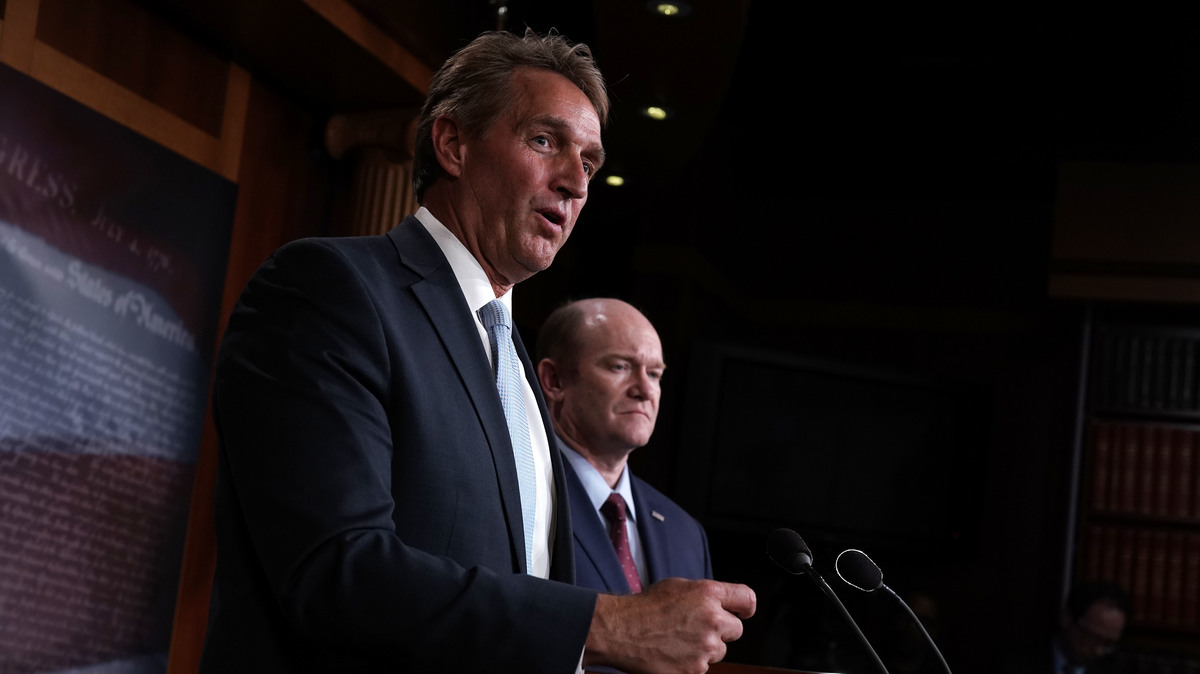 Sen. Jeff Flake, R-Ariz. (left), and Sen. Chris Coons, D-Del., speak to members of the media during a news conference Wednesday on the Special Counsel Independence and Integrity Act.

"Why are we so sanguine about this?" Flake said in a speech on the Senate floor Wednesday. "Why? Why do we do this, to protect a man who seemingly is so incurious about what Russia did during the 2016 elections. Why do we do that?"

And in a Senate where Republicans hold just a two-vote margin over Democrats, if Flake can persuade just one other GOP senator to join him, he could halt the confirmation of 32 judicial nominees now awaiting a vote on the floor.

The confirmation of judges has been a key agenda item for Republicans in the Senate. But McConnell objected to Flake's request for a vote on a bill intended to protect Mueller Wednesday afternoon, saying that he didn't see the probe as under threat.

"As you can imagine I talk to the president fairly often, [and there's been] no indication that the Mueller investigation will not be allowed to finish, and it should be allowed to finish," McConnell told reporters. "We know how the president feels about the Mueller investigation, but he's never said 'I want to shut it down.'... I think it's in no danger so I don't think any legislation is necessary."

These latest developments come just a week after Attorney General Jeff Sessions was forced to resign and the president replaced him with a man who has expressed skepticism about the ongoing probe.

Matthew Whitaker has previously advocated narrowing the scope of Mueller's probe or even limiting its funding.

"Jeff Sessions was just forced from office. ... [Whitaker] has already expressed hostility towards the investigation. I think that's a pretty good reason" to vote on the legislation, Flake said.

Flake, who is working on the legislation with Sen. Chris Coons, D-Del., is hardly the only Republican interested in protecting the ongoing Mueller probe.

"I think Mueller needs to be protected, and if something like [the Mueller protection bill] were to come to the floor, I can't imagine not voting for it," retiring Sen. Bob Corker, R-Tenn., the chairman of the Senate Foreign Relations Committee, told NPR.

"I believe that we should bring to the Senate floor legislation that would put restrictions on the ability of President Donald Trump to fire the Special Counsel," Sen. Susan Collins, R-Maine, said last week, after Sessions' firing.