Accessibility links
Betsy DeVos Sued For Failing To Implement Automatic Student Loan Forgiveness A new lawsuit claims tens of thousands of borrowers are still waiting for the Department of Education to erase their debt — about $250 million — as it was ordered to do last month. 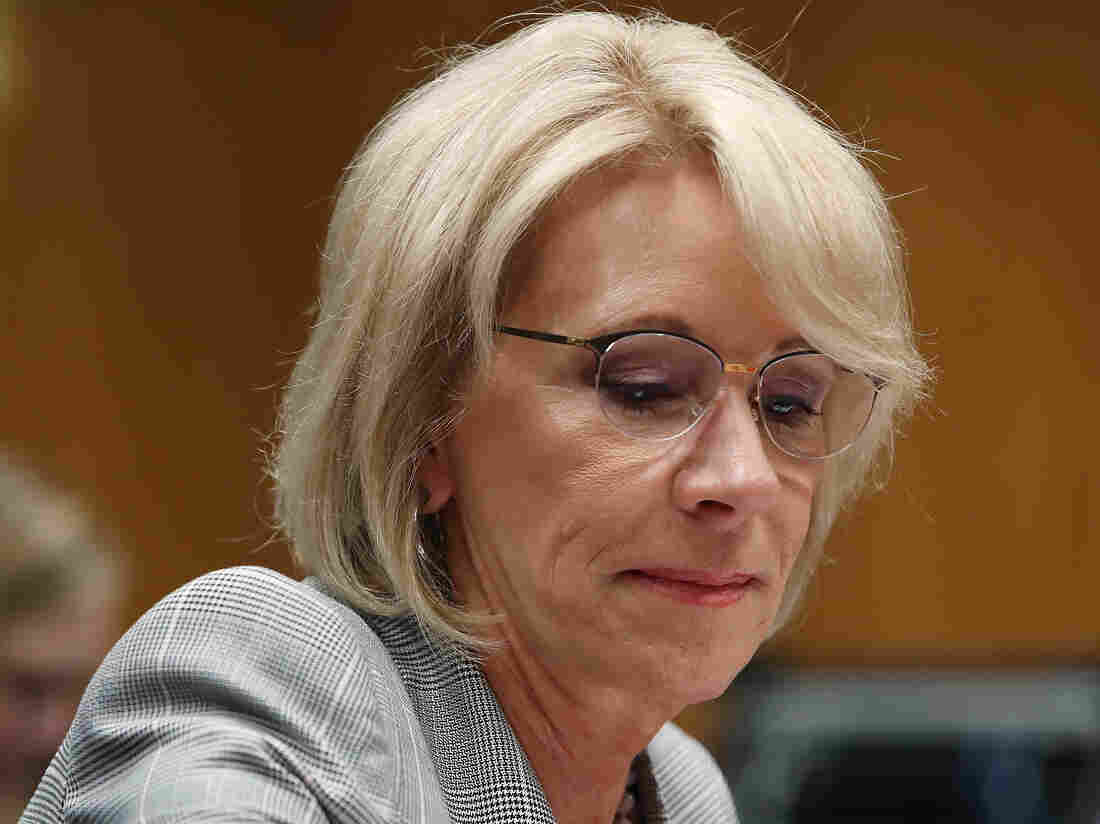 Education Secretary Betsy DeVos faces a new lawsuit filed on Tuesday. It alleges the Dept. of Education has failed to comply with the Borrowers Defense rule, a student loan forgiveness program that would automatically cancel debt for borrowers whose schools have closed. Mark Wilson/Getty Images hide caption 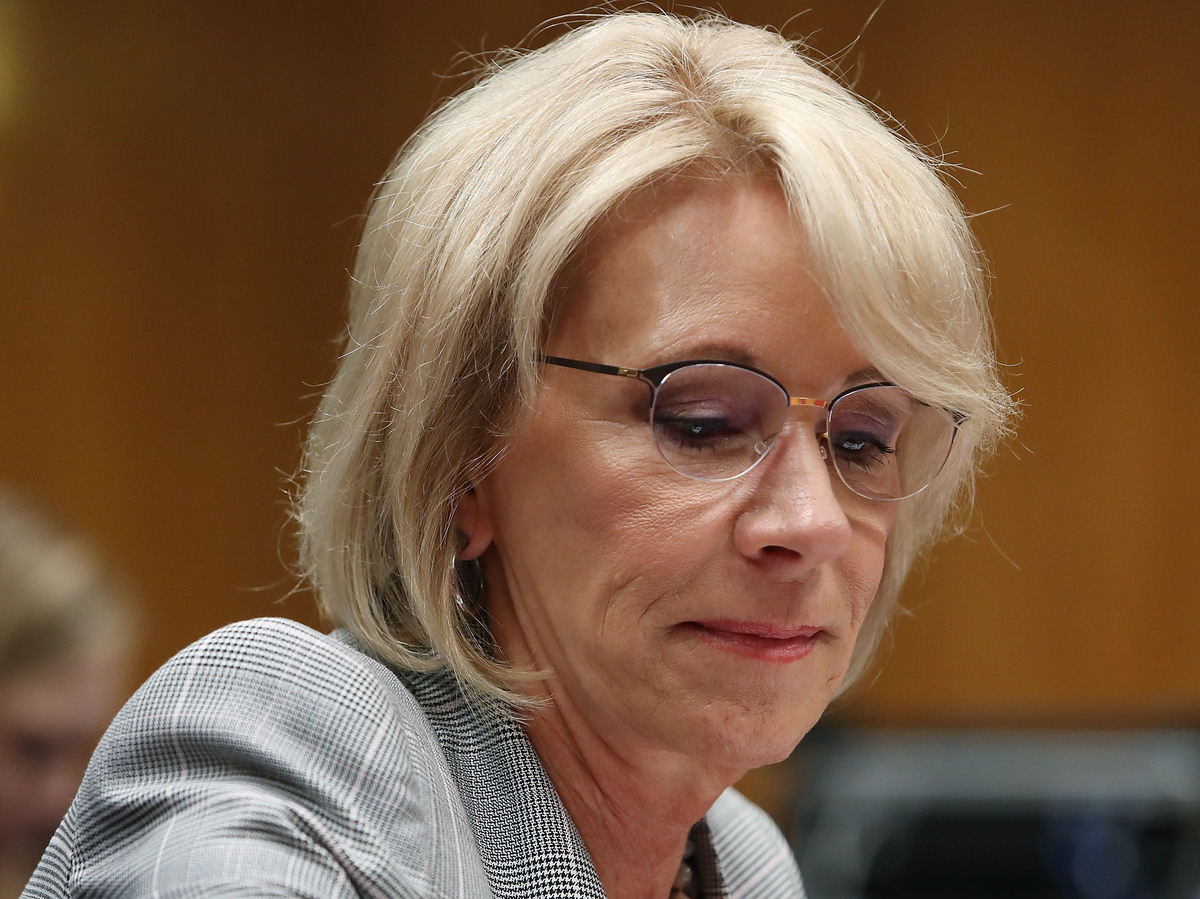 Education Secretary Betsy DeVos faces a new lawsuit filed on Tuesday. It alleges the Dept. of Education has failed to comply with the Borrowers Defense rule, a student loan forgiveness program that would automatically cancel debt for borrowers whose schools have closed.

A ruling by a federal judge last month seemed like it would end a long legal battle between Education Secretary Betsy DeVos and tens of thousands of student loan borrowers waiting to have their debts canceled. But as of Tuesday, there is a new round of litigation.

A group called the Housing and Economic Rights Advocates is suing DeVos, claiming the Department of Education has failed to comply with Borrower Defense regulations, as it was ordered to do, and that it continues to collect on loans that should be discharged.

The Obama-era rule was designed to cancel loans of borrowers who were defrauded by for-profit colleges abruptly shut down before students could earn their degrees.

"Under current leadership, the Department of Education seems determined to deny student borrowers the financial relief to which they are entitled," Aaron Ament, president of the National Student Legal Defense Network, which filed the lawsuit on behalf of HERA, said in a statement. "Secretary DeVos is still dragging her feet and hurting tens of thousands of borrowers through her inaction."

DeVos delayed the rule from going into effect in July 2017, embarking on a rewrite that would make it tougher for students to get debt relief. After a series of internal setbacks the new version is slated for 2020. In the meantime, the Education Department was ordered to immediately cancel loans for eligible student borrowers without requiring an application.

"The students we are trying to help have been doubly victimized – first by the for-profit colleges that deceived them, and now by the federal government that refuses to help," Ament said.

Liz Hill, a spokeswoman for DeVos, told NPR in an email that the department is "moving quickly to implement the rule, starting with the borrowers who qualify for a closed school loan discharge under the 2016 regulations."

Hill did not explain why the judge's ruling last month wasn't implemented or give a timeline for when the department expects to erase the debts. But she said officials are "working diligently to identify those borrowers who qualify for the closed school discharge and who are entitled to relief without filing a claim."

"The Borrower Defense Rule was negotiated after two large for-profit chains — Corinthian Colleges and the ITT Technical Institute — shut down hundreds of campuses following regulatory crackdowns in recent years. The rule would allow borrowers to have their loans forgiven if a state has successfully taken action against a for-profit school."

The lawyers filing the suit estimate tens of thousands of people who attended approximately 1,400 campuses that closed between November 2013 and November 2015 are eligible for the automatic debt forgiveness program. The only stipulation is that they can't have re-enrolled at another school that participates in the federal student loan program.

More than 165,000 claims have been filed since the Borrower Defense Rule was launched by the Obama administration, the AP reported in September.

"That means there's about $250 million in loans that should be discharged right now," Sam Gilford, director of external affairs for student-rights group told NPR.

The lawsuit wants loans discharged and borrowers reimbursed for all past payments. It also calls for students' adverse credit history in relation to the loans to be cleared and for borrowers to become eligible for new federal loans and grants.