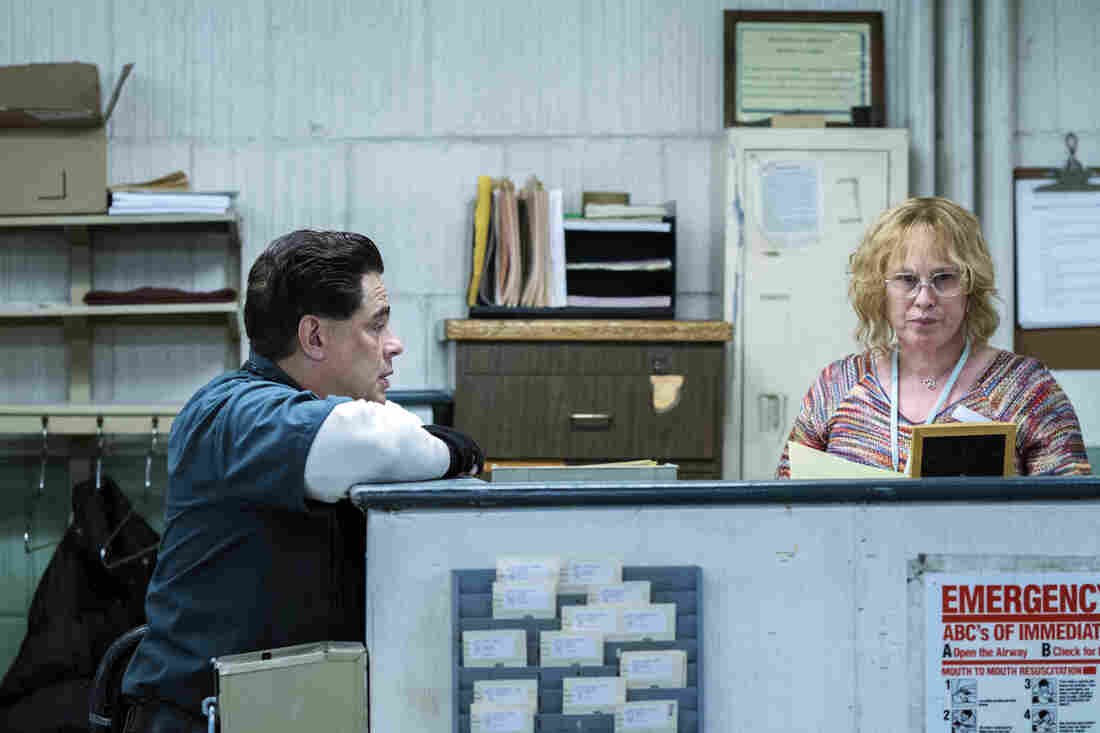 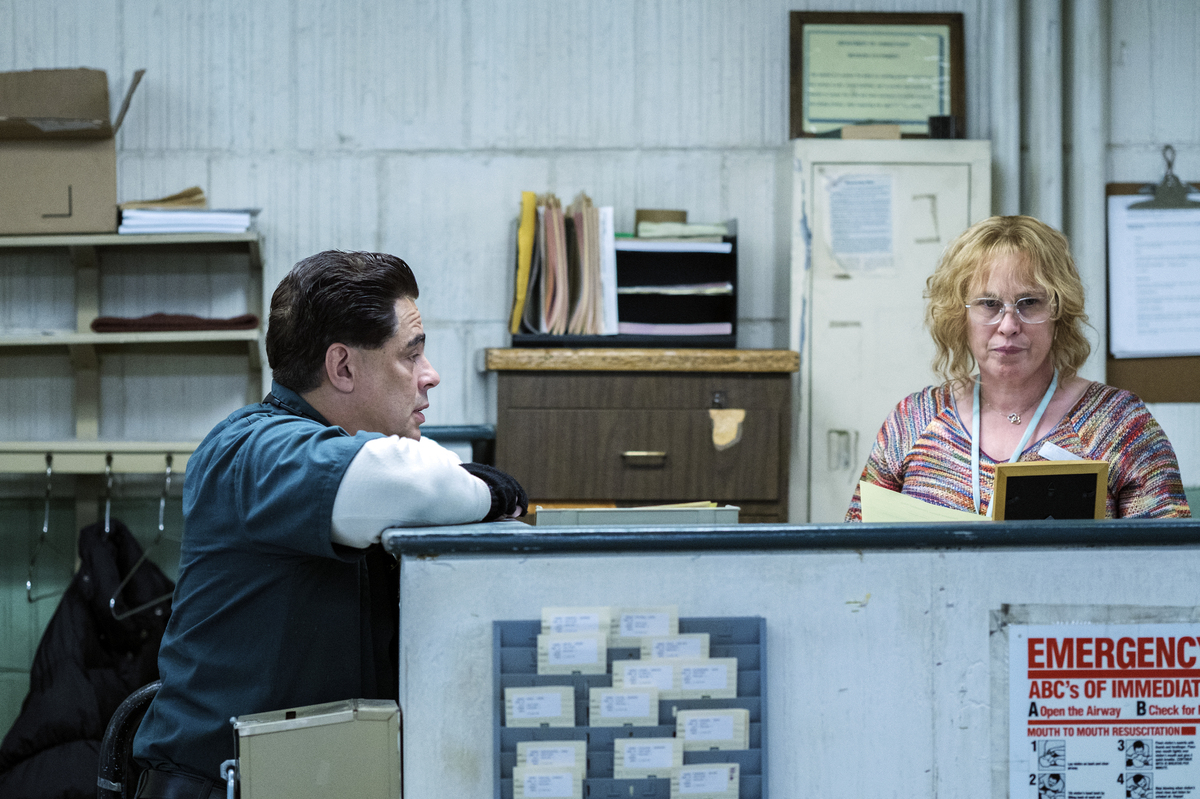 It was the kind of love triangle that would test the imagination of even the most creative novelists.

In 2015, Richard Matt and David Sweat, two prison inmates, turned a sexual relationship with a female employee at the prison into their ticket to freedom. And for weeks, news coverage followed every twist and turn of their remarkable escape from Clinton Correctional Facility in Dannemora, N.Y.

N.Y. Prison Worker Who Helped Inmates Escape Gets Up To 7 Years

After they got out, they hid in the woods for more than three weeks before police tracked them down. Richard Matt was killed in a gunfight. David Sweat was taken back into custody.

It was only a matter of time before this made-for-Hollywood drama found its way into a Hollywood script. The result is a seven-episode show that premieres Sunday on Showtime called Escape at Dannemora.

Benicio del Toro stars as Richard Matt and Paul Dano as David Sweat. Patricia Arquette stars as Tilly, the woman who helped them escape. And they're directed by Ben Stiller — yes, Ben Stiller.

"I've always wanted to direct stuff that wasn't necessarily funny," Stiller says in a joint interview with Arquette. "This story came up. The timing of it, the opportunity was there to work on it. And to really work with these actors, I felt like I learned so much."

"I felt like I learned so much too," Arquette says. "Ben was an amazing director. He really gave us a lot of space to explore things and—"

On playing the part of Tilly 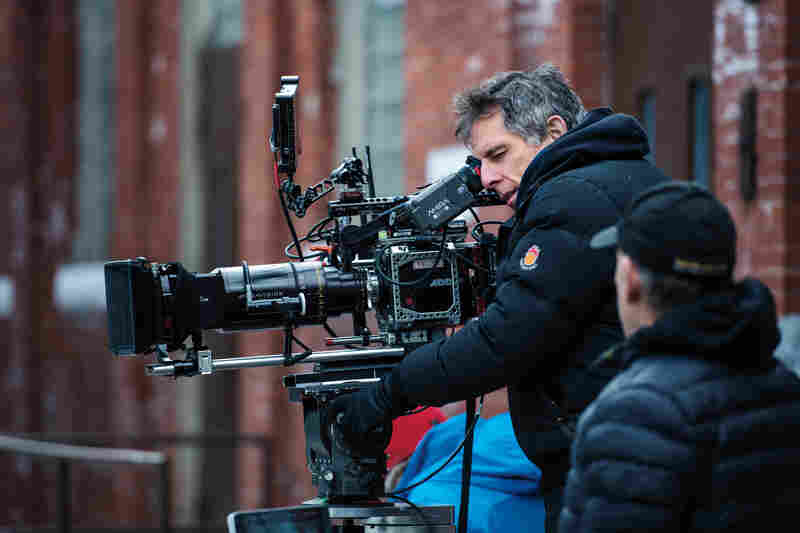 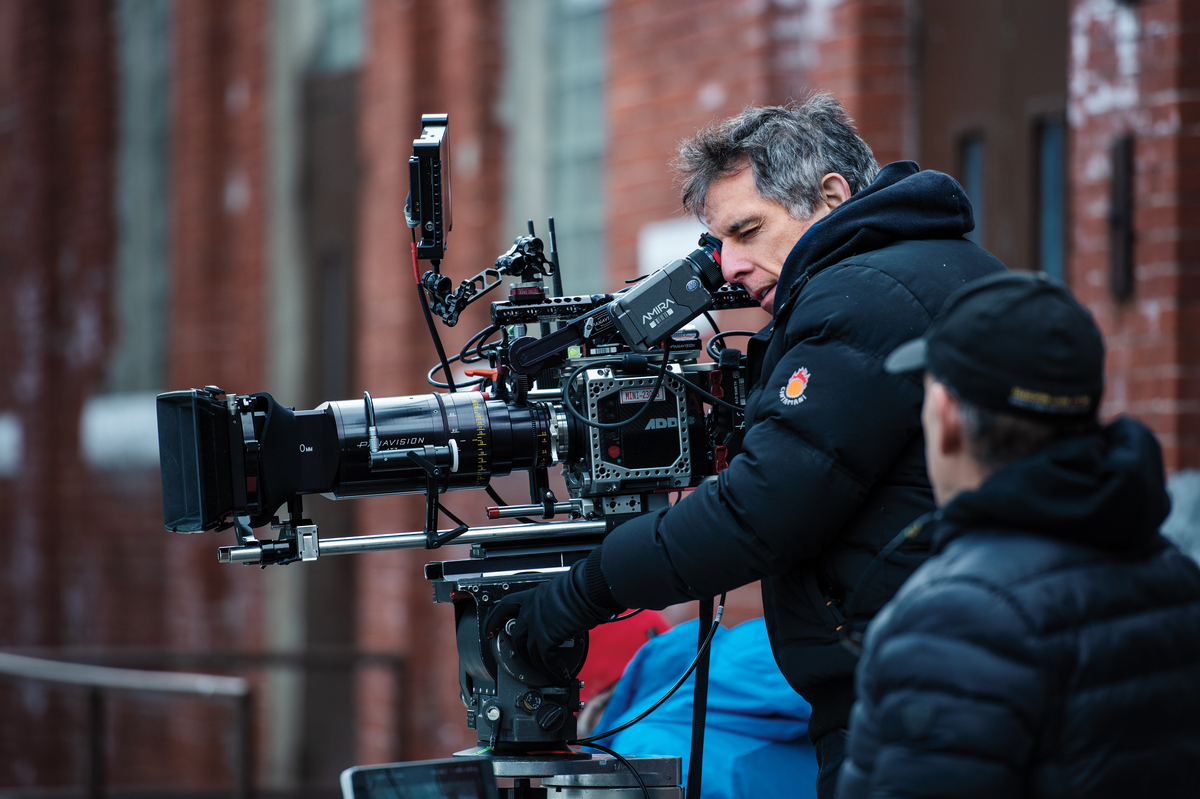 Arquette: Well, it was really beautifully written. I wanted to work with Ben and I just thought--

Stiller: That was the main draw.

Arquette: Exactly. And having talked to one of the writers, he saw Tilly sort of as a woman who loves too much — that sort of love-addict personality. A part of her is being seen and loved by each of these different men. And I just thought that was interesting.

Martin: Did you think of her as a victim?

Arquette: Not really. I mean, I do think that she was manipulated. I think that a lot of the guys that are in prison are hustlers and charmers, and it's part of how they've survived. I also think that she victimized others, so it was sort of a mixed bag of tricks.

Martin: So did you get to meet her?

Arquette: No, I actually didn't want to meet her, because I'd seen the Matt Lauer interview and I saw her lie in that — which is interesting as an actor, to watch someone lie. But also, having talked to some of these different people who had worked with her, they said that she's very litigious and always threatening people. I just didn't want to deal with her drama, really.

Stiller: I found him to be very forthcoming and basically said, like, "What do you want to know?" And we talked for about almost six hours. I don't know how much of what he was telling me was the truth. But he did give me a lot of details about how he actually cut his way out of the cell, how they cut their way through the steam pipe — the 18-inch steam pipe that they shimmied through to then cut their way out of on the other side of the wall of the prison — and then what happened with him and Richard Matt when they were out on the run for 3 1/2 weeks.

On if Richard Matt and David Sweat were actually friends

Stiller: That to me was really one of the ultimate questions of the whole thing after getting involved with it and learning about the story, was that question, was — besides the relationship with Tilly between the two guys — was what was their relationship, Matt and Sweat? In terms of: Was it just one of sort of mutual dependency — they both wanted to get out so they sort of had a common goal together? Matt was an artist, a painter, and so he taught Sweat to paint in prison, and I think they bonded on that level. But you know, ultimately when they got out on the run and they were out, it was a different environment for the two of them because they were both — you know, they had choices. But I think it was a curious relationship between the two of them.

On filming in prison environments

Arquette: Well I have to say we shot in a lot of prisons — and active prisons. And it really felt very tense.

Stiller: Yeah, I was going to say we were actually shooting in actual — at Clinton [Correctional Facility] and they were going in and out actually into the entrance of the prison. We'd have to stop when there was a shift change. So the experience was: We were interacting with people in the prison, people who work there. And so I think that energy was very palpable, feeling, you know, they're concerned about what we were doing, how we were going to portray them.

Arquette: I think there was a sign up on someone's house: "Go away Ben" or something.

Stiller: No no no no no. It was: "Ben Stiller go home." It's happened before. But it was — you know, look, they didn't know what we were doing. They assumed I was directing ... I think they thought it probably would be something that was attempting to be funny. And they — they were concerned about, you know, just being portrayed in a fair light.

Stiller: You know, she was a sexual person. She's – it's kind of like that was the only currency she really had in there.

Arquette: As scary as these sex scenes were to do, this idea of, like: Yeah, the natural light's coming through the window, and you're having sex, and there's no body makeup, and you're a middle-aged woman, and it's not this idealized type of body we're taught in Hollywood or society that is allowed to be sexual. I was saying to someone jokingly — but it's true — you're more likely to see a unicorn in a movie than you are to see a middle-aged women who enjoys her own sex.

Stiller: Get ready for the next My Little Pony.

Phil Harrell produced this interview for broadcast. Patrick Jarenwattananon adapted it for the Web.