Accessibility links
Khashoggi Case Update: Saudi Prosecutor Says 5 Suspects Should Be Executed Saudi Arabia's public prosecutor agrees with Turkey that Jamal Khashoggi was murdered — but he says the journalist died in Istanbul from a drug overdose, not at the hands of a brutal hit squad. 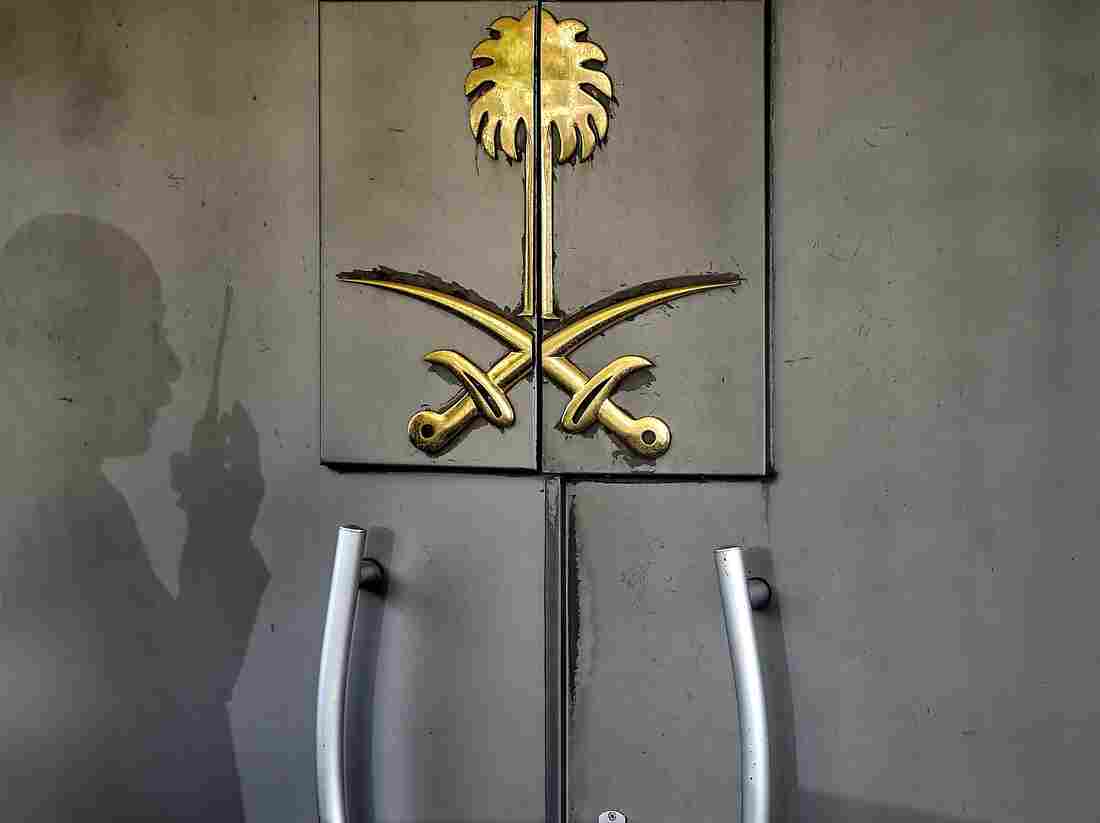 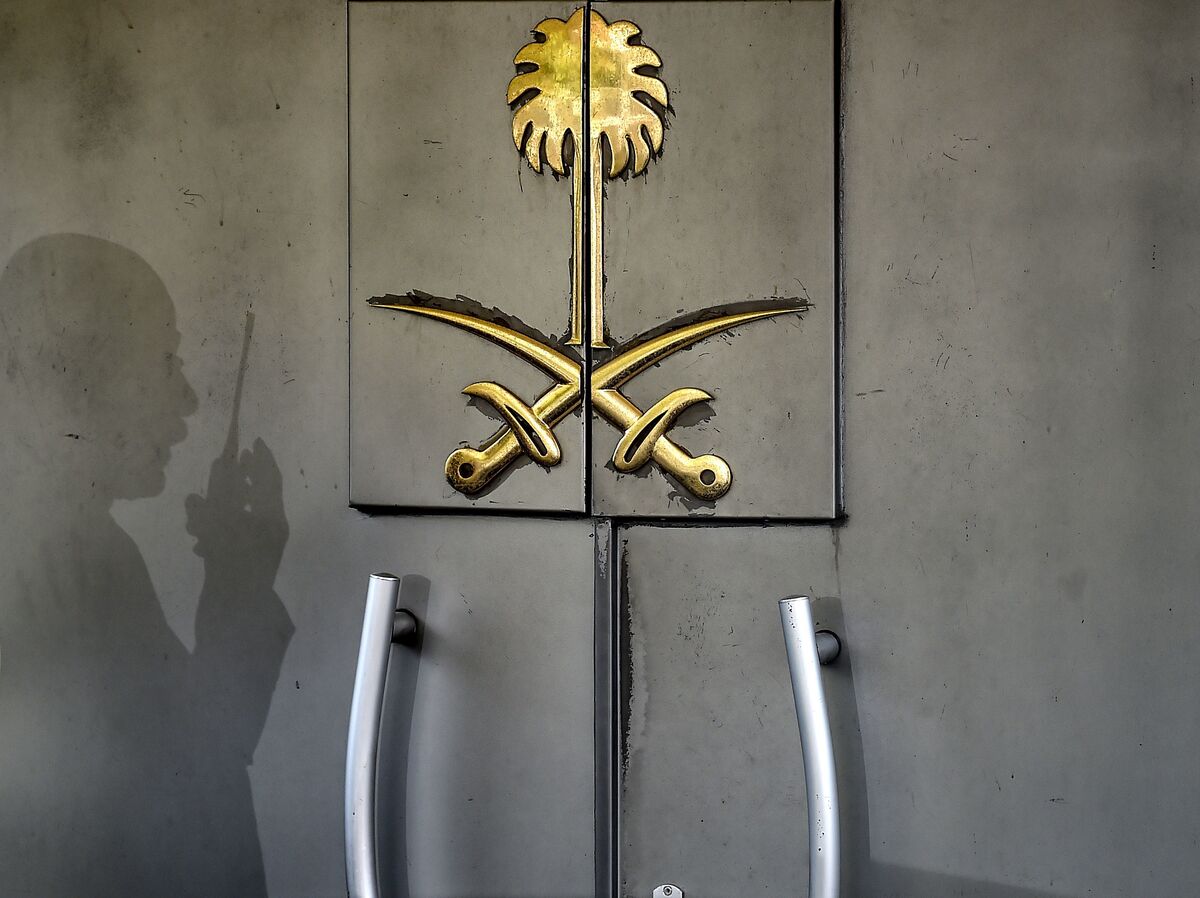 Saudi Arabia's public prosecutor is calling for the death penalty for five people accused of involvement in the killing of Jamal Khashoggi, the journalist and critic of the royal regime who died last month at the Saudi consulate in Istanbul.

The office of Prosecutor Saud al-Mojeb issued a statement saying that his office has indicted 11 suspects, adding that the prosecutor "has requested the death penalty for (5) individuals who are charged with ordering and committing the crime."

The five members of the team "have confessed to the murder," according to the office.

While acknowledging Khashoggi was murdered, al-Mojeb's office said he died after being "forcibly restrained and injected with a large amount of a drug resulting in an overdose." That runs counter to recent remarks by a Turkish journalist who said the Washington Post columnist and U.S. resident was suffocated by a team of Saudi operatives.

The Saudi prosecutor's office "says that Khashoggi's killers planned his death three days before the journalist entered the Saudi consulate in Istanbul," NPR's Jackie Northam reports, adding that the office says "the highest-level official behind the killing is Ahmad al-Assiri, an adviser to Crown Prince Mohammed bin Salman."

Up until last month, al-Assiri was the deputy chief of Saudi intelligence and served as a military spokesman for the Saudi campaign in Yemen. He was fired as the Saudi regime scrambled to respond to widespread criticism and calls for transparency in the case.

Saudi Arabia's initial explanations for Khashoggi's death have met with international skepticism that centers on Crown Prince Mohammed, who has shown a drive to silence dissent as he consolidates power. The uproar over the killing has also triggered suspicions that a scapegoat might be blamed, to protect the autocratic ruling family.

Al-Mojeb's office also says 21 suspects are now in custody — representing a remarkable turnabout from the country's original denials of any involvement.

Khashoggi was last seen alive entering the consulate in Istanbul on Oct. 2, Saudi officials claimed he had left the consulate on his own. But their story shifted several times, particularly after Turkish officials, including President Recep Tayyip Erdogan, said Khashoggi had been "brutally murdered" in an operation that involved a team of more than a dozen Saudis who had traveled to Istanbul just before Khashoggi was killed.

Previously, Saudi officials suggested Khashoggi might have died in a fight at the consulate. But on Thursday, the prosecutor's office said it believes "the head of the negotiation team decided to murder the victim if the negotiations [for his return to Saudi Arabia] failed."

Turkish officials say it was a hit squad, not a team of negotiators, that went to Istanbul. And one official has been quoted saying the operatives brought a bone saw with them to help dispose of Khashoggi's body.

Turkey says the Saudi critic was strangled and his body dismembered for secret disposal; the Saudi prosecutor's office says a "forensics expert" had been part of the team — but only "in the case force had to be used to return the victim."

The prosecutor's office concurred with Turkish officials in saying Khashoggi's body was dismembered and "transferred outside the consulate building." It also said a member of the Saudi team had disabled the consulate's surveillance cameras, and that the man who acted as a body double — wearing Khashoggi's clothes, watch and glasses — threw those items in a trash can after leaving the consulate.

While the latest prosecutor's report also agrees with Turkey that a local "collaborator" had helped to dispose of the body, it does not provide that individual's name — something Erdogan has requested. Instead, the prosecutor's office says it now has "a composite sketch of the collaborator."

Khashoggi's remains have not been found.

On Thursday, the Saudi prosecutor's office confirmed Turkey's finding on the number of people sent to Istanbul, saying a 15-member team had been deployed with orders to "bring back the victim by means of persuasion, and if persuasion fails, to do so by force."

The prosecutor's report says members of the team agreed to "write a false report" to submit to al-Assiri, claiming that Khashoggi had left the consulate on his own.

In the statement released Thursday, the Saudi prosecutor's office said it has asked Turkey to share evidence it has gathered, "including any audio recordings" — an apparent reference to surveillance recordings that Turkish officials have cited as proof that Khashoggi's killing was a premeditated murder.

Over the weekend, Erdogan said his country had shared the audio recordings with a number of countries, including the U.S., France, Germany and Saudi Arabia.