Accessibility links
Pence, Putin And Bolton Have 'Informal Conversation' At Asian Summit In Singapore They "discussed the upcoming G20 Summit and touched on the issues that will be discussed" when President Trump and Putin attend that meeting, the White House says.

Pence, Putin And Bolton Have 'Informal Conversation' At Asian Summit In Singapore

Pence, Putin And Bolton Have 'Informal Conversation' At Asian Summit In Singapore 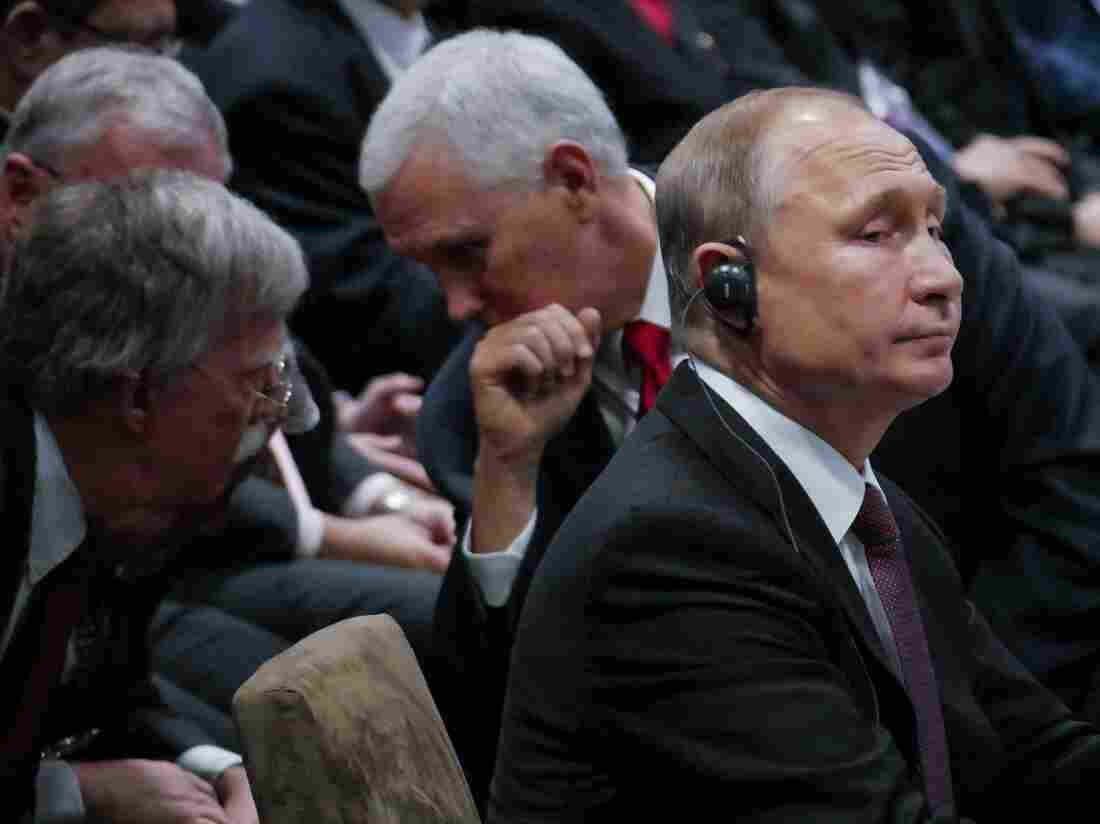 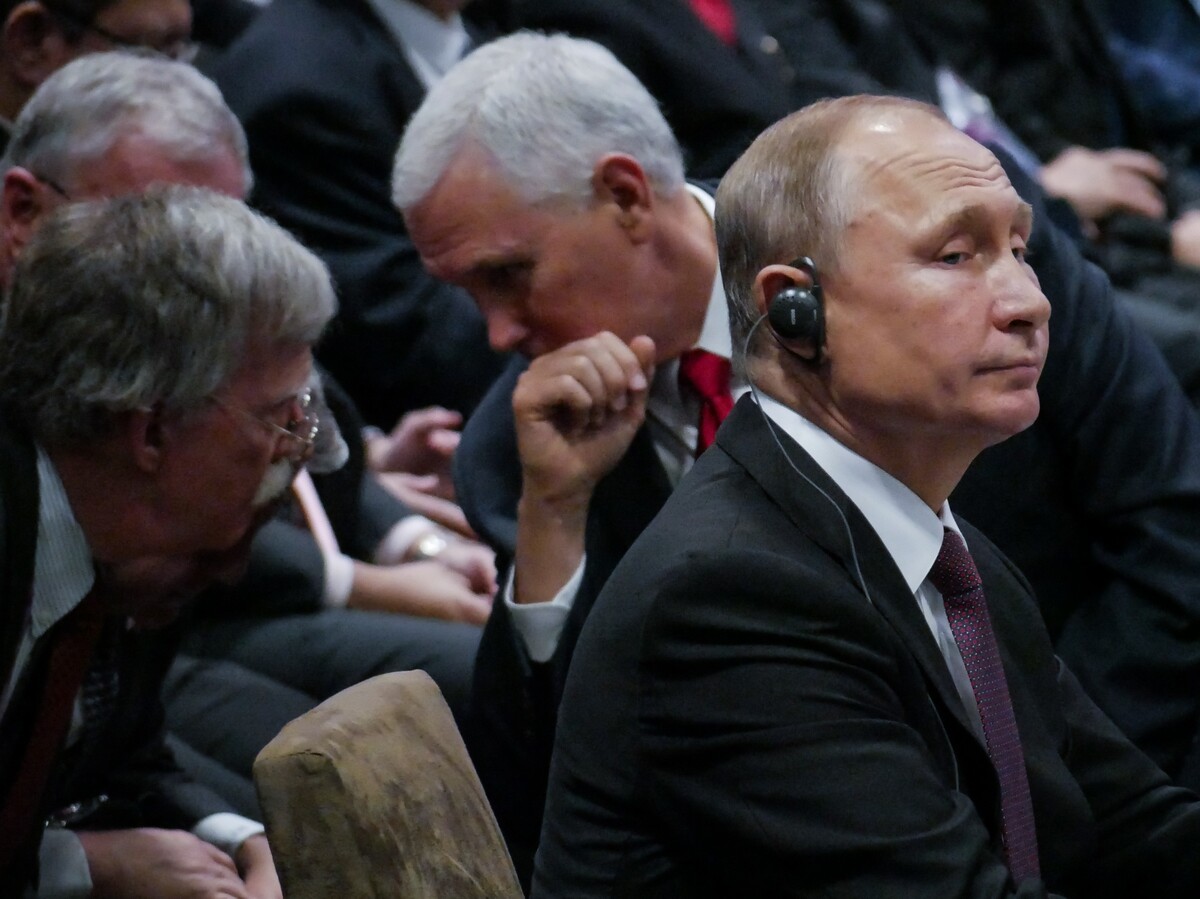 Vice President Pence and Russian President Vladimir Putin sat next to each other and chatted briefly Thursday at the East Asia Summit in Singapore, in a conversation that also included national security adviser John Bolton.

Pence and Putin "discussed the upcoming G20 Summit and touched on the issues that will be discussed when President Trump and President Putin are both in Argentina for the summit," according to the vice president's press secretary, Alyssa Farah.

The G20 Summit will be held in Buenos Aires at the end of November.

The Pence-Putin encounter drew attention in part because of the renewed rivalry between their two nations — a complicated relationship that includes U.S. charges of Russian interference in its elections.

As described in the press pool report, Putin and Pence were seated next to each other during a plenary session at the Suntec Singapore convention center:

"Mr. Pence took his seat and Mr. Putin arrived a few minutes later. His chair was next to Mr. Pence and as he walked past at 2:20 p.m. local time he put his hand on the vice president's shoulder.

"The three men stood and talked for about two minutes, with a translator standing nearby.

Mr. Pence didn't appear to smile during the conversation. Messrs. Bolton and Putin did a fair amount of the talking, as Mr. Pence stood and listened."

The 18-nation East Asia Summit draws from leaders who attend the larger Association of Southeast Asian Nations Summit. The U.S. and Russia were added to the EAS group in 2011.

"The violence and persecution by military and vigilantes that resulted in driving 700,000 Rohingya to Bangladesh is without excuse," Pence said.

Trump is attending neither the ASEAN summit in Singapore nor the Asia-Pacific Economic Cooperation session that follows it in Papua New Guinea, opting instead to send Pence to those meetings. That decision has prompted concern about the level of U.S. commitment to being an active player in the region, amid a tariff war with China, a push for new trade deals, and territorial squabbles.

Speaking at the EAS meeting on Thursday, Pence pledged that the U.S. would "continue to stand with our allies and partners to uphold the order that we helped build, and we will defend freedom of the seas and skies. This is especially important in the South China Sea."

Pence added: "Let me be clear: China's militarization and territorial expansion in the South China Sea is illegal and dangerous. It threatens the sovereignty of many nations and endangers the prosperity of the world."

The vice president said Trump is looking forward to meeting with China's President Xi Jinping at the G-20 Summit in Argentina, adding that while the president believes progress can be made, "either way, we are confident that the United States remains in a strong position."

Pence did not mention Russia in his official remarks at the EAS session.