Accessibility links
Plan Stalls To Repatriate Rohingya Refugees Bangladesh has stressed that it will not repatriate anyone against their will. The plan sparked protests among some refugees, while others reportedly hid within refugee camps. 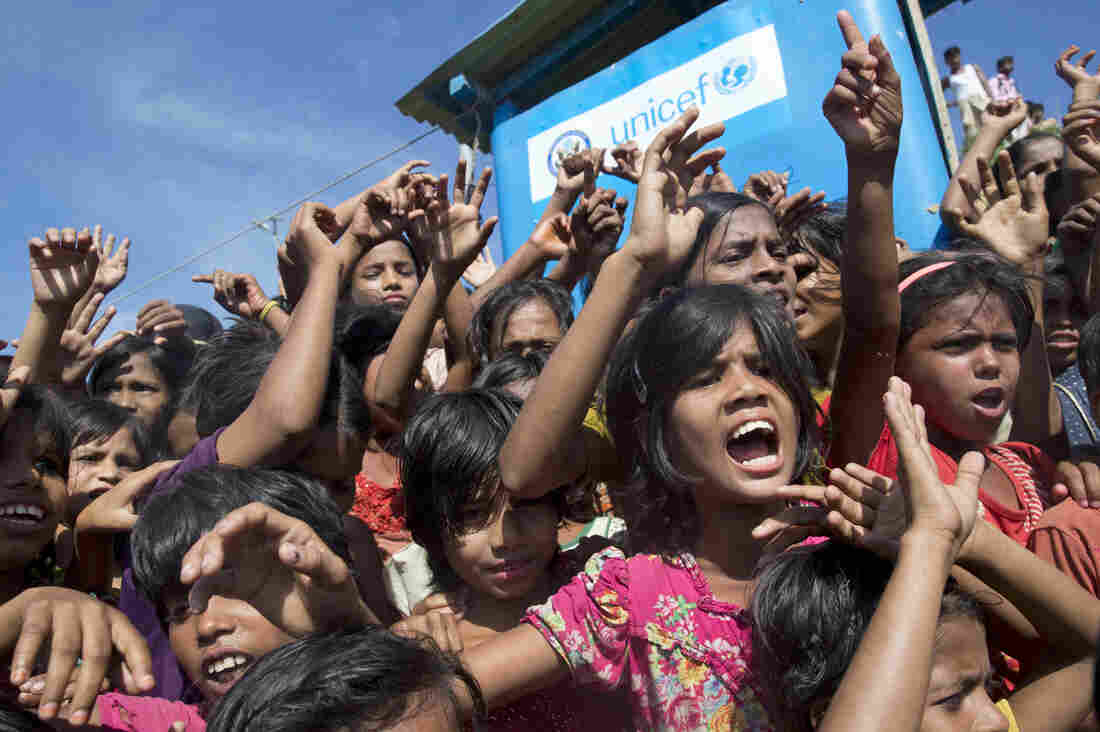 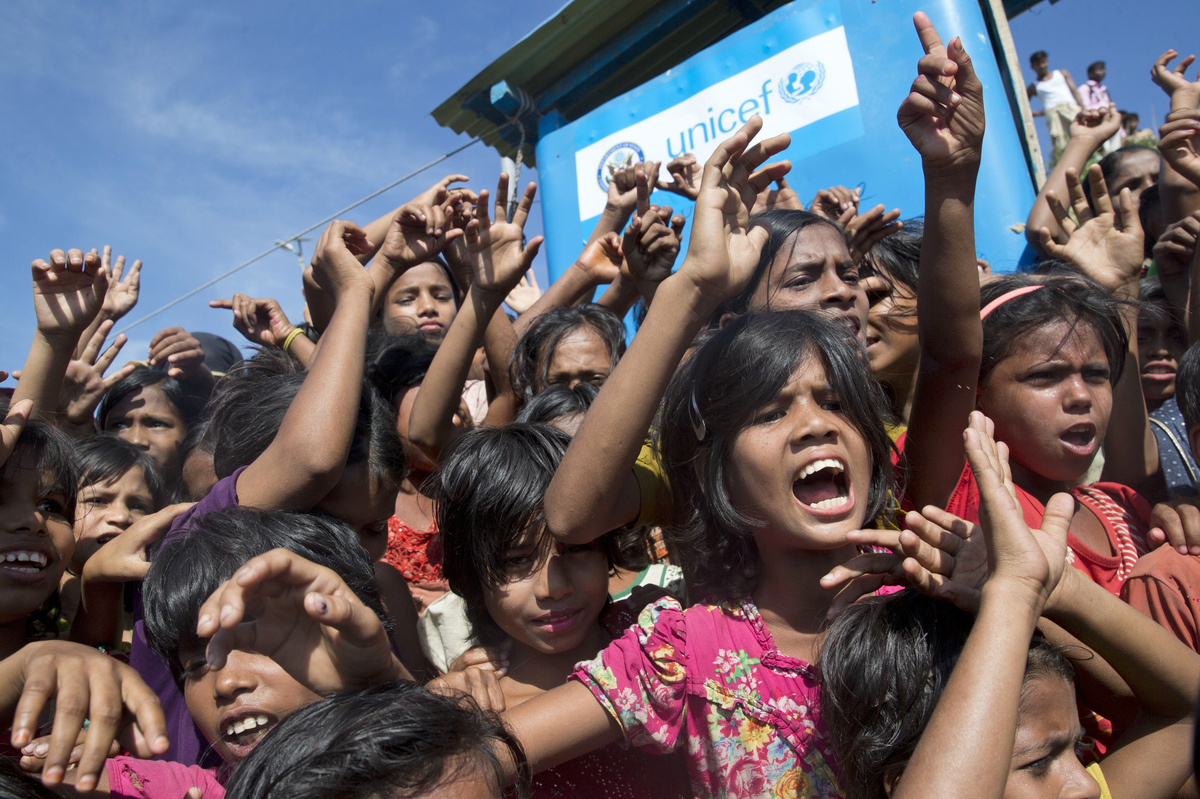 Rohingya refugee children shout slogans during a protest against the repatriation process on Thursday at Unchiprang refugee camp near Cox's Bazar, in Bangladesh.

A plan to repatriate Rohingya refugees to Myanmar from neighboring Bangladesh has stalled, apparently because the refugees were unwilling to go.

Bangladesh has stressed that it will not repatriate anyone against their will. Still, the program sparked protests among some refugees, while others reportedly hid within refugee camps out of fear of being forced to go back.

"We made all preparations. Everything was ready: the transit camp, buses to carry them to border, medical facilities, rations for three days for the returnees," Bangladesh's Refugee Relief and Repatriation Commissioner Mohammad Abul Kalam told Reuters.

Under the terms of the deal between Myanmar and Bangladesh, "authorities had wanted to move some 2,000 Rohingya on Thursday," the BBC reported.

"I'm scared about the repatriation," a 40-year-old man whose name was on the list to be returned said, according to the broadcaster. "Though they are trying to reassure us, I'm not convinced. I think they might kill us if we go there."

That sentiment appears widespread among the refugees — apparently, nobody was willing to board the buses to return on Thursday. "If Rohingya don't want to return what can we do? We will not send them forcefully," said Kalam.

More than 730,000 Rohingya refugees have fled violence in Myanmar since last August, according to the U.N.'s refugee agency, and half of them are children.

The U.N. has said the human rights violations against the Rohingya may have amounted to genocide. "They have been subjected to a widespread, lengthy campaign of dehumanization, discrimination and violence in Myanmar, including murders, organized rapes and the torching of villages," as NPR's Camila Domonoske reported.

The Rohingya, who are Muslim, have not been given citizenship in Buddhist-majority Myanmar, so they are effectively stateless.

The refugees largely live in camps near Myanmar's border with Bangladesh, particularly near the city of Cox's Bazar. UNHCR calls it the "fastest growing refugee crisis in the world."

The Refugees Who Don't Want To Go Home ... Yet

"We are witnessing terror and panic among those Rohingya refugees in Cox's Bazar who are at imminent risk of being returned to Myanmar against their will," Bachelet said in a statement. "Forcibly expelling or returning refugees and asylum seekers to their home country would be a clear violation of the core legal principle of non-refoulement, which forbids repatriation where there are threats of persecution or serious risks to the life and physical integrity or liberty of the individuals."

As the BBC notes, even if Myanmar has prepared shelter and rations for returning refugees, "many international observers insist the root causes of the violence and hate-filled attitudes need to be properly tackled before Rohingyas can return home and live with safety and dignity."

It's not clear what will happen now, though Reuters reports that Kalam "called on the international community to put pressure on Myanmar to accept 'some logical and acceptable demands,' in order for any repatriation to take place." And, according to the BBC, top officials from Myanmar blamed Bangladesh for the lack of movement on the plan.