Accessibility links
The Twists And Turns In 'Little Drummer Girl' Are Pure Le Carré An actress is charged with infiltrating a terrorist cell in a new AMC miniseries based on John Le Carré's 1983 novel. David Bianculli says it's one of 2018's most tense and well-acted TV thrillers. 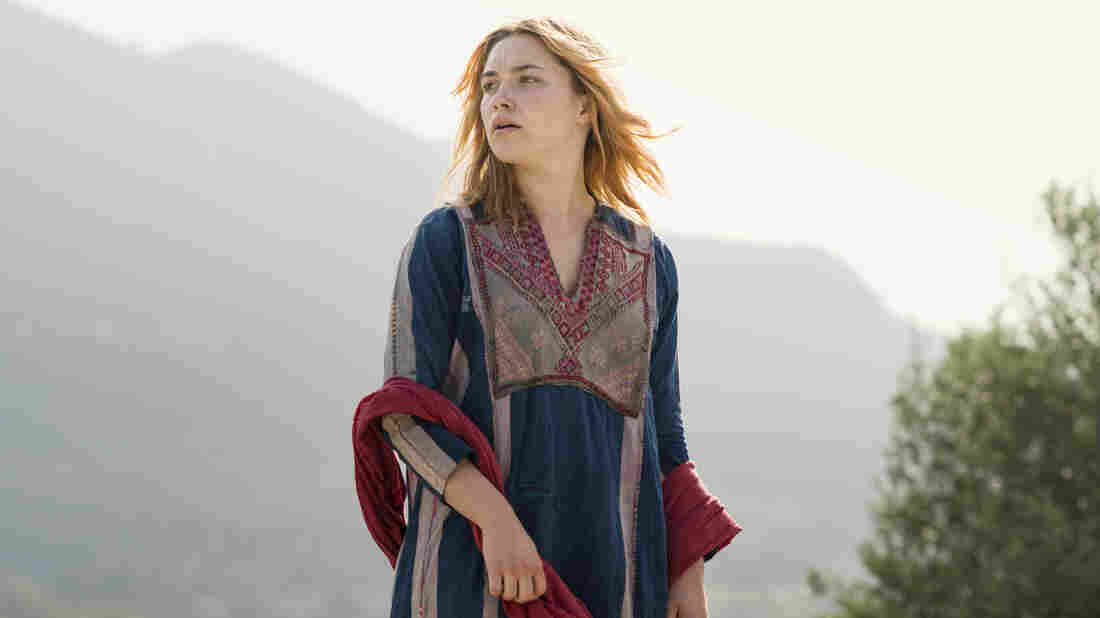 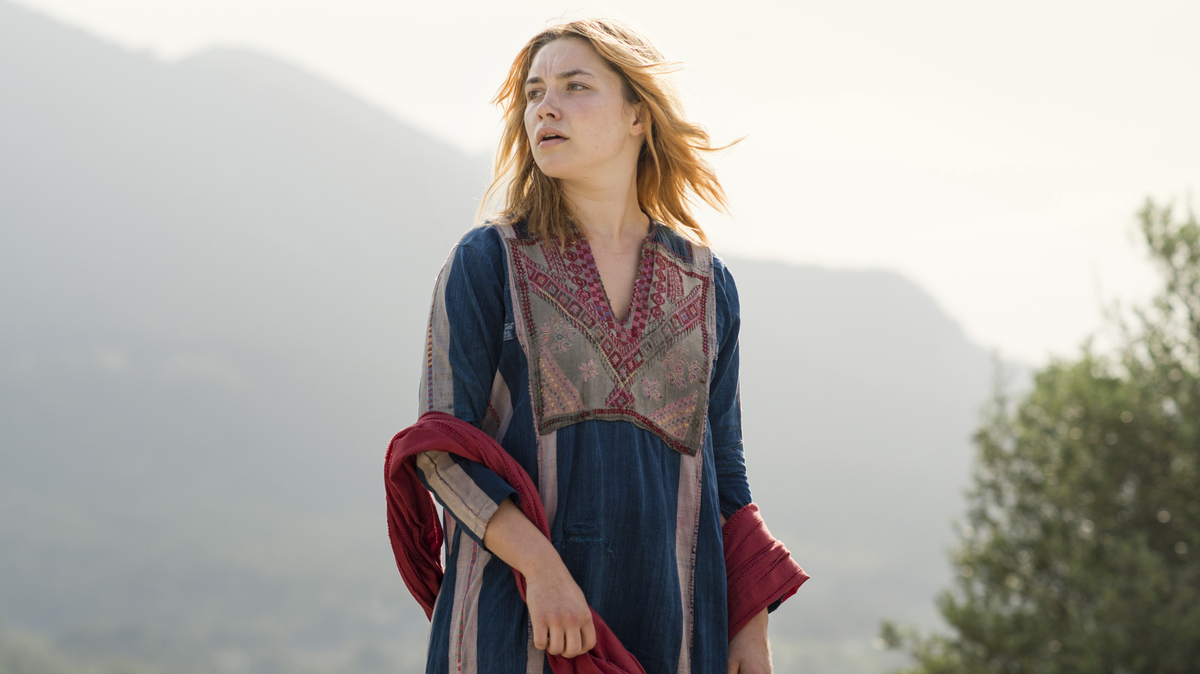 Florence Pugh plays an actress who attempts to infiltrate a terrorist cell in the new AMC miniseries The Little Drummer Girl.

AMC's decision to show its new six-hour miniseries The Little Drummer Girl over three consecutive nights is a smart strategy. This spy story, based on the bestselling novel by John Le Carré, begins at such a deliberate pace that it takes almost two hours before the central story line — the actual spy mission — is set in motion.

Had the miniseries been televised in one-hour installments, viewers might have gotten restless and given up. But by the end of the first two-hour block, anyone who stays with it — and I highly recommend you do — will be rewarded with one of the year's most tense and well-acted TV thrillers.

The year is 1979. The setting, initially, is London. Florence Pugh, from the recent drama Lady Macbeth, plays Charlie, an actress in one of the city's small, struggling theatrical troupes. A charismatic mystery man, played by Alexander Skarsgård of Big Little Lies and True Blood, attends a couple performances of one production, then offers to fly the troupe to Greece to perform in some sort of special benefit.

Becker, Skarsgård's character, is really interested in only one person — the actress Charlie — and it's because his boss, a man named Kurtz, has a special role for her to play. Kurtz, played by Michael Shannon of The Shape of Water and Boardwalk Empire, thinks Charlie has the perfect acting skills and real-life background, to successfully infiltrate a Palestinian terrorist cell that's been conducting a series of bombings.

Kurtz, who's running this operation for the Israelis, offers her the literal role of a lifetime — playing a version of herself who, because of her background, appearance and talent, is the perfect bait to be noticed and recruited by the terrorists in question. She jokes that she's been kidnapped by an experimental theater company — but while it's a deadly serious spy operation, this particular mission is almost like a play.

Kurtz is the director, Becker is the leading man who seduces and falls for Charlie and Charlie is the leading lady, all in a very risky and unorthodox plot to infiltrate and neutralize a particularly effective squad of bombers. All three of these performers and performances are particularly good — and all three characters have so many layers of deception that they are, in essence, always playing several characters at once.

In adapting Le Carré's novel to television, writers Michael Lesslie and Claire Wilson have stayed true to the novel's detailed explanation of how and why the Israeli spies found and recruited Charlie. That explains, and justifies, the slow start — but once it gets going, The Little Drummer Girl never stops for a breath. And by the final hour, the intensity is so high that when South Korean director Park Chan-wook, who directed every segment, again slows the pace, it's only to make the tension all but unbearable.

Le Carré, as a storyteller, has one of the best and longest resumes of anyone in the miniseries genre — his novels have been not only suited for long-form TV treatments, but perfect for them. Alec Guinness made British spy George Smiley an unforgettable TV character in the original miniseries version of Tinker Tailor Soldier Spy, way back in 1979. And just two years ago, Tom Hiddleston and Hugh Laurie made terrific adversaries in a TV adaptation of Le Carré's The Night Manager.

The Little Drummer Girl is on par with those wonderful works, and its twists and subtleties are pure Le Carré. But this new miniseries ended up reminding me of something else as well. The way it lays out its spy caper, chooses its participants and keeps adapting as things go awry, The Little Drummer Girl struck me as a variation on another, very familiar TV theme. From start to finish, it's like a very expanded episode of Mission: Impossible. And I mean that as a compliment.