Accessibility links
Julian Assange To Face Federal Charges, Court Filing Suggests The document, part of an unrelated case, notes it's important "to keep confidential the fact that Assange has been charged." The Justice Department says the WikiLeaks founder's name was used in error. 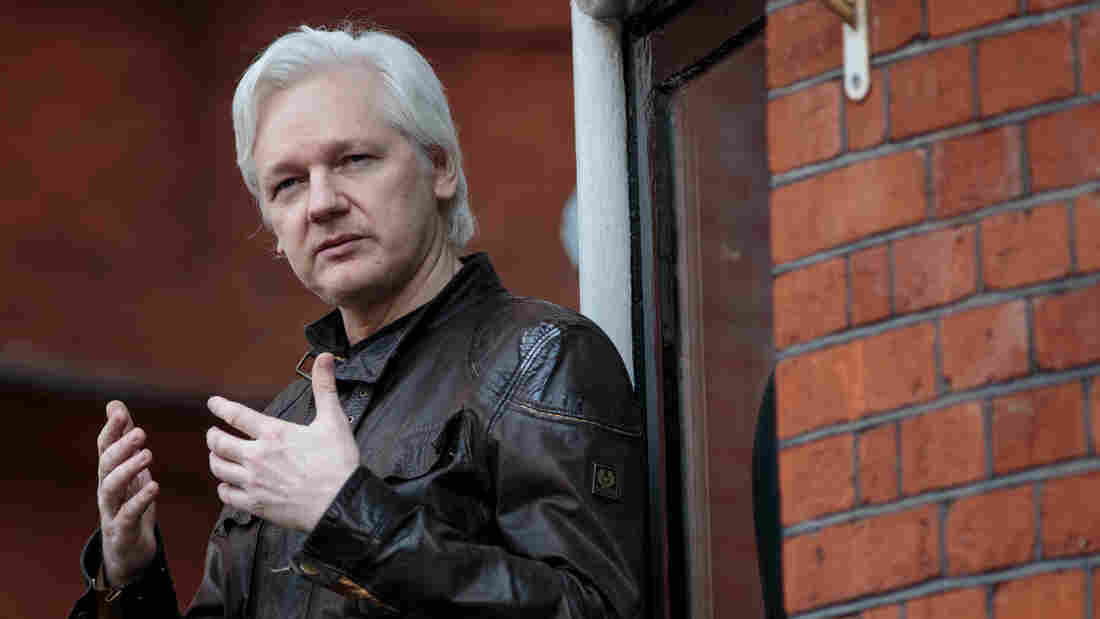 Julian Assange speaks to the media from the balcony of the Ecuadorian Embassy in London last year. Jack Taylor/Getty Images hide caption 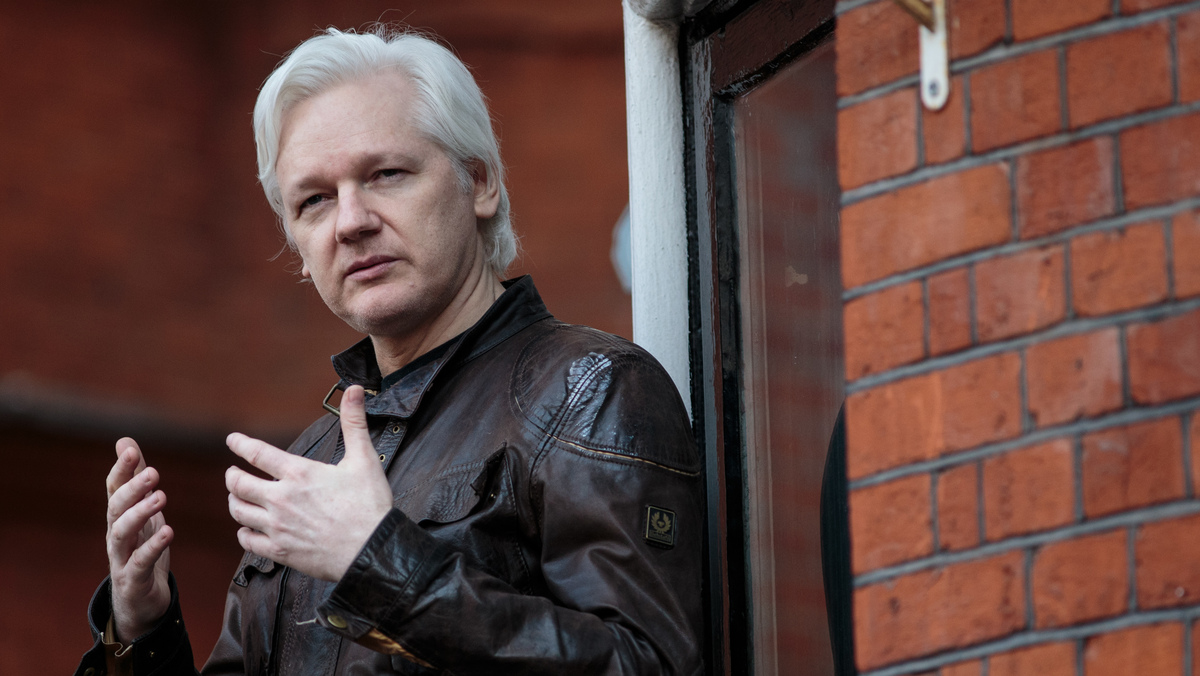 Julian Assange speaks to the media from the balcony of the Ecuadorian Embassy in London last year.

The U.S. government may be preparing criminal charges against WikiLeaks founder Julian Assange, according to suggestions in a document filed in an unrelated case.

Assange's name appeared at least twice in papers filed in the Eastern District Court of Virginia, both times appearing to say that Assange has already been made the subject of his own case.

Prosecutors in Virginia say the court document was an error.

The filing alludes to the need to keep paperwork in the case under seal because "due to the sophistication of the defendant and the publicity surrounding the case, no other procedure is likely to keep confidential the fact that Assange has been charged."

It's not clear whether any possible charges against Assange would relate to the probe of Russian interference in the 2016 election or earlier materials that were released by WikiLeaks.

It also isn't clear whether any charges actually have been filed. The Justice Department said it had no comment about the case.

"The last thing the Department of Justice should be doing is pursuing criminal charges against someone for publishing truthful information," he said.

The court papers' mention of Assange was spotted by terrorism researcher Seamus Hughes.

Long a thorn in the side of the U.S. government, Assange has spent years hunkered down in the Ecuadorian embassy in London fearing extradition. International diplomatic customs meant that British authorities do not want to venture into the embassy, creating what continues to be a haven from arrest.

The stay originally was meant to dodge a onetime rape investigation in Sweden — but Assange also has worried about prosecution in the United States.

WikiLeaks released secret reports related to the Iraq and Afghan wars. Later, it released a huge archive of sensitive State Department cables that revealed what American diplomats were saying in confidence about leaders and affairs the world over.

Many of those leaks proved embarrassing to the Obama administration, and Chelsea Manning, the former Army soldier responsible for releasing one such trove, initially received 35 years in prison for her role in the matter before President Obama commuted that sentence during his final days in office.

More recently, WikiLeaks played a central role in the campaign of "active measures" waged by the Russian government against the West since 2014.

In 2016, Russian intelligence officers stole emails and other data from scores of political targets in the United States, including the head of the Democratic National Committee and Hillary Clinton's presidential campaign.

Justice Department special counsel Robert Mueller is investigating whether anyone on the Trump campaign conspired with these active measures.

Trump denies there was any collusion and he lashed out at the special counsel's office on Thursday with new condemnations about how it is a "mess" and how the Justice Department is ignoring what he calls transgressions by Democrats.

The only “Collusion” is that of the Democrats with Russia and many others. Why didn’t the FBI take the Server from the DNC? They still don’t have it. Check out how biased Facebook, Google and Twitter are in favor of the Democrats. That’s the real Collusion!

Assange's work annoying the United States government didn't end in 2016, however. Last year, WikiLeaks released a tranche of intelligence and surveillance documents from the CIA, including tools to turn smart TVs into listening devices and using USB thumb drives to pilfer data from a target computer.

Prosecutors have charged a former CIA software engineer with stealing and leaking the material.

Assange enjoyed the following of a cult figure earlier in his career but the allegations of sexual impropriety — which he denied — and his choice to make common cause with Russia's authoritarian government have diminished his status.

It became awkward for a self-styled champion of the press and free access to become a factotum for Russian President Vladimir Putin, whose government represses journalists and dissidents.

And Assange's foes in the United States government have labeled him and WikiLeaks explicitly as a "hostile intelligence service."