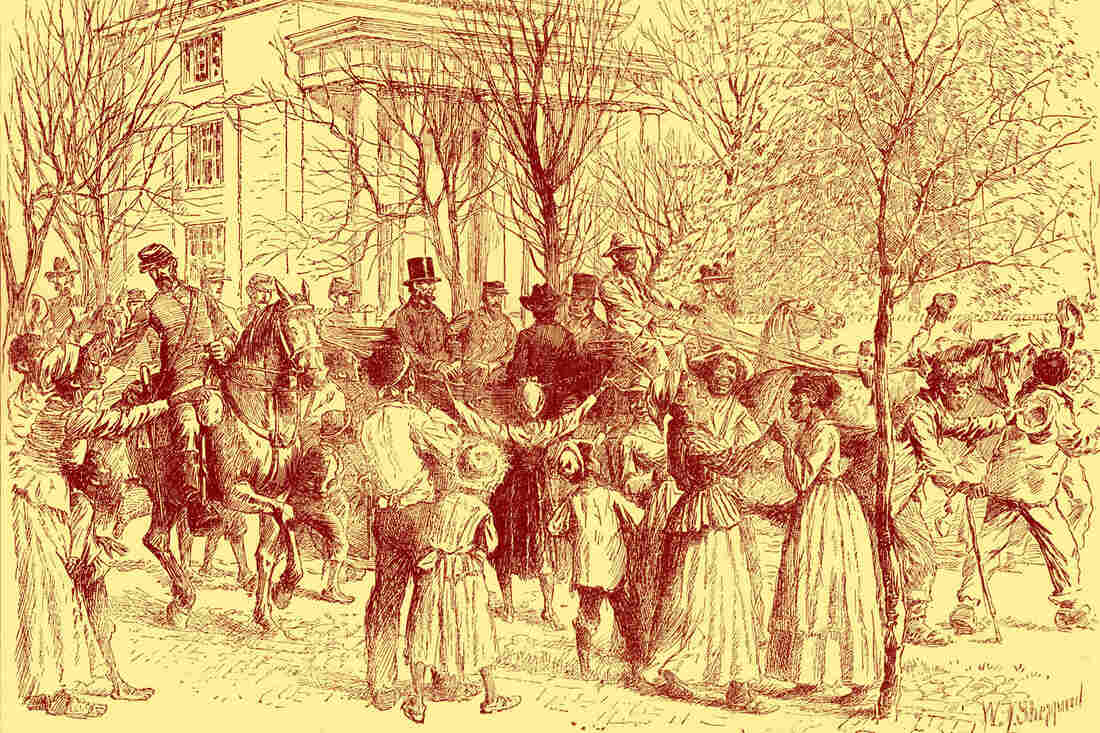 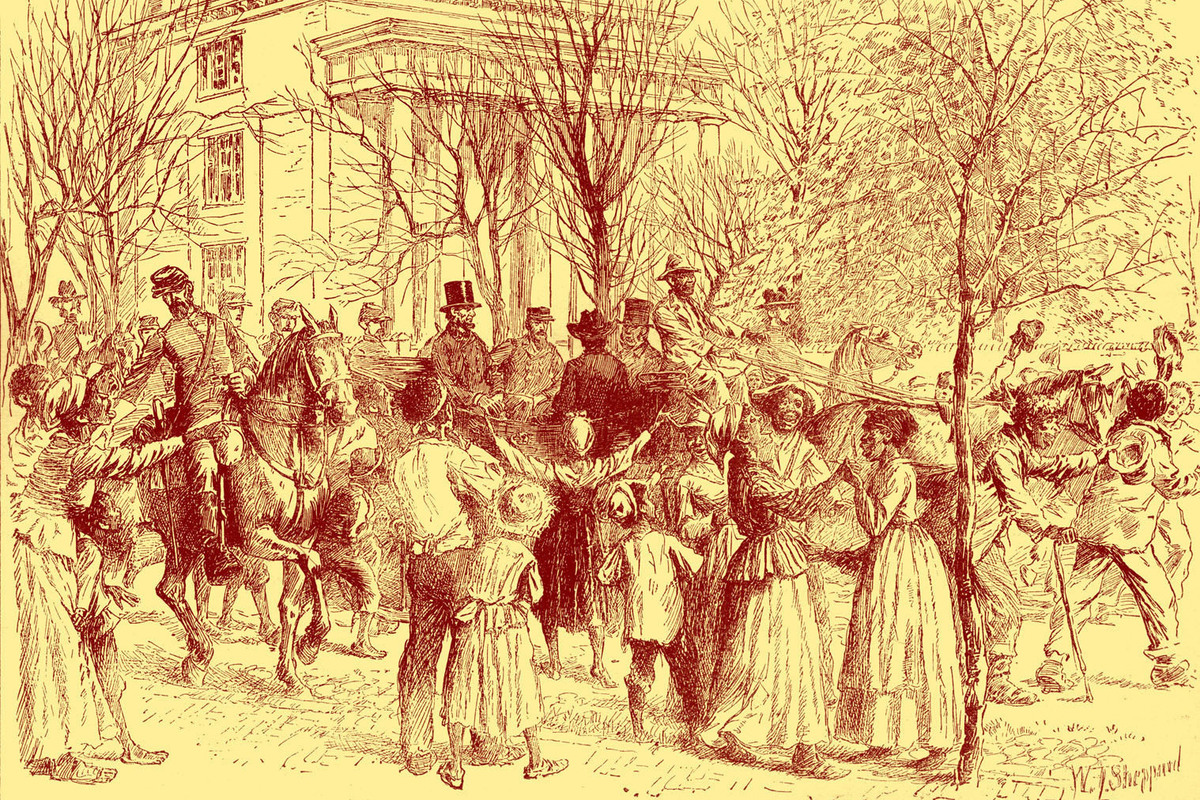 Abraham Lincoln is shown in Richmond, Va., being cheered by former slaves in 1865.

Texas' Board of Education voted Friday to change the way its students learn about the Civil War. Beginning in the 2019-2020 school year, students will be taught that slavery played a "central role" in the war.

The state's previous social studies standards listed three causes for the Civil War: sectionalism, states' rights and slavery, in that order. In September, the board's Democrats proposed listing slavery as the only cause.

"What the use of 'states' rights' is doing is essentially blanketing, or skirting, the real foundational issue, which is slavery," Democratic board member Marisa Perez-Diaz, from San Antonio, said at a Tuesday board meeting.

Republican board member David Bradley, from Beaumont, argued for keeping the other causes in the curriculum. He said, "Each state had differences and made individual decisions as to whether or not to join into the conflict, correct? I mean, that's the definition of states' rights."

In the end, the Republican-led board landed on a compromise: Students will be taught about "the central role of the expansion of slavery in causing sectionalism, disagreements over states' rights and the Civil War."

Houston Democrat Lawrence Allen Jr., the board's only African-American member, helped write the new language. He believes it draws a straighter line between slavery and the Civil War than the previous standards did.

The board also decided to keep Hillary Clinton and Helen Keller in the curriculum, reversing a decision that made headlines in September. Clinton and Keller were initially removed, along with other historical figures, in an effort to "streamline" the state's social studies standards.

The approved curriculum still lists only one cause for the Israeli-Palestinian conflict: "the rejection of the existence of the state of Israel by the Arab league and a majority of Arab nations."

University of Texas, Rio Grande Valley historian David Fisher was part of a work group that gave the board suggested revisions. He said listing one cause for the Israeli-Palestinian conflict lacks nuance and promotes a single point of view.

Texas Textbook Called Out As 'Racist' Against Mexican-Americans

"It actually tells the student what to think, rather than suggesting the student study a problem and learn the facts about a problem."

At a public hearing on Tuesday, Shifa Bhatti, a Pakistani-American teacher in the Fort Worth suburbs, warned about the potential for anti-Muslim bias. "I teach middle school because when I was in eighth grade on 9/11/2001, that was the day I received my first death threat. It was in my locker. It was shoved in there. My teachers did nothing."

About 1 in 10 American public school students lives in Texas.

Lawrence Paska, executive director of the National Council for the Social Studies, says what those students learn in school has a big impact on how they understand history and current events.

"Students need opportunities to have reflective discussion," Paska says; they need to be "exposed to sources of information that may include conflicting perspectives on controversial issues."

The state Board of Education has said these changes will not affect the textbooks used in Texas classrooms. The standards go into effect at the middle and high school level in August 2019, and at the elementary level in August 2020.