Accessibility links
The 19th Annual Latin Grammy Awards Reward Hip-Shaking, Deep Thinking Pop superstar J Balvin started the night with the most nominations. But two of the biggest prizes — for Song and Record of the Year — went to "Telefonia," by venerated troubadour Jorge Drexler. 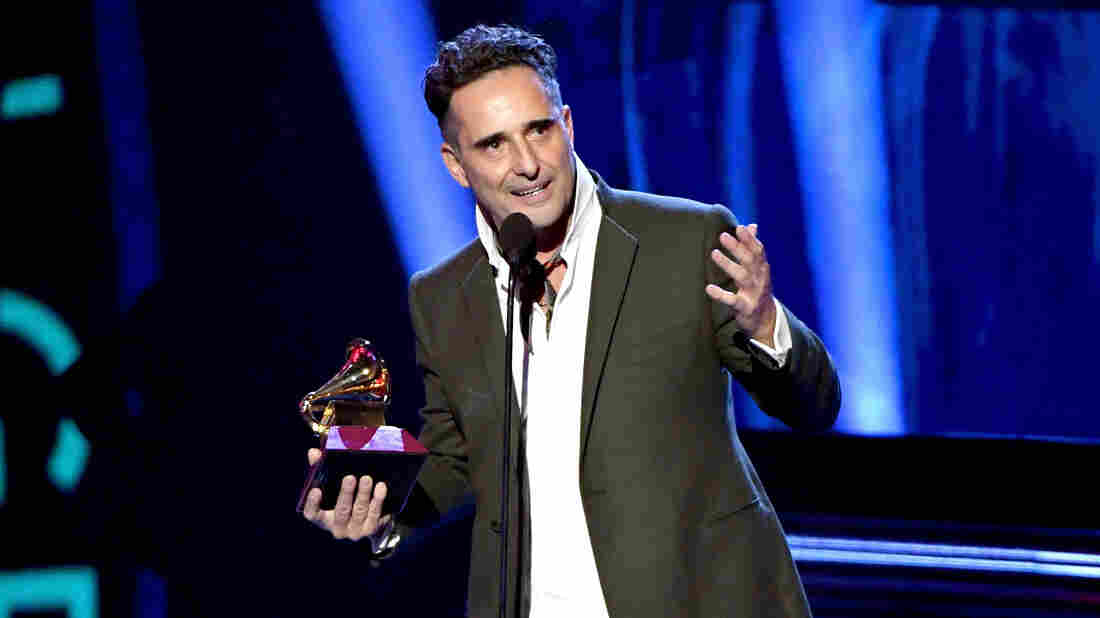 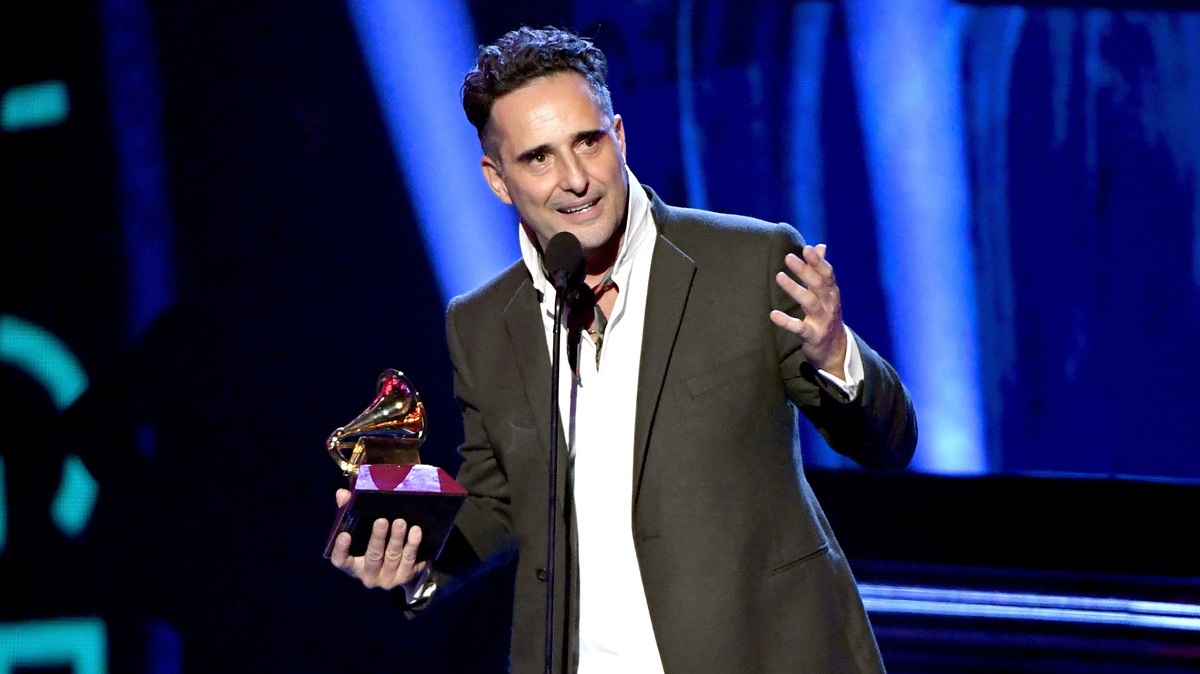 Jorge Drexler accepts Song of the Year for 'Telefonia' during the 19th annual Latin Grammy Awards.

The cerebral, beloved Jorge Drexler took home three trophies — including Song of the Year and Record of the Year, for "Telefonia" — at the 19th annual Latin Grammy Awards, held Thursday night in Las Vegas. This year, faced with a broad array of options and genres, the voting members of the Latin Recording Academy decided to acknowledge both songwriting substance and hip-grinding glitz.

The immense mainstream popularity of artists like J Balvin, Maluma, Bad Bunny and Karol G has fostered much discussion, with singles racking up gargantuan stream counts and reflecting a cross-cultural fascination with Latin pop. As reported here and elsewhere, that popularity is much more than a consumer trend.

Pop giant Balvin entered the night with the most nominations — eight — and went home with Best Urban Music Album. His elaborately staged performance of "Ambiente" was a huge highlight of the evening, and not just for his instantly recognizable orange hair.

Of the 49 categories at the Latin Grammys, the marquee nominations — Record of the Year, Album of the Year and Song of the Year — were dominated by artists mining the popularity of reggaeton's "BOOM-chucka-BOOM" dembo beat.

But then you had Drexler and his thought-provoking lyrics, standing in stark contrast. Through 13 albums dating back to 1992, he's built a loyal and even intense following throughout the Americas. His elegant musical arrangements, which draw on Latin folk music and esoteric instrumentation, couldn't be further from the work of his most successful and widely streamed fellow nominees.

Last year, the Academy stunned just about everyone in the room when the award for Album of the Year went to veteran salsa icon Rubén Blades; in fact, Blades looked as shocked as anyone. It felt like déjà vu de nuevo when another industry veteran, Luis Miguel, won Album of the Year Thursday night. The singer's absence drew audible jeers from the crowd, closing out an evening that reserved seats at the table for Latin music's young stars, but left the biggest meals for well-traveled troubadours.