Accessibility links
Review: Netflix's 'The Princess Switch" Is Half-Baked, But Diverting Vanessa Hudgens plays both a Chicago baker and an engaged European duchess in a holiday romance meant to muscle in on a surprisingly robust cable genre.

Can You Double Your Holiday Pleasure With Netflix's 'The Princess Switch'?

Can You Double Your Holiday Pleasure With Netflix's 'The Princess Switch'? 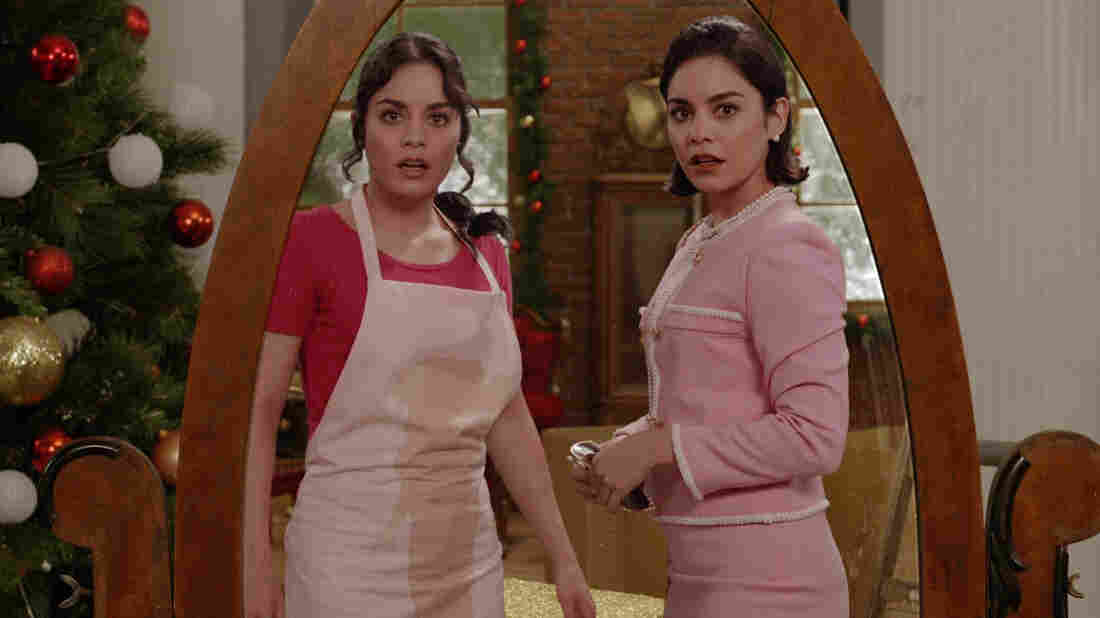 Vanessa Hudgens as both Stacy and Margaret in the Netflix holiday confection The Princess Switch. Netflix hide caption 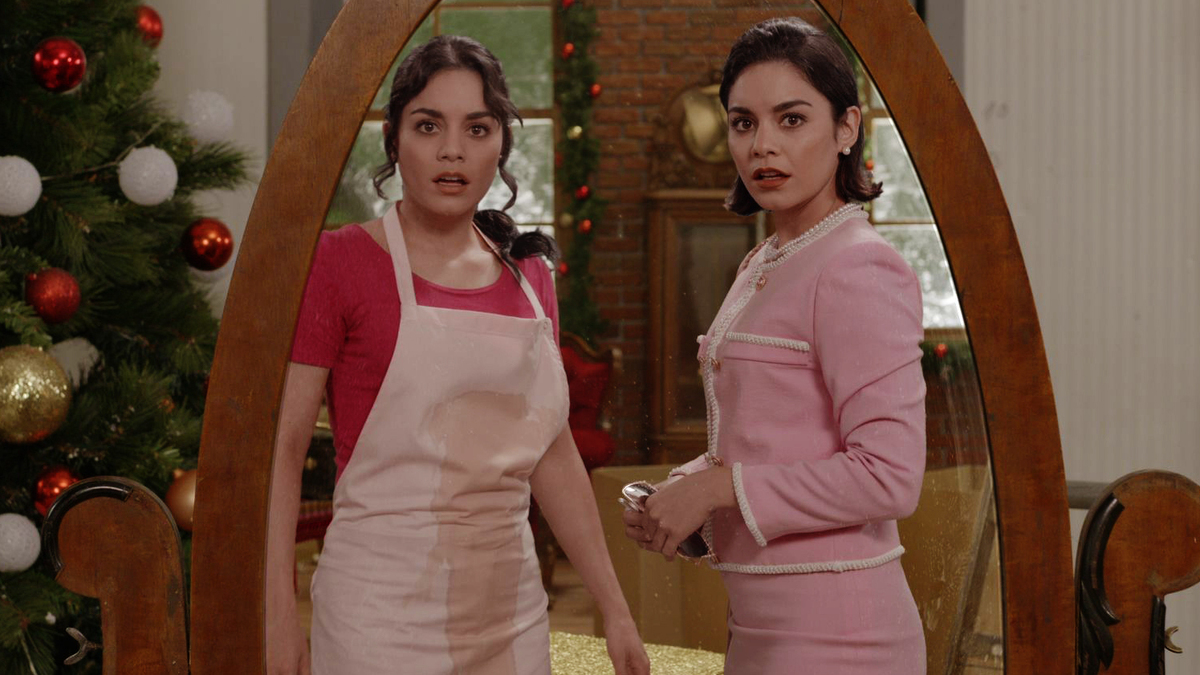 Vanessa Hudgens as both Stacy and Margaret in the Netflix holiday confection The Princess Switch.

It's hard not to judge the people in a twin-switch story who don't immediately realize that a loved one has been replaced by a copy of herself. But honestly, if you had known someone to be a good cook and she was suddenly a terrible cook, would your first thought be, "I wonder if she's been swapped out and that's actually her identical twin"?

This is only one of the questions at the heart, such as it is, of Netflix's The Princess Switch, the latest entry in its Christmas-movie collection designed to eat the lunches of places like the Hallmark Channel that have trafficked in such things for years. It stars Vanessa Hudgens as a Chicago pastry chef named Stacy and Vanessa Hudgens as a sheltered duchess named Margaret. It thus manages to combine two classic Christmas-movie tropes: the baking competition and the holiday spent with royalty. That, of course, doesn't count the twin switch itself.

Christmas Bells Are Ringing, And Cable Holiday Movies Are Unrelenting

The two look at each other with the usual surprise-twin gobsmackitude one expects from this kind of project, and before you know it, they hatch a scheme. Margaret is desperate to experience normal life in Belgravia before she commits to marrying into its royal family, so she wants Stacy to take her place in the palace for a couple of days. Meanwhile, she'll pretend to be Stacy and go sightseeing with Kevin and Olivia for the two days before the competition. (Clarification: functionally, Stacy and Margaret are identical twins; technically, they are ... secret distant cousins? Anyway.)

It must be said, Scrooge-ishly, that even for a Christmas twin-switch movie, this doesn't make any lord-leaping sense. The film puts forth that Margaret is "camera-shy," which is its explanation for the fact that no one in public recognizes Margaret when she's walking around Belgravia pretending to be Stacy. But if that's true, then she could just go out as Margaret! She could walk out into the same stores and do the same sightseeing that Stacy is doing! Come on, people! Effectively, what Margaret wants is a disguise. There's no point in disguising yourself as your own identical twin, ya dum-dum! And if you must, why not just tell Kevin, who has literally no reason not to know he's sightseeing with Margaret and is only likely to get pulled into wacky twin hijinks? Oh, wait. I get it now.

Side note: This is all not to mention the fact that the script's position is that you use a stand mixer to puree berries but not to make cake batter, which is perhaps the most telling sign that the people who wrote it don't bake since the holiday movie where a woman's treasured secret ingredient for her mother's cookie recipe was vanilla extract. (That was Matchmaker Santa, a 2012 Hallmarker.)

But see, none of this is important. Not at all. Not only did The Christmas Prince posit last year that a journalist could sneak into an operational royal palace through an unguarded side door with all the guile it would take to enter a Starbucks through the "EXIT ONLY" door, but many Hallmark movies have featured characters who are actually Santa, or Santa's relatives, or elves. Lots of wish-granting, magic ornaments, magic advent calendars — even a magic naughty and nice list made an appearance. So The Princess Switch can be forgiven for its absurdity.

20 Things You Desperately Need To Know About Mariah's Hallmark Movie

Better yet, this ding-dong plot turns a weakness into a strength in the form of Hudgens' absolute inability to do anything remotely resembling a convincing British accent. When she's playing Margaret, who is supposed to have a British accent (fictional Geno-/Aldo-/Belgra-vians always have British accents because of ... imperialism?), this is quite a distracting problem. But when she's playing Stacy, who is supposed to be an American making an unconvincing effort at a British accent while pretending to be Margaret, it makes all the sense in the world. Hudgens-as-Margaret is about as persuasive as Hudgens-as-Stacy-as-Margaret, but it all sort of comes out in the wash.

Now, if you think that romances may develop both between Margaret and Kevin and between Stacy and the prince while both women are lying about who they are, you have seen movies before and should high-five yourself. If you think both women will have to come clean and make things right somehow, you should high-five yourself twice and also eat a cookie shaped like a hand high-fiving you, so satisfied should you be. But if you're looking to settle in on a weekend with something that won't worry your spirit, this movie is a perfectly nice way to settle in, predictable though it may be.

A warning: To get to the parts of the story that are pleasingly frothy and ridiculous, you should know you will have to endure 15 minutes or so of exposition at the beginning of the movie that is almost unimaginably bad — clumsy, dumb, and so brutally underwritten that it would be better accomplished by having everyone pause, turn to camera, and explain who they are and what they're doing. ("And that is why Kevin Richards is the best sous chef in the business!" Stacy exclaims.)

Everyone in A Princess Switch does just fine: Hudgens has a lot of fun, particularly as Stacy (fake accent aside), Sagar and Palladio are charming in different ways, and they manage to bring the whole thing in for an appropriately silly ending.