Accessibility links
Woman Qualifies For Special Forces Training, Could Be The First Female Green Beret The Army opened special operations jobs to women in 2016 but only one has passed the first stage, a 24-day program designed to push soldiers to the brink of mental and physical exhaustion. 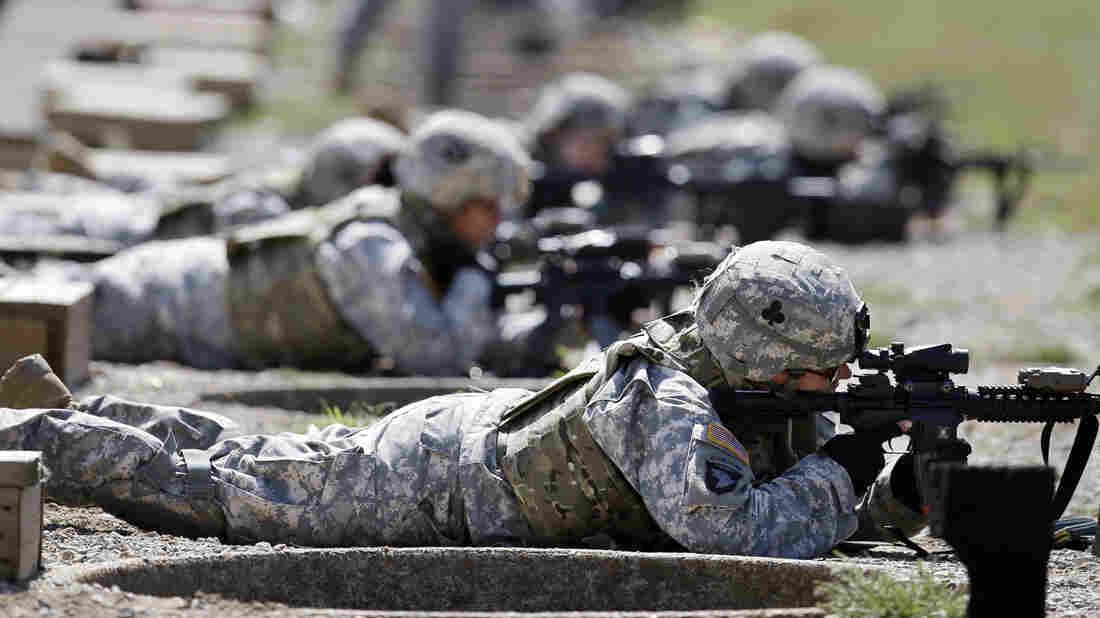 For the first time since women have been allowed to apply, a woman has passed the initial Special Forces Assessment and Selection process, placing her on the path to become the first female Green Beret. Mark Humphrey/AP hide caption 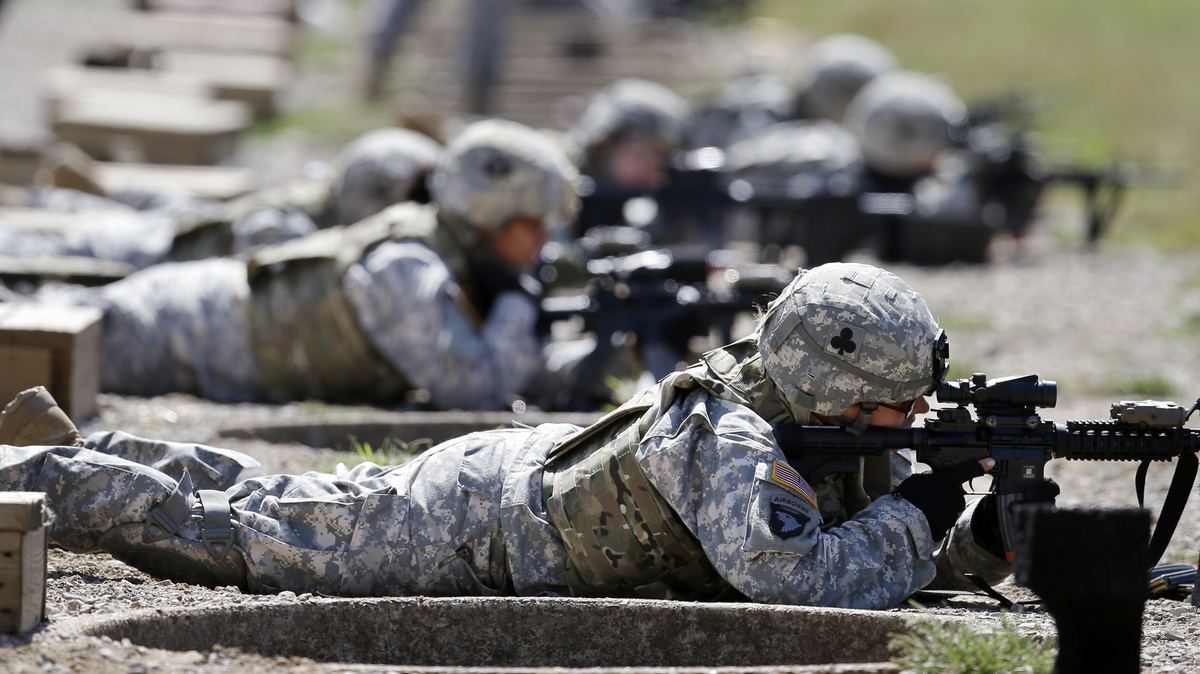 For the first time since women have been allowed to apply, a woman has passed the initial Special Forces Assessment and Selection process, placing her on the path to become the first female Green Beret.

For the first time since women have been allowed to apply, a female soldier is one step closer to becoming a member of the Green Berets.

The Army opened its special operations jobs to women in 2016 but none has ever made it past the initial Special Forces Assessment and Selection process, a 24-day program designed to push soldiers to the brink of mental and physical exhaustion.

The soldier's name and current military occupational specialty have been withheld for security reasons.

"It is our policy to not release the names of our service members because Special Forces soldiers perform discreet missions upon graduation," Bymer said.

Candidates for the elite unit must be in superb physical and mental condition. The first phase of the SFAS course tests soldier's endurance; in addition to running, swimming and mandatory sit-ups and pull-ups, they participate in rucksack marches, often covering hundreds of miles, all on very little sleep. The second phase of the assessment period measures leadership and teamwork abilities. Soldiers are tested on their effectiveness as leaders, with little to no guidance, and how they work within a team.

"We're proud of all the candidates who attended and were selected to continue into the qualification course in hopes of earning their Green Beret."

Retired Lt. Gen. Steve Blum, a 42-year Army veteran who spent 16 years with the Green Berets, told NPR he was thrilled to hear a female soldier had made it to the Q course phase.

"I applaud and celebrate the fact because half of the world that we have to deal with when we're out there, half of the people we have to help, are women," Blum said. "The days of men fighting men without the presence of women is long gone."

Blum said the hardest part for most people is the mental component of the program. Soldiers are placed in harsh environments and forced to solve dilemmas "where there are no good solutions."

"Most of the time you have to come up with a MacGyver solution," he said. "You have to be able to take what you have — or the people you have — and make it work."

The next stage in training for Green Beret hopefuls is the Qualification Course. It consists of four phases and lasts one to two years, depending on a soldier's specialty and assigned foreign language.

Retired Special Forces Col. David Maxwell, a 30-year Army veteran, told NPR his most vivid memories are from the Unconventional Warfare training during the final phase of Q course. By this point candidates are expected to use their cumulative skills to infiltrate a fictional country. Their objective is to train a guerrilla force to fight an enemy army by winning over the "indigenous" population.

"It was incredibly realistic," Maxwell explained. "Everything we did in [Unconventional Warfare] we experienced later in the real world."

Overall retention rates for Special Forces are low. Any given class is likely to lose between 30 to 50 percent of candidates during the initial assessment, Maxwell estimated. Even more drop out during the Q course period. But Maxwell said, "It's a two way street."

"The process is not just for assessment officers to decide if a soldier is the right fit. The soldier is also making the decision if this is the kind of life that he, or now she, wants to live," he said.

The Green Berets is one of the Army's last divisions to accept female soldiers. Since the ban on women in combat was lifted more than a dozen women have earned the Ranger tab, Army Times reported.