Accessibility links
Democrat Andrew Gillum Concedes Florida Governor's Race To Ron DeSantis Keeping Florida in the GOP column is a highlight for Republicans this year. While Republicans held onto the Senate, Democrats flipped the House and made major gains in the governor's contests, too. 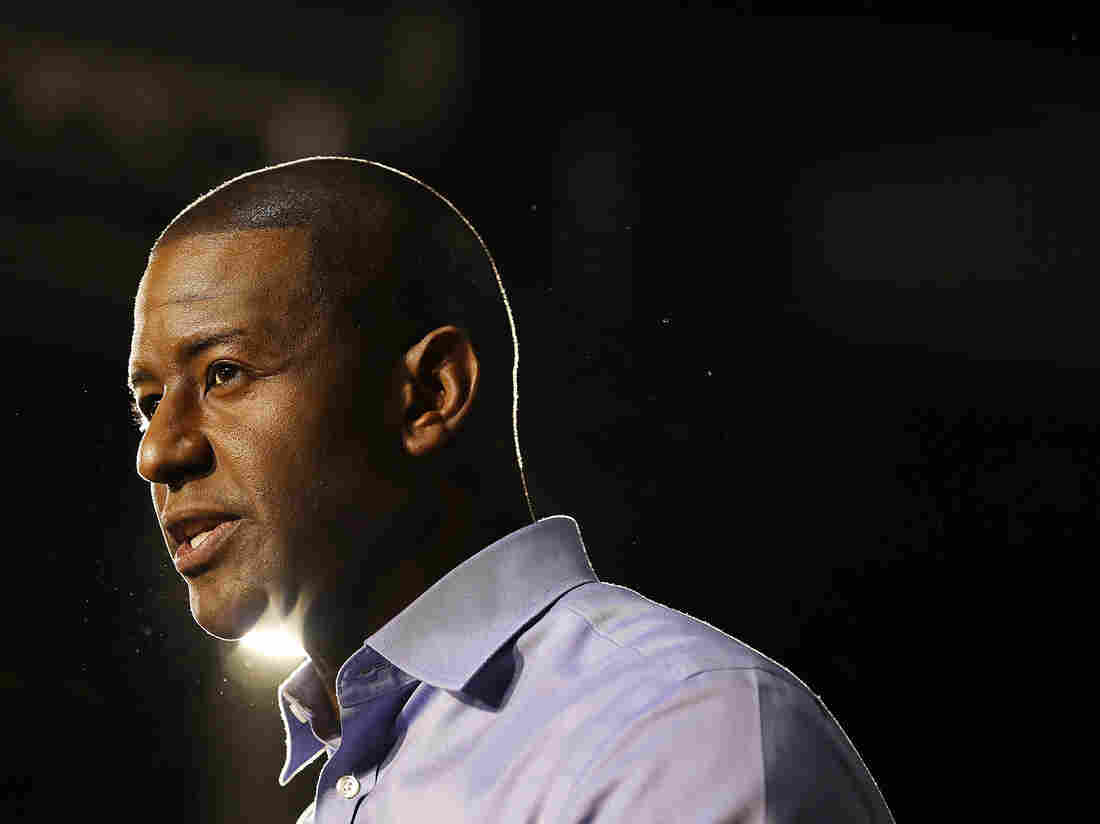 Andrew Gillum was seeking to become the first African-American governor of Florida. His race against Rep. Ron DeSantis was one of the most closely watched in the country. Joe Raedle/Getty Images hide caption 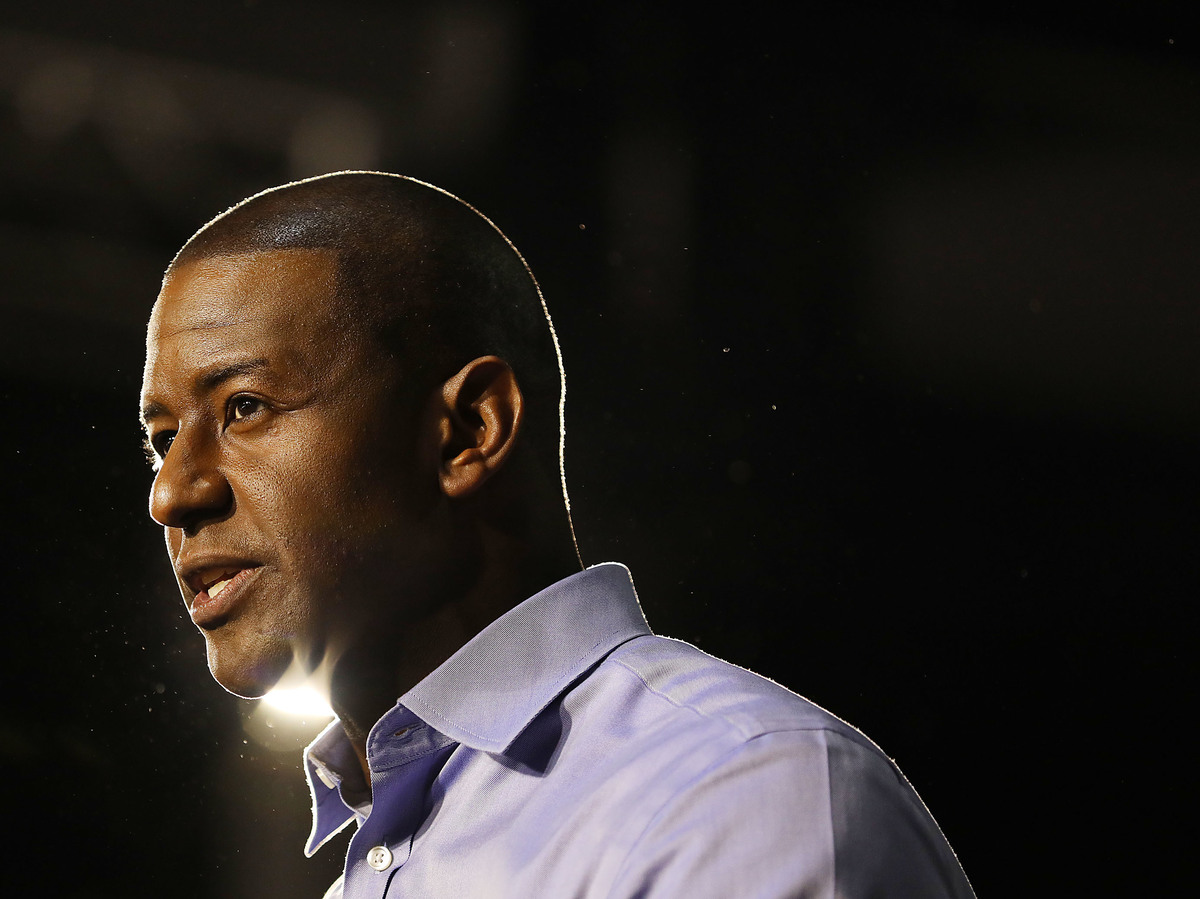 Andrew Gillum was seeking to become the first African-American governor of Florida. His race against Rep. Ron DeSantis was one of the most closely watched in the country.

Andrew Gillum ended his bid to become the first African-American governor of Florida on Saturday, conceding the race to his Republican rival, former Rep. Ron DeSantis.

"R. Jai and I wanted to take a moment to congratulate Mr. DeSantis on becoming the next governor of the great state of Florida," Gillum said in a Facebook video with his wife at his side. "This has been the journey of our lives."

The contest was one of the most closely watched in the country. Gillum had initially conceded on election night, and The Associated Press called the race for DeSantis. But as more absentee ballots were counted in the following days and the margin between the two men narrowed to within the 0.5 percentage point necessary to trigger a mandatory recount under Florida law, the AP withdrew its projection and Gillum withdrew his concession.

A contentious recount in both the gubernatorial and Senate contests followed, but DeSantis never relinquished his lead over Gillum. Thursday at 3 p.m. ET was the deadline for Florida counties to complete machine recounts, which had DeSantis leading by a margin greater than the 0.25 percentage point that would have triggered a manual recount.

The race between DeSantis, who resigned from Congress earlier this year to run, and Gillum, the mayor of Tallahassee, was an extraordinarily bitter one. Gillum was the surprise winner of the Democratic primary, embracing a progressive platform for his campaign as he vied to become the state's first African-American governor.

In Florida And Georgia, Heated Campaigns For Governor Boil Over In Controversies

But shortly after the general election campaign started, charges of racism began to fly. The day after the primary, DeSantis said that Floridians shouldn't "monkey this up" by electing Gillum — a phrase which many saw as a racist dog whistle. DeSantis responded that the charges of racism were "absurd," but there were more overtly racist robocalls from outside groups. Gillum, meanwhile, faced questions about an FBI corruption investigation into Tallahassee's city government.

DeSantis won his primary by running as a staunch ally of President Trump, who returned in the final days of the midterm season to help boost the former congressman. Gillum had plenty of outside help, too, with former President Barack Obama and others stumping on his behalf.

Keeping Florida in the GOP column is a highlight for Republicans in an otherwise relatively dismal midterm election cycle. While Republicans held onto the Senate and added at least one seat, Democrats flipped the House of Representatives, winning at least 35 seats. Democrats made major gains in the governor's contests too, adding seven seats to their total nationwide.