Accessibility links
Missing Argentine Submarine Found In Deep Ocean Ravine The submarine had 44 crew members when it lost contact with Argentina's military. Its disappearance has prompted protests by family members of those on board. 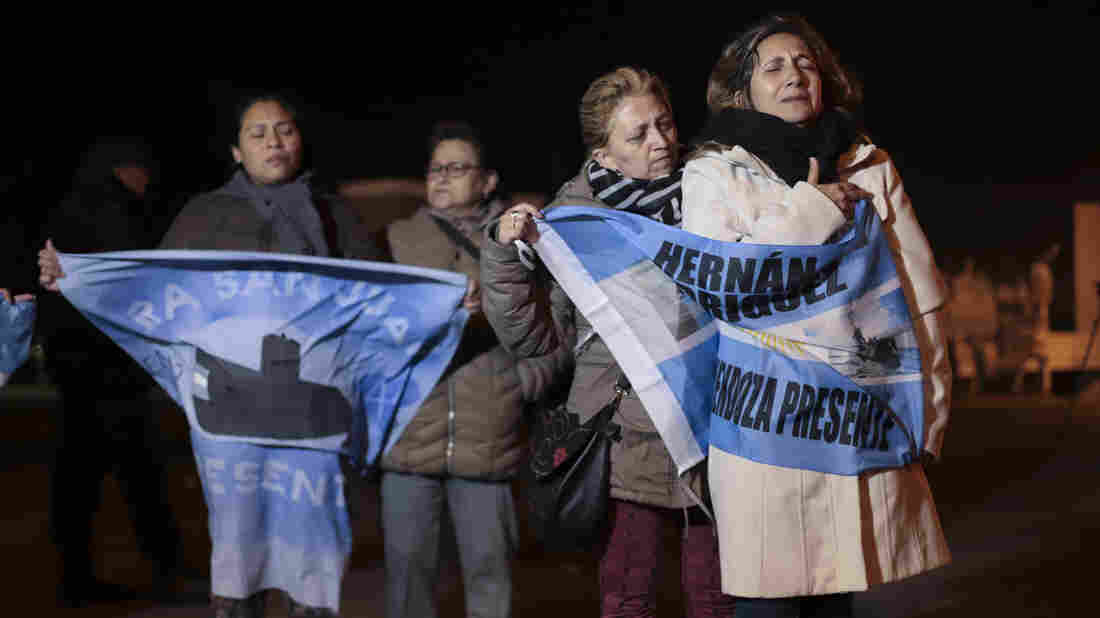 Relatives of crew members on board the ARA San Juan submarine wait outside the navy base in Mar del Plata. Argentina's navy announced early Saturday the missing submarine has been located in a deep ravine in the Atlantic Ocean. Federico Cosso/AP hide caption 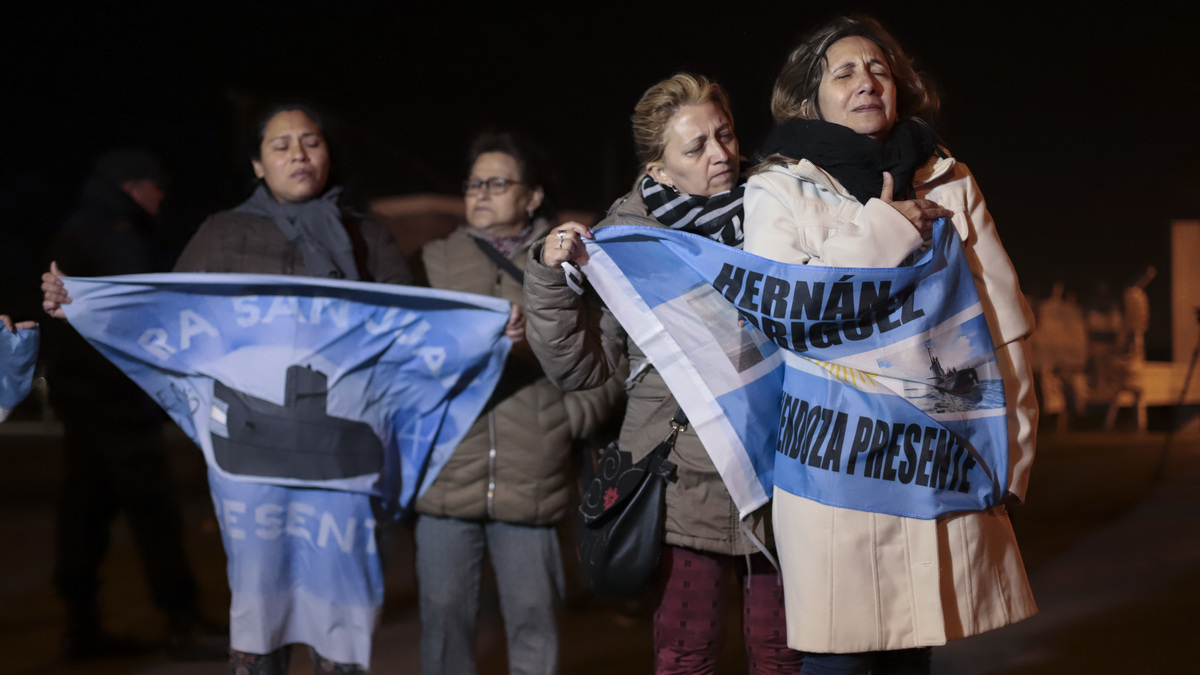 Relatives of crew members on board the ARA San Juan submarine wait outside the navy base in Mar del Plata. Argentina's navy announced early Saturday the missing submarine has been located in a deep ravine in the Atlantic Ocean.

An Argentine submarine has been found about a half-mile below the ocean's surface, almost a year after it disappeared with 44 crew members on board.

Ocean Infinity, a Houston-based company, sent minisubmarines to scour the ocean floor for the submarine and were on the last day of their search when they received notification of a 197-foot-long geological formation in a deep ocean ravine, about 700 miles east of the Argentine city of Puerto Madryn. Photo images revealed it to be the submarine, the ARA San Juan.

Argentina's military announced the San Juan had been found in a tweet.

The San Juan belonged to Argentina's navy and was on a routine mission from Ushuaia in the Patagonia region to Mar del Plata in Buenos Aires province, when it lost contact with the military on Nov. 15, 2017. The navy later announced that an explosion had been recorded near the submarine's last known location.

Last August, Argentina's government hired Ocean Infinity to search for the wreckage, with a promised $7.5 million payout if the submarine was found. The company had previously been contracted to find Malaysia Airlines Flight 370, which disappeared over the Indian Ocean in 2014.

The search for the submarine prompted protests by family members of the men on board and a shake-up of Argentina's military, including the dismissal of its top commander. An investigation found naval officials allowed the submarine to go on the extended mission despite being warned the vessel had mechanical problems, The Washington Post reported.

Earlier this year, crew members' relatives camped outside of the presidential palace in Buenos Aires for several weeks, where they demanded the government continue its search for the missing submarine.

Jorge Villarreal, father of a crew member on the submarine, Fernando Villarreal, told the Todo Noticias news channel, "The important thing is that it was found. Now we know where it is, and we can carry out our mourning in the best way," The New York Times reported.

Argentine Defense Minister Oscar Aguad said Argentina does not have the technology to recover the submarine, and officials are determining next steps, according to The Associated Press.