Accessibility links
Florida Recount: Rick Scott Wins Senate Seat Over Bill Nelson Ultimately, even a hand recount didn't shift the final margin of the race too much. Scott's win means Republicans have picked up two Senate seats even as the GOP lost substantial ground in the House. 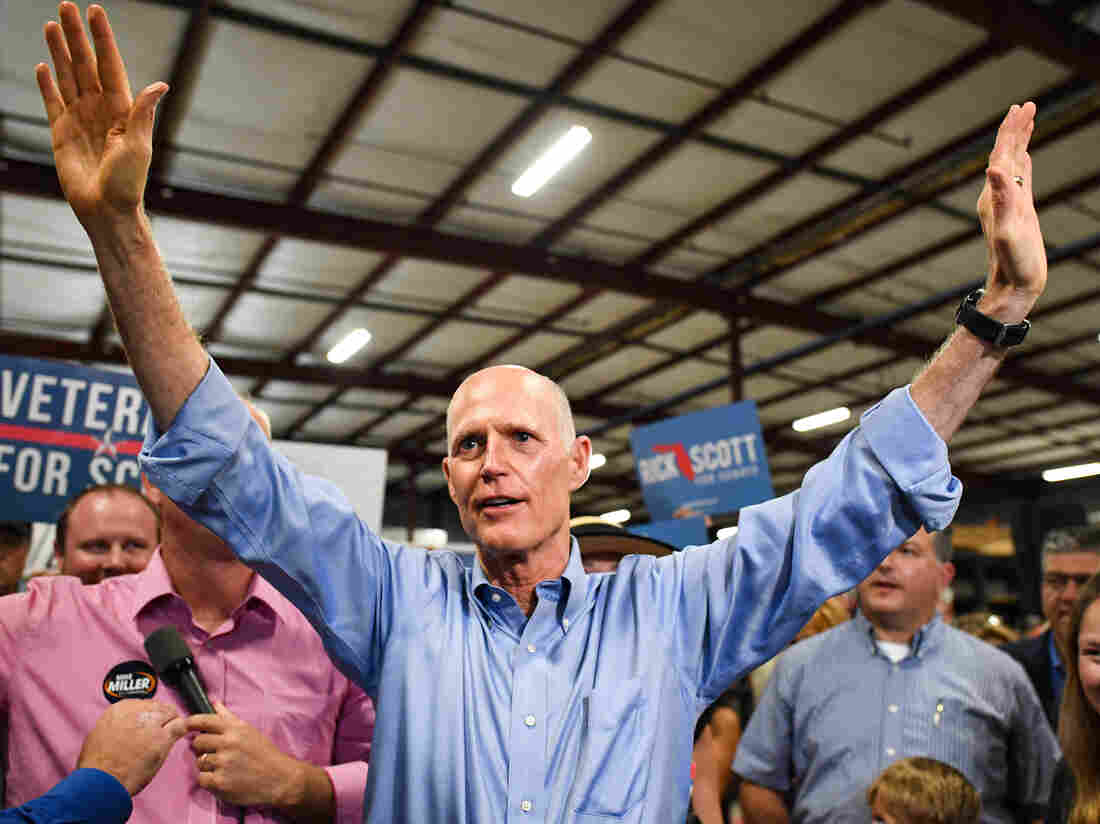 Even before the recounts were done, Gov. Rick Scott attended freshman orientation this past week at the Capitol. Scott is seen here at a rally in Orlando on Nov. 2. Jeff J. Mitchell/Getty Images hide caption 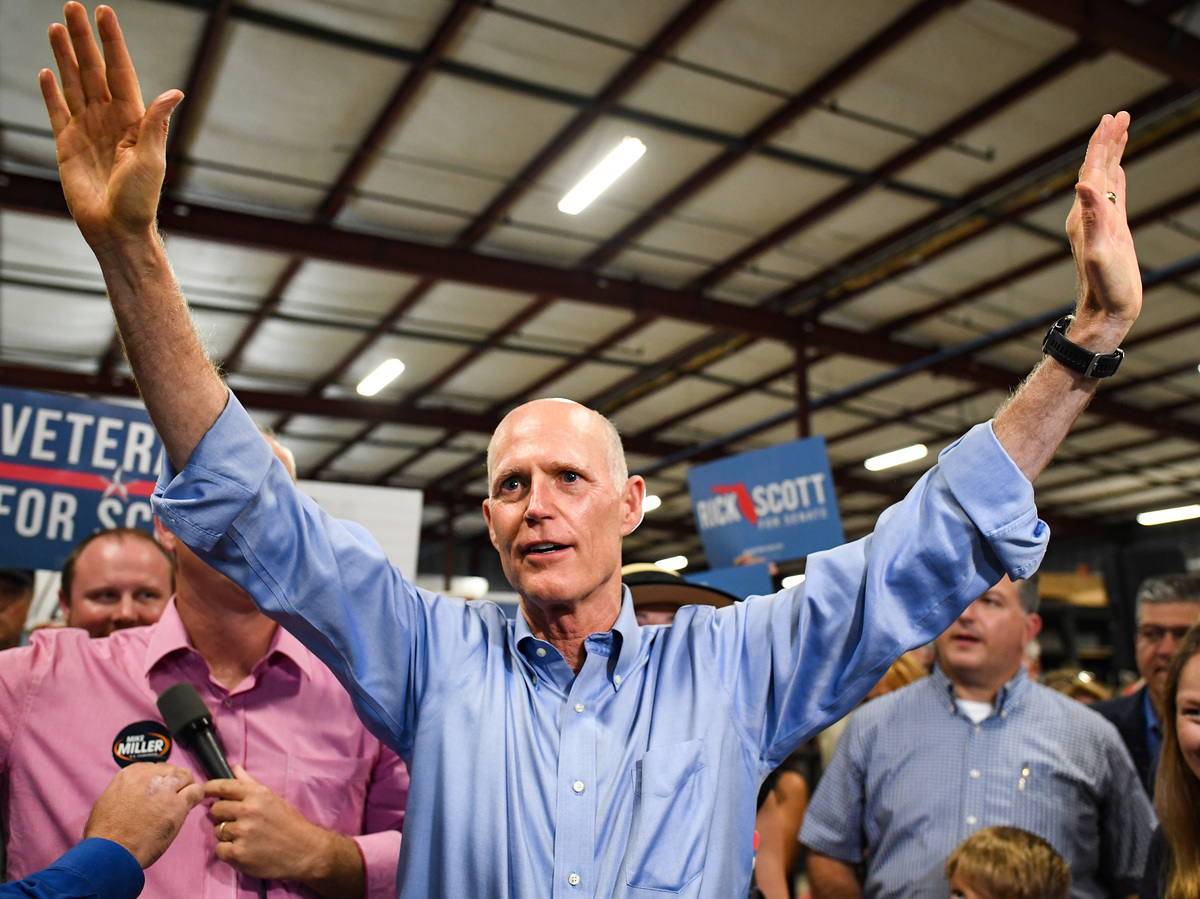 Even before the recounts were done, Gov. Rick Scott attended freshman orientation this past week at the Capitol. Scott is seen here at a rally in Orlando on Nov. 2.

Following both a machine and hand recount — mandated by law given the very tight margin of less than 0.25 percentage points — Scott continued to lead Nelson by more than 10,000 votes out of more than eight million votes cast.

"I just spoke with Senator Bill Nelson, who graciously conceded, and I thanked him for his years of public service," said Scott in a statement issued by his campaign.

"We may have been outspent in this campaign, but we were never outworked" said Nelson in an address to supporters.

Top Democratic lawyers had flooded into the state after Election Day given the razor-thin margin, and Nelson's campaign sued to extend the deadline statewide and to ask for a recount in Palm Beach County of all ballots, not just undervotes and overvotes. But ultimately, even the hand recount didn't shift the final margin of the race too much.

Scott's victory represents the fourth Senate seat that Republicans flipped — in addition to North Dakota, Indiana and Missouri — though they have now netted two seats total given other losses in Arizona and Nevada. The only outstanding contest is in Mississippi, where the special election is headed to a runoff later this month.

Scott was a top GOP recruit in his race against Nelson, who hadn't faced a particularly strong challenger since he was first elected in 2000. But Scott, a wealthy former health care executive, put nearly $40 million of his money into the contest, which was the most expensive Senate race in the country.

Democrats argued that Scott had won the governorship twice in good years for the GOP, but some admit that Nelson was caught off guard, at least at first. But Scott proved to be a formidable campaigner, made crucial inroads with the state's sizable Hispanic community and won plaudits for his response to hurricanes in the past few years.

Republicans maintained that Scott would hold onto his lead despite the legal challenges from Nelson's campaign, and the Florida governor attended freshman orientation this past week at the Capitol.