FACT CHECK: Is The Ex-SEAL Commander Attacked By Trump A 'Hillary Clinton Fan'?

FACT CHECK: Is The Ex-SEAL Commander Attacked By Trump A 'Hillary Clinton Fan'? 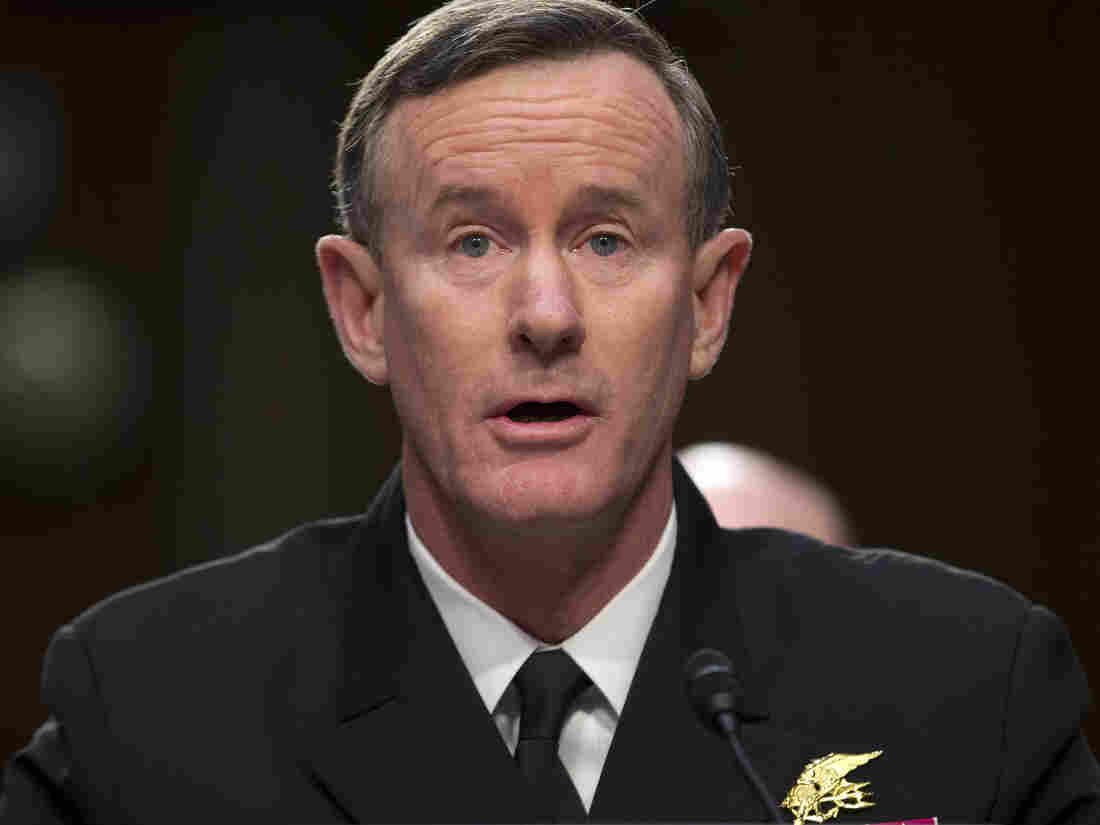 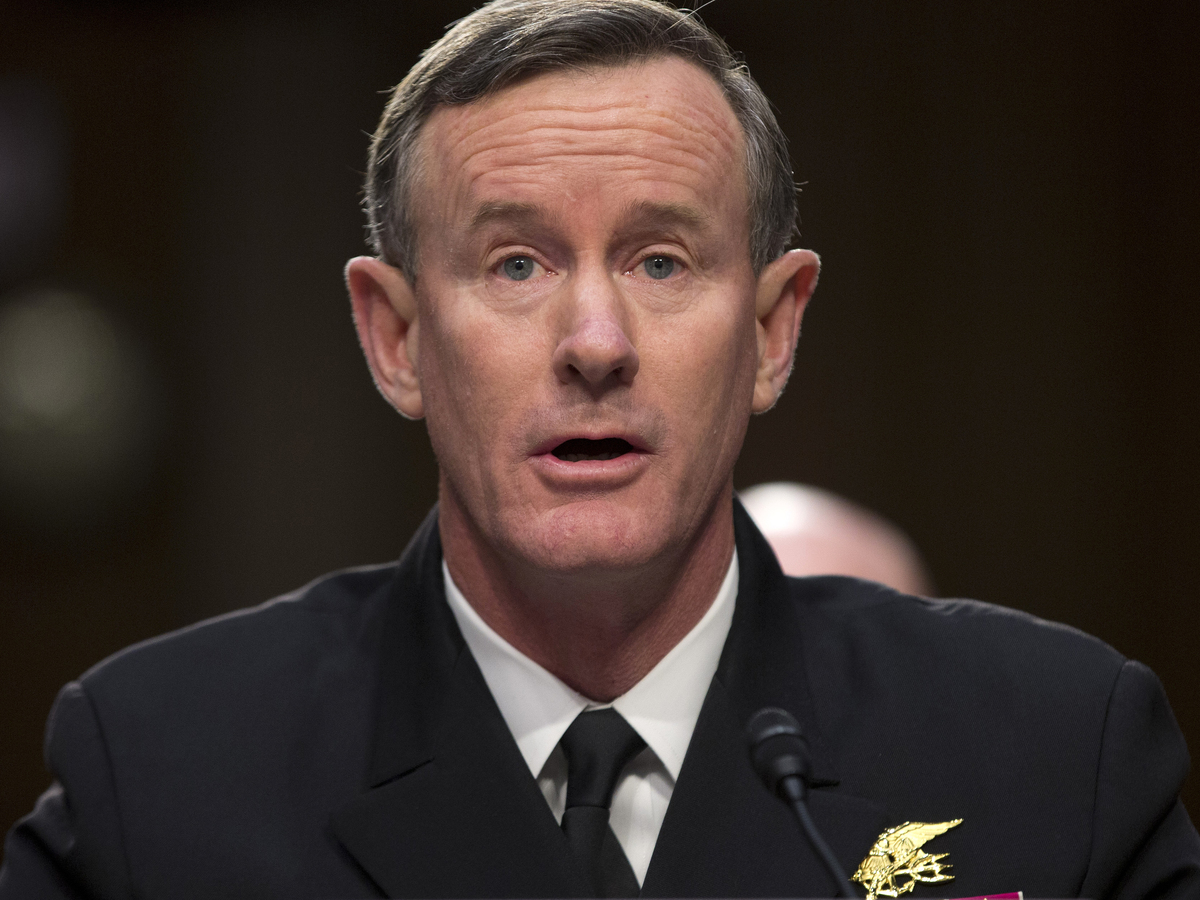 Then-U.S. Special Operations Command boss William McRaven testified before Congress in 2013. President Trump is engaged in a long-running feud with McRaven, now retired from the Navy.

President Trump tried to sidestep criticism from a former top military commander by insisting that retired Adm. William McRaven is simply a political player from the camp of his former opponent Hillary Clinton.

Trump sought to undermine McRaven's words by denying them the imprimatur of a decorated former four-star special operations commander. Instead, as the president said in a Fox News Sunday interview, they were just more carping from a "Hillary Clinton fan."

But McRaven told CNN he did not back Clinton "or anyone else" in the 2016 presidential contest. And he stood by his earlier claim that Trump's attacks on the news media represent a threat to democracy.

McRaven denied the occasional trial-balloon reports that he was being vetted to serve as a potential running mate for Clinton or in some other top administration post if she had been elected.

While both Clinton and Trump sought to line up military endorsements during the 2016 contest, McRaven — who was serving as chancellor of the University of Texas system — said he did not want to take sides. He told CNN he supported both Presidents Obama and George W. Bush when he served under them.

"I admire all presidents, regardless of their political party, who uphold the dignity of the office and who use that office to bring the nation together in challenging times," McRaven said.

That admiration did not, however, extend to Trump.

In an op-ed for the Washington Post addressed to Trump this summer, McRaven wrote that he had hoped the president would rise to the occasion after being elected, but that he had been disappointed.

"Through your actions, you have embarrassed us in the eyes of our children, humiliated us on the world stage and, worst of all, divided us as a nation," McRaven wrote. "If you think for a moment that your McCarthy-era tactics will suppress the voices of criticism, you are sadly mistaken. The criticism will continue until you become the leader we prayed you would be."

McRaven also joined a group of former top national security leaders who asked Trump to take away their security clearances after Trump pulled the one that belonged to another critic, former CIA Director John Brennan.

Other former top national security leaders have lamented the tensions that have sprung up between the president and several former top military or spy world figures.

Retired Adm. Mike Mullen, a former Joint Chiefs chairman, told NPR, for example, he worried that comments like those by McRaven wind up having the effect of making the military seem political even if McRaven doesn't wish that.

"I think that for Adm. McRaven — who I think the world of — it's the wrong fight," Mullen said.

That's the direction that Trump took in his Fox News Sunday interview, in trying to brush off McRaven's criticism as strictly political. The president also used the opening to make a separate attack of his own: Interviewer Chris Wallace reminded him that McRaven was a Navy SEAL who commanded special operations forces during the 2011 raid that killed Osama bin Laden.

Trump countered that the U.S. should have captured or killed bin Laden sooner — an argument he later echoed on Twitter. The president followed up on that criticism on Monday.

....We no longer pay Pakistan the $Billions because they would take our money and do nothing for us, Bin Laden being a prime example, Afghanistan being another. They were just one of many countries that take from the United States without giving anything in return. That’s ENDING!

"Of course we should have captured Osama Bin Laden long before we did," Trump tweeted Monday. "President Clinton famously missed his shot. We paid Pakistan Billions of Dollars & they never told us he was living there. Fools!"

Trump ordered the suspension of most military assistance to Pakistan in January.

The United States did not "capture" bin Laden, though. The Navy special operators killed him and flew him to a ship, from which his body was dumped in the ocean.

Former President Bill Clinton did order airstrikes in 1998 on al-Qaida compounds in Afghanistan and Sudan, after bin Laden's group carried out terrorist bombings in Kenya and Tanzania.

Although those strikes came to be viewed in retrospect as a missed opportunity to kill bin Laden, some critics at the time faulted Clinton for overreacting, suggesting the strikes were a Wag the Dog effort to deflect attention from the Monica Lewinsky scandal.

Leon Panetta, who ran the CIA when intelligence experts located bin Laden, bristled at Trump's suggestion that the U.S. government had dragged its feet.

"It's hard for me to even begin to respond to this president when he's dealing with probably one of the most proudest and courageous operations that has taken place," Panetta told MSNBC. He noted that the raid on bin Laden's compound took place just three months after the CIA briefed McRaven on the al-Qaida leader's suspected whereabouts.

"This president owes Adm. McRaven and all of the SEALs involved in that operation an apology for what he's saying," said Panetta, who later served as defense secretary. "He's undermining his position as commander in chief not only with those that conducted the operation but with the entire military."

Trump's counterpunch at McRaven, who stepped down from the chancellor's post at the University of Texas this year amid health concerns, was reminiscent of his attack in 2015 on the late Sen. John McCain.

"He's not a war hero," Trump said of McCain, a Navy pilot who was shot down in Vietnam and spent 5 1/2 years as a prisoner of war. "I like people who weren't captured."

Trump, who avoided service in Vietnam through student and medical deferments, has campaigned as a champion of the military and veterans, and he successfully pushed for a boost in military spending.

Trump drew criticism earlier this month for skipping a planned visit to an American military cemetery outside Paris, when bad weather grounded his helicopter. He blamed the Secret Service.

Asked why he hasn't visited U.S. troops in Iraq or Afghanistan since taking office, Trump said he has had "an unbelievably busy schedule." But he hinted a trip to a war zone could be coming in the future.