Accessibility links
Democrats Demolish The 'Orange Curtain' In Orange County There will be no Republican members of Congress from Orange County, Calif. It is a stunning turn for a county that was once the heart of the state's GOP. A statue of former President Ronald Reagan stands in front of a home on Orange County's Balboa Island. Reagan's political career and the Republican Party of the 1970s and '80s were long associated with Orange County, but the party was swept out of power there in this year's midterm elections. Mario Tama/Getty Images hide caption 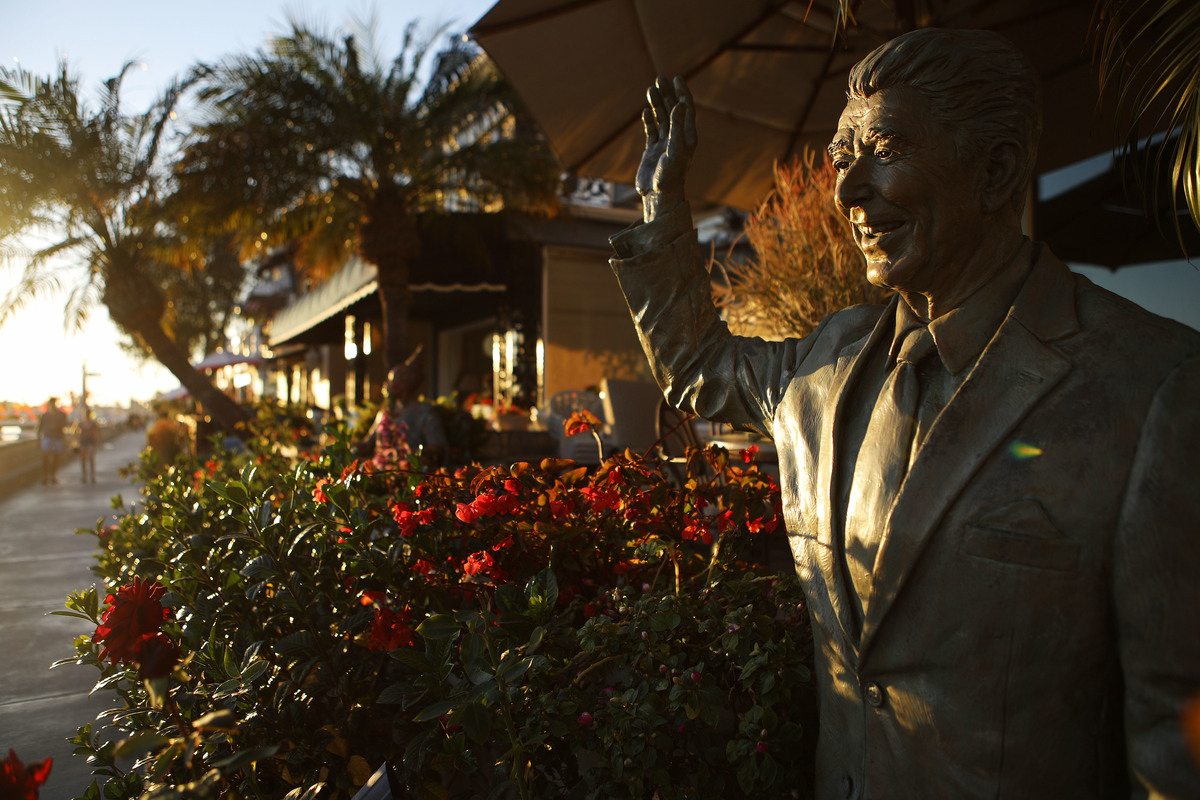 A statue of former President Ronald Reagan stands in front of a home on Orange County's Balboa Island. Reagan's political career and the Republican Party of the 1970s and '80s were long associated with Orange County, but the party was swept out of power there in this year's midterm elections.

Richard Nixon was born and raised in Orange County, Calif. Ronald Reagan got his political fuel from there. In a state increasingly dominated by coastal liberals, Orange County was a conservative bastion with an ocean view.

Even as Democrats came to dominate California politics, Orange County clung on as a Republican stronghold.

"Orange County was different," said Rob Stutzman, a Republican political consultant based in Sacramento. "It was, as we called it, 'the orange curtain' and it has now fallen."

Though the election results have been slow to trickle in, Democrats will now control all of the seven House seats that include Orange County.

"It's definitely a sobering wake-up call a couple of weeks after the election," said Harmeet Dhillon, Republican national committeewoman from California. "Psychologically it's been challenging for us."

Reflecting on this shift, Lou Cannon, the longtime documentor of California politics and Reagan, in particular, recalled what a state senator from Orange County told him in the 1960s.

"He said he joined the John Birch Society because he wanted to get the middle-of-the-road vote in Orange County," Cannon said, referencing the anti-communist ultraconservative group that had a large presence in Orange County at the time. 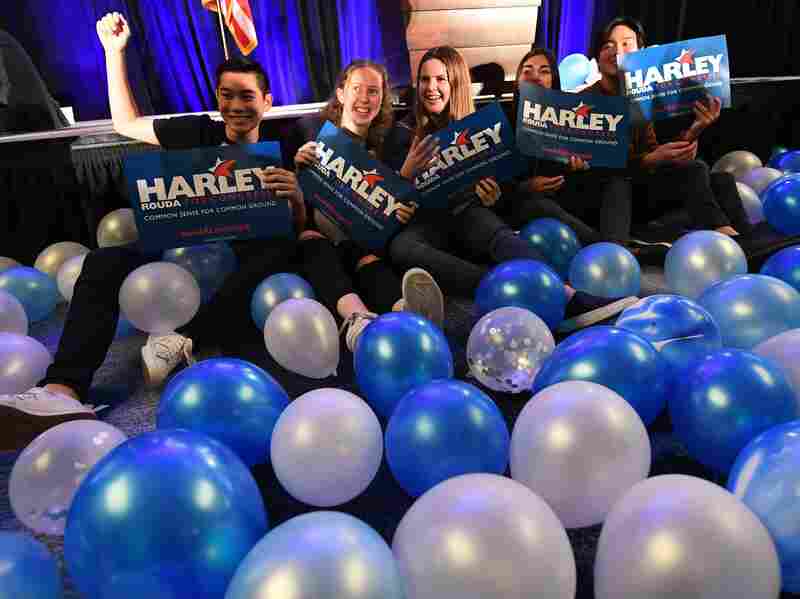 Supporters of Democrat Harley Rouda celebrate as they watch the returns on election night. Rouda was one of four Democrats who unseated Republican House members in Orange County, Calif., signaling a political shift in the once conservative area. Mark Ralston/AFP/Getty Images hide caption 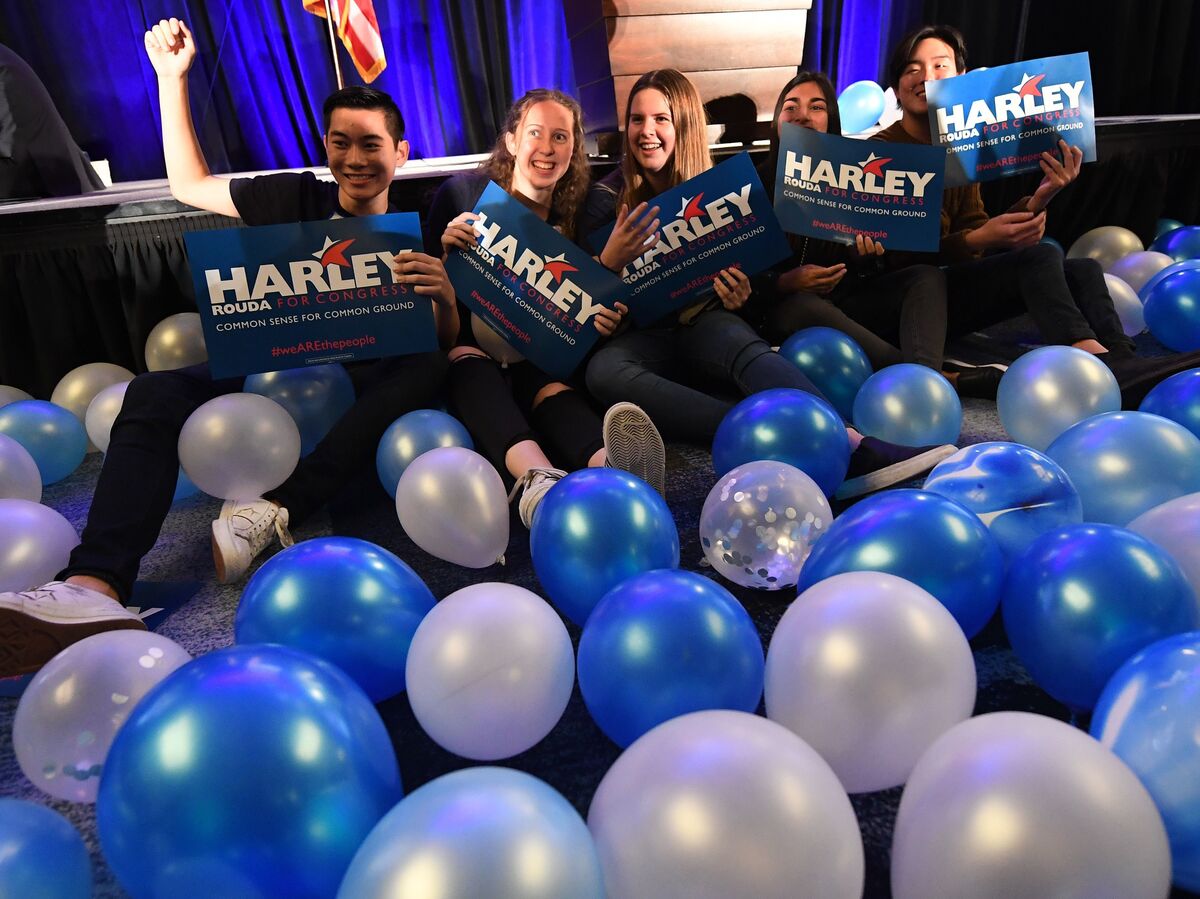 Supporters of Democrat Harley Rouda celebrate as they watch the returns on election night. Rouda was one of four Democrats who unseated Republican House members in Orange County, Calif., signaling a political shift in the once conservative area.

It was a joke, but it came from a place of truth. Driven by white flight from Los Angeles to the north, Orange County was transformed from orchards and grazing land into affluent suburbs. Its conservative voters helped shape the Reagan-era GOP and fund its campaigns in California and the nation.

The demographics in Orange County had been shifting for some time, growing less uniformly conservative and more diverse, in part because of rising Asian and Latino populations. Then in 2016, Orange County broke for Hillary Clinton over Donald Trump in the presidential race — the first time the county's voters had backed a Democrat for president since the Great Depression. But still, the largely Republican congressional delegation held on.

Seeing the demographic and political writing on the wall, Republican Reps. Darrell Issa and Ed Royce retired. They will be replaced by Democrats Mike Levin and Gil Cisneros. Rep. Dana Rohrabacher hung on to fight, but his cozy attitudes toward Russia made him an easy target for Democrats and he was defeated by Harley Rouda. And in a surprise to many Republicans Rep. Mimi Walters lost to law professor Katie Porter. 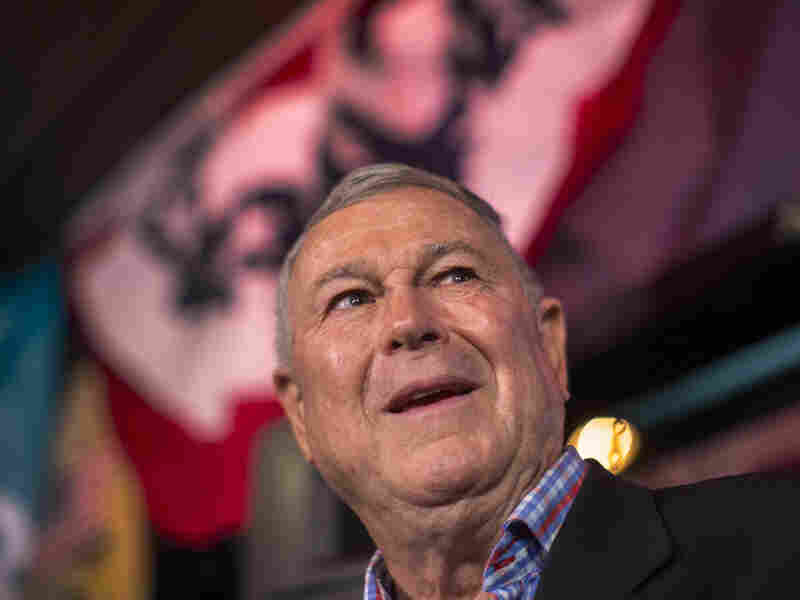 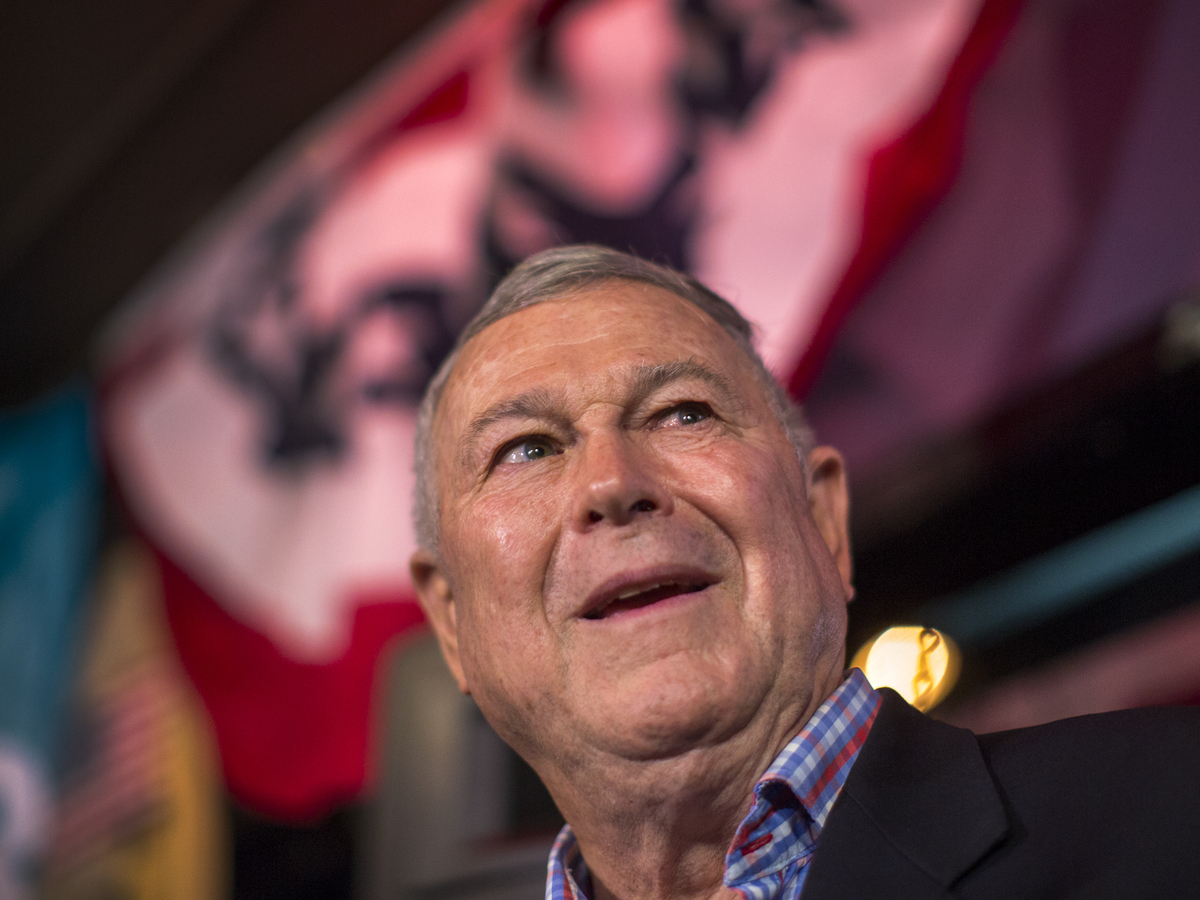 It was a wipeout. But how did it happen?

The Democratic Congressional Campaign Committee, which works to get Democrats elected to Congress, was on the ground early in Orange County, recruiting candidates, registering voters, building an infrastructure to get out the vote.

Republicans are quick to point out that in the closing days, billionaire and former New York City Mayor Michael Bloomberg (who may also run for president in 2020 as a Democrat) dropped millions of dollars of ads into a couple of the Orange County races.

Democrats may have gotten in the right spot and paddled hard to catch it, but there was already a wave forming.

In an election where college-educated suburbanites, especially women, turned their backs on Republicans, Orange County represents a stark example of the national trend. As the Republican Party has become the party of Trump, it has at least for now lost some traditional Republicans.

Dhillon says the rap on Orange County today is that it is more country club (or yacht club) establishment Republicans and not the grassroots, new wave of Republicans and some Democrats who got Trump elected.

The California GOP ponders the future

"What I see is not a permanent shift blue, but definitely a shellacking that requires us to really re-evaluate a lot of our strategies as Republicans in terms of the candidates we run, the strategies we employ to turn out the vote, the fundraising tactics that we need to use," Dhillon said. "I think all of these things merit re-examination in the wake of this election."

California Republicans are now arguing among themselves whether to blame Trump and his anti-immigrant rhetoric at the end of the campaign, or to look inward.

Come January, there will be only eight Republicans in California's 53-member congressional delegation, with the GOP members mostly representing more sparsely populated inland areas of the state. Democrats will also hold every statewide elected office and supermajorities in the state Legislature and state Senate.

"The division in California is no longer North and South," said Cannon. "It's East and West." Or as he calls it, "the leftward shift of California."

Republicans have essentially given up on the state, he argues. They are no doubt beleaguered. And many trace the beginning of the decline back to 1994 when then-Gov. Pete Wilson, a Republican, was running for re-election and endorsed a ballot measure, Proposition 187, to deny government services to immigrants in the state illegally.

"They keep coming. Two million illegal immigrants in California," said one Wilson campaign ad, with ominous music and video of migrants running across the border. "The federal government won't stop them at the border."

Wilson won re-election. The ballot measure passed, but ultimately got tied up in legal challenges. But the Republican Party in California has been in a slow decline ever since (it is now outnumbered by no party preference voters). And 25 years later, that ad with its negative depiction of Hispanic immigrants is part of California's political DNA.

"It's seared into the political culture of California," said Stutzman, the political consultant. "We're now a Latino plurality state and that ad continues to linger" even though few voters under the age of 40 remember seeing it on TV.

No one wants to give that ad and the initiative it promoted too much credit or too much blame, but as Dhillon put it, "It's a hurdle we have to overcome."

For those who remembered the Wilson ad, the Trump campaign ad calling the caravan of migrants an "invasion" was familiar.

"It's hard to expand your base, which is what you have to do in California suburbs if you are the Republican Party" with messaging like that, said Stutzman.

"It really hung Republicans out to dry in a place like Orange County."

Stutzman, who is no fan of the president's, says Trump accelerated what had already been a significant decline of the Republican Party in California.

"We started digging the hole a lot faster once Trump became president, frankly once he was on the ballot in 2016," said Stutzman. "The Republican brand has become even less popular than ever here over the last two years."

Stutzman, who still identifies as a Republican, said the GOP's brand in California is toxic.

But all is not lost, insists a GOP operative who worked to get Republicans elected in 2018 and declined to go on the record so he could speak more freely. With a different candidate, the Rohrabacher seat wouldn't have been lost, he argues.

"It suddenly becomes one of the best Republican pickup opportunities in the country," he said, adding that in Orange County, Democrats "are going to have to compete like hell" to keep all those seats in their column.

A previous version of this story misspelled a reference to Dana Rohrabacher's last name as Rorabacher.