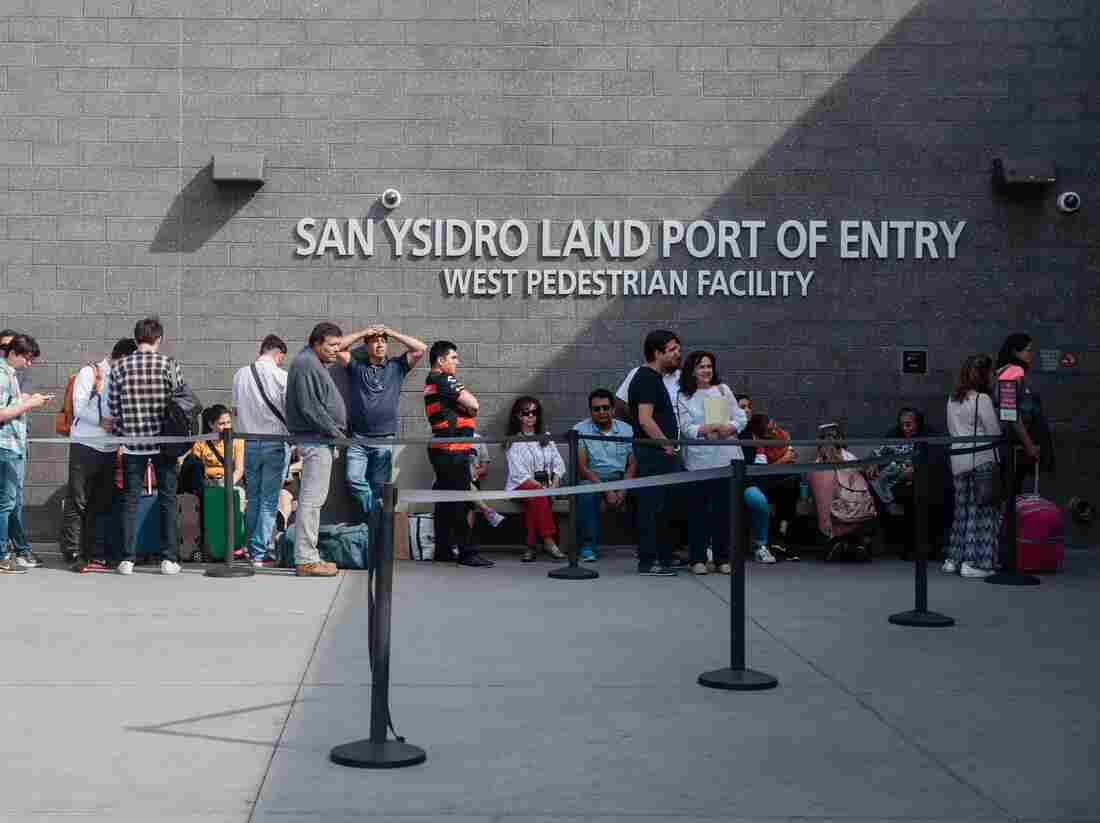 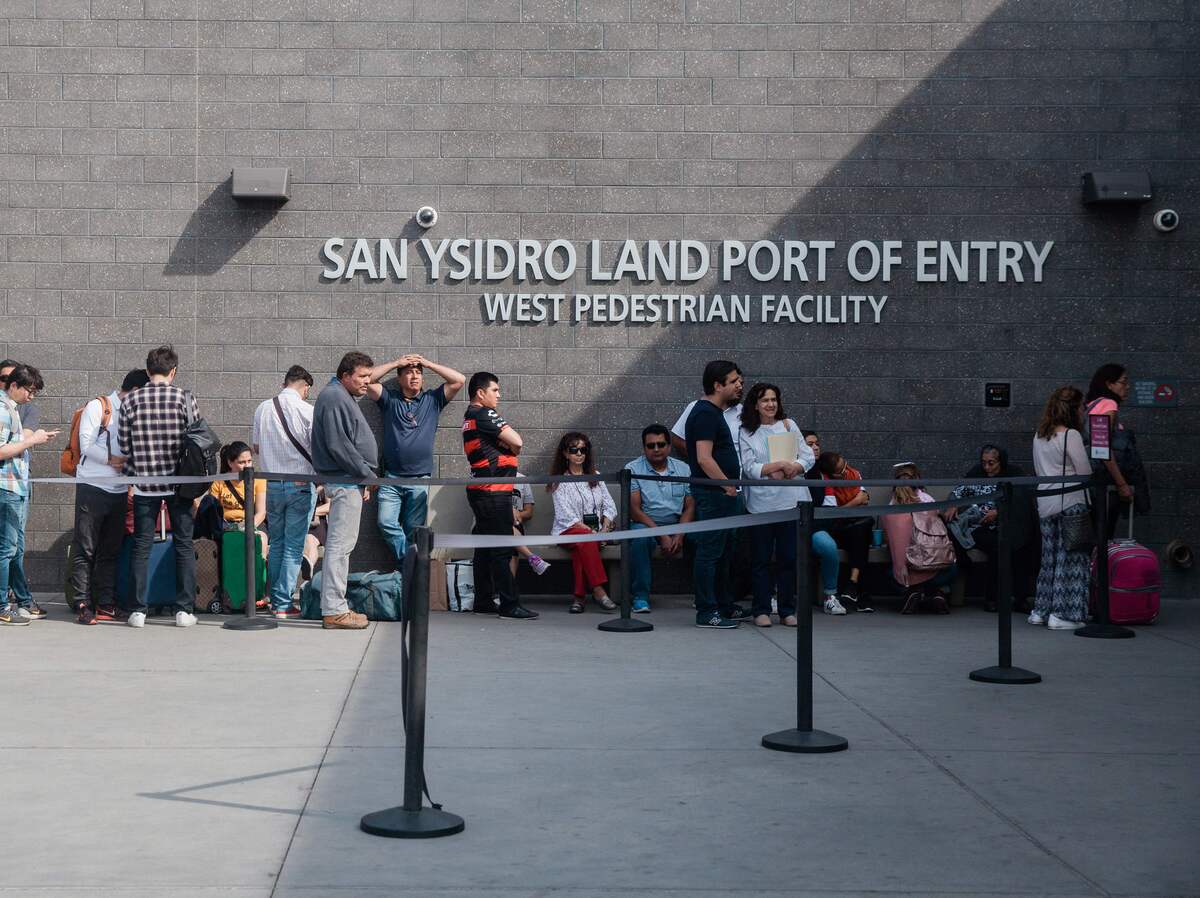 People wait in line outside the San Ysidro Port of Entry, between Tijuana, Mexico, and San Diego, Calif., in October.

A federal court in San Francisco has temporarily blocked the Trump administration's new asylum ban, saying it violates existing law and would cause irreparable harm to immigrants.

Earlier this month, President Trump issued a proclamation saying anyone crossing the U.S. southern border without doing so through an official port would be ineligible for asylum.

The American Civil Liberties Union, the Southern Poverty Law Center, the Center for Constitutional Rights and others quickly filed lawsuits seeking to block the order.

Lawyers from the Justice Department argued that the president has "broad discretion to suspend the entry of aliens into the United States," saying in a court filing it is within the Trump administration's power to require asylum-seekers to present themselves at ports of entry.

The plaintiffs' complaint alleged the administration violated the Immigration and Nationality Act, or INA, which maintains that if a person makes it to U.S. soil — even if they've crossed the border illegally — they are eligible to apply for asylum.

U.S. District Judge Jon S. Tigar agreed with the complaint in his ruling, issuing a temporary restraining order on the proclamation.

"Whatever the scope of the President's authority, he may not rewrite the immigration laws to impose a condition that Congress has expressly forbidden," he wrote. "Defendants' claims that the rule can somehow be harmonized with the INA are not persuasive."

"Failure to comply with entry requirements such as arriving at a designated port of entry should bear little, if any, weight in the asylum process," the Obama-appointed judge continued.

It "strains credulity" that an asylum-seeker's manner of entry into the U.S. can be the sole factor in declaring them ineligible for asylum, he wrote.

Tigar also noted the immigrants the plaintiffs represent will suffer "irreparable injury" if the proclamation is put into full effect — asylum seekers would face increased risks of violence and other harms at the border, he wrote.

"This ban is illegal, will put people's lives in danger, and raises the alarm about President Trump's disregard for separation of powers," ACLU attorney Lee Gelernt, who argued the case, wrote in a statement.

"There is no justifiable reason to flatly deny people the right to apply for asylum, and we cannot send them back to danger based on the manner of their entry. Congress has been clear on this point for decades," his statement continued.

Amid reports of a caravan of Central American asylum-seekers primarily from the Honduras headed to the U.S., President Trump sent about 1,100 troops to the border earlier this month to assist border officials.