Accessibility links
Dow Falls 950 Points, Or 4 Percent, In 2 Days There was a bloodbath in tech stocks. Companies like Apple depend on foreign markets and there are signs trade tensions are slowing growth in Europe and China. Apple and Facebook stocks have fallen. 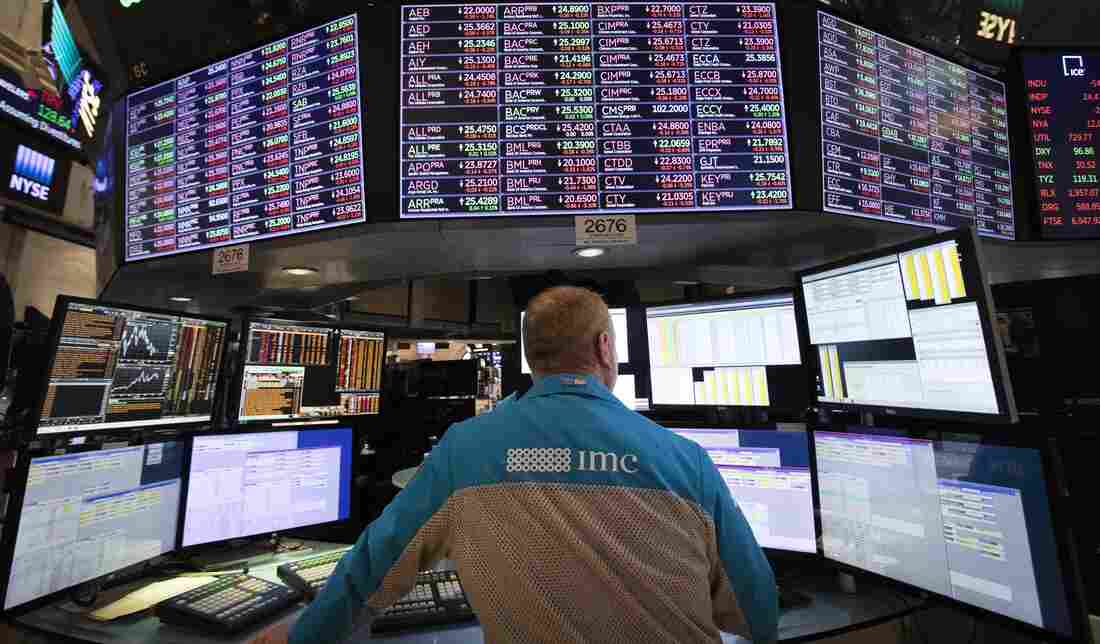 There was a bloodbath in tech stocks Tuesday. Apple is now down about 20 percent in November alone. Mark Lennihan/AP hide caption 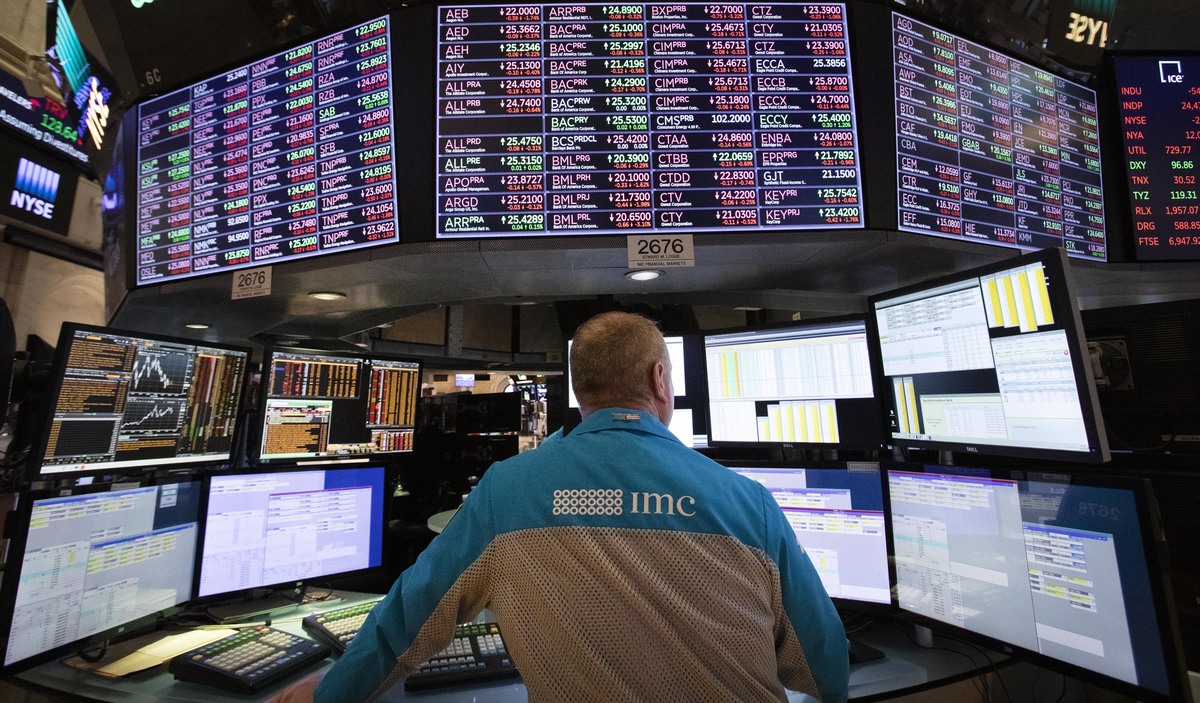 There was a bloodbath in tech stocks Tuesday. Apple is now down about 20 percent in November alone.

Stock prices took a sharp plunge Tuesday, for the second day in a row.

The Dow Jones Industrial Average has fallen a total of 950 points, or 4 percent, in the past two days. The major stock market indexes are now negative for the year.

The U.S. economy has had a strong run lately, but stock market investors are starting to worry. One big problem is trade. Both China and the United States have imposed tariffs on each other and investors are wondering whether they'll be able to work out their differences. Trade tensions are hurting lots of big companies that export a lot, like Boeing and Caterpillar.

But the real bloodbath has been in tech stocks. Apple and Facebook used to single-handedly prop up stock prices. Today a lot of investors are rethinking tech. Apple in particular is down about 20 percent this month alone. Tech companies depend on foreign markets and there are signs that trade tensions are slowing growth in Europe and China.

"I think we're gradually seeing the rising trade tensions between the two economic giants, the U.S. and China, having an effect on business confidence and having an effect on supply chains across the world," said Gregory Daco, the chief U.S. economist at Oxford Economics.

Meanwhile, the U.S. Federal Reserve has been raising interest rates and plans to keep its foot on the pedal in the coming year. Higher rates usually lead to a slowdown in economic activity. And that's scaring markets.

"It became clear to the market that the Fed was basically going to be raising those rates almost regardless of the effect on housing, on vehicle sales, on overall consumer confidence," said Quincy Crosby of Prudential Financial.

The prospect of a slowdown in growth usually also causes oil prices to fall, and that is happening. Tuesday, oil fell to its lowest level in a year. And the big energy stocks were all down.