Accessibility links
'Green Book' Offers By-The-Book Uplift Peter Farrelly's tale of a black musician chauffeured through the Deep South of the 1960s by a white driver is "a well-meaning but glib and shallow ode to interracial healing." 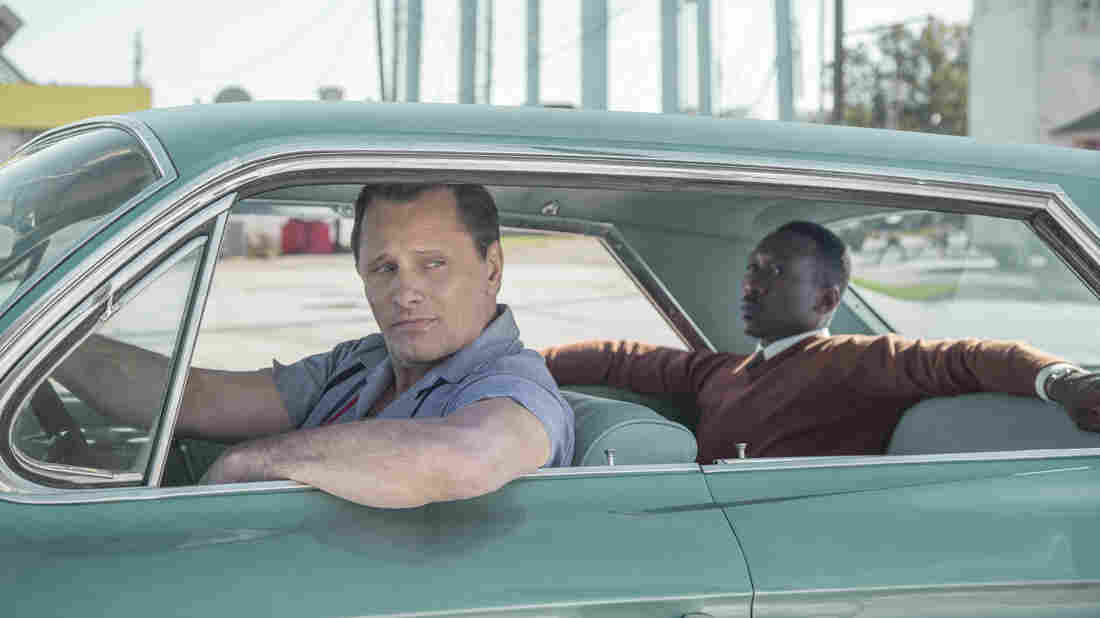 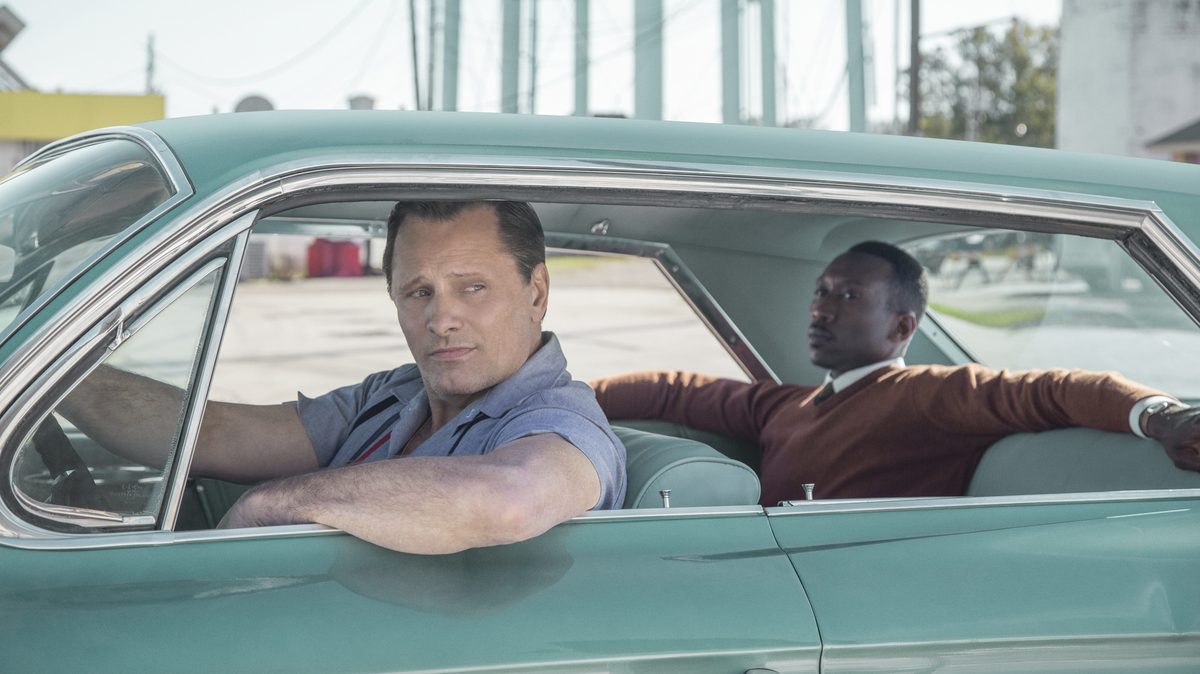 Driving though the segregated South in 1962, an Italian-American bouncer from the Bronx introduces the pleasures of fried chicken to an African-American pianist originally from Pensacola, Fla. Anyone who finds that moment plausible is tuned to the same wavelength as Green Book, a well-meaning but glib and shallow ode to interracial healing.

That's not just because Tony's son, Nick Vallelonga, co-wrote the script with Brian Hayes Currie and director Peter Farrelly. (Yes, half of the Dumb and Dumber team.) Don is depicted as admirable but exotic, and the filmmakers clearly expect viewers to be more comfortable with Tony. He's rough-edged, loudmouthed, and openly racist — but, ya know, a regular guy.

Mortensen, seldom seen in comic roles, romps through this one, making Tony far more engaging than the scenario alone can explain. Ali is impressively controlled as Don, who's intent on maintaining his dignity in a world designed to strip him of it. The musician has groomed himself into the antithesis of white-supremacist notions of what a black man is, but that process is in the past. It's Tony who's about to get an education, which is the reason — well, one of the reasons — the movie focuses on him.

With the Copacabana closed for renovations, Tony needs a job to support his wife, Dolores (a charming Linda Cardellini), and their kids. When he accepts an offer to drive Don on a concert tour, he's handed a copy of the Green Book, the guide to places African-Americans can safely eat and sleep south of the Mason-Dixon Line.

Much of what follows is fictionalized, but the Green Book was real. Don actually did have to bunk in blacks-only motels and rooming houses, while his driver and two white accompanists usually slept elsewhere. Lavatories and dining rooms were off limits to Don, even in venues where he performed.

Tony soon realizes he's as much bodyguard as chauffeur. He doesn't shy from trouble, some of it caused by his own recklessness. Yet Tony can be discreet and understanding, as he demonstrates after Don is arrested for being found in a compromising situation with another man. It's something Tony and Don don't discuss at length, and the filmmakers seem equally happy to drop the subject.

Green Book would be easier to like if its recreation of 1962 didn't involve conjuring racial inequities that still linger, and then offering such banal reassurances about them. But the movie does offer fine performances, has infectious fun with Rat-Pack-era showbiz, and occasionally even tweaks its own corniness.

While the epilogue builds to an utterly predictable resolution — as do many of the scenes — the filmmakers postpone the inevitable with a feint that suggests a farewell wink at the audience. Too bad they didn't recognize they were delving into history that's too ugly to be dispelled with chuckles and winks.