Accessibility links
American Reportedly Killed In Flurry Of Arrows As Tribe Defends Its Island Off India Indian media has identified the man as either an "adventure tourist" or a Christian missionary who landed on remote and restricted North Sentinel in the Andaman and Nicobar Islands. 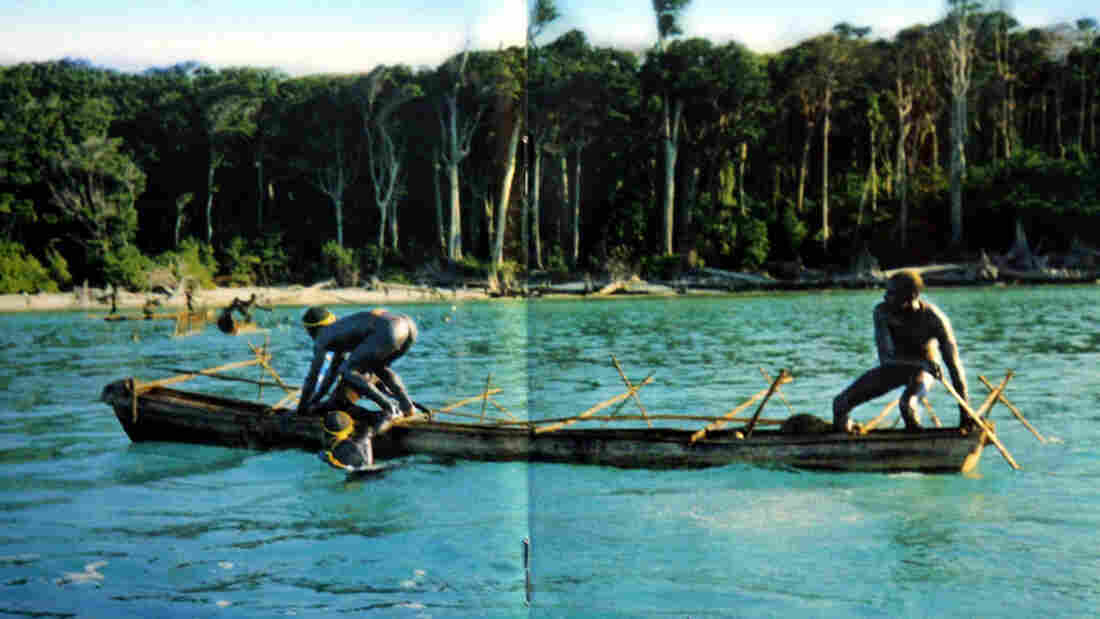 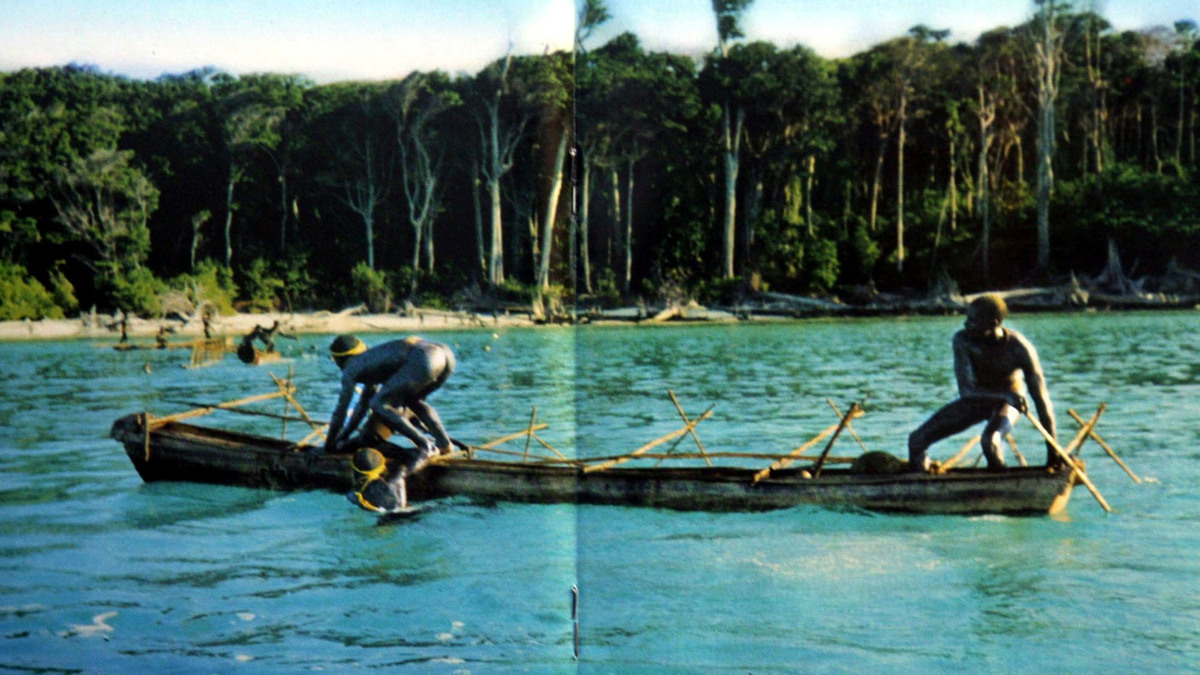 In this undated photo released by the Anthropological Survey of India, Sentinelese tribe men row their canoe near India's Andaman and Nicobar archipelago.

They are hunter-gatherers who live on a remote, forested island in the Indian Ocean. They do not use money. They resist contact with the outside world — and have been known to sling arrows at outsiders who approach their shores.

They are the Sentinelese, one of the last remaining groups to reject contact with the outside world.

And they may have killed an American traveler.

The man, described in local media as either an adventure tourist or a Christian missionary, was killed by tribesmen on North Sentinel Island, Indian police said Wednesday. As of nightfall, they were still trying to recover his body. A homicide case is pending.

Seven local fishermen have been arrested and accused of facilitating the man's trip, police said.

Officials did not release the identity of the man. However, the family of John Allen Chau published a post on his Instagram account announcing his death.

"Words cannot express the sadness we have experienced about this report," it says. The post describes Chau as "a Christian missionary" who "loved God, life, helping those in need, and had nothing but love for the Sentinelese people. We forgive those reportedly responsible for his death."

North Sentinel is part of the Andaman and Nicobar Islands, an Indian archipelago in the Bay of Bengal, hundreds of miles off mainland India's southeastern coast. The Indian government restricts tourist travel to some of the islands.

India's census says the Sentinelese are dying out. Their population has fallen from 117 about a century ago to 39 in the most recent tally, in 2001. They are protected by Indian law. Uploading video of them is illegal.

Survival International, which advocates for tribal groups' rights, urges outsiders to respect the wishes of the Sentinelese to not be contacted. "If not, the entire tribe could be wiped out by diseases to which they have no immunity," it says.

An aerial photo of North Sentinel, taken by the Indian Coast Guard before this incident, shows two tribesmen running toward the camera with what appear to be large bows.

A Christian missionary website called the Joshua Project lists the Sentinelese as "0.00% Christian" and urges followers to "Pray that the Indian Government will allow Christians to earn the trust of the Sentinelese people, and that they will be permitted to live among them."

The U.S. consulate in the Indian coastal city of Chennai said it was aware of reports concerning a missing American and that it was working with local authorities.

The man reportedly set off in a dinghy five days ago with the help of local fishermen, though his final approach to the island was made alone in a canoe, according to Andaman Sheekha, a newspaper based in the Andaman state capital. He was eager to make contact with Sentinelese tribesmen and had visited the archipelago five times in the past, the newspaper said.

As soon as he set foot on the beach, he faced a flurry of arrows, Agence France-Presse reported.

His body was reportedly spotted by fishermen a day after they last saw him alive.

This has happened before. In 2006, the Sentinelese killed two Indian fishermen when their boat broke loose and mistakenly drifted ashore.

This story was updated to add the name of the victim and to clarify the description of a photo of the tribesmen.