Accessibility links
From Get-Out-To-Vote To Text-Out-To-Vote: The Rise Of Peer-To-Peer Texting Peer-to-peer texting, also called P2P, is becoming a key component of most campaign toolboxes, and is slowly eclipsing other social media methods as a means to use technology to promote campaigns. 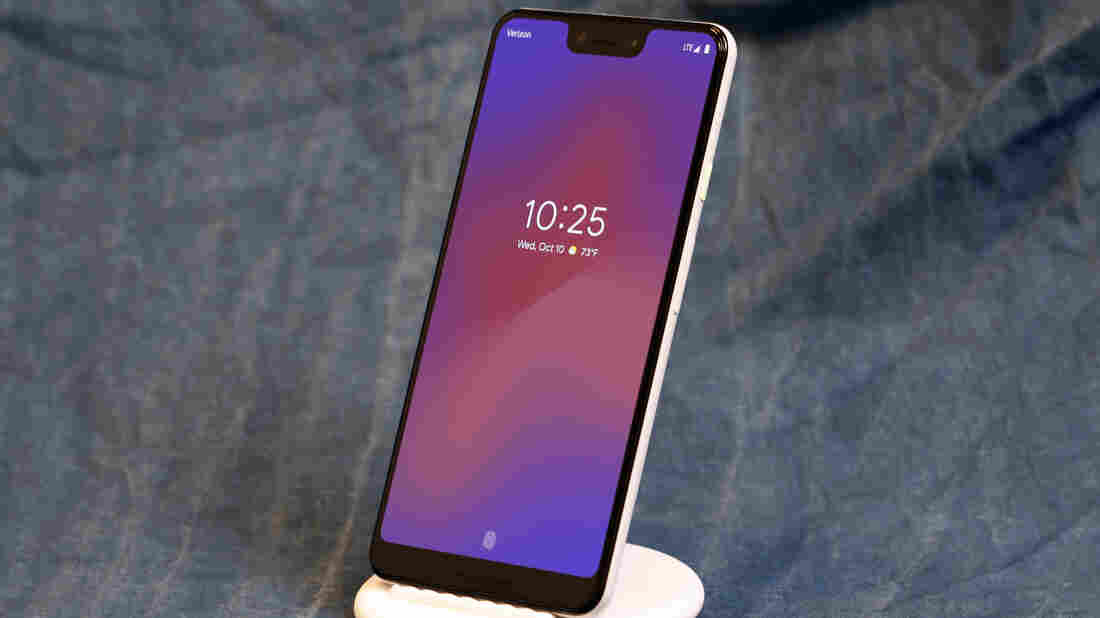 Unlike robotexts or calls, peer-to-peer campaign texts are personal messages that come from volunteers who initiate a conversation with potential voters or supporters. Richard Drew/AP hide caption 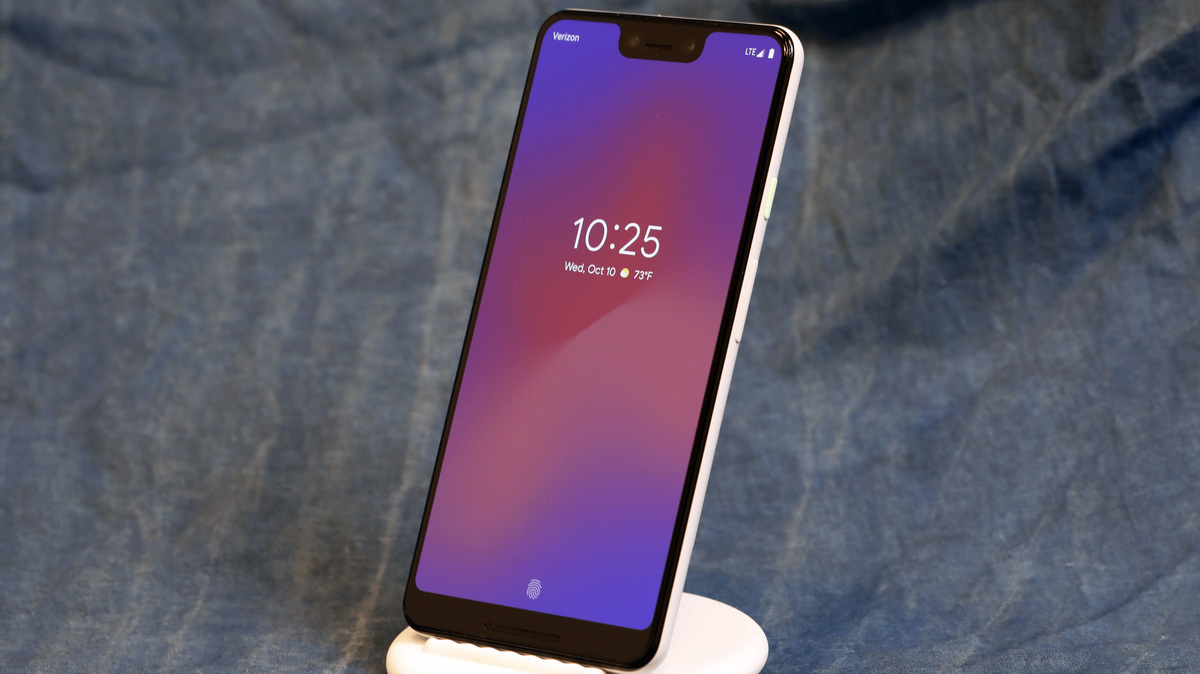 Unlike robotexts or calls, peer-to-peer campaign texts are personal messages that come from volunteers who initiate a conversation with potential voters or supporters.

Peer-to-peer texting emerged as a prominent digital tool used by both political parties during the midterm elections, and the success of this medium explains why you may have received so many campaign messages directly to your cellphone in 2018.

Unlike robotexts or calls, peer-to-peer texts are personal messages that come from volunteers who initiate a conversation with potential voters or supporters. Messages can range from asking people to vote on Election Day to providing polling location information.

Peer-to-peer texting, also called P2P, is becoming a key component of most campaign toolboxes, and is slowly eclipsing other social media methods as a means to use technology to promote campaigns. 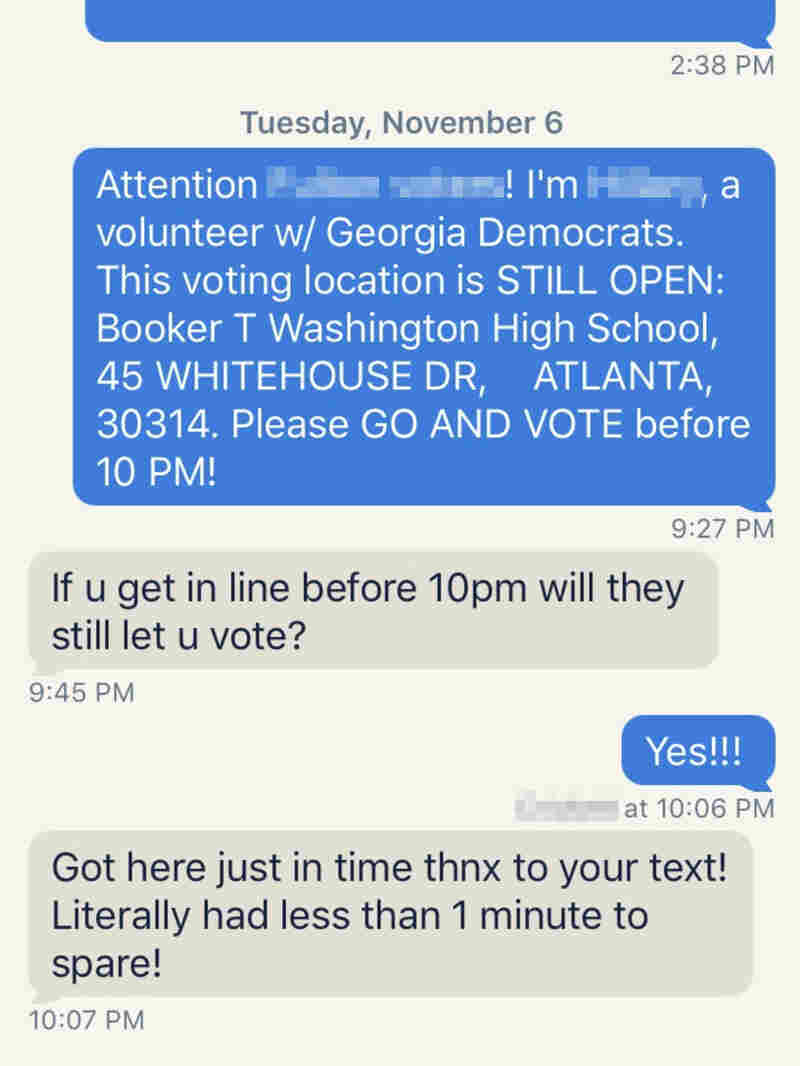 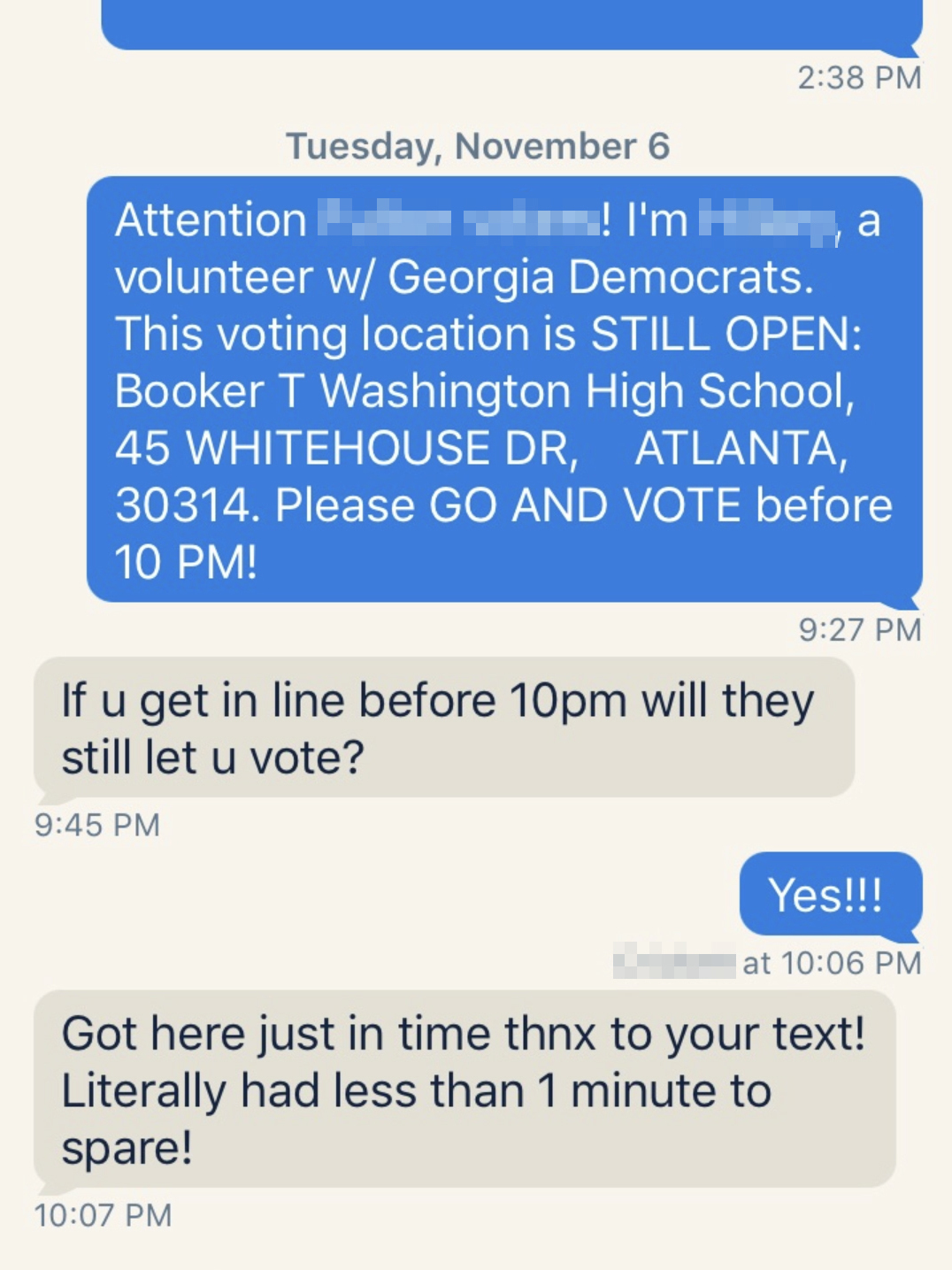 "Social media is important, but in terms of the digital efforts, its importance is rapidly giving way to other things like text," Aaron Fritschner, Jennifer Wexton's campaign communications director said.

Wexton, the newly-elected Democrat who will represent Virginia's 10th Congressional District, relied on P2P texts during her campaign.

Fritschner added he believes P2P messaging is a better voter engagement tool than social media because it focuses on the correct audience — voters.

The reach of P2P also enables campaigns to communicate with populations who do not own smartphones, said Roddy Lindsay, CEO of Hustle, a platform that invented P2P in 2014. This is especially true for rural Americans, who are less likely to use smartphones, according to a study conducted by the Pew Research Center.

"When you think about things like apps or digital ads, [non-smartphone users] are actually not able to see those ads," Lindsay said. "With just a normal feature phone you can still send and receive texts."

P2P is more time-efficient than door knocking, and it also helps with a variety of other components within a campaign: Fundraising efforts, volunteer sign-ups and RSVPs to campaign events can all be done through texts.

It is used by many non-political organizations, like nonprofits and corporations, but it started being utilized more regularly in politics during the 2016 election by candidates like Bernie Sanders and Hillary Clinton.

However, in the 2018 election cycle, Hustle saw a drastic increase in texts sent and received back and forth compared to 2016. 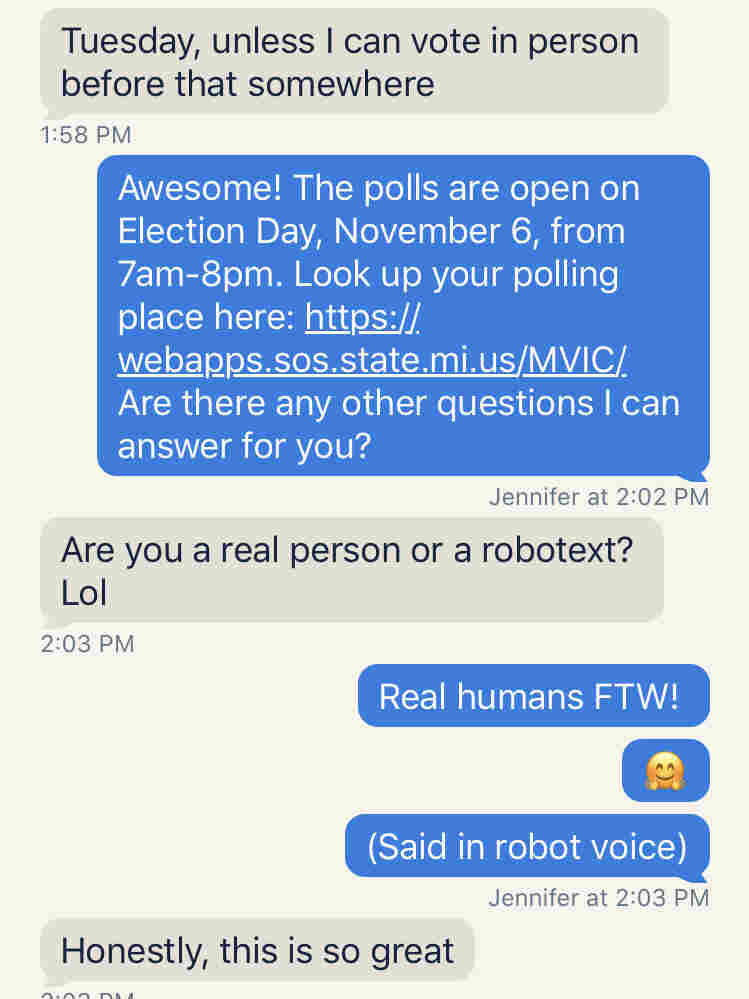 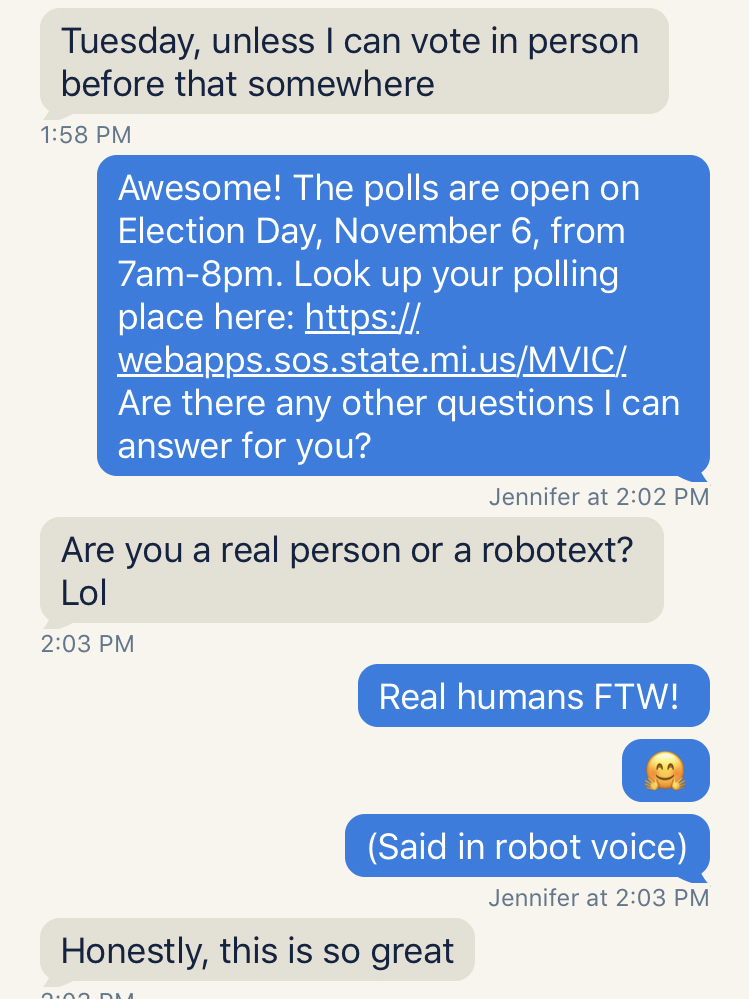 After the 2016 election, Hustle decided to exclusively work with Democratic campaigns and organizations. But peer-to-peer texting is also being used frequently by GOP campaigns. So much so that the Republican National Committee allocated an additional $3 million to peer-to-peer texts in the final two weeks leading up to the midterms. "Until this year it was really something that only Democrat candidates did. And this is the year that we helped Republicans catch up," said Thomas Peters, CEO of RumbleUp, another P2P platform used by the GOP.

During the 2018 cycle, RumbleUp worked with over 100 center-right clients and sent "tens of millions" of texts. Eighty percent of those messages were sent within the final three weeks leading up to the election earlier this month.

Peters said he believes P2P is so successful due to the rapid nature of text messages.

"Over 90 percent of text messages are opened in the first five minutes...no other channel can claim that kind of visibility," he said.

What Do Blue And Red America Have In Common? Craft Breweries — And More

Not only is peer-to-peer texting able directly to engage with the voters, but it is also more interactive and fun for the volunteers themselves, Peters explains. "You can do it from home, from your couch while watching Netflix, and you can... send 2,500 messages an hour."

Aside from get out the vote efforts, peer-to-peer texting was used in a variety of ways leading up to and on Election Day itself, from sending voters a final reminder to vote to informing them what kind of identification would be necessary at the polls.

One of RumbleUp's clients reached out to people displaced by Hurricane Michael via text to make sure they were OK, according to Peters. They were able to send links to different resources about relief efforts, but were also able to provide people with information about how they could still vote if the hurricane had affected their ability to do so.

On Election Day, Lindsay said that Hustle was able to provide real-time information to help address issues at polling stations.This was especially useful in Georgia where certain polling stations had some technical difficulties and consequently voting hours were extended to 10 p.m. He said the Stacey Abrams' campaign sent out last-minute texts to voters informing them about the locations of the polls that would remain open.

Despite the success, Peters acknowledges that an abundance of constant messages can get bothersome.

"I'm sure that at this point people are pretty darn sick of receiving unsolicited text messages," he said.

Peters said he sees regulators coming out with more clarity and guidelines for future elections.

One thing that is clear is that the popularity of the tool will continue to surge, both Lindsay and Peters agree. Which means more campaigns will be texting voters in in the 2019 primaries, and eventually in 2020.