Accessibility links
Oil Prices Hit A New Low. Here's Why That Might Be A Bad Thing Oil prices dropped below $60 a barrel on Black Friday, the lowest price in a year. While President Trump credits Saudi Arabia for what he says amounts to a "tax cut," the reality is more complicated. 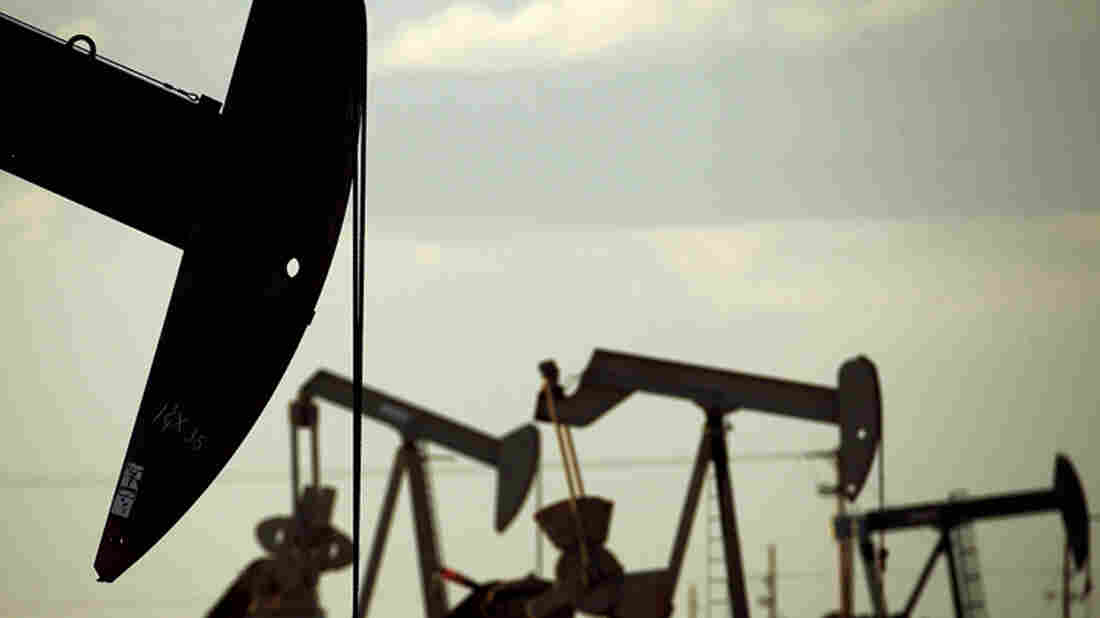 The recent drop in oil prices has raised concerns about the international economy, as well as domestic growth in the United States. Charlie Riedel/AP hide caption 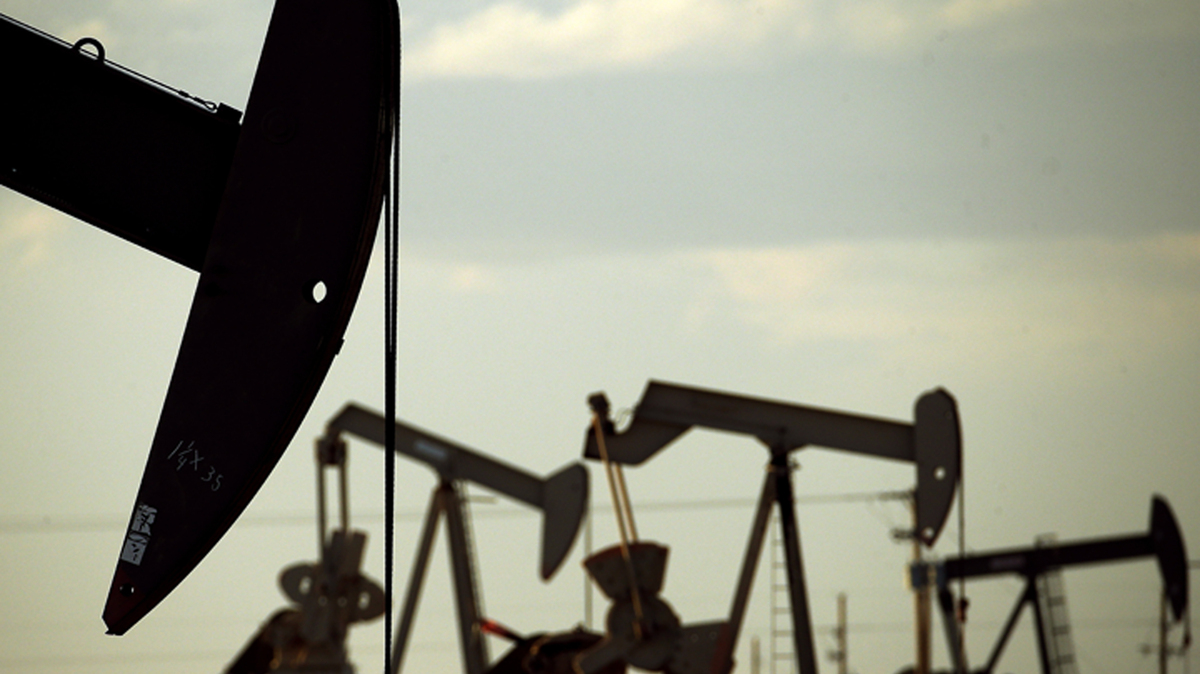 The recent drop in oil prices has raised concerns about the international economy, as well as domestic growth in the United States.

Oil prices continued to fall Friday, amid weaker global demand and increased output in the United States, to the lowest price this year. The cost of a barrel dropped below $60, a decrease of more than 20 percent from its peak last month.

President Trump has credited Saudi Arabia with the falling oil prices. "Thank you to Saudi Arabia, but let's go lower!" he wrote in a tweet on Tuesday. He called the drop "a big Tax Cut for America and the World."

But the drop in prices has raised concerns about the international economy, as well as domestic growth in the United States.

While high output in Saudi Arabia has contributed to a decrease in oil prices, experts cite a combination of factors feeding the decline, on both the supply and the demand sides. Record oil output in the United States and exemptions from U.S. sanctions on Iranian oil have pushed up supply. Meanwhile, waning economic growth, coupled with a strong U.S. dollar — which makes oil more expensive for other countries — could be contributing to a decrease in demand.

Falling oil prices mirror signs that global growth is fading, says Bloomberg senior editor Michael Regan. He points to a report out of Germany on Friday that showed that the country's economic growth has fallen to its weakest levels in four years. And the U.S. stock market just saw its worst Thanksgiving week since 2011.

"This drop in oil coincides with a pretty alarming decline in the stock market," Regan told Jeremy Hobson on NPR's Here & Now. "And that makes a lot of traders and analysts worry that the economy might be softening a bit, especially given all the uncertainty over trade tensions."

Meanwhile, prices have fallen at the pumps, from an average of over $2.80 last month to just under $2.60 on Friday. That means drivers of midsize cars are saving about $3 each time they fill up their tanks.

But as NPR's John Ydstie reports, falling oil prices could have negative effects in the longer term as a result of oil's increasingly large share in the U.S. economy. The U.S. has ramped up its oil production because of high demand, becoming the largest global crude oil producer earlier this year, according to the U.S. Energy Information Administration.

"Because the U.S. has become such a large producer of oil, because of the fracking boom and other innovations in drilling ... it's not such an easy thing to say that a drop in oil prices is unambiguously good for the U.S. economy," said Regan.

Oil Up, Oil Down

The drop in prices has raised tensions ahead of an OPEC meeting in December, where cartel members including Saudi Arabia may choose to cut back production and drive prices back up.

Meanwhile, experts caution that the drop could be an ordinary feature of oil's typical boom-and-bust cycle, in which each adjustment by the global economy precipitates the next phase.

"One of the things about the oil market is that right from the very beginning, right from the very first well drilled in 1859, it has always been characterized by this big cycle of boom and bust," John Kemp, senior analyst at Reuters, told NPR's Planet Money earlier this year.

"The market always overshoots on the upside and the downside," he said.

A previous homepage summary of this story incorrectly stated that oil prices dropped below $60 a gallon on Black Friday. The correct volume is below $60 a barrel.