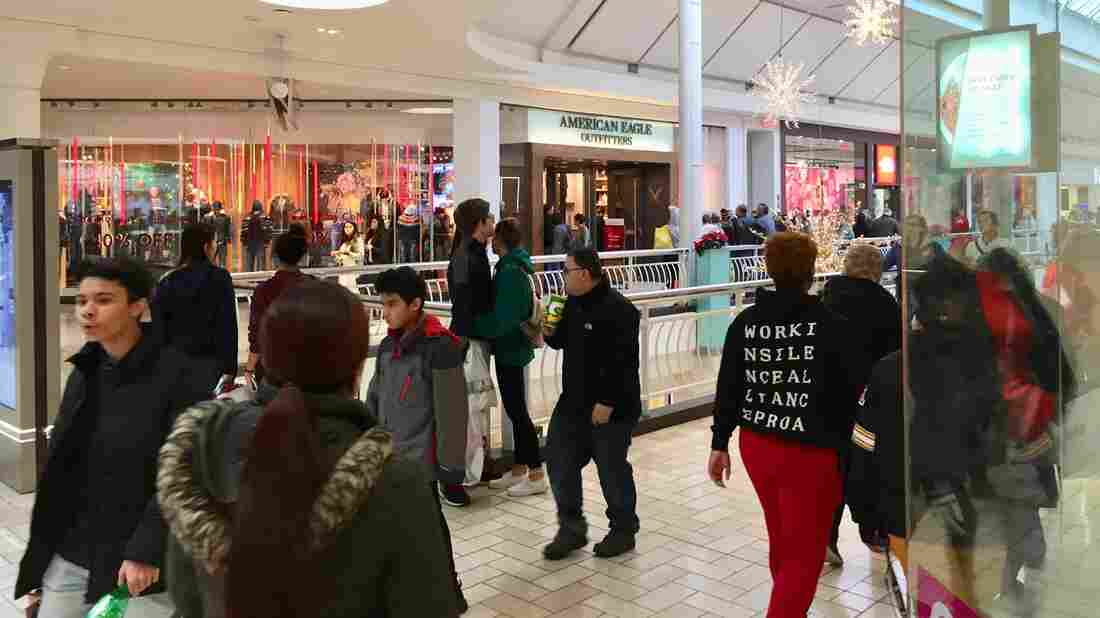 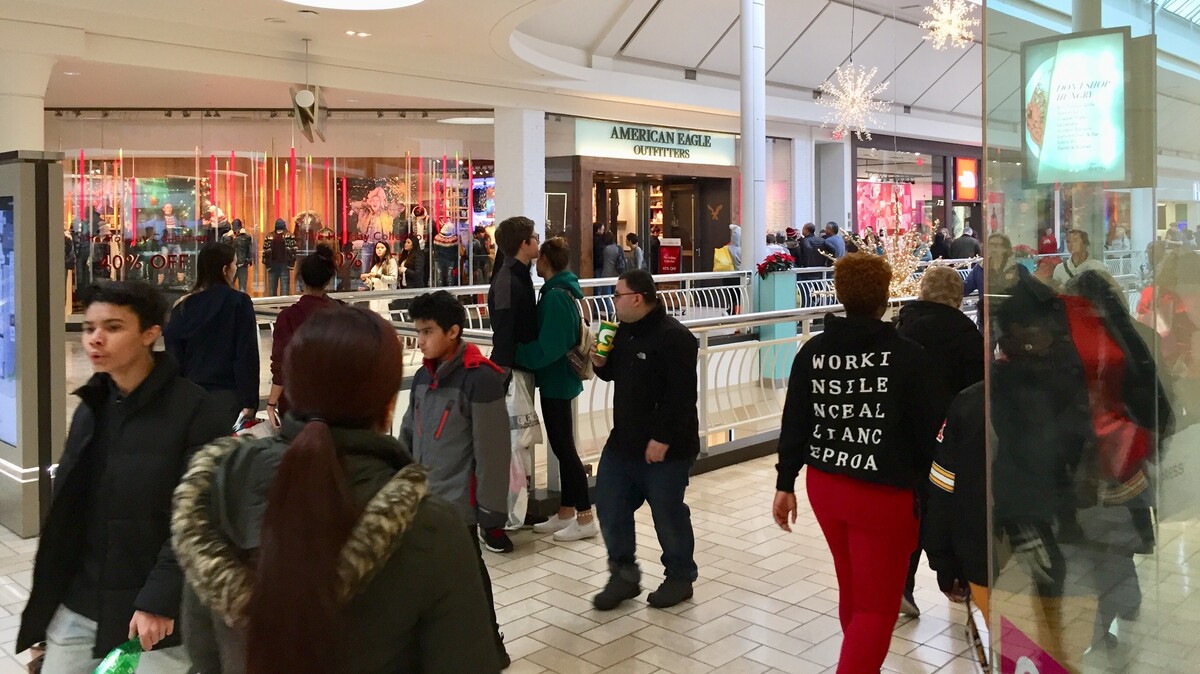 Retailers opened their doors Friday morning — or simply left them open since Thursday night — for a busy Black Friday shopping day both in stores and online.

More than 164 million Americans are expected to shop over the five days from Thanksgiving through Cyber Monday, according to predictions from the National Retail Federation, the same number of people retailers expected last year.

But, according to predictions by Adobe, online consumer spending during the holiday season of November and December is expected to be up 14.8 percent from last year, reaching $124.1 billion.

As of 10 a.m. ET, Adobe said Friday's online spending was up 27.8 percent over last year and is expected to total $6.4 billion by the day's end. Online shoppers spent $3.7 billion on Thanksgiving day, the company said, up 28 percent from last year.

The company says offline spending will grow as well, but only by 2.7 percent. Traditional brick-and-mortar store purchases will still account for about 83 percent of retail holiday spending, according to Adobe.

Mastercard's SpendingPulse report predicted total Black Friday sales to reach $23 billion this year, up from last year's $21 billion, according to The Associated Press.

The scene Friday morning at one northern Virginia mall was packed — though definitely not mobbed. Young people and families casually strolled through the three levels at Tysons Corner Center.

More often than not, people walked in groups — couples of all ages, teenagers in packs and children with their parents.

The National Retail Federation, which represents the industry, highlighted the social aspect of shopping for young people. "Compared to older generations, younger consumers under the age of 35 are more likely to be attracted by the social aspects of shopping over the weekend or by the fact that it is a family tradition," Phil Rist of Prosper Insights & Analytics said in an NRF release.

Eileen Ju, of Virginia Beach, Va., was with her sister Christine Ju and Christine's daughter.

"Sometimes you just have to try things on and part of it is the fun of coming out on Black Friday," Eileen said. "We did that too, though," Christine added.

They do look for the "doorbuster" sales on specific items. But "sometimes you just end up buying what you didn't think you're going to buy," Eileen said. "But mainly a lot of it's just walking around as a family. You have the time off and we just enjoy coming in and seeing what there is and feeling the energy of Christmas."

That sentiment — of enjoying the crowds — was echoed by other shoppers in Virginia.

"It's just fun to be at the mall on Black Friday," said Amy Stalknecht of Alexandria. "A lot of people. The vibe is always good and I'm a sucker for the holidays."

Darwin Durr of Washington, D.C., said he had to get some dress clothes for a special event Saturday and he wanted to take advantage of the deals. But, he added, he felt good about being out and about.

"The spirit. I feel like during these times the spirit of everyone is tremendously high," he said. "The country seems down a lot. But times like today it's very high. So, it's a great day, man."