Accessibility links
Former Michigan State President Arraigned On Charges Tied To Larry Nassar Scandal Lou Anna Simon has been charged with lying to police. The charges are part of an investigation related to Nassar, the Olympics doctor who abused hundreds of women and girls. 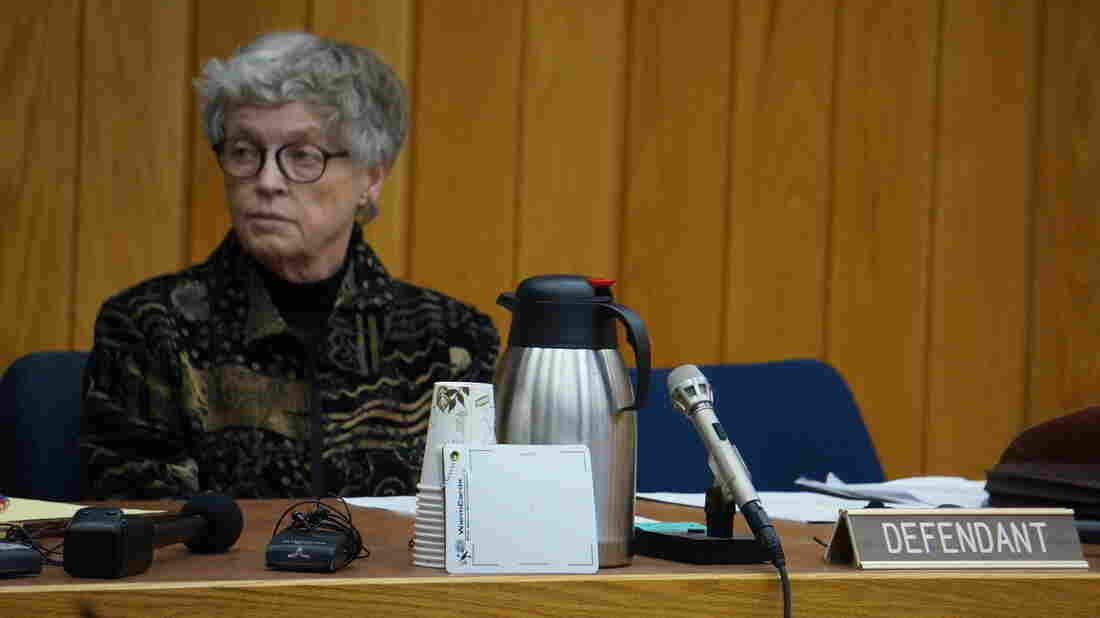 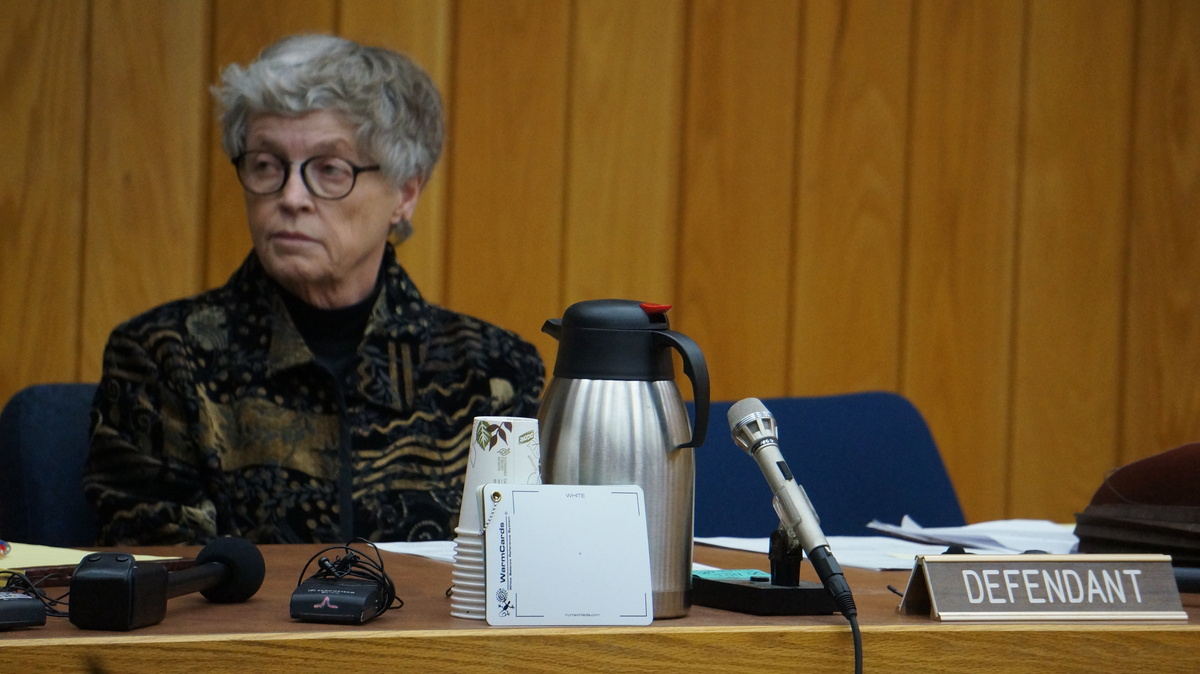 The former president of Michigan State University was arraigned Monday on felony and misdemeanor charges surrounding her involvement with the school's handling of serial sexual predator, Larry Nassar. Attorneys for Lou Anna K. Simon say she pleaded not guilty, and plans to fight the charges. Officials say Simon lied to or mislead law enforcement officers about her knowledge of details about a Title IX investigation by the school into Nassar.

Nassar is the former Michigan State University sports doctor who sexually assaulted his patients for decades, many of them young girls. Nassar is currently serving a de facto life sentence in prison.

Simon was president of Michigan State from 2005 until January of 2018. She stepped down amidst mounting criticism over how the university handled Nassar.

After the proceedings, Simon was sent to the county jail to be fingerprinted. Her attorney, Lee Silver said, "Dr. Simon is about as far from a criminal as anybody that I could think of and it's ridiculous that she is being treated like a common criminal."

For years, Simon has said she didn't know about any reports against Nassar until 2016, the year the IndyStar published an investigation into USA Gymnastics's handling of sexual abuse complaints, and Rachael Denhollander, one of the first survivors to publicly come forward against Nassar, filed a complaint with Michigan State University Police accusing Nassar of sexual assault when she was a teenager.

According to court documents, Simon met with law enforcement officials in May during their ongoing investigation into who knew what and when at Michigan State about Nassar. Simon told investigators that she was aware there was a "sports medicine doc" who was the subject of a review in 2014, but she didn't know the doctor or what the complaint was about until 2016.

Officials say they have written documents to show that Simon knew Nassar was the subject of a sexual assault complaint. 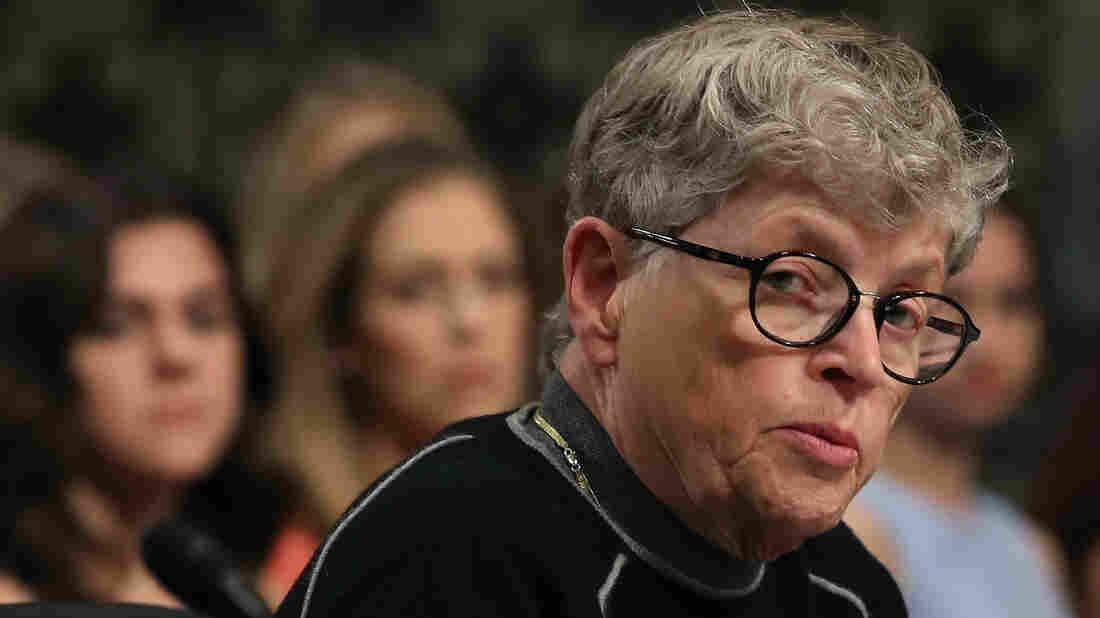 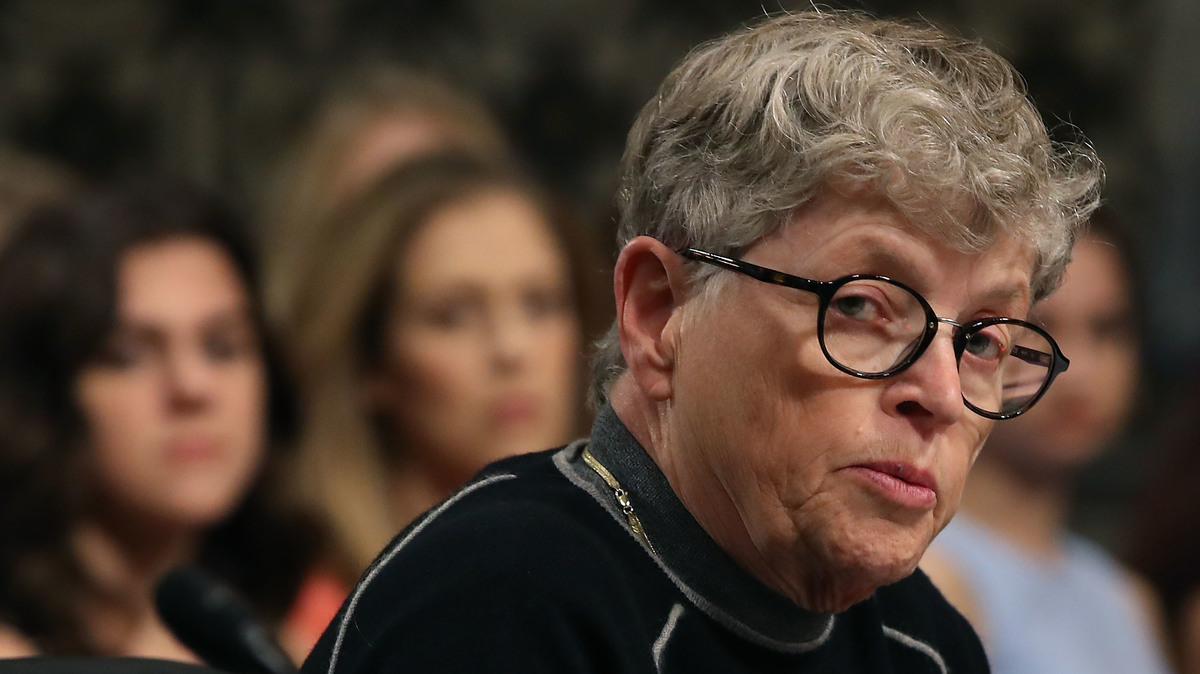 When asked about the evidence mentioned in court documents, Simon's attorney Mayer Morganroth said, "Look we're not going to get into the evidence because the evidence is false, ridiculous and would even be stupid for any of you to even consider it. You'll find out."

The former Michigan State University president is the third person charged during the state Attorney General's Office's investigation into the university's handling of Nassar. Former dean of osteopathic medicine, and Nassar's former boss, William Strampel is awaiting trial on various charges for failing to properly oversee Nassar and using his position as a dean to try and get sexual favors from students.

A former Michigan State coach also faces a criminal trial for allegedly lying to law enforcement. Two women testified during a court proceeding in September that when they were teens they told Kathie Klages that Nassar digitally penetrated them during treatment. But Klages told law enforcement – while it was conducting an investigation – that she didn't recall those conversations.