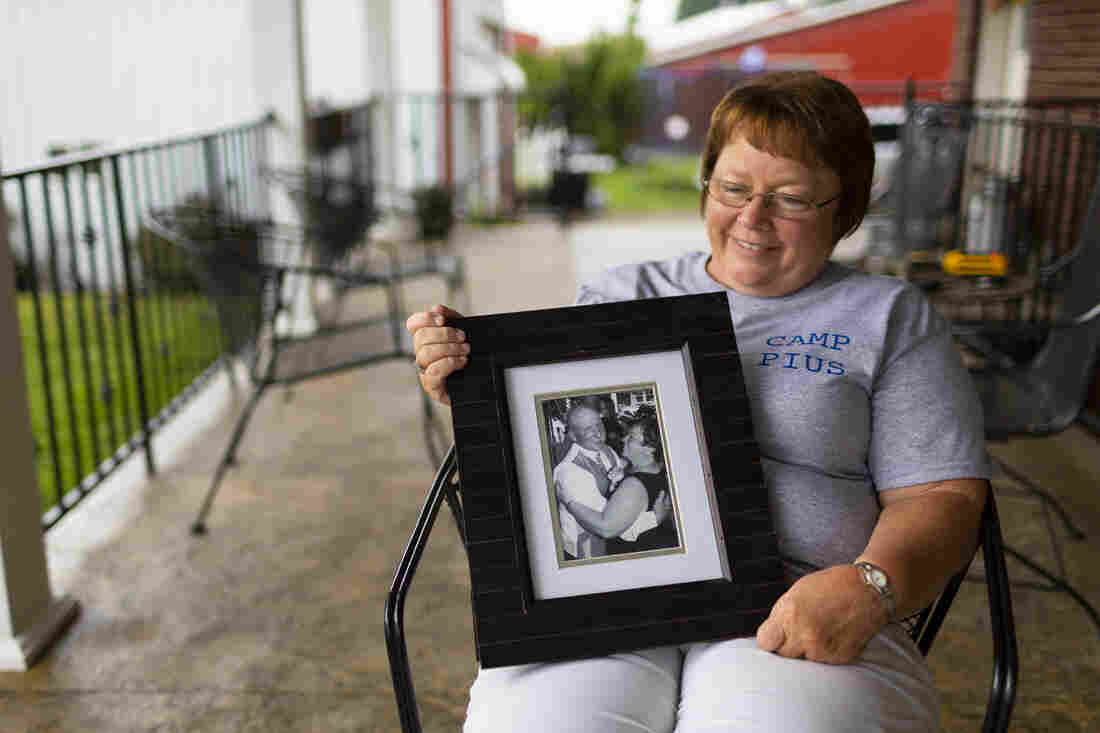 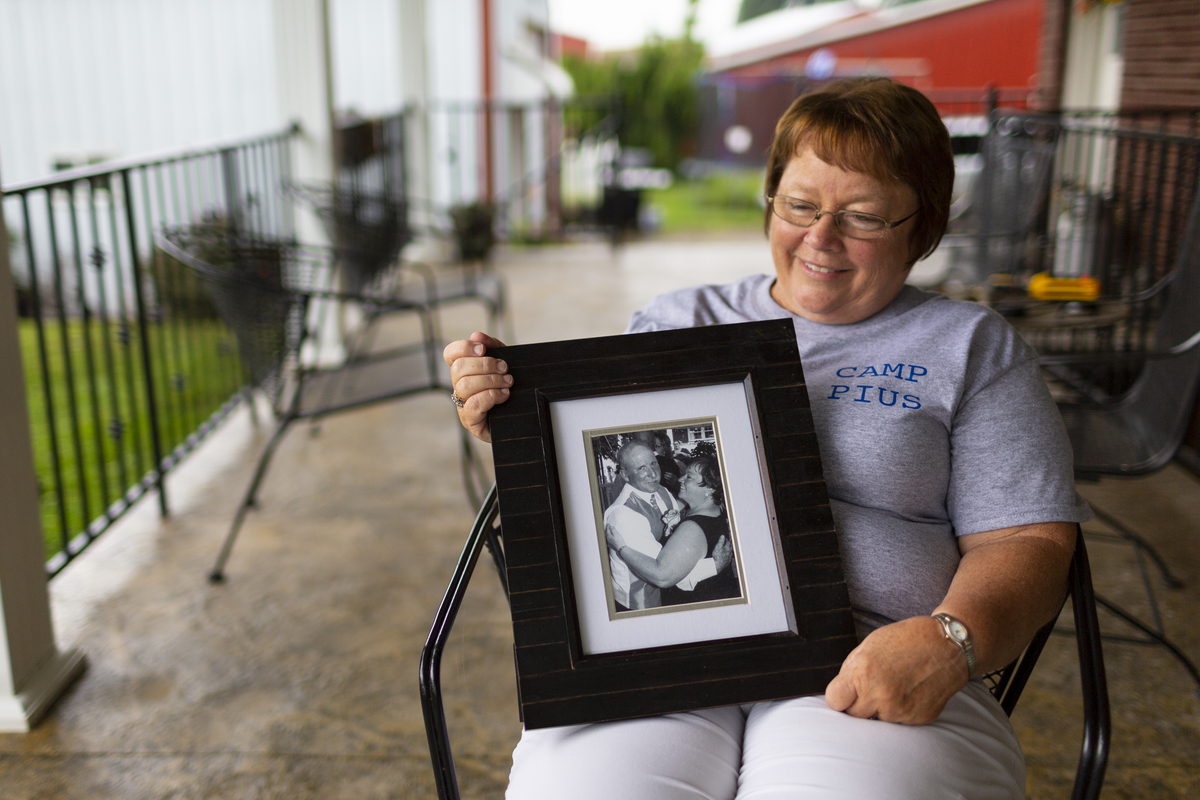 Lisa Hobbs holds a picture of her husband, Gene "Pius" Hobbs. Hobbs was raking gravel with the Meade County public works crew when a dump truck backed over and killed him.

On what would have been her 43rd wedding anniversary, Lisa Hobbs stood in the front yard of Camp Pius, the farm handed down through her husband's family for generations. She watched as the very same dump truck that killed her husband rolled down her country lane.

In December 2016, Pius "Gene" Hobbs was raking gravel with the Meade County public works crew when a dump truck backed over him. The driver then accelerated forward, hitting him a second time. Hobbs was crushed to death.

The sole eyewitness to the incident said that the dump truck's backup beeper wasn't audible at the noisy worksite. The Kentucky State Police trooper on the scene concurred. Hobbs might not have been able to hear the truck coming.

But when Kentucky Occupational Safety and Health arrived, hours later, the inspector tested the beeper on a quiet street and said it wasn't a problem.

More than a year later, Lisa Hobbs worried that the same truck could be endangering others, just like her husband. When she saw it reverse down her street, she listened to hear if anything had changed.

"These shortcomings are very concerning," says Jordan Barab, a workplace safety expert who served as Deputy Assistant Secretary of Labor for Occupational Safety and Health under President Barack Obama. "Identifying the causes of these incidents is ... vitally important." Otherwise, the employer doesn't know how to avoid the next incident, he says.

Gene Hobbs' case is not the exception. In fact, it's the norm, according to a recent federal audit.

Kentucky is what's known as a "state plan," meaning the federal Occupational Safety and Health Administration has authorized it to run its own worker safety program.

Every year, federal OSHA conducts an audit of all 28 state plans to ensure they are "at least as effective" as the federal agency at identifying and preventing workplace hazards.

According to this year's audit of Kentucky, which covered fiscal year 2017, KY OSH is not meeting that standard. In fact, federal OSHA identified more shortcomings in Kentucky's program than any other state.

In a statement, the federal Department of Labor said it is working with Kentucky on a corrective action plan. Barab says the feds have the authority to take over state-run programs that don't meet federal standards.

"Having a state program is a privilege, not a right of the states," says Barab. "Certainly, it requires the states to address rapidly and seriously any problems that are identified by federal OSHA." 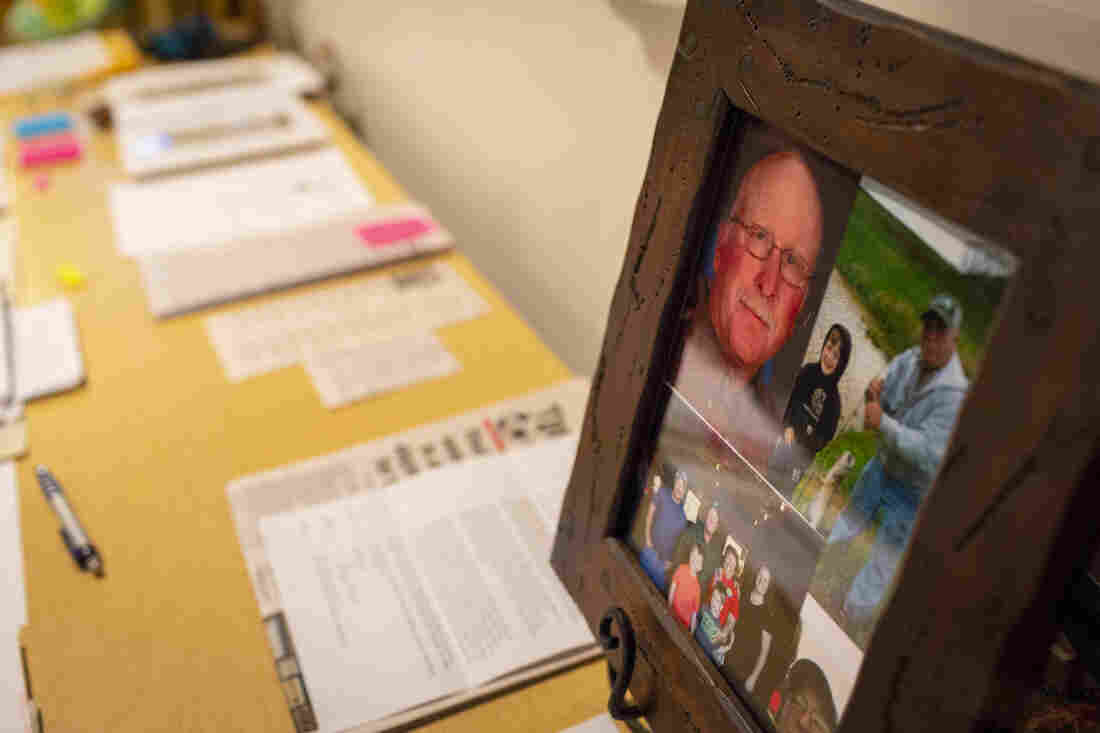 Lisa Hobbs's table is covered with documents and articles relating to her husband and his death. Gene Hobbs was run over by a coworker on a construction site in December 2016. Michelle Hanks/Louisville Public Media hide caption 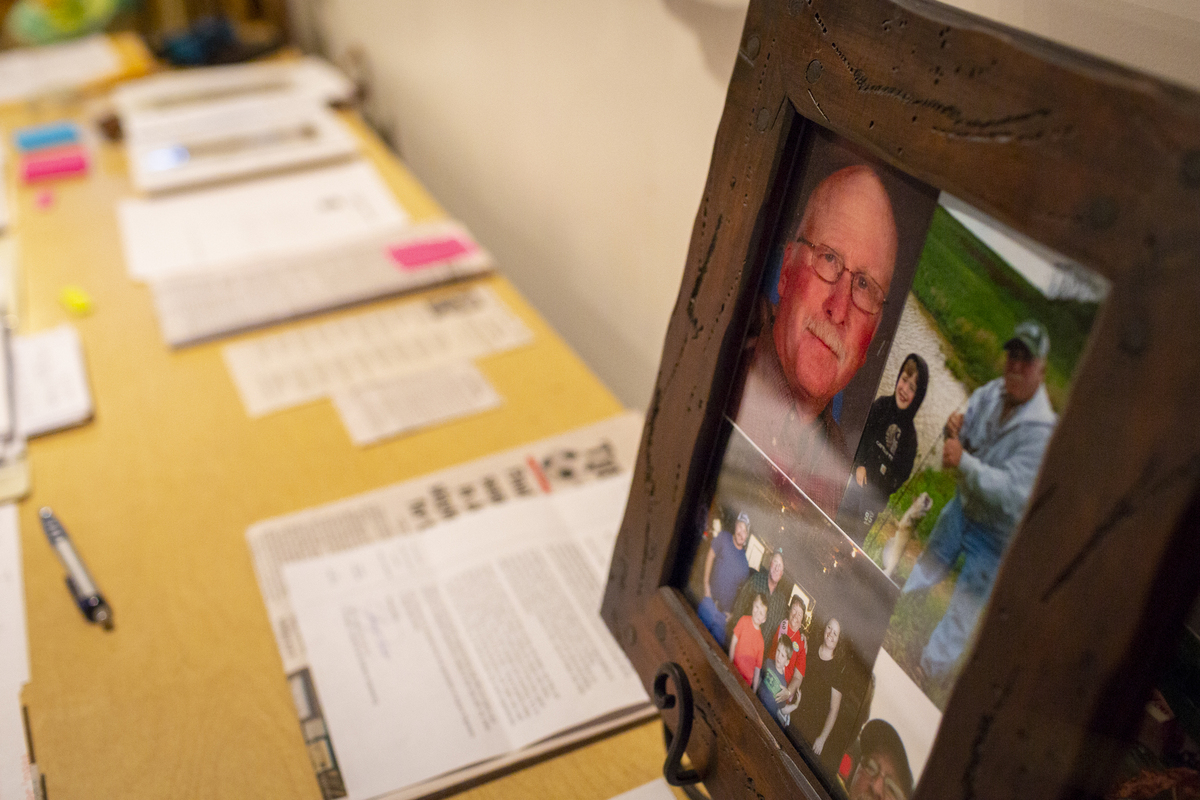 Lisa Hobbs's table is covered with documents and articles relating to her husband and his death. Gene Hobbs was run over by a coworker on a construction site in December 2016.

But an opt-in, voluntary education program may not be enough to prevent injuries, illnesses and deaths on the job over time, according to experts.

"Without a really strong enforcement unit ... these voluntary compliance assistance programs are not going to be able to do the job," says Laura Stock, the director of the Labor Occupational Health Program at the University of California, Berkeley.

She says what's happening in Kentucky reflects a national trend.

When Gene Hobbs was run over by a dump truck in 2016, Kentucky issued no violations or fines to his employer. A KY OSH supervisor wrote in an email that Hobbs walked behind "an apparently completely compliant dump truck, back up alarms working." The supervisor added that Hobbs just "zigged when he should have zagged."

His widow, Lisa, got a copy of that email through an open records request.

Federal OSHA agreed. After she filed a complaint about the state's handling of her husband's death, the feds reinvestigated. In a report, the agency concluded that the worker safety inspector failed to interview the eyewitness, missed possible worker safety violations and hadn't done enough to test the dump truck's backup beeper.

Lisa Hobbs says she felt vindicated, but it raised many questions for her about how the state could come up so short.

KY OSH investigated 44 deaths in a two year period. According to the federal audit, there were serious shortcomings in a vast majority of those investigations.