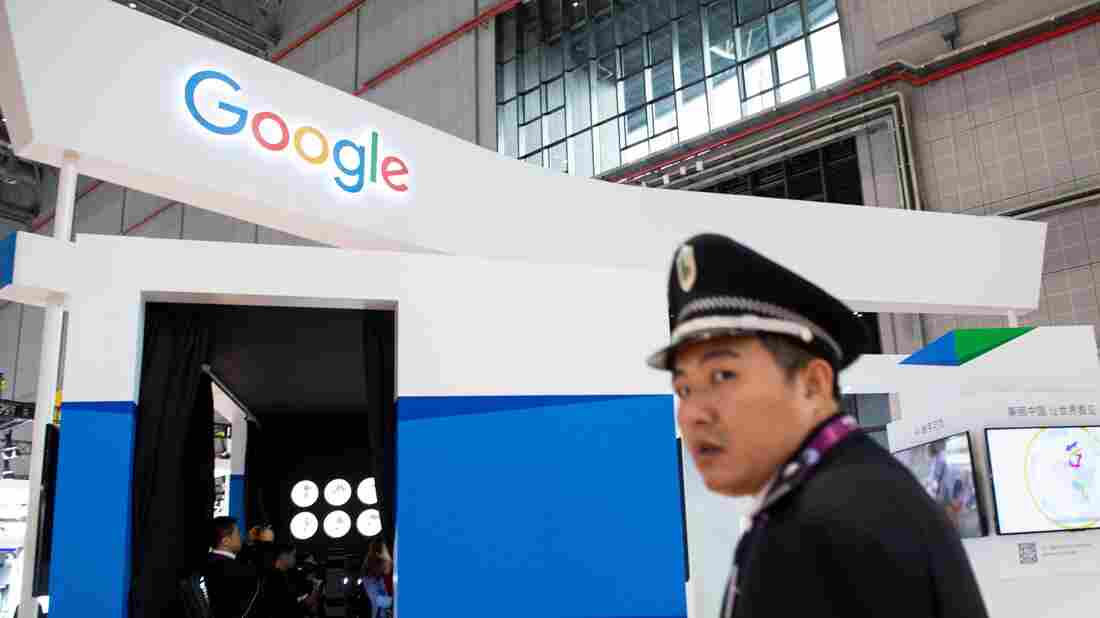 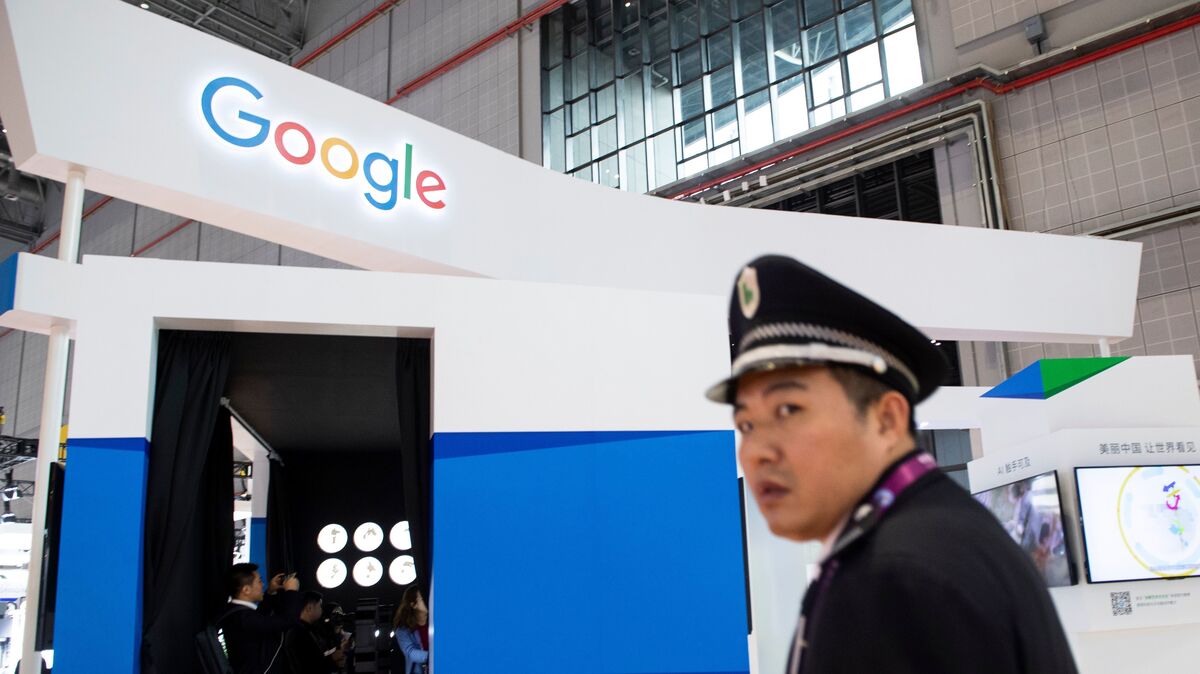 A security guard stands in front of Google's booth at the China International Import Expo earlier this month in Shanghai.

Several Google employees have gone public with their opposition to the tech giant's plans for building a search engine tailored to China's censorship demands.

The project, code-named Dragonfly, would block certain websites and search terms determined by the Chinese government — a move that, according to a growing number of workers at Google, is tantamount to enabling "state surveillance."

"We are among thousands of employees who have raised our voices for months. International human rights organizations and investigative reporters have also sounded the alarm, emphasizing serious human rights concerns and repeatedly calling on Google to cancel the project," said the letter's signatories, whose group initially numbered nine employees but has ballooned since its publication on Medium.

"So far," they added, "our leadership's response has been unsatisfactory."

In a draft shared with NPR before its publication, the employees at first claimed that the company's leadership had offered "no satisfactory answers" at all.

Reached by NPR on Tuesday, Google declined to comment on the letter, pointing instead to a previous statement about the project.

"We've been investing for many years to help Chinese users, from developing Android, through mobile apps such as Google Translate and Files Go, and our developer tools," a spokesperson said. "But our work on search has been exploratory, and we are not close to launching a search product in China."

News of the program first surfaced in the website The Intercept, which reported in August that the customized search engine would "blacklist websites and search terms about human rights, democracy, religion, and peaceful protest."

As NPR's Jasmine Garsd explained, those terms would likely include such words as "repression," "Nobel Prize" and "Tiananmen Square," the Beijing landmark where Chinese authorities brutally subdued mass protests nearly three decades ago.

"And this is really important," she told NPR's Morning Edition: "The search platform would also reportedly make Chinese users' search records accessible to the government."

Other news outlets, such as The New York Times, backed up the Intercept's reporting, noting Google's desire to tap the huge Chinese market — though adding that work on the project does not necessarily mean its release is imminent.

Google once ran a similarly censored version of its search engine in China, but it officially pulled out of the country in 2010 after friction with Beijing and significant backlash in the U.S.

The employees are not alone in expressing their dismay at reports of the new project's development. In fact, they released their letter the same day that Amnesty International launched a protest of its own. The human rights organization announced it would be reaching out to Google staff to add their names to a petition calling on CEO Sundar Pichai to kill the project before it can even get off the ground.

"This is a watershed moment for Google," Joe Westby, Amnesty's researcher on technology and human rights, said in a statement Tuesday. "As the world's number one search engine, it should be fighting for an internet where information is freely accessible to everyone, not backing the Chinese government's dystopian alternative."

This is also not the first time Google's leadership has gotten pushback from within its own ranks over company policies. The tech giant decided not to renew a contract with the Pentagon after employees revolted over a controversial project involving artificial intelligence for drone footage analysis.

"Many of us accepted employment at Google with the company's values in mind, including its previous position on Chinese censorship and surveillance, and an understanding that Google was a company willing to place its values above its profits," the employees said in their letter Tuesday.

"After a year of disappointments including Project Maven, Dragonfly, and Google's support for abusers, we no longer believe this is the case," they wrote. "This is why we're taking a stand."