Sharon Van Etten's "Jupiter 4" meditates on a love so real that it echoes throughout your psyche, but accompanied by whirring synths and haunting drones, the song has a dark undercurrent of unquenchable thirst. Van Etten and producer John Congleton first used the track, named for the Roland synth used by the likes of Duran Duran and The Human League, to set a sonic palette for Remind Me Tomorrow, Van Etten's new album out Jan. 18. 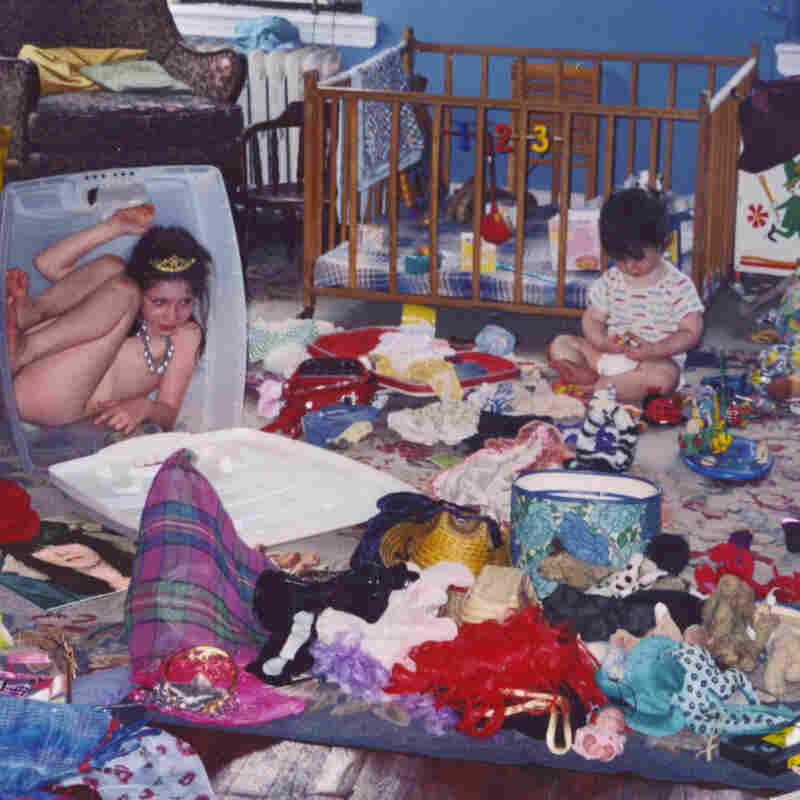 The song's video, directed by Katherine Dieckmann — who made music videos for artists like R.E.M. and Kristin Hersh in the 1990s, and has since directed films like Motherhood and Strange Weather, which Van Etten scored -- takes "Jupiter 4" into the depths of its shadowy atmosphere by using the prompt "apocalyptic mom," Dieckmann writes for Talkhouse:

By lying down, closing your eyes, and starting to conjure. I tried to let the song tell me things. It was definitely nocturnal – Sharon and I had a shorthand for the space you get into with small kids, one she was busily living, and which I remembered all too well: "Apocalyptic mom," and her close cousin, "Insomnia mom." Even the title of Sharon's record, Remind Me Tomorrow, seemed like "insomnia mom" talk to me. She decided to use as her album cover a photo of my kids in our living room, taken during my own early maternal days, an explosion of hot pink and scattered toys and general mayhem, which is exactly how my brain felt back then.

For "Jupiter 4," I envisioned a more poetic and mythic incarnation of Sharon and her visual environment: inky shadows and silhouettes, ritualistic gestures, reflective sources of moving light, objects set on fire and turning in circles. Earth, water, meadow, swamp, blooms, natural lushness. The power of the nocturnal ramble, the open-ended pursuit, blurred consciousness, edges moving in and out of focus. I collected ideas for things I wanted to shoot, magpie-style, but never once considered storyboarding. The videos I used to make tended to be too literal. I no longer had any interest in being literal.

Remind Me Tomorrow comes out Jan. 18 via Jagjaguwar Records.