Accessibility links
Trump Administration Threatens To Withhold Subsidies From GM Angered by General Motors' decision to idle plants and lay off thousands of workers, the Trump administration threatened to retaliate by withholding federal subsidies for the company's cars. 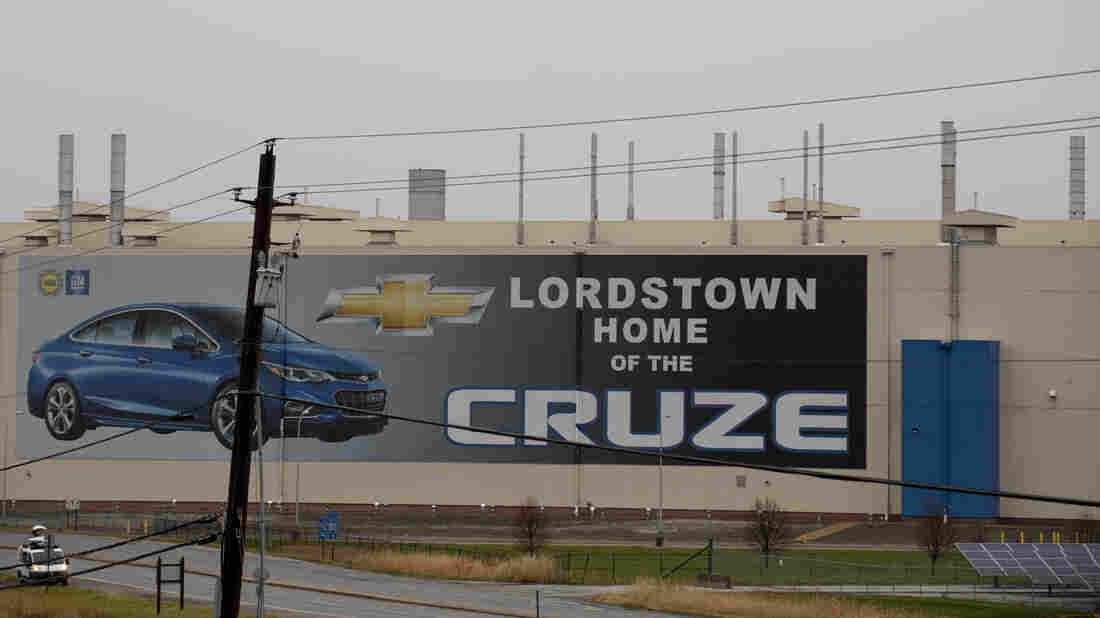 GM's Lordstown, Ohio, plant is one of five in North America that the company plans to shut down. The Trump administration threatened to retaliate by withholding federal subsidies for the company's cars. Jeff Swensen/Getty Images hide caption 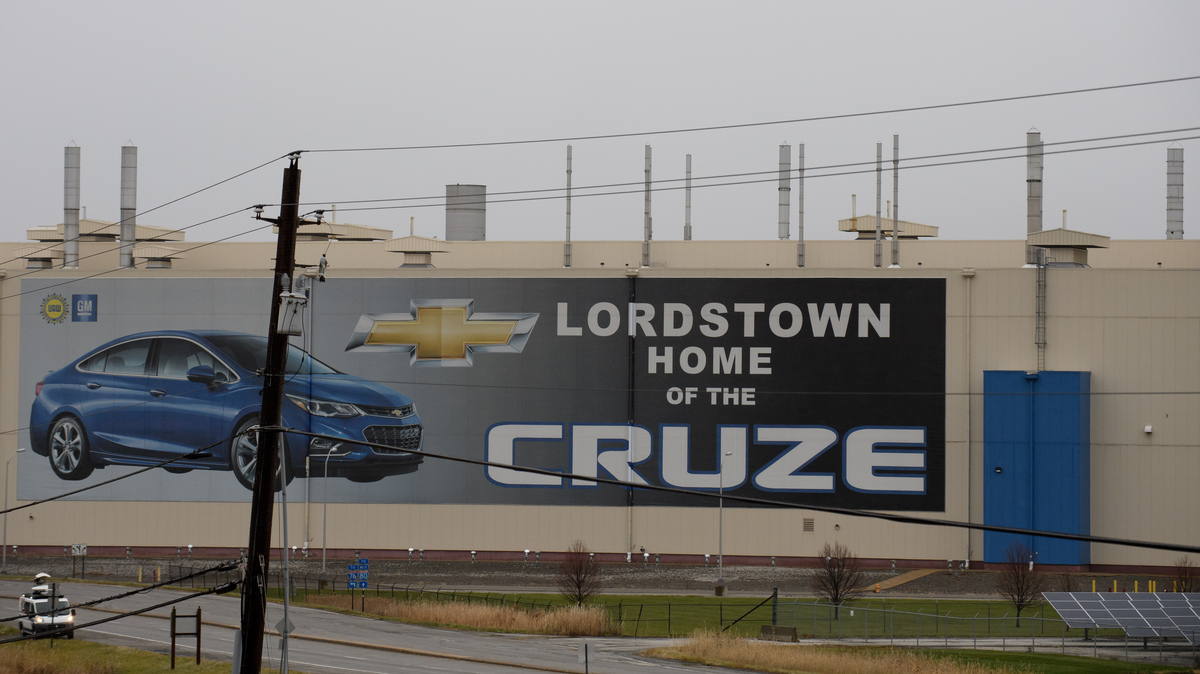 GM's Lordstown, Ohio, plant is one of five in North America that the company plans to shut down. The Trump administration threatened to retaliate by withholding federal subsidies for the company's cars.

President Trump threatened to cut subsidies for General Motors, in retaliation for the carmaker's decision to idle five North American auto plants and lay off some 14,000 workers.

Very disappointed with General Motors and their CEO, Mary Barra, for closing plants in Ohio, Michigan and Maryland. Nothing being closed in Mexico & China. The U.S. saved General Motors, and this is the THANKS we get! We are now looking at cutting all @GM subsidies, including....

"The U.S. saved General Motors, and this is the THANKS we get!" Trump tweeted on Tuesday, referring to the federal government's rescue of GM and Chrysler-Fiat during the depths of the recession nearly a decade ago.

"It seems like GM would prefer to build its electric cars in China rather than the United States." Kudlow said. "We are going to be looking at certain subsidies regarding electric cars and others, whether they should apply or not."

The federal government currently offers tax credits of up to $7,500 as an incentive for people who buy electric cars made by any automaker.

It was not immediately clear whether the president has the authority to halt payments to customers who purchase GM models.

Kristin Dziczek of the Center for Automotive Research in Michigan argued it would be shortsighted for the federal government to target GM's electric cars for punishment, since those are expected to play a growing role in the industry's future.

GM cited limited demand for its plug-in hybrid model, the Chevrolet Volt, as a factor in its decision to idle plants. The company is also halting production or sale of other models, including the compact Chevrolet Cruze, the full-size Chevy Impala and certain Cadillacs.

Trump echoed that sentiment, tweeting, "General Motors made a big China bet years ago when they built plants there (and in Mexico) — don't think that bet is going to pay off. I am here to protect America's Workers!"

Kudlow argued the problems at GM are limited to the auto sector and not a reflection on the broader health of the economy.

He also defended the president's aggressive trade policies. GM complains that Trump's tariffs on steel and aluminum have cut into the company's profits this year.

This weekend, Trump will meet with Chinese President Xi Jinping on the sidelines of the G-20 summit in Argentina. The president has threatened to impose additional tariffs on Chinese imports, but Kudlow held out hope the two leaders could reach an agreement to reduce trade barriers.

"There's a good possibility that a deal can be made," Kudlow said, adding that Trump "is open to that."