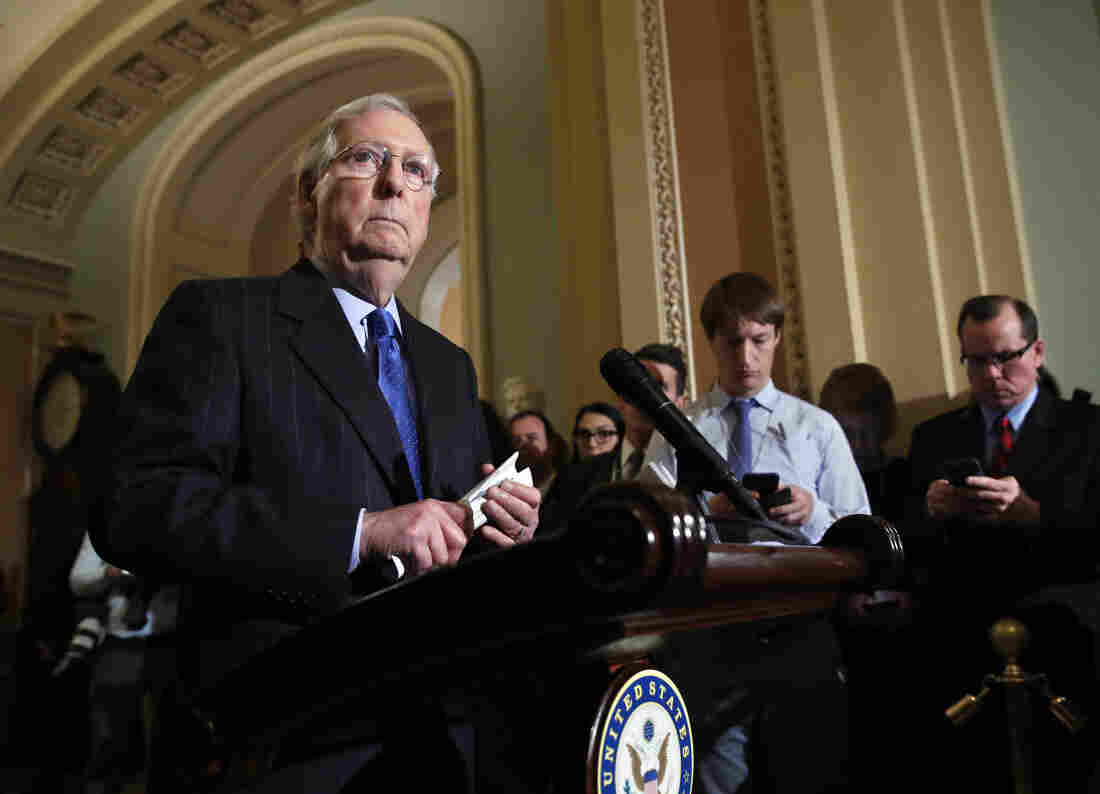 Senate Majority Leader Mitch McConnell told reporters that the Senate was considering a response to the killing of Saudi journalist Jamal Khashoggi but declined to outline the options. Jacquelyn Martin/AP hide caption 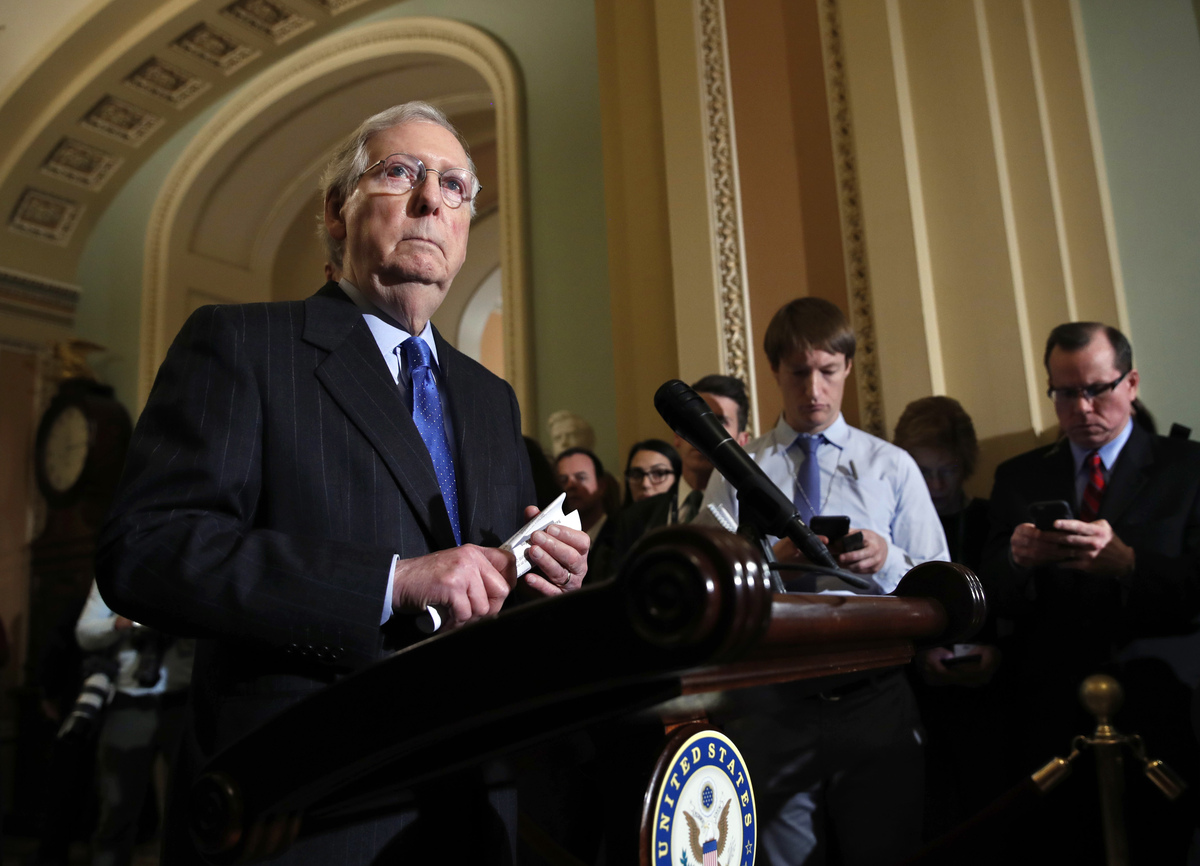 Senate Majority Leader Mitch McConnell told reporters that the Senate was considering a response to the killing of Saudi journalist Jamal Khashoggi but declined to outline the options.

Senate Majority Leader Mitch McConnell denounced the role of Saudi Arabia in the killing of journalist Jamal Khashoggi, calling it "abhorrent" — and said that it deserves a congressional response.

Breaking with the president, who has said that the CIA had made no conclusions about whether Saudi Crown Prince Mohammed bin Salman was responsible for the death, McConnell said that the intelligence agency has "basically certified" Saudi involvement at the highest levels.

"What obviously happened — is basically certified by the CIA — is completely abhorrent to everything the United States holds dear and stands for in the world," McConnell told reporters Tuesday afternoon. "So some kind of response to that certainly would be in order and we're discussing what the appropriate response should be."

McConnell noted that Defense Secretary Jim Mattis and Secretary of State Mike Pompeo are scheduled to brief senators on Wednesday about the Trump administration's investigation of the matter.

McConnell acknowledged that Saudi Arabia had been a strategic partner of the United States in the Middle East but said that this fact should not shield them from consequences.

"It's always been a pragmatic relationship regardless of who is in the White House," the Kentucky Republican said. "We value their opposition to the Iranians and I think almost no one believes we should completely and totally fracture our relationship with the Saudis, but, yes, some kind of response is going to be appropriate and we're going to continue to talk about that."

There are a range of consequences that could be considered, from restrictions on future arms sales to Saudi Arabia to additional sanctions on Saudi officials to a further scaling back of American assistance in the ongoing Saudi intervention in the Yemeni civil war.

McConnell did not state his particular preference. Senate Foreign Relations Committee Chairman Bob Corker, R-Tenn., also seemed to be keeping his powder dry — advocating a response but without specifying details.

"We have a crown prince that we're pretty sure was involved in killing a journalist, or at least should be responsible for it because it was an organization he directs that did it," Corker said. "We don't want to cut our nose off to spite our face, but there needs to be some price to pay."

Corker also signaled to the Trump administration that Congress would act if the executive didn't — but that it would be preferable if the White House took action immediately rather than waiting for the Senate to pass legislation.

"It would really be best if they would name him as being responsible and take action themselves," he said.

Trump has been resistant to punishing Saudi Arabia for its involvement in the Khashoggi slaying, which occurred in Turkey at the Saudi Consulate on Oct. 2, saying that he wanted to preserve arms sales to Saudi Arabia as part of his "America First approach."

Why Trump Has Continued His Defense Of Saudi Crown Prince

He told reporters last week that the Saudis serve as a strategic counterbalance to Iran and that "if we abandon Saudi Arabia, it would be a terrible mistake."